Transgender Filmmaker Jake Graf has had an incredible year, releasing his second short, Brace, and gracing the covers of QX, FTM, and San Diego LGBTQ Weekly magazines. Graf’s creative talents as a filmmaker have catapulted him to success, but it doesn’t hurt that he has an incredibly classic swag that is hard to ignore. So, we sat down with Graf to learn more about Brace, as well has his personal style. 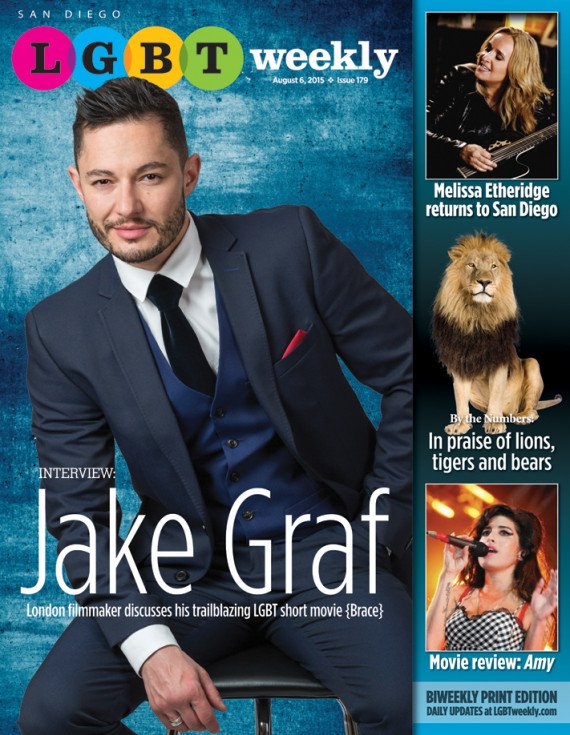 dapperQ: Tell our readers about Brace.

JG: Brace is my second short, which I wrote and co-produced, and in which I play one of the leads. I would describe it as a high end, trans/queer themed short. I wrote it two years into my transition, and then let it sit for a year, while I promoted my first short, XWHY. I was dating the co-director, Sophy Holland, at the time, and had originally been planning to direct Brace myself. When Sophy suggested that she take it on, with her vast background in creative direction and design, it seemed like an obvious choice!

dapperQ: What inspired you to create Brace?

JG: Brace is loosely based on my own experiences of early transition, and the changes that I was feeling, and so writing about it really helped with those. Also I was tired of the lack of trans masculine representation on television, or on the big screen, and wanted to address that, in even the smallest way. I think that if we as a community are not telling our stories, then we have no one but ourselves to blame when we bemoan our lack of visibility on screen. Besides, who better to tell the story of what it means to be trans than us?

dapperQ: Why did you name the film Brace?

JG: Sophy and I spent many weeks thinking of a suitable title for the film, and I’m a big fan of one word titles, so that was what we aimed for. For us, Brace referred to the similarities between the two male leads: a brace of birds, a pair, a coupling. There was of course also the idea of bracing yourself for news, or for a shock, and of course a brace in architecture which serves to hold and support, so the many meanings were what made us decide on Brace!

dapperQ: Can you talk a bit about the lack of visibility and storylines for trans men in film and how Brace is addressing this?

JG: Growing up, I never saw myself on screen, and for a young trans boy, who lived pretty much in his head, or vicariously through the male heroes that he saw on screen, that was a hugely isolating, lonely and scary thing. The first time I saw a trans man on screen was Hilary Swank in Boys Don’t Cry, and I can scarcely imagine a more terrifying or upsetting portrayal or the trans male experience. That film hit me so hard that I am unable to watch it now. Even now, with Transparent, OITNB and The Danish Girl (the new Eddie Redmayne film, in which he plays the first trans woman to undergo reassignment surgery), there is still a dearth of trans men on screen. Whilst Brace was a very personal and cathartic project, I also knew that it would be filling a bit of a void. The response has been phenomenal. 45 film festivals worldwide, awards, and over 18K views online so far, plus a real outpouring of love and support from the community.

JG: I had always been attracted to women, from a young age. That I liked girls, and that I was a boy were the two things of which I was absolutely certain. From the age of about three, and as early as I could vocalise it, I would tell my mother that I wanted to marry such and such girl in the playground, and this attraction to women carried through my years on the lesbian scene, and even into my early transition, when I was lucky enough to be dating a stunning, kind and caring woman. It was only after about two years on testosterone that I suddenly started noticing other guys. After a while, it was all I could think about, and that precipitated the end of my three year relationship, and my first venturings onto the gay male scene, and it was this that inspired Adam’s journey in Brace. Now, seven years in, my own attractions have leveled out, and I am now drawn simply to strong, bright and kind people, regardless of gender, so maybe that would be Adam’s experience if I ever wrote a follow up to Brace!

dapperQ: Filmmakers are acutely aware that wardrobe stylists and costume designers are paramount to enhancing the characters’ personalities. How has Brace leveraged style to tell the stories of its characters?

JG: The aesthetics of Brace were meticulously planned by co-director Sophy Holland. She is an NY based creative director, and her eye for detail and visual flair is phenomenal. The wardrobe, hair and make up were all overseen by her, and each character’s look reflected their personality perfectly. Rocky was scruffy yet slick, with a rocky(!) vibe, Adam was typical British middle class, with a queer twist, and Ryan’s incredible outfits and hats were all one off pieces by various London designers, who kindly loaned us their creations. All of the actors fell in love with their wardrobes, including myself, and we had a hard time wrestling some of it back! 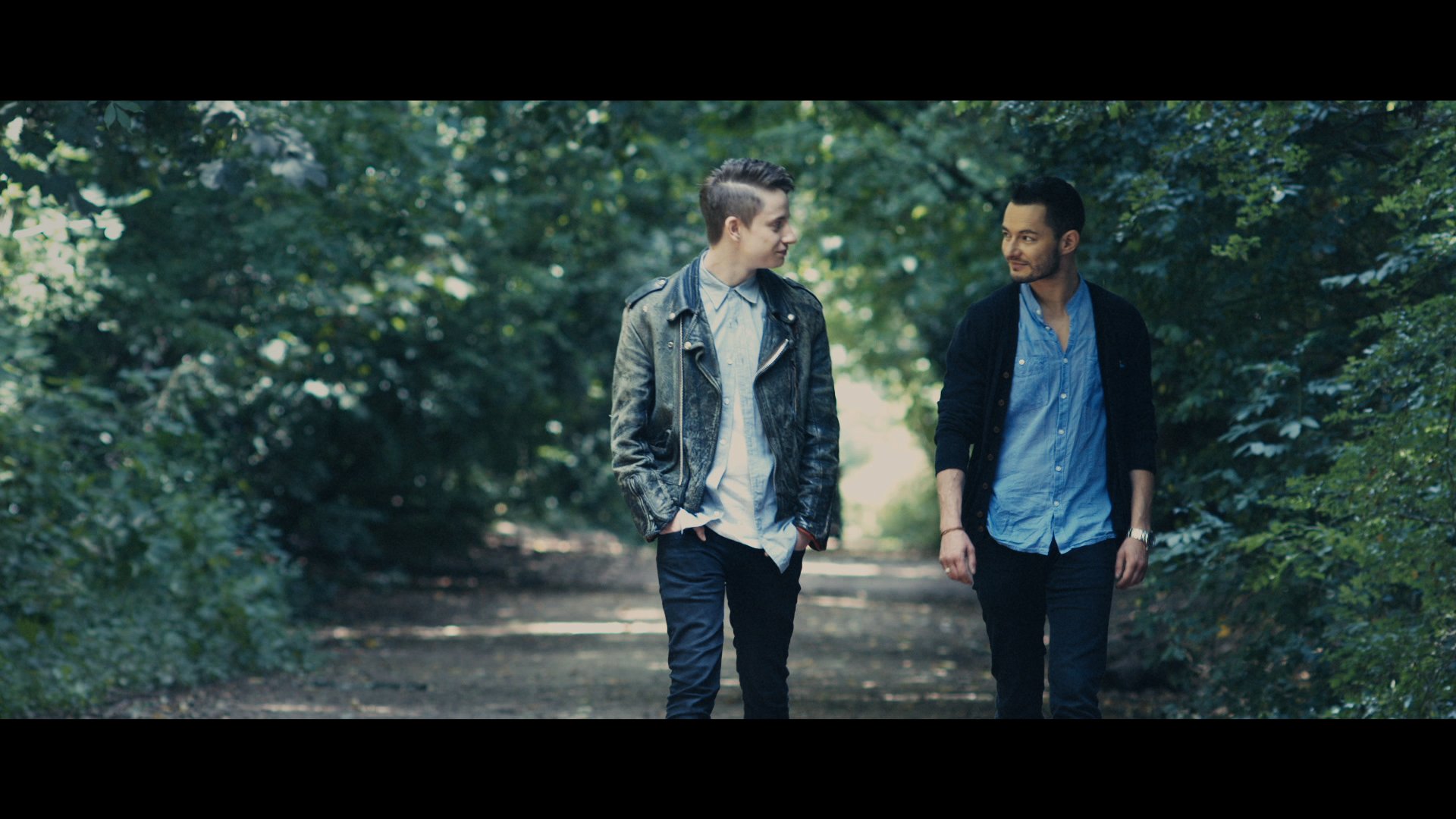 JG: I have always been more of a dress down kind of guy, but I think that was more due to the fact that pre-transition I would just wear the baggiest possible clothes, and make more of an effort to blend in, and disappear, rather than stand out because of what I was wearing. In the last few years, I have embraced a smarter, slicker style, and there is nothing I like more than finding an occasion to break out one of my suits or a tie! I work with children on a daily basis, which funds the films and writing, so there is little opportunity to dress it up when you’re tearing around with under 10’s all day! 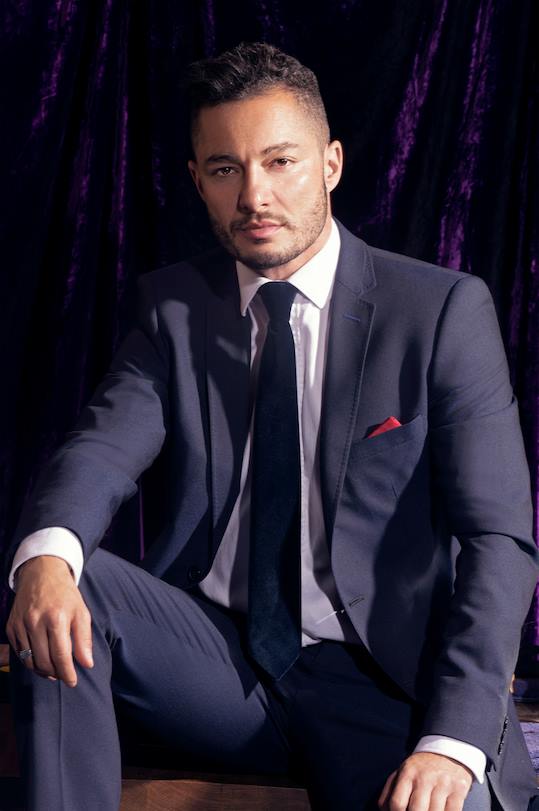 JG: To be honest, other than my favourite Stonewall t-shirt, with the powerful slogan ‘Some People Are Trans, Get Over It!’, that I wear often and proudly, I wouldn’t even consider politics whilst dressing myself, whether intentionally or not..! 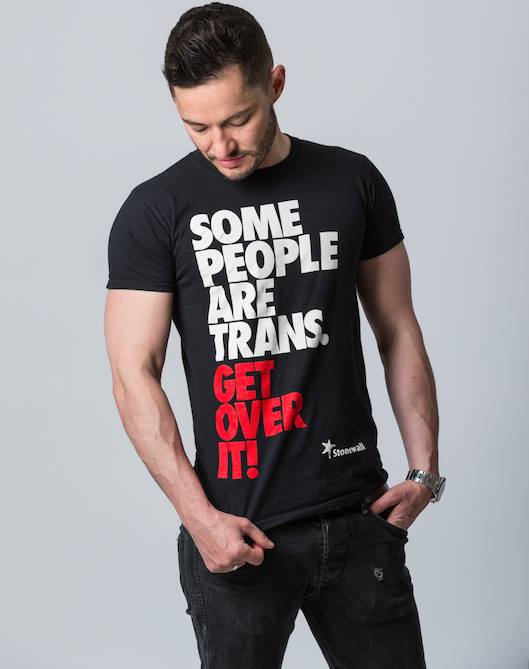 dapperQ: Where can our readers find you when you’re not working?

JG: On the rare weekends when I’m not working, I see friends, my god son, my incredible mother, who has supported me unwaveringly through all of it, and try and catch up on a movie or two. One of my favourite places in the world, other than Manhattan, is London’s Southbank, which houses the British Film institute, Big Ben, the London Eye, and which has stunning views of the river. I try and get there as often as possible.

JG: I am shooting the next short in less than two weeks, and it also has a trans theme, and two phenomenal leads, and I also have a small part in the upcoming The Danish Girl, which just premiered at Venice and Toronto to great acclaim. My production company, Up and Up Productions, is gearing up for its first feature film, which examines the possibility of the first Queer Republic, and I am working on two web series, and a TV pilot.

I am also really excited to be working more extensively with Europe’s biggest LGBT charity, Stonewall, amongst others. Things are changing so rapidly for the trans community, and it really does seem like this is a turning point, and that we are all a part of something powerful and historic, and I want to do everything I can to make sure that trans visibility and positive representation is here to stay.