When one of dapperQ’s readers suggested that our staff apply to speak at South by Southwest (SxSW) 2016, I could not envision how our mission of leveraging queer style to create positive social change would be relevant to the event’s programming. Aside from SxSW’s film and music festivals, I always thought of SxSW’s third major showcase, SxSW Interactive (SxSWi), as focusing primarily on the latest Silicon Valley gadgets and lingo.

However, in 2015, SxSW introduced Sxstyle to its SxSWi convergence events, which include unique programming in industries like food (SouthBites), sports (SXsports), gaming, comedy, and more. Last year, HuffPost Style forecasted that SxSW could become even more important that New York Fashion Week (NYFW) based on the fashion industry influencers who attended Sxstyle’s inaugural lineup.

Even still, where would queer style specifically fit into the world of fashion tech: 3D printing, wearable tech, robotic manufacturing, and the like? The answer was simple. In today’s fashion world, fashion brands are utilizing multiplatform networks across a wide range of verticals to reach diverse audiences. However, this is true not only of fashion, but also of modern global activism, including fashion activism. With this in mind, I submitted to SxSW’s “Panel Picker” a proposal on behalf of dapperQ to produce a panel, moderated by me, that would feature some of the most respected thought leaders in the queer style industry: Sonny Oram of Qwear; Leon Wu of Sharpe Suiting; and Aja Aguirre of Fit for a Femme.

The panel, titled “Queer Style: Visual Activism & Fashion’s Frontier,” was selected to be part of Sxstyle’s 2016 programming. (It was the first ever queer style panel at SxSW.)  Ours was not simply selected as the token critique of the mainstream fashion industry. Sxstyle’s roster also included “Breaking Beauty: Disruptive Technology and Cosmetics,” a panel that discussed how technology is liberating women (and men) from ‘the beauty myth,’ as well as “Acceptance Revolution: Fashion’s New Body” featuring presenters Ashley Graham, the first plus-size model to be featured on the cover of Sports Illustrated’s Swimsuit Issue, and Joe Zee, Editor-in-Chief of Yahoo Style.

All three panels explored ways in which activists are utilizing various technologies to advance diversity revolutions in fashion. During “Breaking Beauty,” presenter Adriana Coppola reminded us that beauty images are often used as a means of social control and pointed out that, in today’s Tinder and Instagram world where our faces are “real estate,” we’re more judged than ever. She states, “You’ve got apps like Instagram which are kind of creating this false reality around beauty, where it’s not just kind of the girls on the covers of the magazines who are filtered anymore. It’s all your friends on Instagram.” Even so, Coppola does not believe that technology is just another form of “beauty fascism.” Instead, she believes that technology has the power to free us from the beauty myth by allowing more diverse expressions of beauty, empowering us to identify when we’re being misinformed by the beauty industry, and making beauty more personal.

Graham, a self-described “body activist” who works towards reshaping conversations around size and beauty, exemplifies what Coppola is arguing. At her panel, she stated that she has posted un-retouched images of herself on Instagram to promote self-love, health, and confidence among her 1.5 million followers.  With the democratization of beauty, influencers like Graham are able to create communities of common values where beauty norms are being shattered. 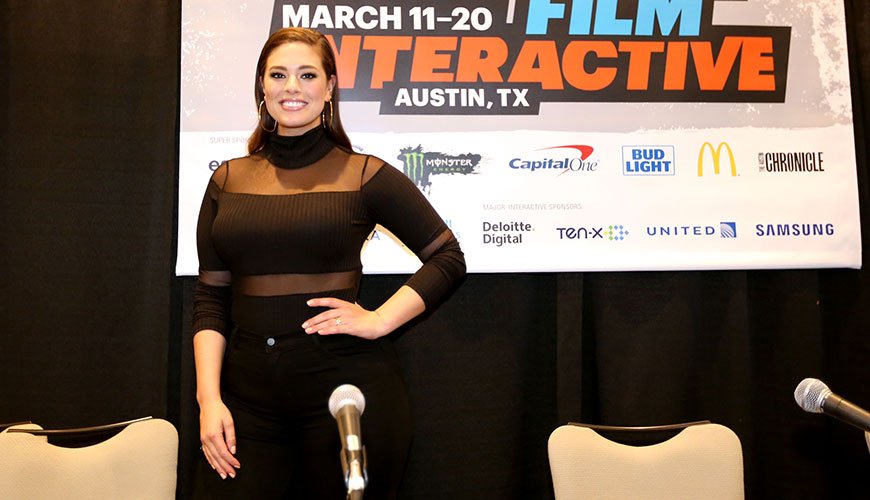 Ashley Graham at SxSW. Image via Self.

Beyond Instagram, Sharpe Suiting, Fit for a Femme, Qwear, and dapperQ are advancing equality, acceptance, and queer visibility on fashion show runways, blogs, social media, and even within the threads of clothing itself. (Sharpe Suiting’s Andropometrics™ is their trademarked technique for measuring all bodies to create clothing unbound by gender.)  These platforms are helping people become the creative directors of their own beauty and style by providing inclusive, transparent language and access to brands that encourage greater personalization. 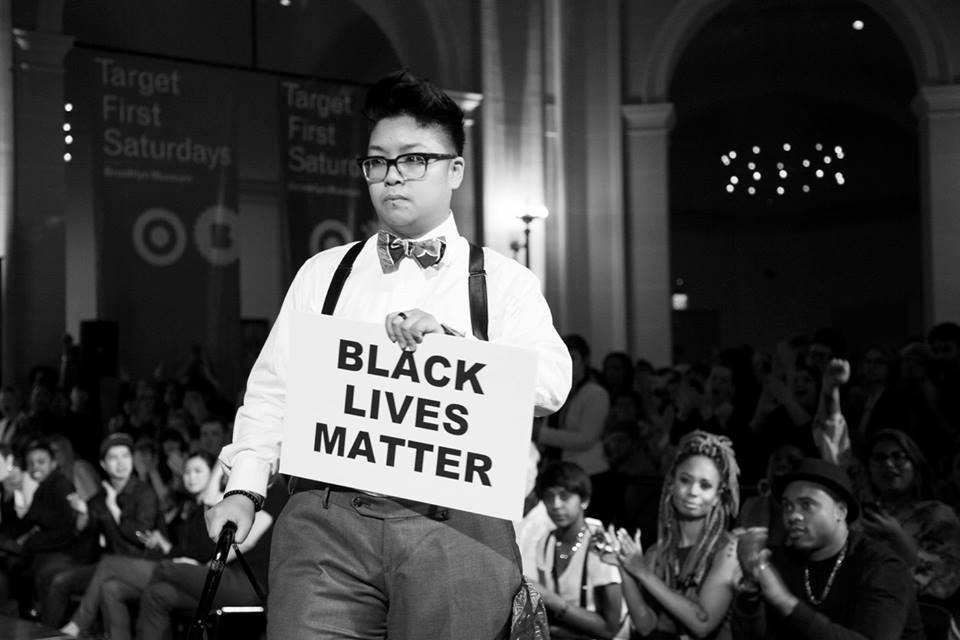 Fashion and beauty have always been political. They are socially constructed languages that vary across time, culture, class, race, ethnicity, religion, and gender, to name a few. Alexander Fury once stated, “Clothes are politicized objects, a sartorial billboard, a manifesto on your back. You can still be arrested for wearing the wrong thing in the wrong place — and, beyond the laws of basic public decency, that’s because people often don’t want to hear what your garments are telling them.” I would add that people can be denied housing, employment and healthcare; can be bullied and harassed; and can even be murdered for their clothing. Style as activism has significant emancipatory potential for society beyond increased diversity within profit-generating fashion industries. This year’s Sxstyle programming demonstrated SxSW’s commitment to providing a platform for style activists. I hope that this is just the start of a rich legacy that places SxSW at the forefront of an acceptance revolution in style, setting Sxstyle apart from some of the world’s leading fashion weeks, which perpetuate oppressive gender and beauty norms. In the meantime, check out recorded audio of the live panels here: