My boss offered me an extra ticket to a football game. I’m gunning for a promotion and want to impress him and his wife. They won’t mind if I dress masculine. That’s not the problem. I just don’t want to show up in sweatpants and a jersey.

It doesn’t matter if you are going to be watching football with your new in-laws after a holiday dinner, are chumming it up with your boss and a client at the ballpark, or are single and cruising at a playoffs get together; you can still manage to make a good game day impression without looking like you’re going to a business meeting or as if you’re suiting up to play in the game yourself. In fact, here’s some inspiration. Do note, however, that I provided lists of where you could get similar items. As someone who reads a lot of fashion blogs, nothing is more frustrating than seeing something I love, clicking on the link provided to purchase, and then finding out that the item has been out of stock for two years. 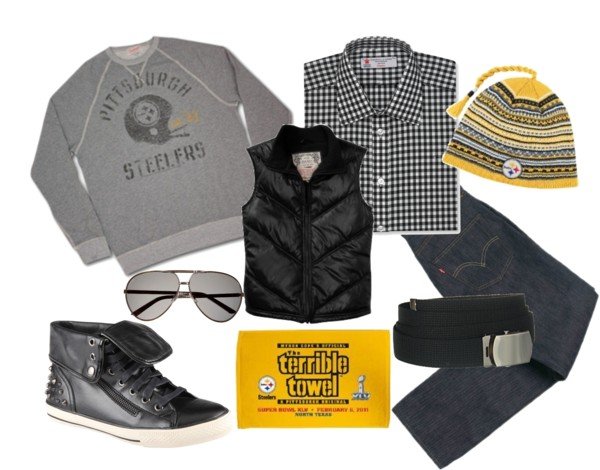 Shop this look: Similar vintage Steelers sweatshirts can be purchased at Wear Your Beer, Fans Edge,  CBS Sports, and Football Fanatics. Gingham dress shirts sold at Bloomingdales, Aeropostale, American Eagle, and Abercombie.  Similar black puffy vests for purchase at Old Navy and the Gap. High-top sneaks by Aldo. Jeans by Levi’s. Terrible Towels and hats can be found at Football Fanatics and Fans Edge. Canvas belts for sale at Buy.com. Aviator glasses can be purchased anywhere from Gucci to street vendors. 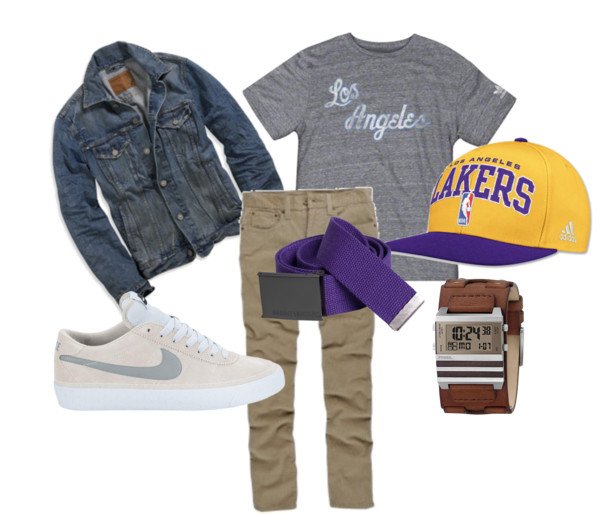 Shop this look: Jean jackets sold at Levi’s, Old Navy, and the Gap. Similar vintage Lakers t-shirts can be purchased at Fans Edge and Football Fanatics. Slim tan 511 corduroy pants by Levi’s. Lakers hats can be found at Football Fanatics and Fans Edge. Similar Nike sneaks sold at Nike and Martini Skate and Snow. Canvas belts for sale at Iced Out and Buy.com. Similar Fossil wood watches can be purchased at Fossil or Amazon. 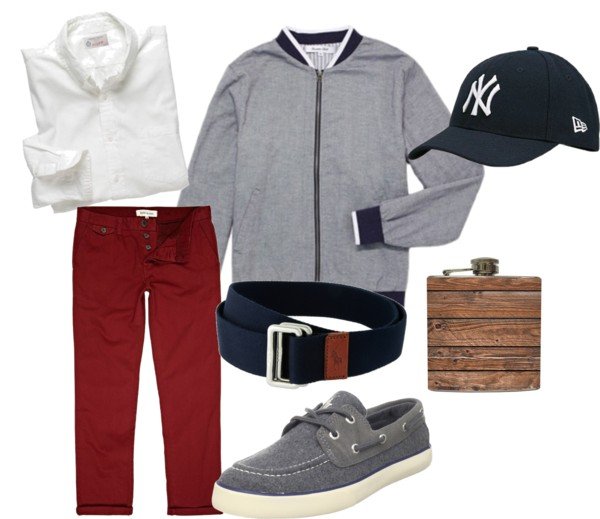 Shop this look: Similar varsity sweaters and jackets sold at Lift Luxe, Forever 21, Ralph Lauren, and Tommy Hilfiger. Colorful cargo pants can be purchased at the Gap, J-Crew, and Old Navy. Yankees hats can be found at Football Fanatics and Fans Edge. Similar boat shoes sold at Steve Madden, Aldo, and Ralph Lauren. Canvas belts for sale at Ralph Lauren, Iced Out, and Buy.com. Similar handcrafted flasks can be purchased at Etsy. 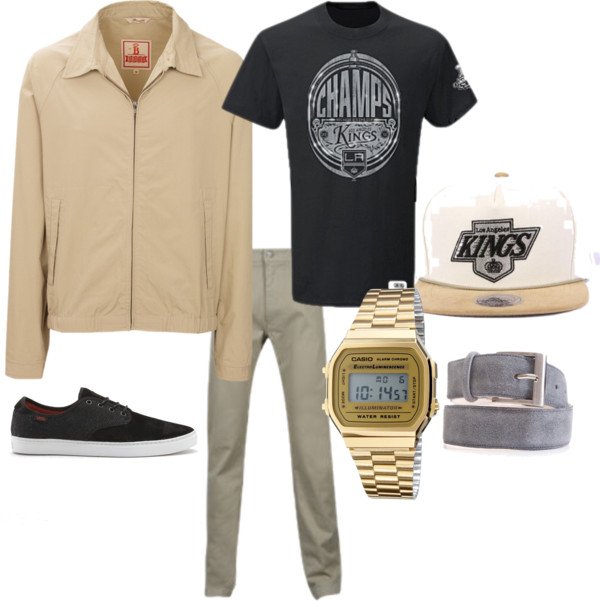 Shop this look: Baracuta windcheater jacket from the one and only Baracuta Original Jackets and Coats. Colorful cargo pants can be purchased at the Gap, J-Crew, and Old Navy. Kings hats can be found at Mitchell & Ness, Football Fanatics, and Fans Edge. Vans sneaks sold at Vans. Gray belts for sale at Cole Hann, Shop Style, and Zappos. Similar Cassio digital watches can be purchased at American Apparel and Amazon.