1992: International Space Year.  The leap year that gave us the give of Boyz II Men’s “End of the Road” and Silence of the Lambs. The  year the Toronto Blue Jays became the first non-American team to win the World Series. The year that skateboarding ruled the concrete. 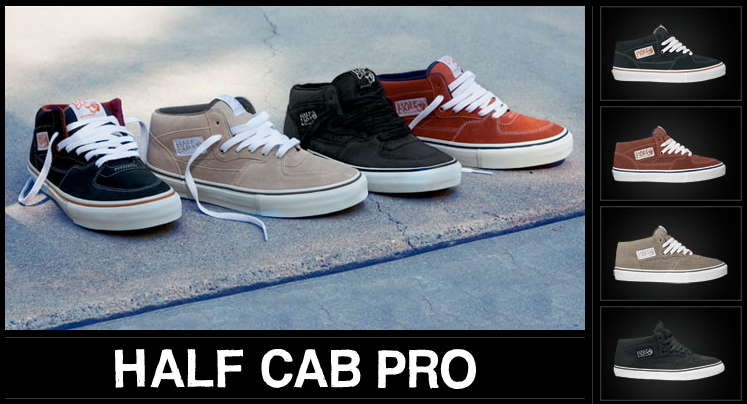 I’m talking about 1992 so much because it was when my new sneakers’ style was born. They’re Vans Half Cab Pro 1992 repros. And they are as rad as the birth of the World Wide Web. Like any sneaker I suggest, this one is available in small sizes, and there’s also a kids’ version if you go below a 6. Vans has also released a ton of different Half Cab offshoots in bright colors that you can find at your local skate shop if you’re lucky.

Wear them with pants for a low-profile shoe, or with shorts to show off a punkier style. They even throw in an extra pair of laces so you can switch things up depending on the day.  Be forewarned: if you need high/good arch support, I’d definitely put inserts in these- they, like most skate shoes, are flat at the bottom. Sneak Freak out!

Written By
Dana Variano
More from Dana Variano
All of us dapperQ’s think we have the “it” spot in our...
Read More