The dapper Belinda O’Hooley and Heidi Tidow of the British chamber-folk duo O’Hooley and Tidow discuss their new, masterfully written and executed album and their amazing fashion style. Images by photographer Casey Orr. 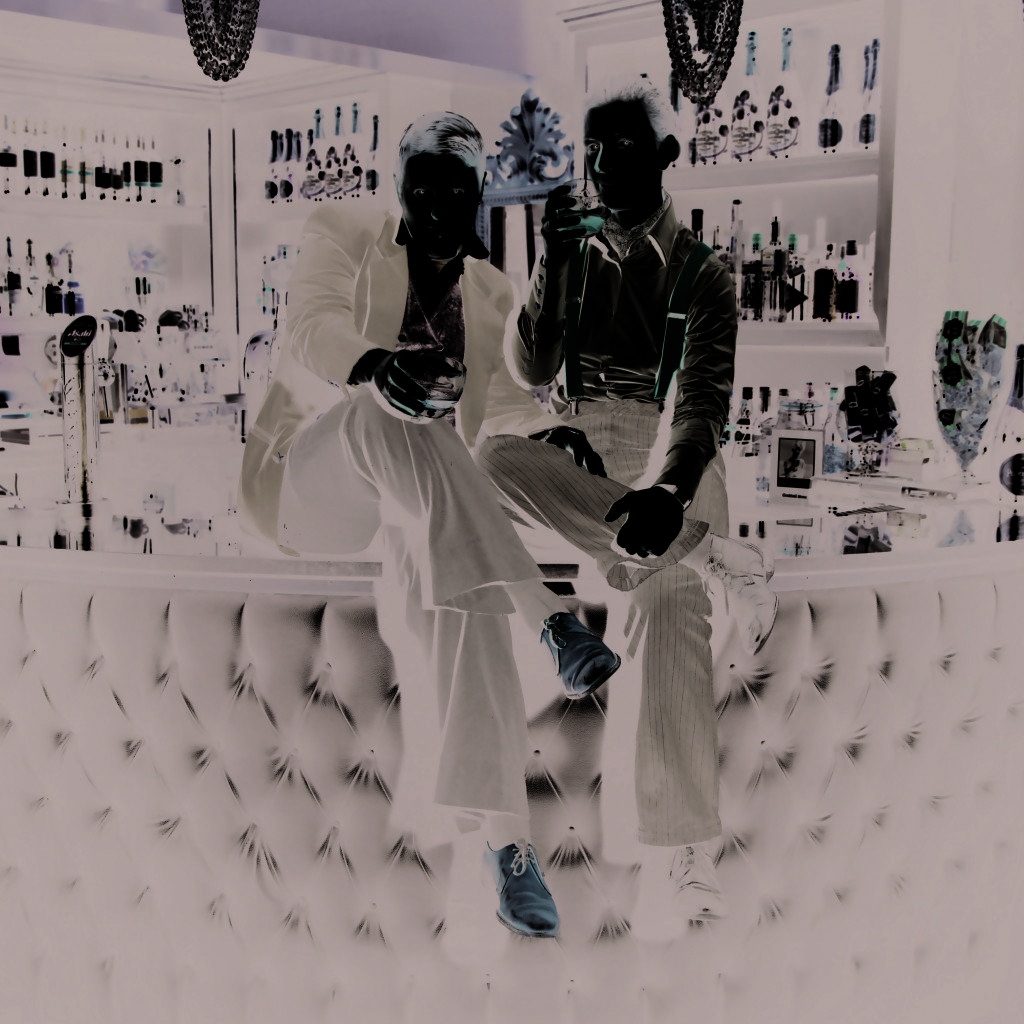 dapperQ: Can you give us a brief history of the band?

Belinda: We met a few years ago when we were both performing solo gigs. I was very taken with Heidi’s unique voice and asked her to sing on some of my songs. From that, we realised we had something special in terms of how our voices complemented each other’s and also our flair for writing unusual songs. We are on our second album together now.

dapperQ: Do you feel that your city/region influences your style?

Heidi: Yes, we are very inspired by where we live, it’s very rugged and hilly; we spend a lot of time walking here, discussing song ideas. I think the landscape, history and people of our area are very much knitted into our music. For example, our song ‘Gentleman Jack’ is based on the 19th Century landowner, rural gentlewoman and lesbian diarist, Anne Lister, who lived at Shibden Hall in Halifax. Her diaries painted a rather different picture of how it was to live during those times as a woman in Yorkshire.

dapperQ: What other bands/performers are you listening to right now? Do they inspire your sound?

Belinda: We’re both really into the music of June Tabor, a strong female folk singer with a very big presence. Her accompaniment is stark piano against the rich, deep timbres of her voice and has definitely helped fashion our sound. Heidi has been compared vocally to June, which I think is to do with them sharing a similar tone. She is very flattered! 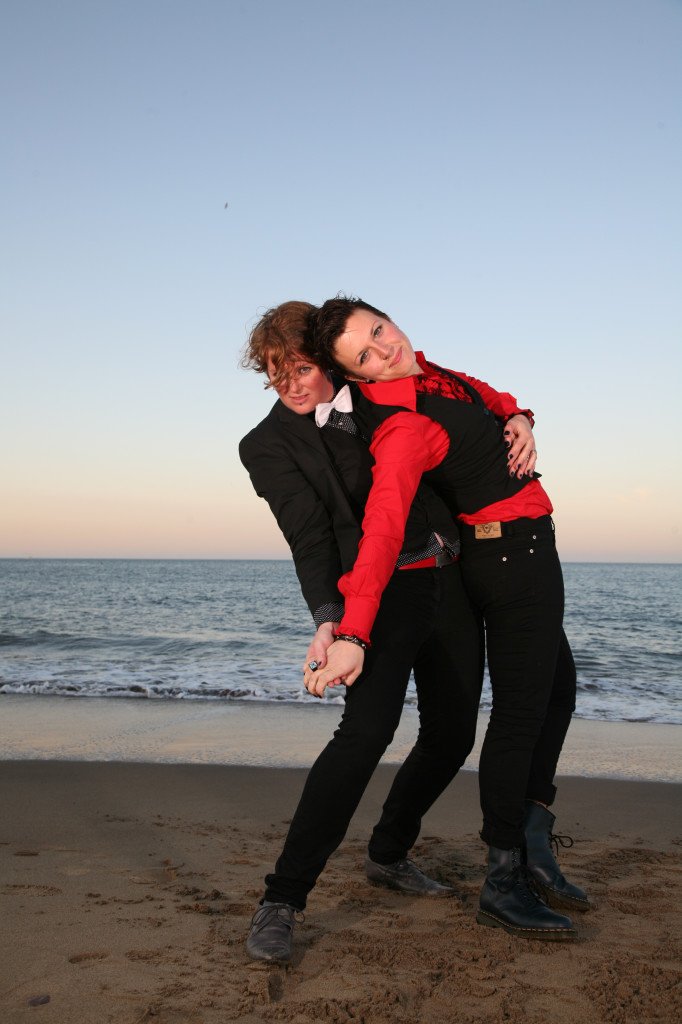 dapperQ: You describe yourselves as dapper gentlewomen and purveyors of chamber folk. Can you tell us a little bit about your fashion style?

Heidi: We’re really into dressing up for our concerts: nice shirts, waistcoats, bow-ties, but teamed with skinny jeans and generally men’s boots or brogues. I would say our look is quite androgynous; most of our clothes are men’s but we both like to wear make-up and nail polish, and blur gender boundaries.

dapperQ: Have you always dressed dapper? If not, can you tell us a bit about the evolution of your style?

Belinda: Not as dapper as we do now! I think over the past couple of years, we’ve both really got into tailored outfits and enjoy experimenting with different haircuts, shirts, ties, bow-tie combos. We work with an amazing photographer, Casey Orr, who has encouraged us to ‘go for it’ when deciding on clothes for album photo-shoots, the more extreme the better. The photos are always very well received and we have started to get a reputation for being a well-dressed duo.

dapperQ: What is the one item of clothing you cannot live without?

Heidi: The waistcoat! It hides a multitude of sins…

dapperQ: Who are your fashion icons/inspirations? If you could raid one person’s closet, whose would it be?

Belinda: Without a doubt Annie Lennox. Growing up, she was my icon and I think she still looks incredible now. I love that she blurred gender lines with her short hair and men’s suits at a time when most other female performers were overtly feminine. I was given a jacket by Annie Lennox made by Ralph Lauren in pure silk tartan. She wore it once – for her concert in New York’s Central Park in 1995 and I can’t quite believe that I have got it. It’s far too small for me, unfortunately!

Heidi: I loved the outfits on the TV adaptation of “Tipping the Velvet” – especially Nan King, she looked so dapper, groomed and very cute!

dapperQ: Many of our readers find it difficult to find masculine, dapper clothing that fits. Can you share some of your “fit” tips?

Heidi: We have that issue too. I can’t generally wear men’s trousers, as I’ve got quite womanly hips and bottom, so I still buy women’s jeans and trousers, but go for the ones without all the frills and sparkly buttons. A lot of the high street shops have a good selection of less girly jeans, and if you team them up with a nice pair of men’s boots, [you] can still look really dapper.

Belinda: I have quite big boobs, which means that I have to buy men’s waistcoats that are a bit too big everywhere else. It is a bit of a problem and I am considering getting some made-to measure waistcoats because of this. 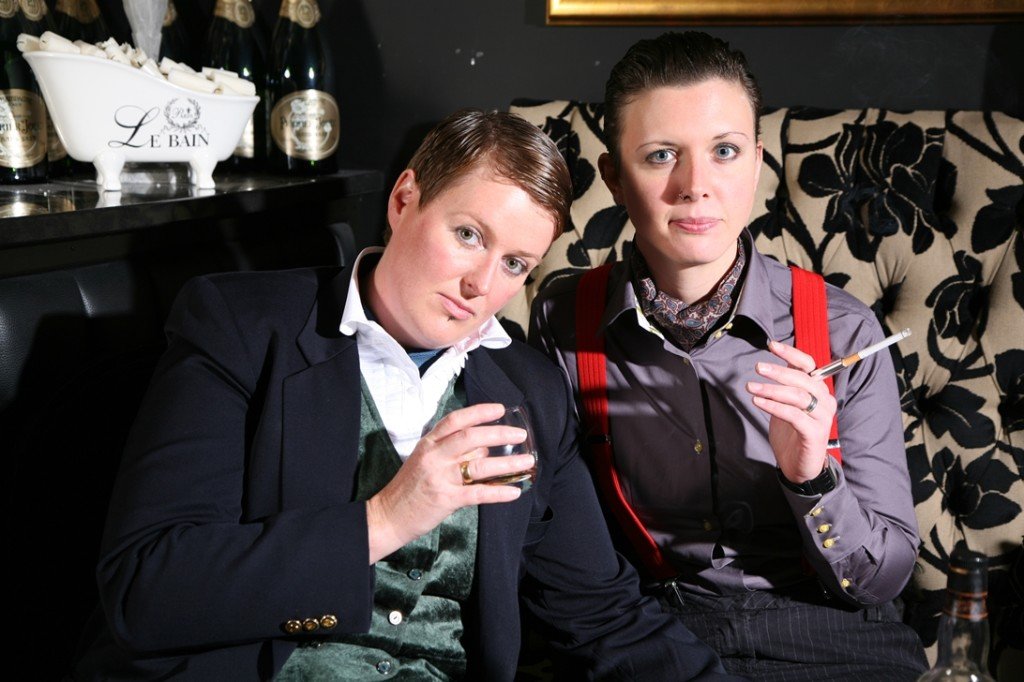 dapperQ: What are your favorite shops/boutiques?

Belinda: Pop is a boutique based in Leeds which sells recycled retro clothing. The menswear is right up our street and we buy most of our shirts from there. They tend to fit really well even though they are for men – I think there is lycra in them. We both trawl charity shops for waistcoats and suit jackets as you can pick up some real gems.

dapperQ: Your new album, The Fragile, was released in February 2012. How did you come up with the title for this record? How would you describe the album’s sound and what influenced the sound?

Heidi: There’s a song on the album called ‘Mein Deern’ which is about the dying hours of my grandmother; it starts with the line ‘the fragile hours pass quickly’. We thought ‘The Fragile’ had a lovely sound to it, and seemed to be appropriate, as the theme of vulnerability – in humans, relationships, nature, animals and society – runs through the album. Our music has been described as ‘experimental chamber-folk’, meaning the music encompasses elements of folk and classical influences. At the heart of our music is Belinda’s imaginative piano playing, and our 2 voices with lots of harmonies and interchange. Some of the arrangements are quite stark, but are augmented with strings, some accordion and sometimes percussion.

dapperQ: Will you be touring for this album? If so, where can our readers find you?

Belinda: We’ve already been touring for the last couple of months around the UK with many dates selling out, and we will continue gigging for at least another 12 months including summer festivals. We’d love to come and play in America, so maybe one day! Check out tour dates on our website! 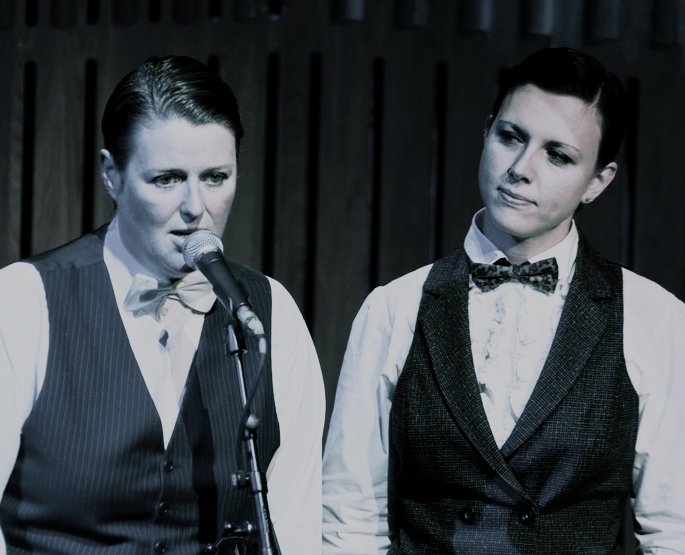