This is the first in a series of articles covering masculine-of-center street fashion seen in and around Texas.

At times, living in the South, it may feel like you’re a lone masculine-presenting wolf floating awash in a sea of gender normativity. (Because wolves float in seas. Duh.) But every magic once in a while you float by another wolf, and you give them a proud lesbian nod of approval that says “I like your outfit.” This is a tribute to a few of the mystical sea-wolves I’ve encountered around Texas this fall. Stay beautiful, y’all. 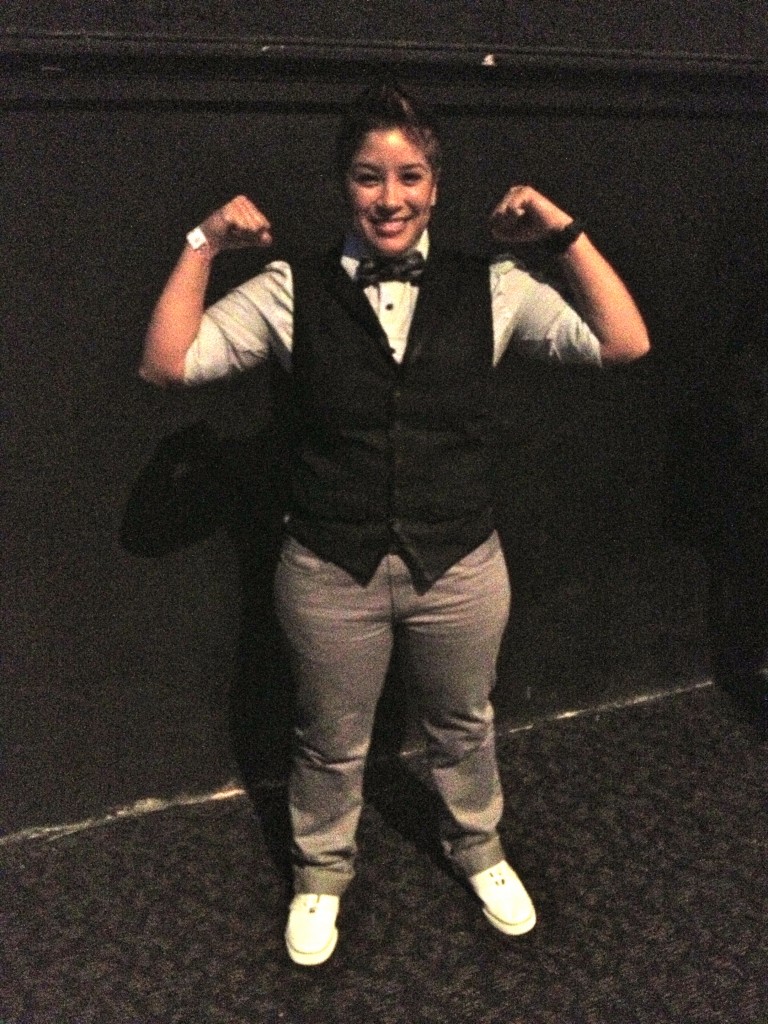 SHARON NEEDLES (Hello RuPaul fans, are you jealous?! You should be) played Frankenfurter in the Woodlawn Theater’s October production of The Rocky Horror Show. So of course all of the gay people and freaks in Texas ran, en masse, to San Antonio, walked the beautiful River Walk, and did the Time Warp. One of those gays is Corina, from Corpus Christie. Corina is a marine who served two tours in Iraq, and currently works as a federal agent in immigration. The night of Rocky Horror, Corina was sporting a sweet fauxhawk, Pumas, an American Eagle belt with slim fit jeans, dress shirt, bowtie and vest from Express. “I like to find one store where things fit me and do most of my shopping there,” says Corina, adding that “When it comes to formal wear or dressing up, there’s no other way I could be. This is just who I am, and this is what I like.”

Here is a gratuitous picture of me dressed as Brad meeting Sharon Needles. 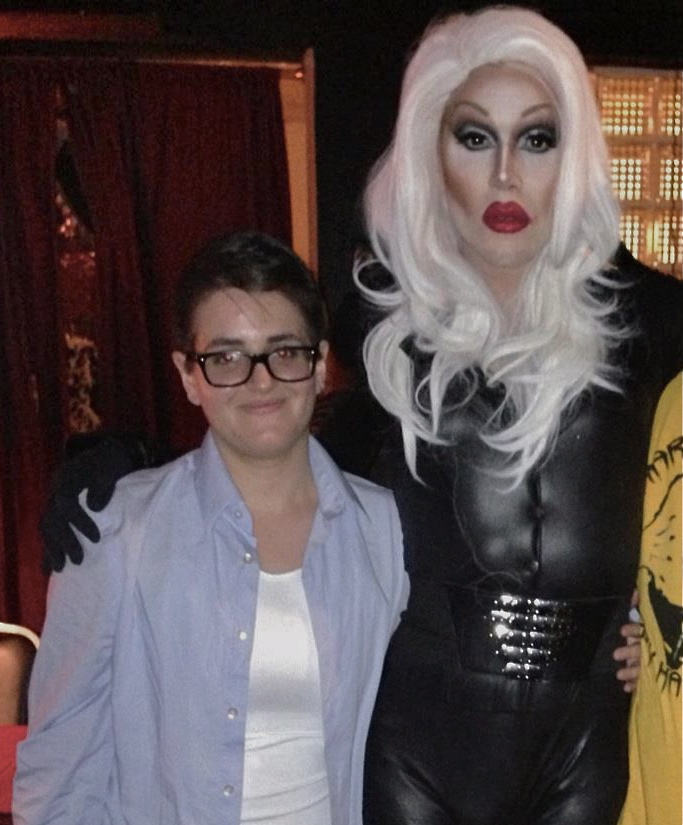 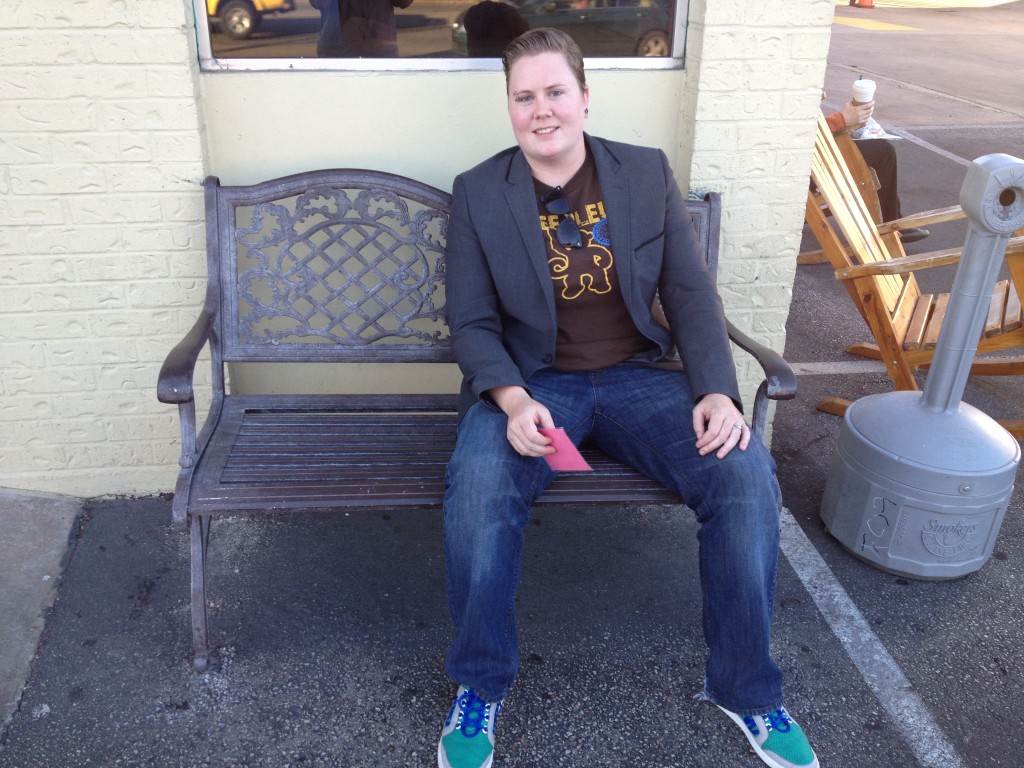 You never know who you’re gonna run into while getting your oil changed. This time, I ran into Alexis, the mastermind behind queer Austin-event-aggregate-calendar Communicate Queerly, and most recently one of the producers of the Kings N Things, Austin’s premiere drag troupe. Alexis was rocking some ’50s throwback style, with a sick slicked-back haircut, a blazer from TopMan, a clever Three Sheets t-shirt, pants from Target, aviator shades, and shoes bought on fab.com. 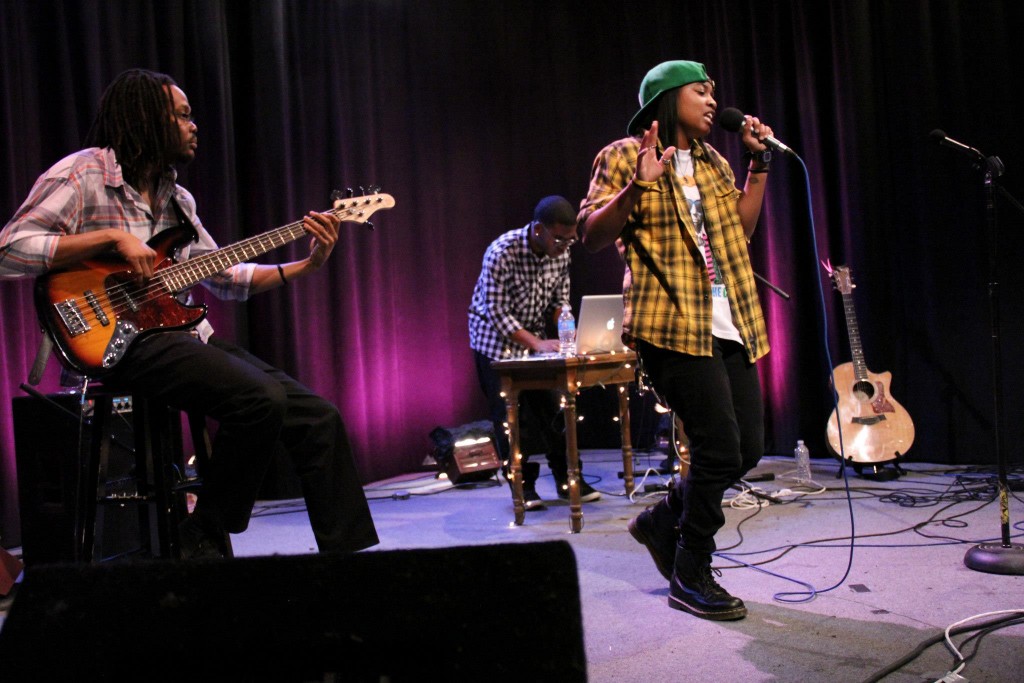 And now I leave you with Megz Kelli’s extremely relevant song “Shoes and Money,” off their album Creature Creative:

Written By
Joelle Zigman
More from Joelle Zigman
From what I understand, there are a lot of women out there...
Read More