Dragged Out is the most diverse drag show in the Midwest, showcasing talented kings, queens, burlesque performers, go-go dancers, and gender-bending illusions.  The show originated at the Town House Bar in St. Paul, Minnesota in 2006 and still calls the Town House home, while taking opportunities to travel, bringing drag to other venues and areas.

The core cast consists of 10 fabulous performers, with additional guest stars gracing the stage every month.  Dragged Out’s performers have regional, and often national, reputations.  Hosted by Miss Trish and directed by Zsuzsi “Xavier” Bork and Aj Letourneau, you can see their show every third Friday of the month at the Town House Bar.

A gender queer performer, best known for variety and humor.  Xavier performed at various charity and benefit events around the Twin Cities, including the recent fundraiser for Animal Arc and trans benefit shows.  He has also been seen performing around the Twin Cities for the past 12 years, as well as various other parts of the Midwest and even going out as far as Seattle.  An original cast member of Dragged Out and currently show director.  Outside of performing, Xavier enjoys his time being a massage therapist and yoga instructor. 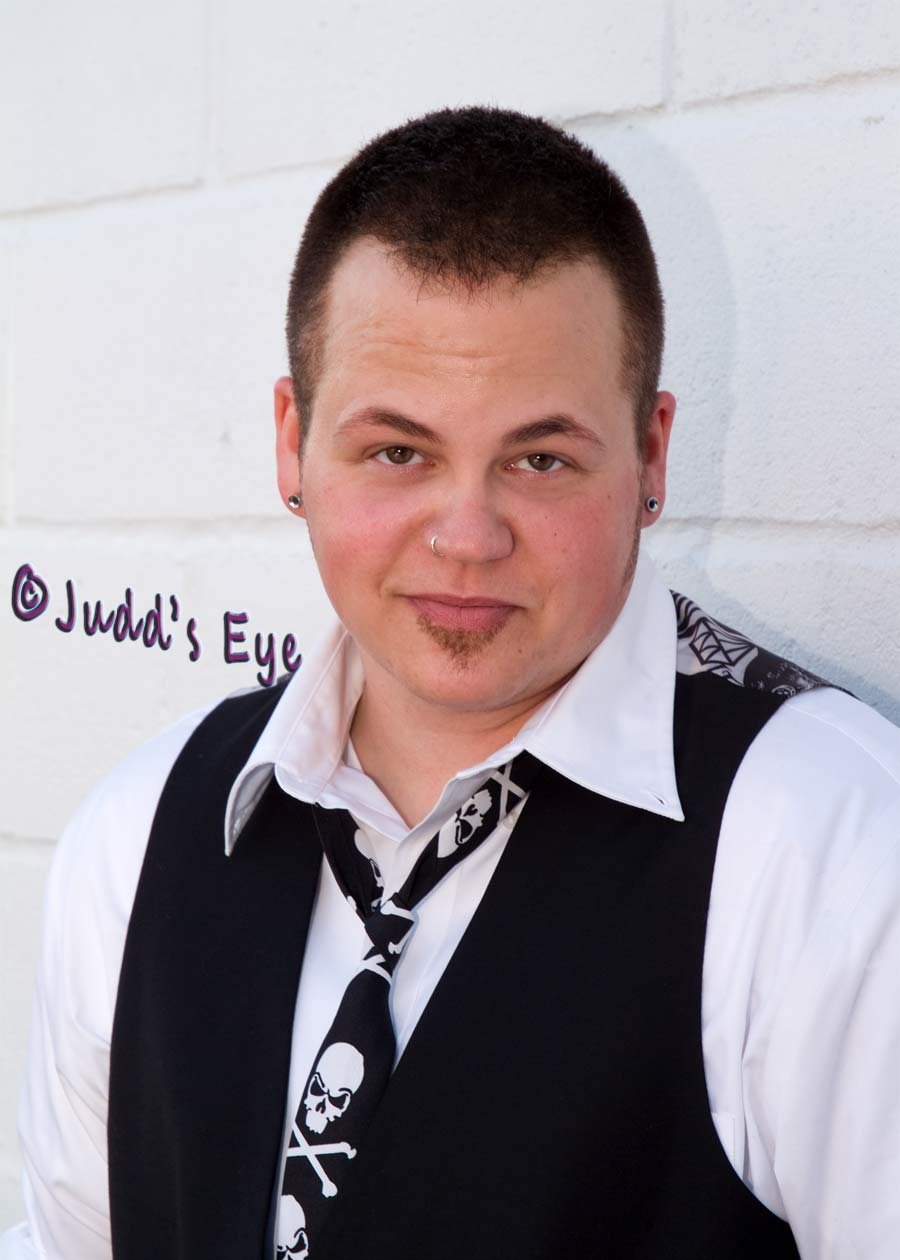 Aj is a Trans King, best known for his dark performances and versatility.  Aj has performed at various charity and benefit events around the Twin Cities, including animal related fundraisers, a benefit for MS, and many trans-related benefit shows.  He has been seen performing around the Twin Cities for the past 12 years,  at one time performing at the very popular bar Club Metro.  Aj is an original cast member and currently co-directs the show. 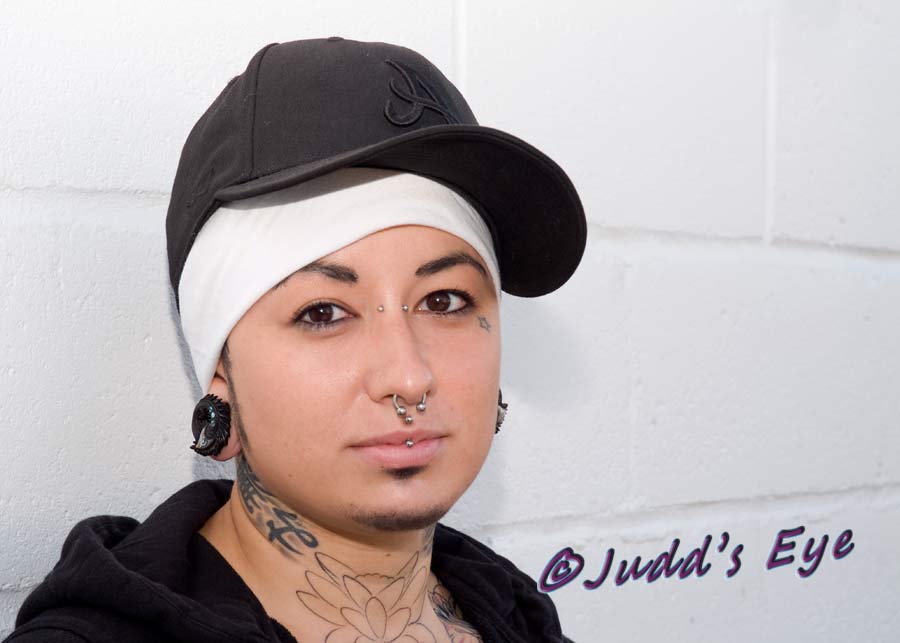 Damien began performing in 2004 at the Gay 90’s under the show director known as the “gentleman of La Femme,” Joshua. He accidentally found his way into this show originally intending to do a night at ammature drag night (which unknowingly was a queens only show) and luckily ended up accepted into the 24k Kings by Joshua after seeing his one Michael Jackson performance that he was “allowed” to do since he traveled out to perform. Damien also did a couple shows at the American/Club Underground and at District 202 in Saint Paul and Minneapolis before moving to attend college in Saint Cloud, MN. While attending school he did several college night drag shows and did a few guest spots in Fargo, ND. Damien also traveled to Pensacola, FL to do a drag competition at a bar called Emerald City and won first place.  After graduating college Damien tried out for the cast of Dragged Out at the Townhouse and was given a warm welcome after his try-out by both the crowd and show directors. While continuing to do shows with Dragged Out, Damien also did some performances with Get Bent at Rumours/Innuendo Bar in downtown Saint Paul. Damien is best known for his Michael Jackson impersonations, wild costuming and unique dancing abilities. Outside of performing, he is currently a tattoo artist at Schmitty’s Tattoo in White Bear Lake, Minnesota. 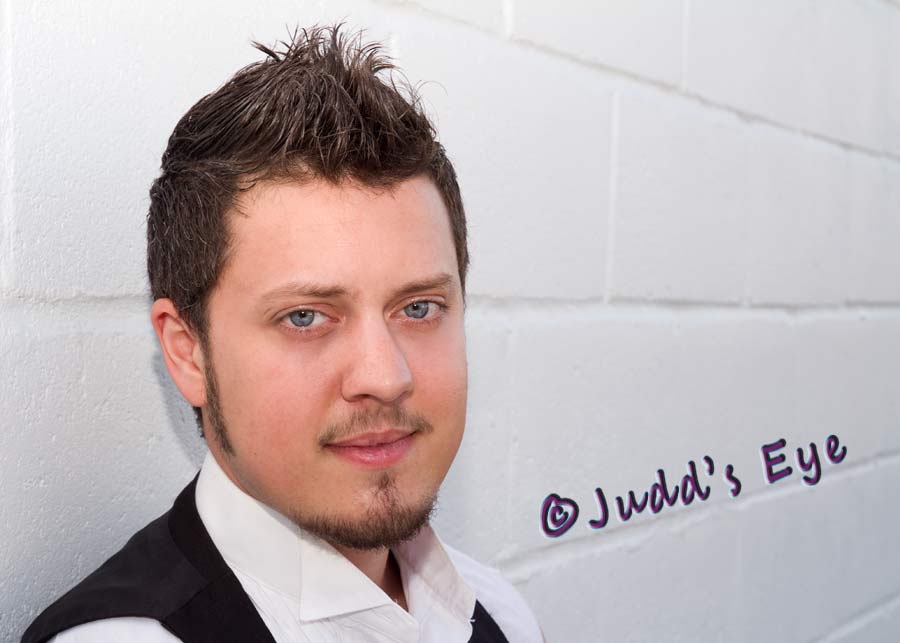 Taiyo started his drag career at the Brass Rail in 2006, where he did weekly shows for almost a year before he moved on to include other venues.  He has been with Dragged Out since the end of 2007 and really enjoys the fantastic relationships he has built while performing with such a fabulous group of people.  Taiyo began transitioning in December of 2007 and no longer considers himself a “drag king,” but prefers to say that he is a person who performs in drag shows.  Taiyo has also been seen performing at Patrick’s Cabaret, with the Carnival Kings in New Orleans, as a back-up dancer at both Mr. and Miss Continental, and can been found performing twice a year in St. Cloud.  He also had the pleasure of choreographing for a Silver Slippers production at the Fringe Festival last summer.  Taiyo and his wife, Heather, co-directed the popular “Get Bent” at Rumours/Innuendo for a year before the bar’s closing.  Taiyo is a student of Audio Production at the Art Institute.  He loves dancing and hopes to continue working with Dragged Out for years to come.

Andre began performing in 2004 at the Gay 90’s with the 24 Karat Kings. In 2006, he began to perform with Dykes do Drag at Bryant Lake Bowl, and also started to perform in Live!Nude!Drag! at Pi Nightclub. In 2008, Andre started performing at the Town House Bar with Barbara Gordon in Lipservice. After performing with the Lipservice show, Andre was booked for a Dragged Out show and here we are! Andre is 31 years old, transgender, and his day job has been with the Hyatt for the past five years. 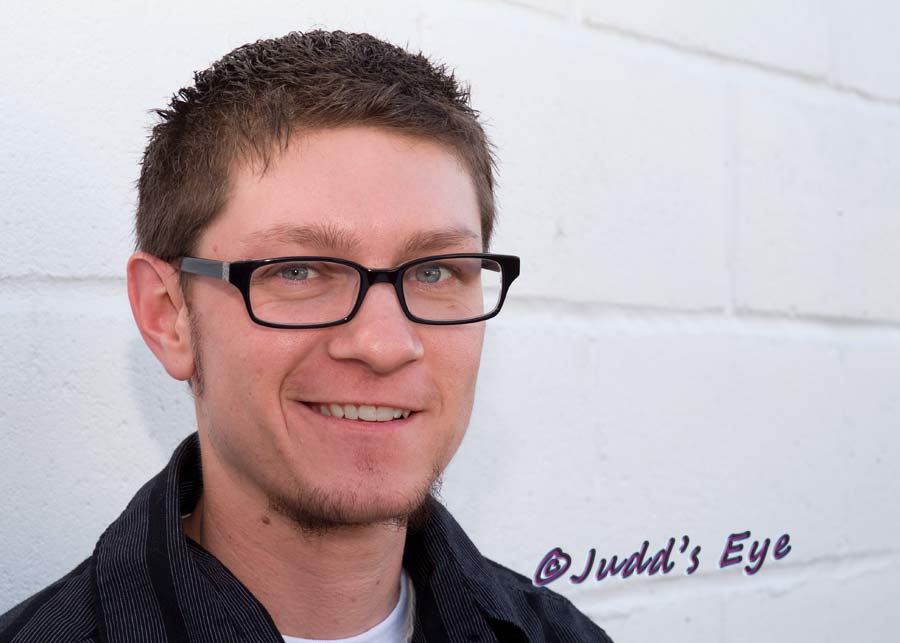 During his tenure as a student at Bethel University, Levi started the Gay Straight Alliance (now called the SGR). While teaching others self confidence and pride, he joined a drag contest at Augsburg College as “Ken I. Hunter.” He was quickly picked up by local drag troop “Androgyny Kings” and earned a reputation as a comedian, and a sweetheart.  It wasn’t until Levi met up with another drag troop “Get Bent” that Levi shortened his stage name to just “Hunter.” In 2010, Hunter was a regular performer at Gladius. After gaining some recognition, he was approached to take a permanent spot in the coveted “Dragged Out,” where you can still see him today.  He has since been runner up in the 2010 “Drag King MN” pageant, and in 2012, Hunter won the title “Mr. Gay Minnesota.” Hunter has held guest spots in “Lip Service,” “Dragmanity,” “Sequin Sundays,” “Queertopia,”and various other local events. 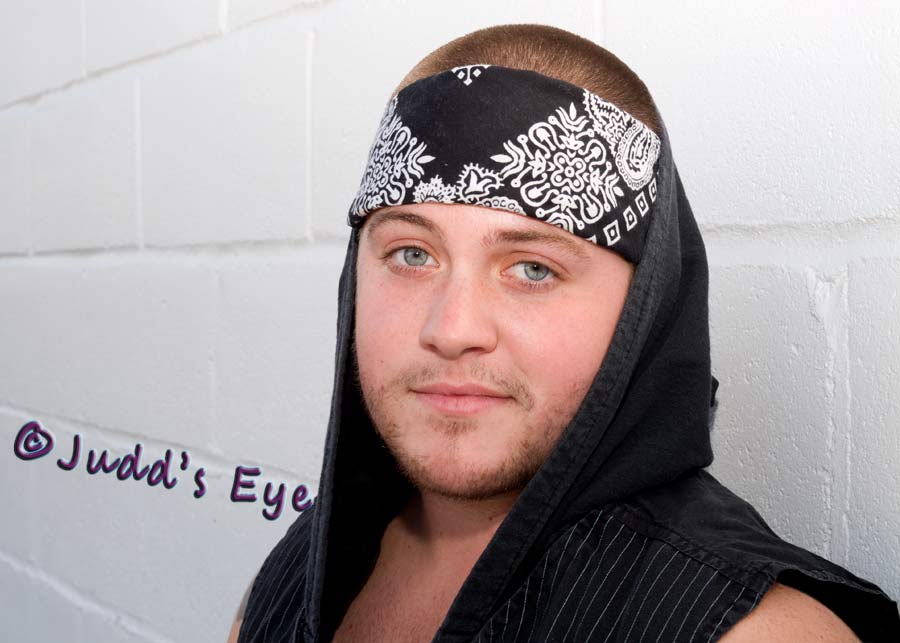 I remember my first performance at District 202, Minneapolis’ GLBT/Q youth center. I bet many of you remember those days! I started on that stage and have traveled to many more over these past 7 years. I’ve spent time at The Gay 90’s, Lucy’s, the Brass Rail, Bootleggers, Pride, and a random assortment of benefits for my loved ones. I’m now performing every third Friday of the month at The Town House Bar in St Paul with Dragged Out. I am known as the 5 hour Energy King for my upbeat performances.  I am married and have 3 wonderful kids. I look forward to seeing more of you at the shows. If you have any questions, never be afraid to ask. 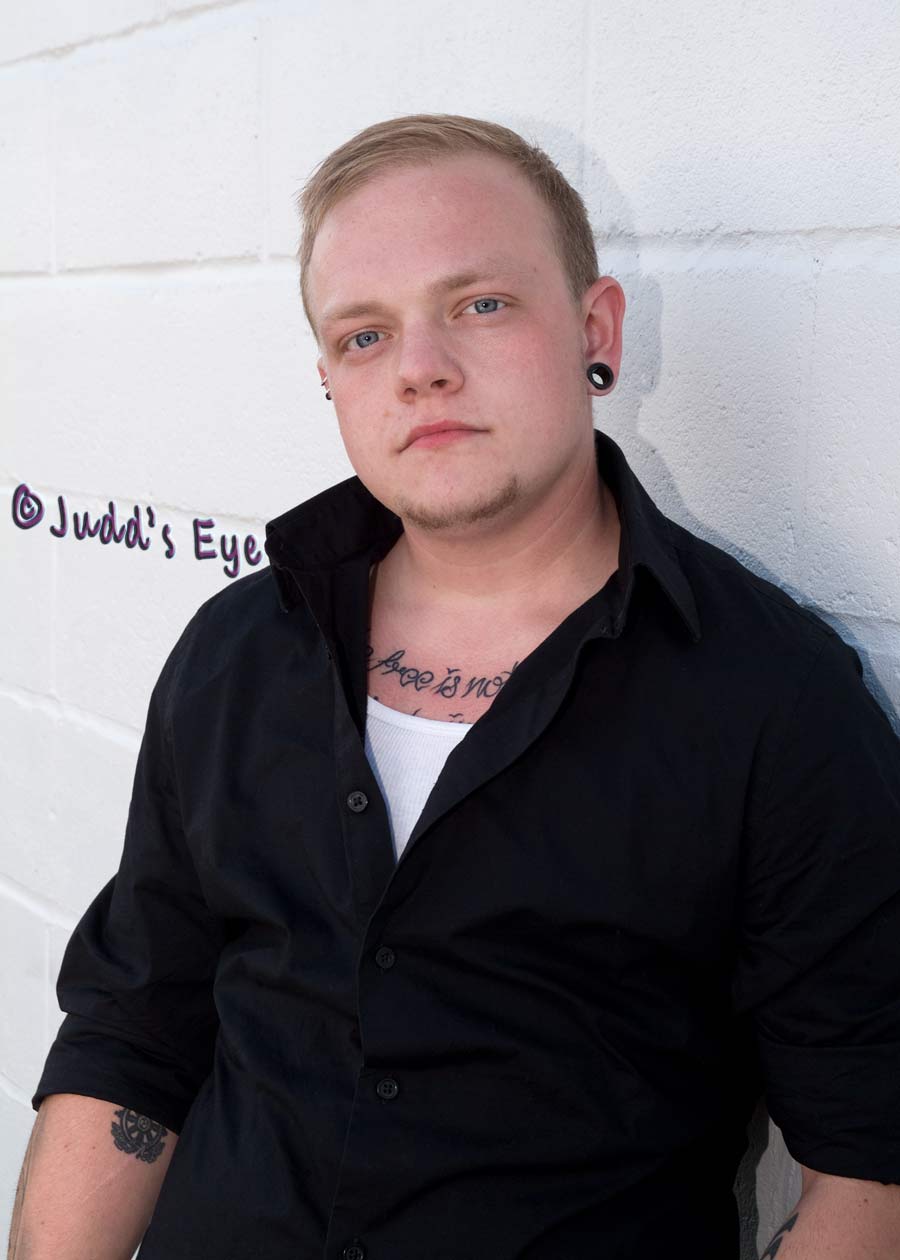 Ethan began performing at St. Cloud State University in Spring of 2007, followed by performances at Twin Cities Pride, The Gay 90s of Minneapolis, Rumours/Innuendo of St. Paul, Biology701 of St. Cloud, Brainerd, U of M-Minneapolis, U of M-Duluth, Hamline University, and of course the fabulous Town House Bar in St. Paul.  Crowned Drag King Minnesota 2011, Ethan is honored to perform with the best Kings in the Midwest, Dragged Out.

Suave started performing about 15 years ago. He has performed with different groups and many different places throughout the nation, as well as the Twin Cities.  Proud to be part of the Town House Bar crew, not just for working there, but performing in the diverse range of shows they have to offer!  Suave loves sports, especially the Pittsburgh Steelers, and enjoys spending time with family and friends. Music is his motivator.  Other than that, he describes himself just as a shy boi that sings karaoke.  He feels that Dragged Out is doing bigger and better things and glad to be part of this group!