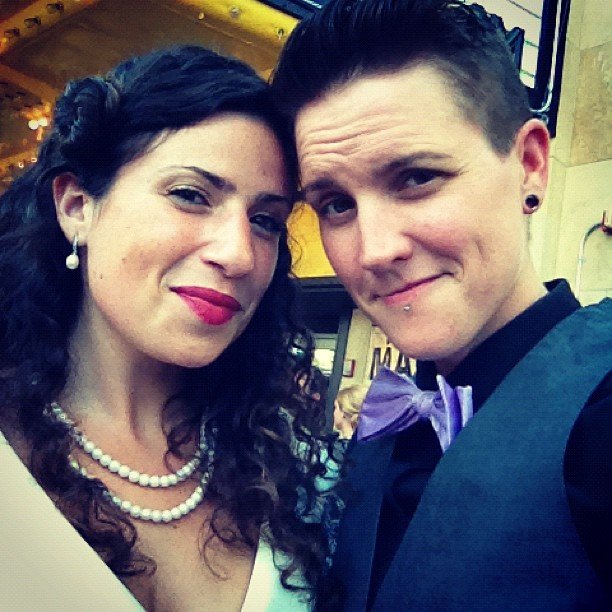 But, their clothes aren’t the only thing that’s compatible. Here’s a bit more about their love story:

Becca and Shana met through mutual friend network. The fact that they hadn’t met earlier was a little weird, but neither was ready, and finally they were… 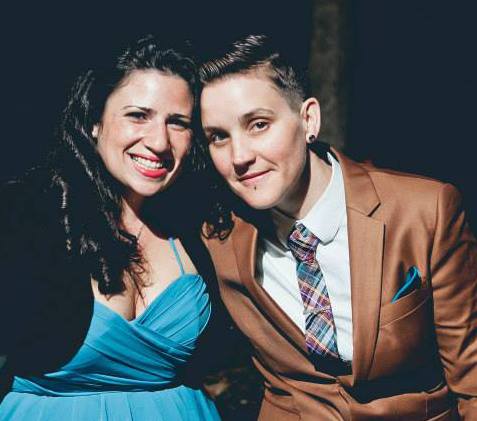 Becca had needed to go out and her best friend took her to a random house party.  At the party Becca noticed a female (DJ. Becca was a DJ back in California and a female DJ usually catches Shana’s eye.) Shana had a smile that Becca couldn’t resist, and a confidence that Becca had never experienced. 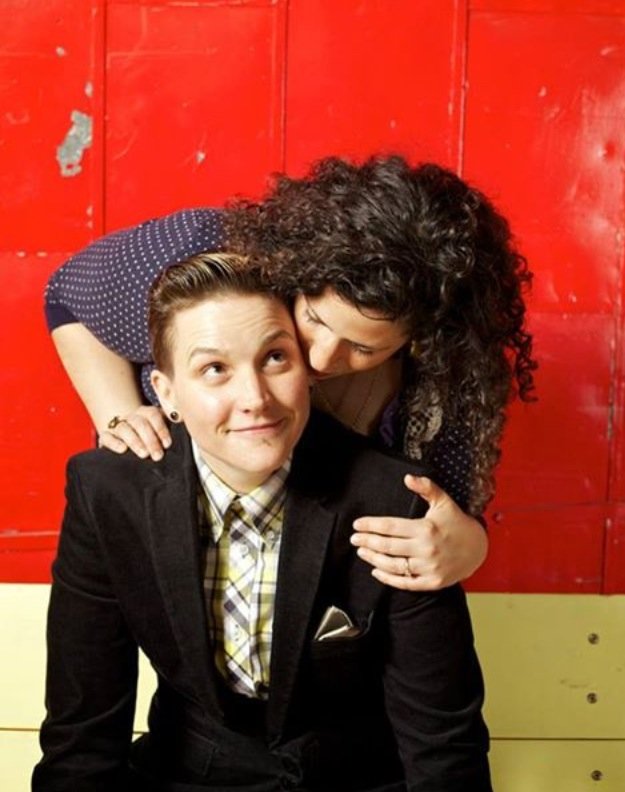 Becca was intrigued from the moment Shana walked up to her and introduced herself. Instantly they connected over music, DJing, dancing,  life stories and their shared philosophies regarding social justice. 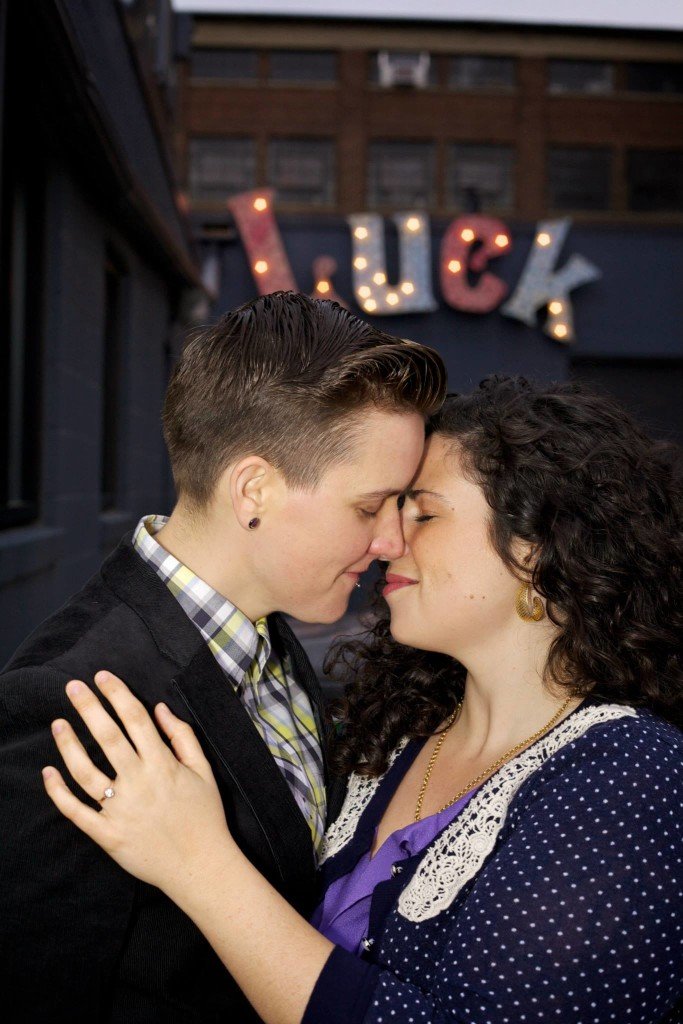 A year and a half later, Becca asked Shana to marry her in the middle of a classic March snow blizzard on a bridge overlooking the Mississippi River at 6 in the morning. It didn’t go as planned, but it makes for one hell of a funny story. 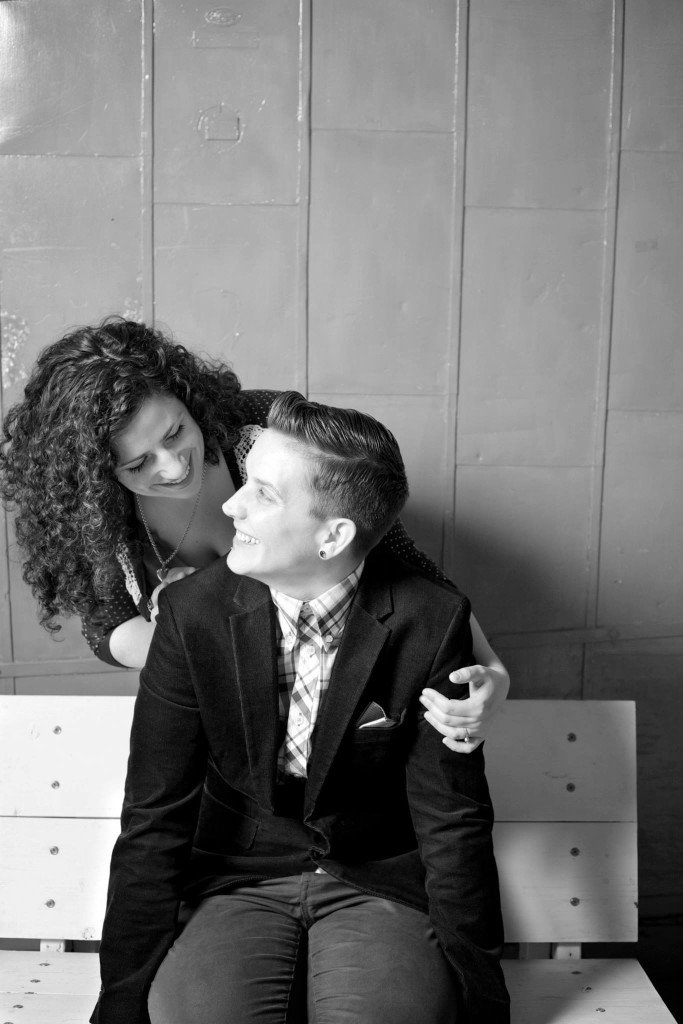 June 1, 2014 is the big day… but its all about the journey and choosing each other every single day.