Queer folk-pop band ANNA/KATE are hosting a live album release party on Saturday April 18, 7PM at Rockwood Music Hall in New York City. ANNA/KATE will offer limited physical copies of their new CD, The SubRosa Sessions, at the event, but will release their album online, along with images from an exclusive dapperQ fashion editorial featuring the duo, in late April. In celebration of the album release and editorial partnership, dapperQ and ANNA/KATE are giving away FREE ADMISSION (valued at $8) to the album release party at Rockwood and ONE CD (valued at $10) to two of our readers. Entering to win is free and easy. Simply Tweet or Instagram an image of yourself using #ANNAKATEMUSIC and tag @dapperQ by Wednesday, April 12, 2015 11:59PM EST. Winners will be selected at random and notified by Thursday, April 16, 2015 11:59PM EST.

ANNA/KATE have released two singles from their new album exclusively to dapperQ readers to premiere the ticket giveaway. Check em out: 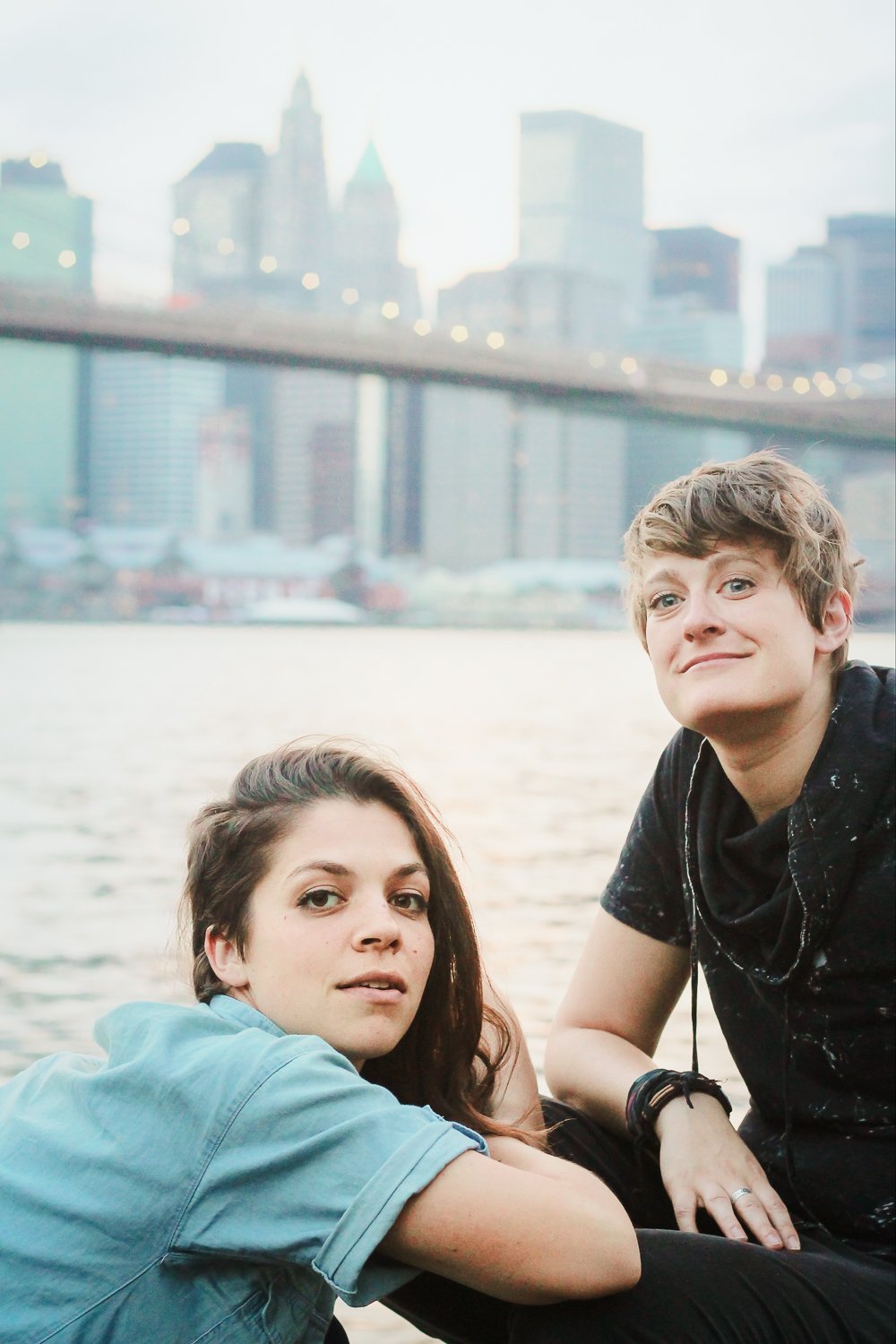 ABOUT:
“We stumbled on this NYC folk duo Anna/Kate and we just couldn’t help but stare and listen…. beautiful song… that celebrates love.” (NYC DELI MAGAZINE)

ANNA/KATE started with a love story. Queers meet, get together, and make music.
Vocalists and lyricists schooled in jazz and folk, the Duo has grown to include an accomplished backing band and vocalists. Since the release of their August ’14 Debut EP, POSTURE Magazine and DELI Magazine have featured their music videos, DELI MAGAZINE has nominated Anna/Kate for Best NYC band, and the duo has expanded to encompass uitar-driven, percussive energy alongside the signature intimacy of their tight folk harmonies. Anna/Kate are regular fixtures at Pete’s Candy Store, Rockwood Music Hall, Sidewalk Cafe and have also been featured at Friend and Lover’s, Muchmore’s, PIANO’s, Jalopy and the Free Music Fridays Series at the American Folk Art Museum. They have hung out in Sting’s apartment as featured festival artists and have developed original content for FIGMENT Festival, NYC Poetry Festival, LaMama, Bowery Poetry Club, HOT! and Poetic License Theater Festivals. See www.facebook.com/annakatemusic or www.annakateband.com for more!

Written By
dapperQ Team
More from dapperQ Team
Following a series of sell-out performances in the UK, The Butch Monologues...
Read More