Hailed by AfterEllen as a “smart, sexy new web series featuring a wonderfully diverse cast,” Dyke Central is an Oakland-based dramedy that centers around two 30-something butch roommates. This week, the full first season of the series will be available on VOD. So, we sat down with Florencia Manóvil, Dyke Central‘s Director, Producer, and head writer, to get the inside scoop on the inspiration and style behind the series. (All images by Miki Vargas Photography.)

Florencia Manóvil: Dyke Central is an independent queer series set in Oakland, California. Over the years, the show has garnered a following of loyal fans, and gotten a lot of praise for its unmatched diversity, representing queers of various gender expressions, backgrounds and ethnicities. The two main characters are a black butch and a genderqueer Filipina who are best friends and roommates.

Florencia Manóvil: The number one inspiration was the vacuum of representation of queers (as opposed to “gays and lesbians”), especially queers of color. None of my friends or community members seemed to find themselves represented on any series, mainstream or indie. As a local queer filmmaker, I got asked to fill this need enough times that I finally decided to go for it. 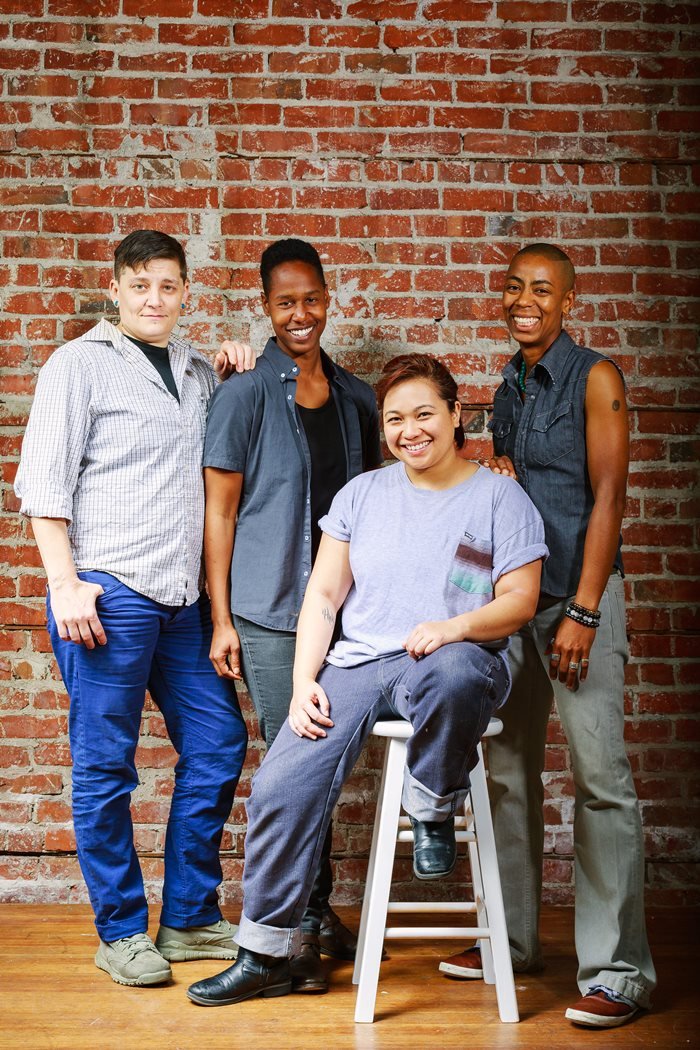 Florencia Manóvil: Um.. yes. I’d say most of the story lines stem directly from my own personal experiences, or from those of friends and lovers. The tense love triangle between Alex, Fabi and Jackie, for example, definitely sprung from a real situation. And those characters are all loosely based on real people. The abusive elements hinted at in a couple of the relationships are things I also dealt with personally – as well as a lot of the comedy and ridiculousness of this tight-knit micro-universe.

dapperQ: Filmmakers are acutely aware that wardrobe stylists and costume designers are paramount to enhancing the characters’ personalities. How has Dyke Central leveraged style to tell the stories of its characters?

Florencia Manóvil: This was a really tricky thing for us, because of our tiny budget: we couldn’t afford a full-time wardrobe supervisor/stylist. The cool thing then was that each of the actors ended up playing an integral role in making their character’s style come together, and keeping that consistent throughout different shoots with changing wardrobe supervisors. They had to keep track of their hair and check to make sure their look in each scene was consistent and truthful to their character. I think it also allowed them to figure out in what ways their character differed and resembled themselves. A lot of the clothes the characters wear onscreen belong to the cast members themselves. All the cast members brought in a lot of their own clothes to share with other cast members for their respective characters.

The biggest challenge was the character of Gin, because Giovannie is actually feminine in real life. And she’s also a professional actress who had to maintain her feminine hairstyle and look when not filming with us. We started with the basics: a masher bra, baggy jeans, and a different hair style. We worked hard with her to get her into a look that would help her fully embody Gin’s more genderqueer personality. The thing about Gin is that she’s also a bit of a chameleon, so we needed to try different things as the episodes moved along. 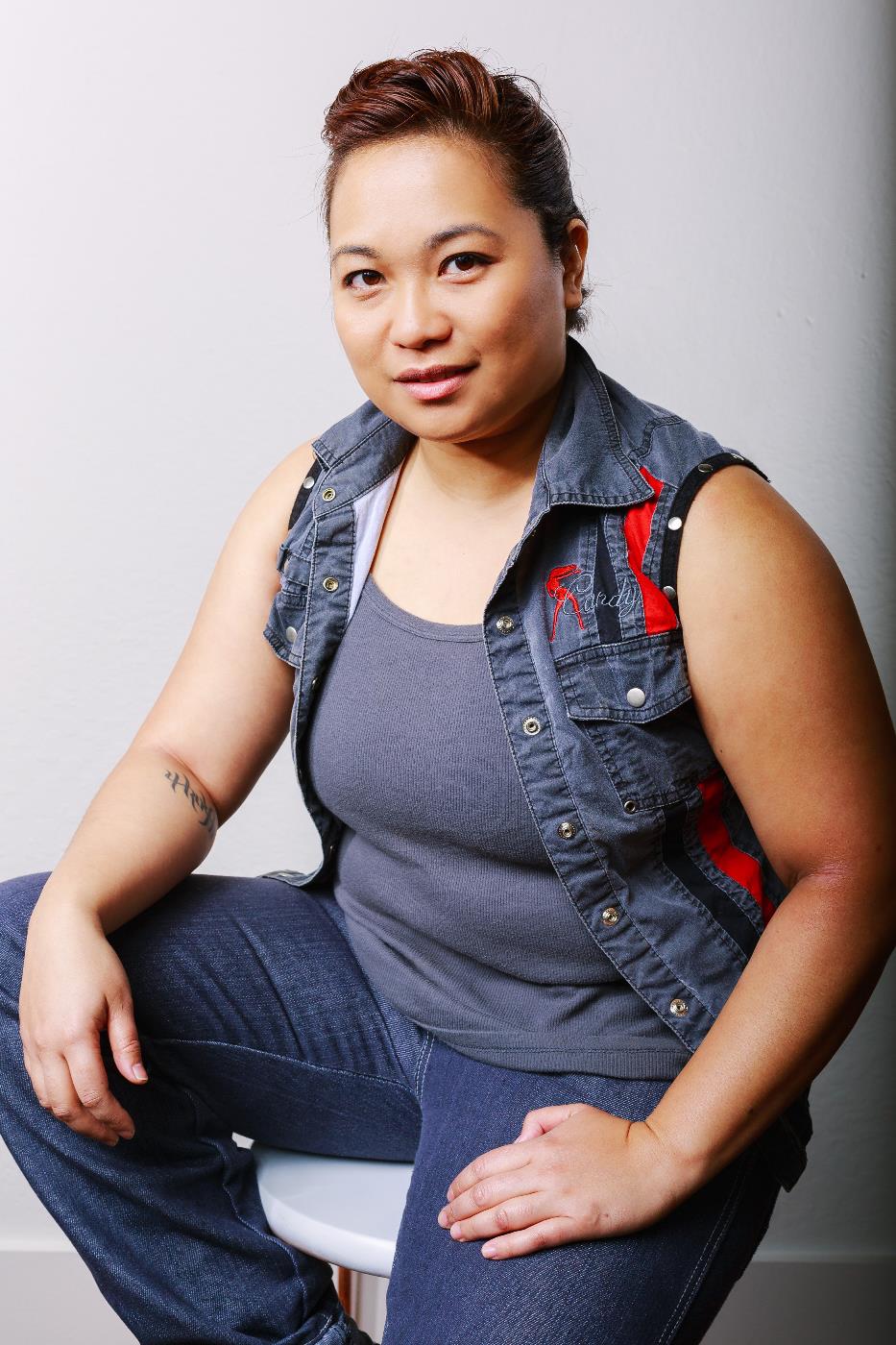 dapperQ: Where can our readers find you when you’re not working on Dyke Central?

Florencia Manóvil: I can generally be found doing all the activities you see the Dyke Central characters doing: working out of a café, hanging out at the Farmers Market, at a queer party like Hella Gay or Ships in the Night, or enjoying any of the other awesome queer/art events that Oakland offers.

As for the cast members, many of them can also be seen around town living the queer Oakland life.

Florencia Manóvil: Season 1 is being released on VOD on April 10th, so everyone will be able to watch all existing episodes. We have a couple film festival screenings coming up and will likely spend the rest of 2015 promoting the show, growing our audience, and participating in queer events. This month, the cast members are walking the celebrity runway at Queer Fashion Week, which we’re all really excited for. 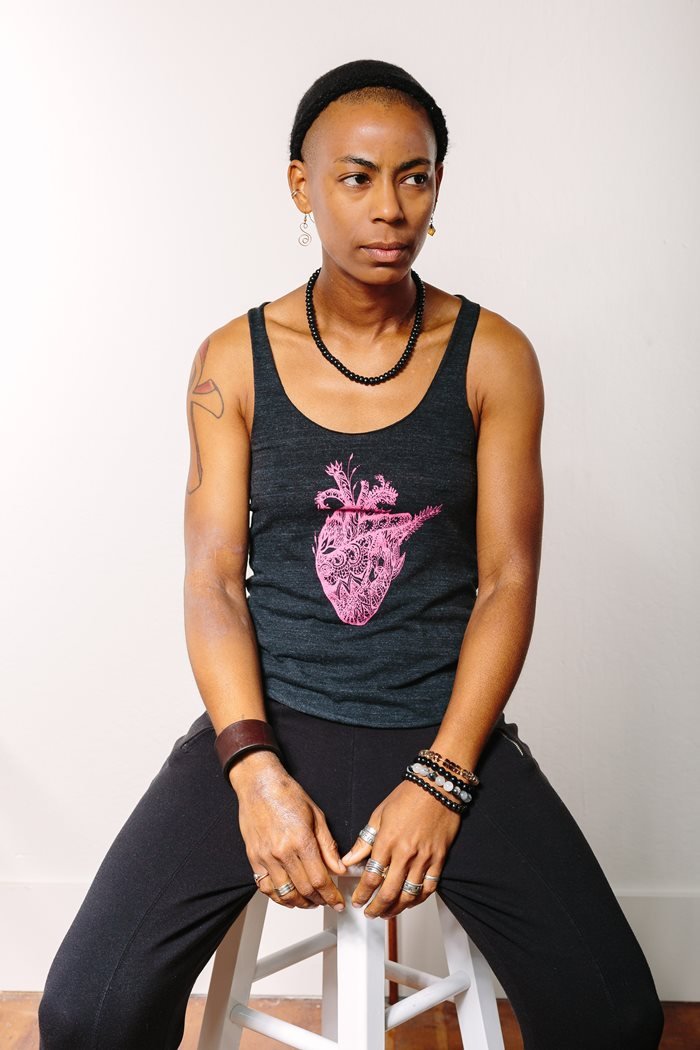 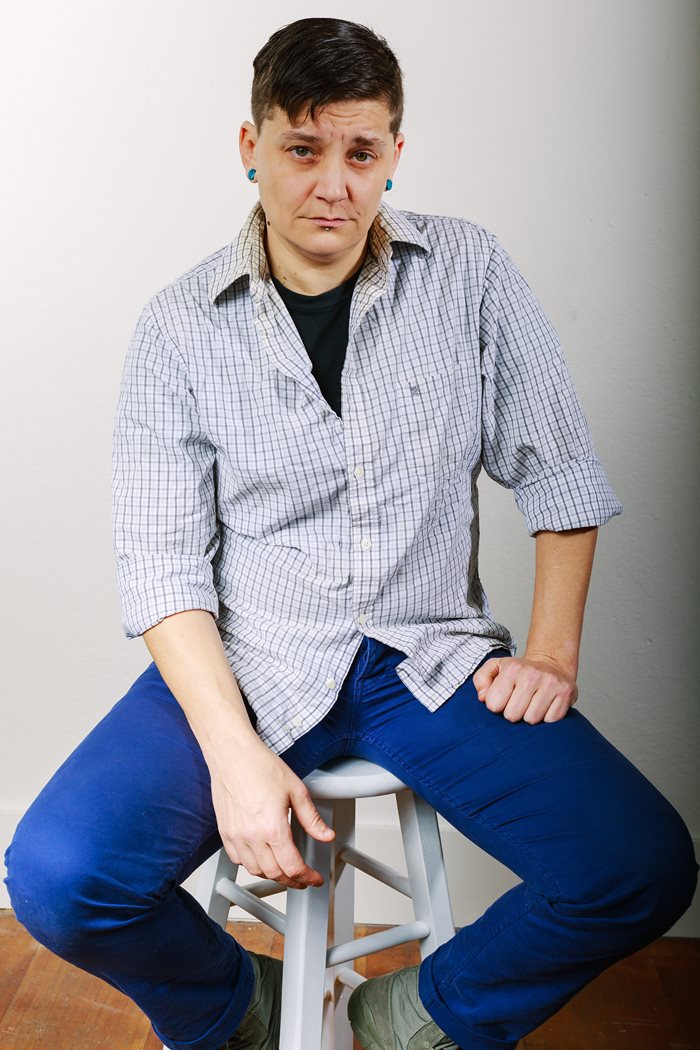 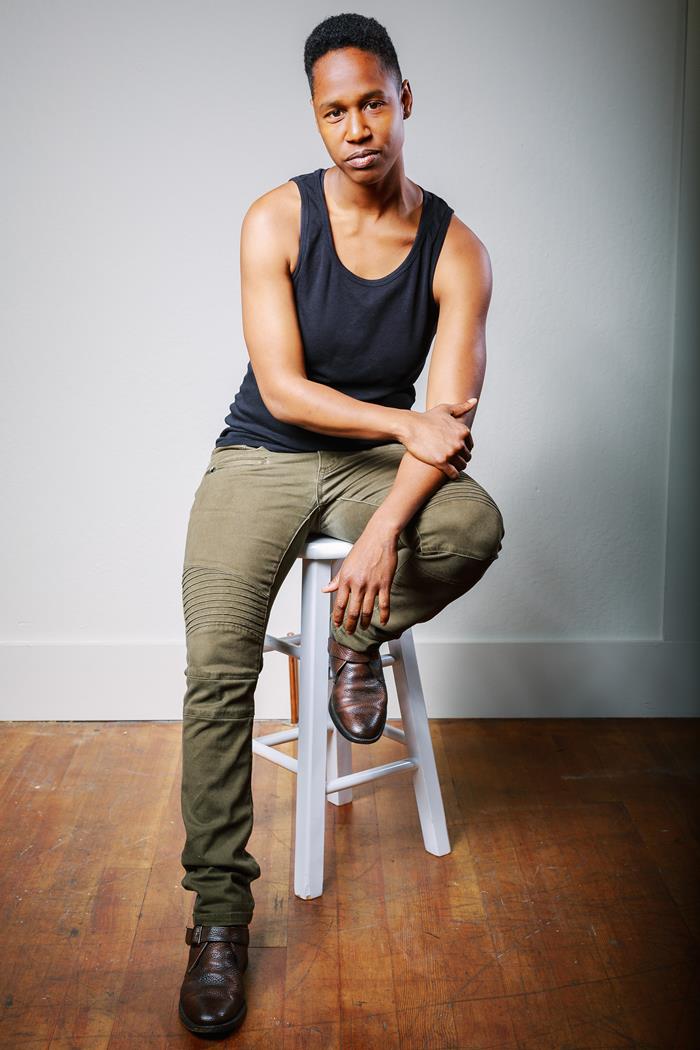