Editor’s note: This article originally appeared on the Huffington Post.

As a trans man, I often find myself in spaces where I wonder what, who, when, and where I fit in. As a Black kid growing up with white parents, I had the same feeling of constant unease. Or, maybe the better word is unrest. That shirt that never quite fits you right but you try to make it work every time. And, there are moments when it works out just fine, but then there are those where you just wish you could toss it off and crawl back into bed. Restart the day. Unfortunately you can’t restart life.

We find camaraderie with those whose stories are similar to ours. We assume those with the same skin tone, the same last few letters of a last name, we assume that when we have those things in common, that we share so much more. An experience, this experience; life. And, while that is true to a point, we are so much more than those descriptors. At least that’s what I have always had to tell myself; it’s what I’ve always had to believe being a Black kid in a white family. I had to believe that my differences were nothing more than my skin being a darker tone, my hair being a bit thicker, my legs longer than my parents. But, what happens when you leave the safety net of familiarity. In restaurants, servers asking who I was in relation to those I was seated with. Being overlooked in groups. I was a constant shadow, as Black as could be, cast over a family that looked nothing like me, and whose struggles did not even begin to mirror those that I would face.

POC often have to fight for spaces of our own. Whenever events are posted on Facebook happily promoting a safe space for strictly POC individuals, there is always, without fail, a wave of emotion and protest from non-POC. Just look at how quickly #blacklivesmatter was hijacked to #alllivesmatter or, more recently, after Michele Obama declared that Black girls rock, and a hashtag followed it was quickly taken hostage by white voices on Twitter with the hashtag #whitegirlsrock. Nothing it seems can just belong to POC without harsh resilience. Segregation can occur when it is forced upon us. But, when we ask for space with pride and purpose, we become the villains. 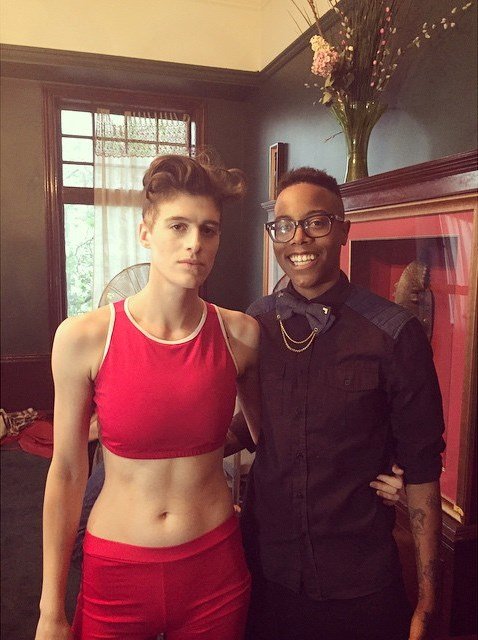 Fashion has never been known to be a haven for POC individuals. That is unless you were “Africa Black” or had features that could be fetishized on runways or highlighted in print work. I can name the Black models who have influenced me on one hand. I would need about 10 more just to get through all of the Victoria’s Secret models I’ve fallen in love with over the years. Every time POC get a slice of the pie, mainstream media literally tells us that we are taking too much. Take a quick dive into a fashion magazine, don’t read an article, just flip. Then walk outside. If you live in a city like New York, or LA, or Chicago, hell my hometown of Montclair New Jersey, you will see more people of color in 5 minutes than you would have flipping through 5 more fashion magazines. The under representation of POC faces, is a purposeful miseducation. If you don’t show us, we must not exist. This is how history is written to exclude and erase those the mainstream don’t want to be seen. 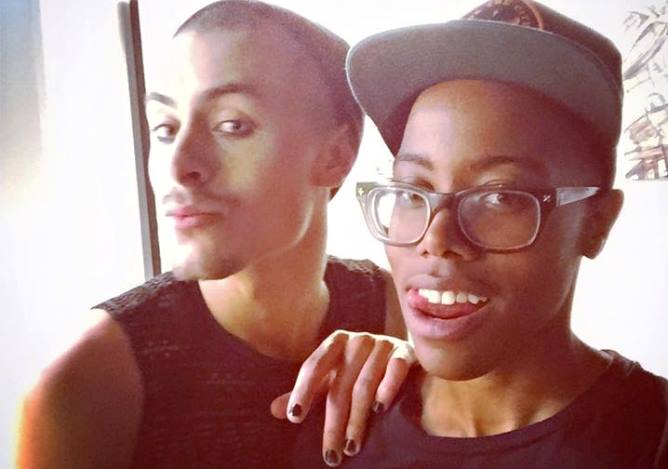 This is why an event like Queer Fashion Week was – is – so monumental. Organized by women of color, in a city whose history with race is filled with leaders we still look up to. Oakland, home of the Black Panthers. The Bay itself, arguably the queerest place in the country. Years of history – history that our textbooks fail to let us read about – paved the road for this summit.

I’ve personally flirted with modeling for years now. Our relationship has been nothing short of a roller coaster. Being the only Black person on set, and noting that you are the quota is a hard thing to stomach. It eventually becomes much more than that. How can POC be celebrated, while also being part of the norm? By creating our own events. By owning what for so long we have had to be window shoppers to. Invited for appetizers, but not allowed to stay and enjoy the main course. That is exactly what Queer Fashion was, it was the holiday meal we have for so long been fighting to not just be hands in the kitchen for. No, our ancestors provided that for far too long. Queer Fashion Week showed that we can buy the ingredients, stir the pot, serve the meal, and eat it too.

Modeling for Qwear at Queer Fashion Week
Cheers to many more years of queer POC walking down runways that we have had to fight for. We have never stopped walking, but now instead of running away from shackles, we are strutting with empowerment towards flashing lights that will capture these moments and freeze in time the colossal waves of change we have been entitled to all along.

Written By
Ryley Pogensky
More from Ryley Pogensky
Scrolling through my Facebook feed this Sunday I saw that many friends...
Read More