Why do woke Black folk date white people? Why do I? Or rather how can I? As I scream Black Lives Matter on the streets, the phone I hold in my hand is illuminated with a notification: a text from a white girl.

I feel the gaze of white men constantly. They size me up in my office. They refuse to move for me (and mostly everyone else) on the train. The chauvinist in them that insists on opening doors for women quickly devolves into the pompous racist who lets doors slam in my face. Maybe it is in spite of them that I seek out white women. I’ve always seen the way they ravenously and disgustingly allow their eyes to travel at leisure over women that have been in my company. Eyes that turn from longing to anger when they see who she is with: me.

Historically in America, Black men have been painted as brutes, as strong working bulls who do so well in the fields because they are essentially animals. You wouldn’t want an animal around your women. The fear of the white man, a savage, a sambo could be lusted after by someone who should only have eyes for them? Impossible.

Despite all of the damage that white men have done for centuries both to Black men and arguably much worse to Black women, we have bitten back. Interracial couples exist in spite of racism and twisted ideology.

But why do Black men often allude that dating a white girl as the true sign that you’ve made it? As Kanye said: “…and when he get get on he leave your ass for a white girl.” Thus making a commentary that a Black woman is perfect for you when you’re struggling but as soon as you’ve met success, it’s on to the next, the step up, the white woman. Black women’s bodies have long been seen as disposable. When they are being spotlighted by white folks it is in a fetishized manner. Black women are either high sex or the help, not the CEO, the lawyer, or the banker. If they’re a mother, it’s probably of multiple babies, all of whom have different daddies. She is the brunt of every story-line on Maury, where we turn a Black women’s true pain into an hour of comedy.

We watch as men celebrate not being a baby’s father. They dance off of stage high-fiving anyone who will give them a hand. We as the audience are led to celebrate with him, to see this woman as a slut, while he is the lucky bastard who gets to leave this messy situation. We show her no remorse. We don’t take a moment to delve into the system that she was raised in, the system he was raised in, one that never told her that her body mattered. One that was devoid of the white feminist cries of empowerment. And he looking for high fives in the audience is hearing the words of many rappers. How fatherhood is entrapment, that “these hoes ain’t loyal.” The cycle goes on, and the white supremacist system wins.

I was recently talking to one of my good friends, a femme QPOC about our attraction to white women and how as we got older, and more “woke” our distaste with much of the queer white community grows. And so, we had made a commitment to start actively trying to date more POC. She had just been on a date with an entrepreneur; a highly accomplished Black woman who had her own business was seemingly brilliant, breathtaking, and cool as fuck. This person personified #blackexcellence and yet – my friend wasn’t sold.

She seemed perplexed as to why. As we dove further into it, some things began to become clear to both of us. She was in many ways intimidated by this woman. As a Black woman herself she could very easily see herself in her and vice versa. I had experienced similar while living in Oakland and dating politically righteous unapologetically Black femmes.

When we date POC as POC we are in many ways confronting ourselves. We are comparing – we are looking in a mirror. We are magnifying our own personally strengths and our flaws. If a Black woman similar in age who was given or exposed to similar opportunities and was living in the same city as she is, what was her excuse for not being as “good” or as successful.

Many of the white women I’ve dated have chalked me as a cause worth helping. A Black trans man, who was adopted by white folks, whose mom died as a teen, and who has family “issues”. What I once saw as maternal nurturing from those I dated, I’ve grown to see as internalized white guilt. Something seen similarly when white teachers work in lower income minority communities or when they “volunteer” across the continent of Africa.

Does that mean every white woman I’ve ever dated has done so from some colonial delusion? No. But has it arisen in our relationship dynamics? Yes.

*dapperQ’s Community Voices is a platform for and by the community to share stories, opinions, and essays. We embrace diverse points-of-view and welcome you to join the discussion in the comments section below, on Twitter, or by pitching your own pieces for publication via [email protected]

Written By
Ryley Pogensky
More from Ryley Pogensky
Editor’s note: This article originally appeared on the Huffington Post. As a...
Read More 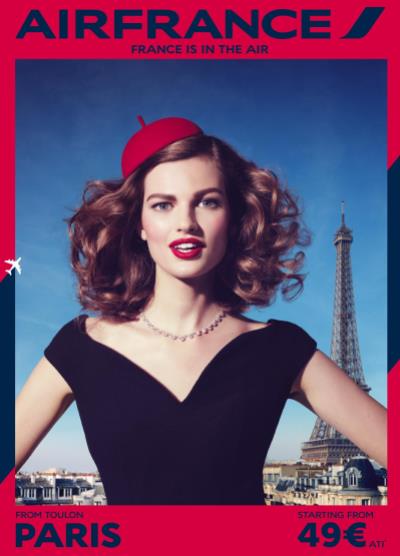