Welcome back to Fashion Rocks, a series that celebrates dapper musicians across the globe. This week we’re featuring Gillian Sandman. As half of NYC-based electropop duo Shirley House, producer/DJ Natural State of Dance (Gillian Sandman) has been bringing her unique sound and flow to dancefloors since 2006. Starting her career at legendary LGBT venue Henrietta Hudson, she has since DJ’ed alongside the likes of world renowned DJ Christopher Lawrence and produced remixes for Cash Money Records artist Karine Hannah and girl duo Xelle. Sandman and musical partner Sam Brady (lead singer of Shirley House) began creating their hybrid sound in 2012, and have since played alongside JD Samson, Erik Hassle, and were chosen as one of 2015’s Top 100 Artists on the Verge by New Music Seminar.

You can see Shirley House at some of their big upcoming gigs, including Hot Rabbit’s NYC Pride party, “PRIDAY” at The Gramercy Theatre, Friday June 26th. In the meantime, dapperQ sat down to talk with Gillian about her musical style, fashion style, and what influences both. *Feature image by Benjamin Pratt.

Gillian: I started DJing in 2006 kind of on a whim. I was working at a film school in NYC and stressing about getting my film career going, when I made a decision to chill out and start doing things that simply piqued my interest. I saw an ad in a magazine for the first iPod mixer that let you use two iPods to DJ with, and as I had two iPods at the time, figured it could be cool. I quickly moved onto more professional DJ gear and learning the basics of technique and from there I was hooked. DJ’ing was the place where I could combine my love and passion for music, with the musical training that I had attained over my youth.

New York radio in the 80’s and 90’s coupled with my parents varied musical taste, instilled a wide and eclectic sensibility in me from a young age. From Expose and Pink Floyd, to Bjork and Mary J Blige, my taste runs the gamut. As far as DJ’s go, Todd Terry and Erick Morillo were huge for me well before I started DJ’ing. They are amazing technicians and producers who created some huge classics and are still going strong today.

Gillian: After playing at multi-genre clubs like Henrietta Hudson for a few years, I decided to make a shift and focus on playing at clubs geared towards electronic dance music. At the same time, I began working on my own compositions and remixes. I had written more guitar driven, folk-esque type stuff before, but wanted to combine my love of DJ’ing with composing tracks for that realm. That shift is part of lead to starting Shirley House with Sam (lead singer of Shirley House).

In Shirley House, Sam and I create a blend of genre’s and styles that we love and have been influenced by (pop, house, world, soul, etc.). Our songs and our live shows have an old school feel tied up in fresh and new bow. It’s unique and non-traditional, while also accessible and relatable.

As a DJ, I am drawn to dance songs that have a kind of hard-hitting beat alongside a bouncy groove. I love both sweet and melodic tracks, with an almost cloud-like, airy beauty, while also getting down with really dark, driving tracks. As a DJ, dance music encapsulates the story I want to tell…a story of the night, a journey to somewhere free and flowing, mysterious and sexy. 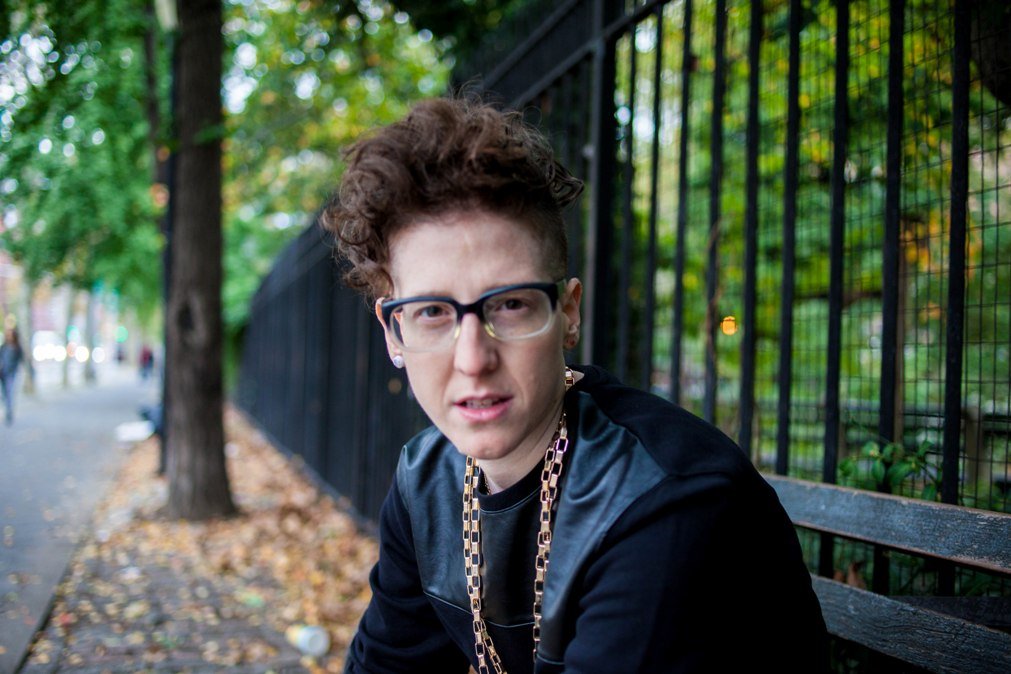 Gillian: I see a musician’s job as not just giving people what they know and want, but showing them things they have never seen, introducing them to something new. I incorporate a lot of unknown and underground tracks into my sets, while also sprinkling them with some older songs that are as amazing today as they were when they first came out. Two of my go to classics are “Plastic Dreams” by JayDee and “Conversation” by Lil Louis. I try to follow the same mantra when DJ’ing, that I do when going out as a consumer; I don’t go out to hear the song I have been playing on repeat on my iPod, but to hear something new, something I didn’t even know exists. To me, a dance floor is a place of exhilaration and vibe, and is somewhere where mystery and surprise are not feared, but are welcomed with open arms. When even one person comes on board with me in a night, I have done my job.

Gillian: My style is eclectic yet cohesive, running in a more masculine realm. I like brightly colored tops and pants, mixing multiple patterns, all black and white, and pieces of clothing that in themselves incorporate multiple fabrics. A sweatshirt with a patterned mesh overlay for example. Accessories are huge in my wardrobe: lots of chunky chain necklaces, snapbacks and 5 panel hats from smaller labels like Profound Aesthetic, and Topman bracelets, earrings, etc. I like to wear more tailored pieces alongside things with a hip, underground feel. A brightly patterned button down tee shirt done up to the top and a bolo tie with silver bull pendant, matched with a floral print snapback and white high top sneakers, for instance. I’d say my style and music exist in similar worlds…melding lots of different things together to make a whole piece.

dapperQ: Has your [fashion] style evolved over the years?

Gillian: In high school and college, my style was pretty bad: slightly oversized boot cut jeans, plain colored shiny shirts, no accessories really. It wasn’t until after college when I moved to New York that I really started to enjoy and actually pay attention to fashion. Since then I have gone through a few style changes: brightly colored skinny jeans with graphic tees have moved to darker pants and patterned tops. Traditional blazers worn over dress shirts with ties have been supplanted by patterned blazers or bomber style jackets over dress shirts with collar pins and chains.

Gillian: Alexander McQueen is just amazing. His incorporation of various eras of style, past, present and even future, are visionary. He had an ability to let go of all fads and norms, which is something I admire in fashion and in life. I am also a big fan of La Roux lead singer Ellie Jackson’s style. It has great edge and freshness, meshed with clean lines. It brings to mind elements of Jean Paul Gaultier’s “The Fifth Element” costumes, joined with more everyday down to earth style. 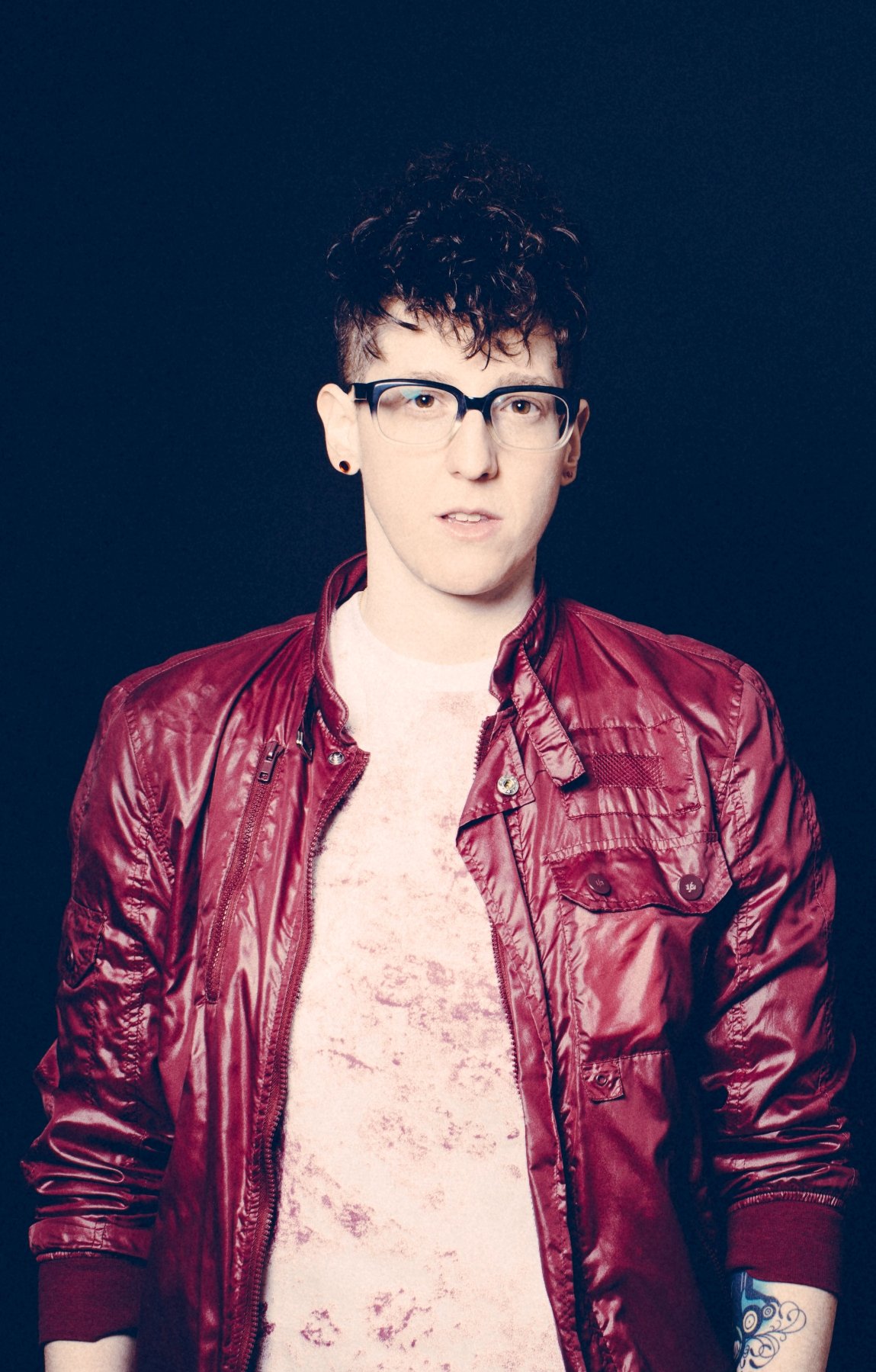 Gillian: Literally speaking, I’d have to say my glasses. Aside from the vision factor, they are a big part of my personal style and musical personality. If being less literal, I’d say my grey patterned Topman suit. I look and feel great in it and it has served me on many an occasion, fancy or not.

Shirley House’s debut music video for our song, “Carry On”, is coming out this month, we have a new EP due out later this year, and 3 show dates coming up in the NYC area: