Guest author Robin Hofstetter, a public librarian living in Kentucky and working in Cincinnati, invited a few dapper friends to share an outfit based upon literary inspiration. Hofsetter told them it could be absolutely anything that related to them, their outfit, and literature. Each of was photographed in their respective literary dapper style. 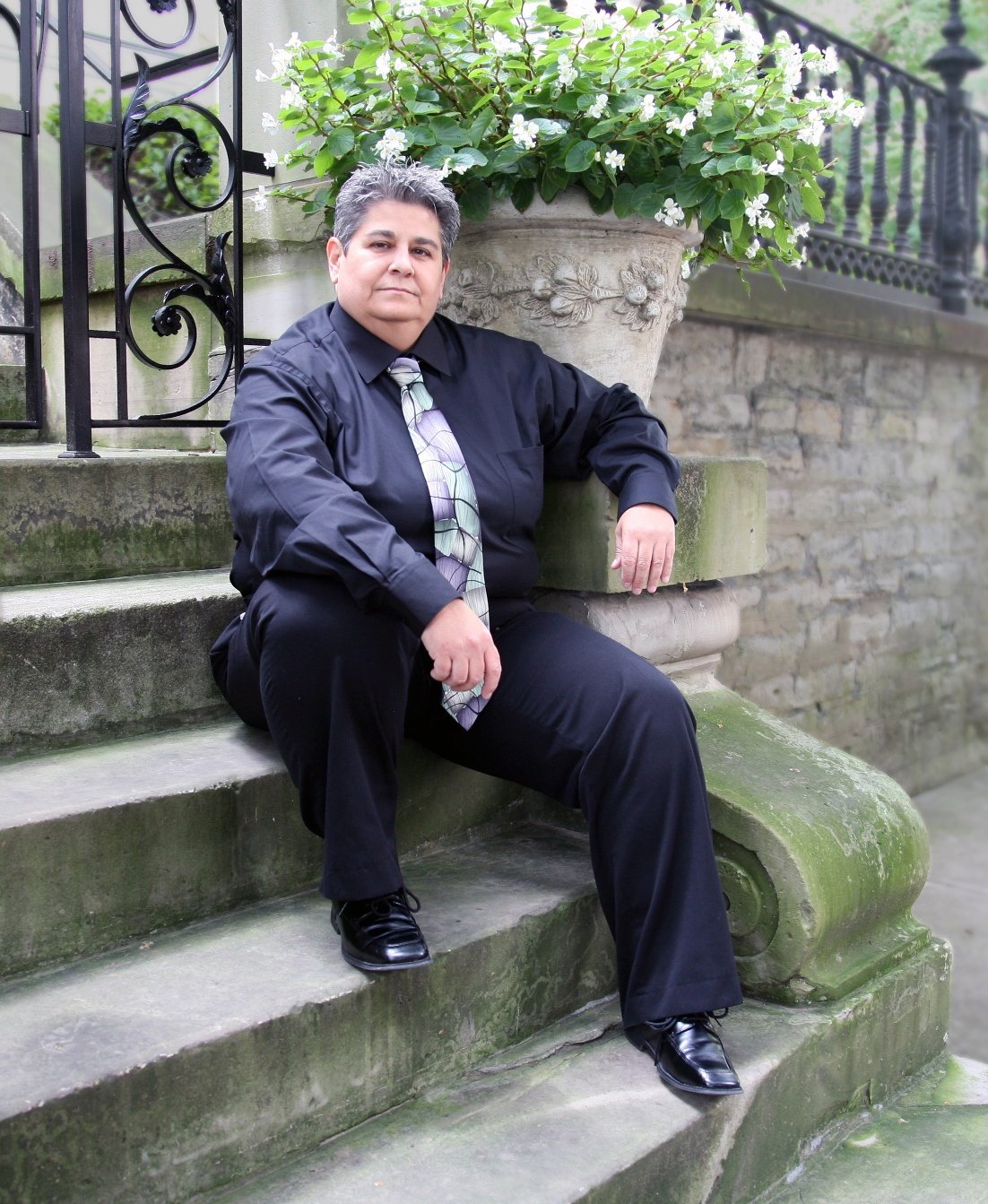 Wicked: The Life and Times of the Wicked Witch of the West by Maguire Gregory.

I really like this book because, for me, it speaks about how the fear of or lack of understanding of individual differences can affect society as a whole. My favorite character, the one I most closely identified with, is Elphaba. She is born different, visibly different. And because of this, is not accepted by society or even her peers because she does not fit in with “the norm.” Although I was not born “visibly” different, I always felt like I had been. I felt like the differences inside me could be seen vividly on the surface. As my life evolved, I dressed more as me and was most comfortable in more masculine attire. Much like with Elphaba, society reacts to this, sometimes in rather negative ways. But I am comfortable in “my skin” regardless of how society chooses to react and behave. I chose an all black outfit with a splash of color, just like Elphaba. 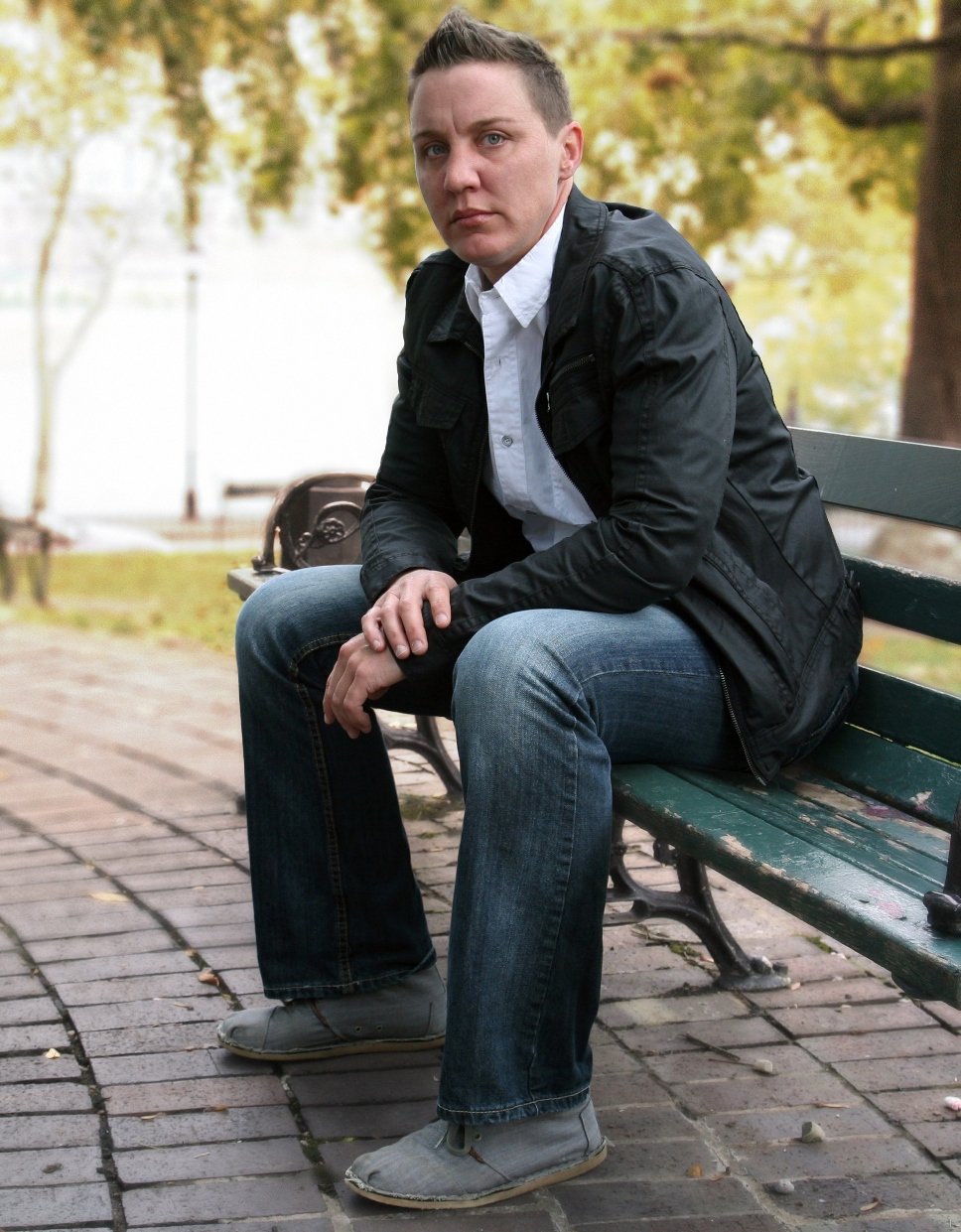 This was the first book I read in the series, even though when I read it, it was the latest novel. It explained how much can happen in a 61-hour period. It includes such actions as people being gunned down, tour buses crashing, and a lot of chaos. However, Jack Reacher being the stand-up kind of man he is, took control of the situation and ended up bringing the bad men down. It was a very suspenseful, well written, kept me on the edge of my seat, wanting to read more of the same type of book. After reading more from the Jack Reacher series, I came to realize that Jack is a simple man but also a total bad ass. I lead a simple life, but I can only aspire to be a bad ass. I may look the part, but I am definitely not. 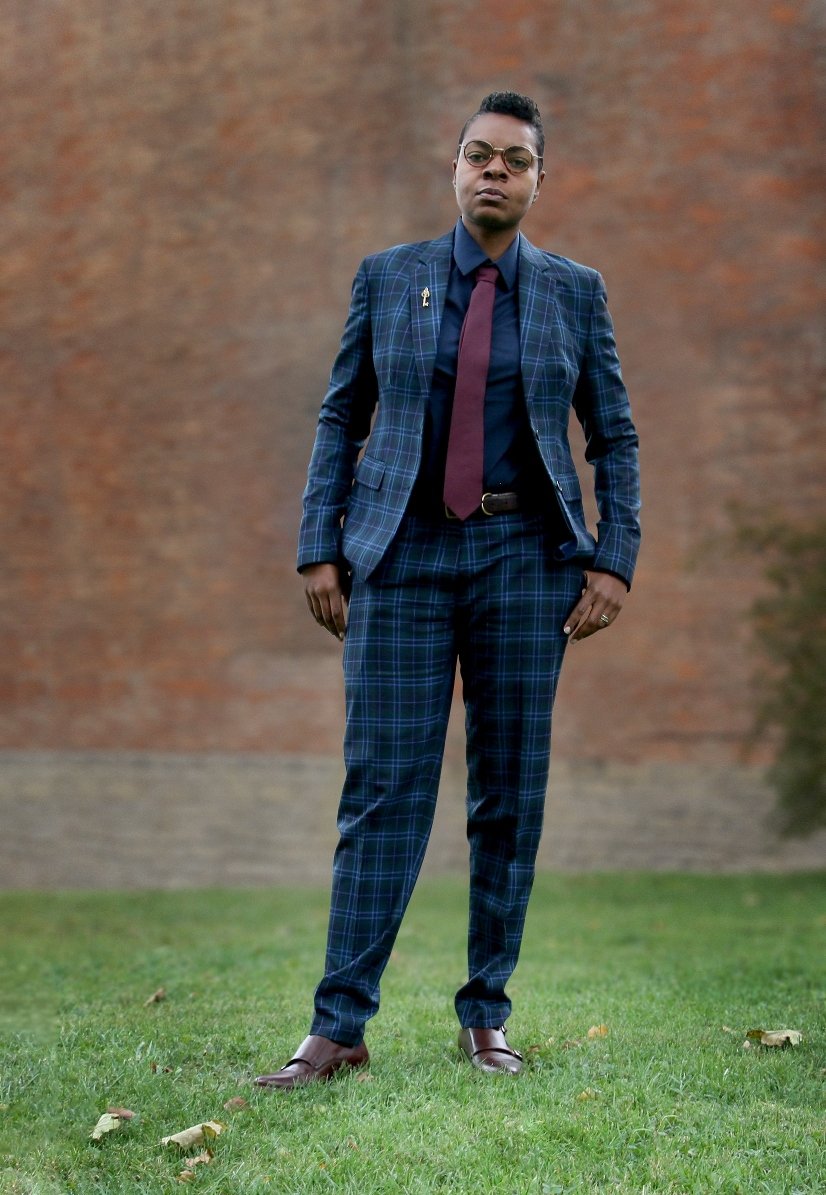 The Color Purple by Alice Walker

My favorite book is The Color Purple by Alice Walker. When I think about Mrs. Celie gaining her independence, I think about the pants she made and sold. Women did not have the rights to determine what they wore. My plaid suit is an ode to women standing up for themselves regardless of tradition and gender roles.

Everything blue as it translates into grief and the loss of my mother to cancer in 2011 and to the uniform I have assigned myself, a denim jacket that she bought for me. Blue denim, chambray, blue work pants, blue skies, blue as you’ve always loved it.

Written By
Guest Authors
More from Guest Authors
I met Erica Kagan at the Girlyman concert and asked her to...
Read More