“We Dem Bois” showcases the rich diversity of boi identity and style outside the gender-binary. In a world where women are often confined to ridged, hetero-normative definitions of beauty – often built around whiteness as the standard and on femininity solely for the male gaze – “We Dem Bois” offers a new narrative that portrays the power and vast beauty of masculine-of-center queer bodies.

Ciera Mckissick, founder of AMFM Magazine, said of the project, “I was inspired by the Wiz Kalifah video ‘We Dem Boyz’ and then later the Los Rakas rendition ‘We Dem Rakaz’ because it took a concept as well and flipped it to fit a whole ‘nother cultural narrative and lifestyle. Aside from just loving the song as well, I wanted to do a queer version for androgynous women who consider themselves ‘bois’ and show what that looks like in a snippet of a community. I definitely wasn’t looking to represent all bois or queers, but merely a slice of life for a moment. A celebration. A sense of belonging and freedom. It was sort of like a boihood.” 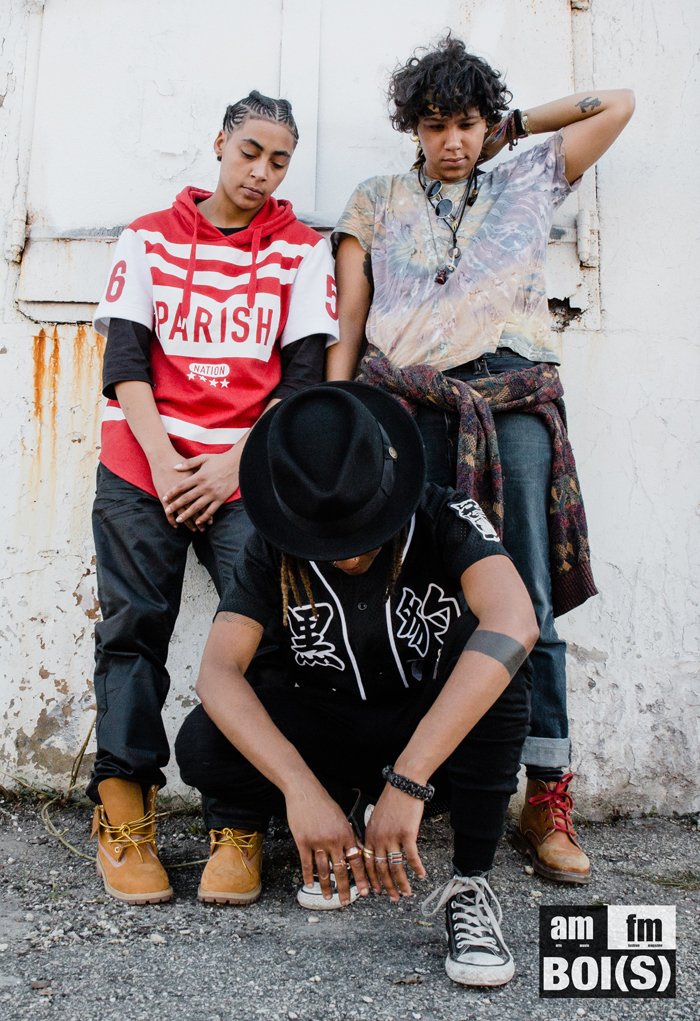 According to AMFM, Oakland-based Boi Society was an organic partner for “We Dem Bois” because Boi Society’s mission is congruent with the overall vision of the project. Bois Society is a multi-platform network that publishes short essays, photographs, and editorials, as well as supports a variety of boi-led businesses and programs. Boi Society recently launched their “Bois Club” box sets, a subscription box that delivers style essentials directly to your door. Boxes also include an exemplary curated paper-based publication that features boi profiles, fashion, and more. Select photos from the “We Dem Bois” shoot were included in box sets as a part of the partnership. 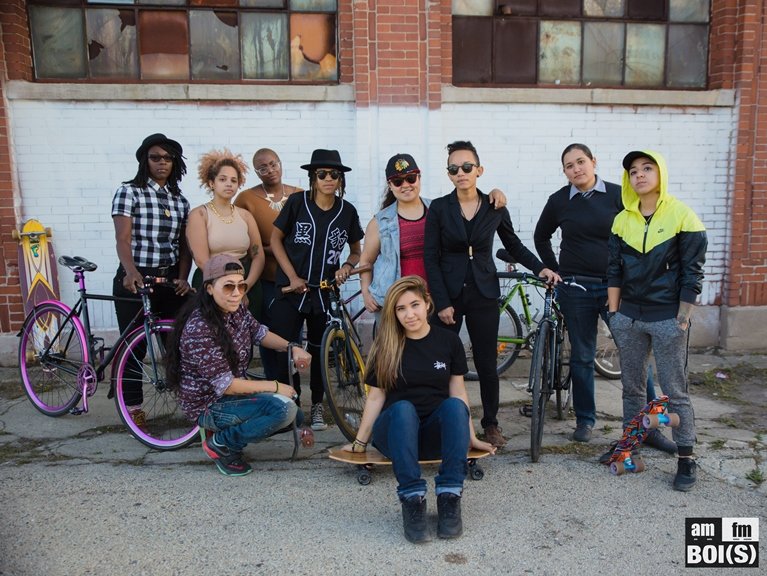 “Defining the Boi Community is not easy!! Boi(s) come in all different shapes and sizes, different genders, and ethnicities. Different classes and of course we all dress differently, but that is what makes us all great,” Brooklyn Wright, founder of Boi Society said. “I believe that my job as the leader of Boi(s) is not to define the community; My job is just to build the platform and give the community the opportunity to define itself.”