A few weeks ago, I came across Nova Brown handmade bow-ties via the wonderful world of Twitter. With bow ties all the rage, it’s sometimes hard to distinguish one brand from the next. But, what I love about Nova Brown is that (1) it’s queer owned and operated and (2) bow ties are juxtaposed with hard and soft styles and materials, like the combination of hunting camo and urban punk studs or soft velvet with metal spikes: 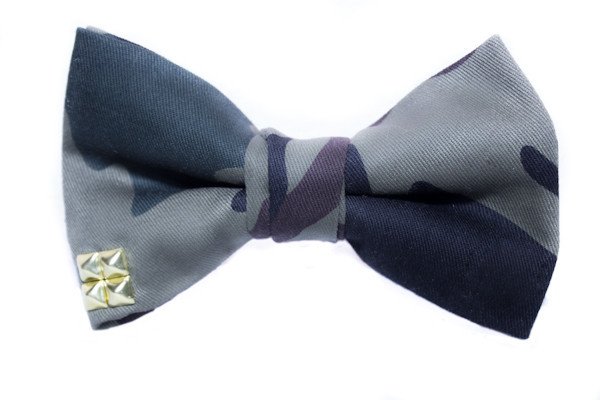 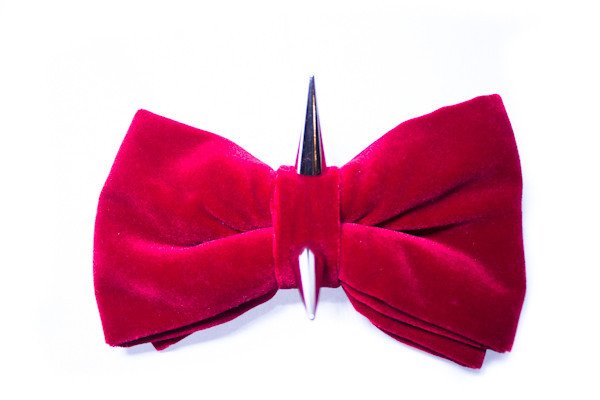 To purchase, visit their website. Learn more about the designer and brand:

Jasmine Carey is a videographer, screenwriter, and clothing designer residing in New York. She is a Detroit native and a graduate of the University of Michigan, where she studied Film and Music. Before relocating to New York, she owned a tutorial company which provided academic enrichment programs for inner-city youth in Detroit. Her love for the arts birthed a passion for fashion and she currently owns a clothing line called Nova Brown Brand Collection. Her dream is to build a major production company that incorporates fashion, film, music, and programs for youth.

My inspiration comes from old films, Motown, Asian martial arts, and my grandmother. We’re just starting out but I’ve had this vision since 2009. My clothing line is based off a comic book/film I am currently writing about a family of wolves. Nova Brown (adapted from the 1940s film Casanova) happens to be the main character and leader of the pack. He’s a very dapper guy, hence the bowtie collection. Personally, all the characters are a part of me; from the masculine and dominate wolf to the hyper-sexualized female wolf. It’s really about being and accepting the whole beauty of yourself. My goal is encourage people and let them know its ok to not be a sheep. You can be a leader by simply being yourself. We are forever becoming and so is my story. I can’t wait to share it.