Zanele Muholi: Isibonelo/Evidence, the most comprehensive museum exhibition to date in the United States devoted to the critically acclaimed South African artist and activist Zanele Muholi, will be hosted at Brooklyn Museum from May 1, 2015 through November 2015. Through her work in photography, video, and installation, Muholi has dedicated herself to creating visibility for the black lesbian, gay, bisexual, transgender, and intersex (LGBTI) communities of South Africa. 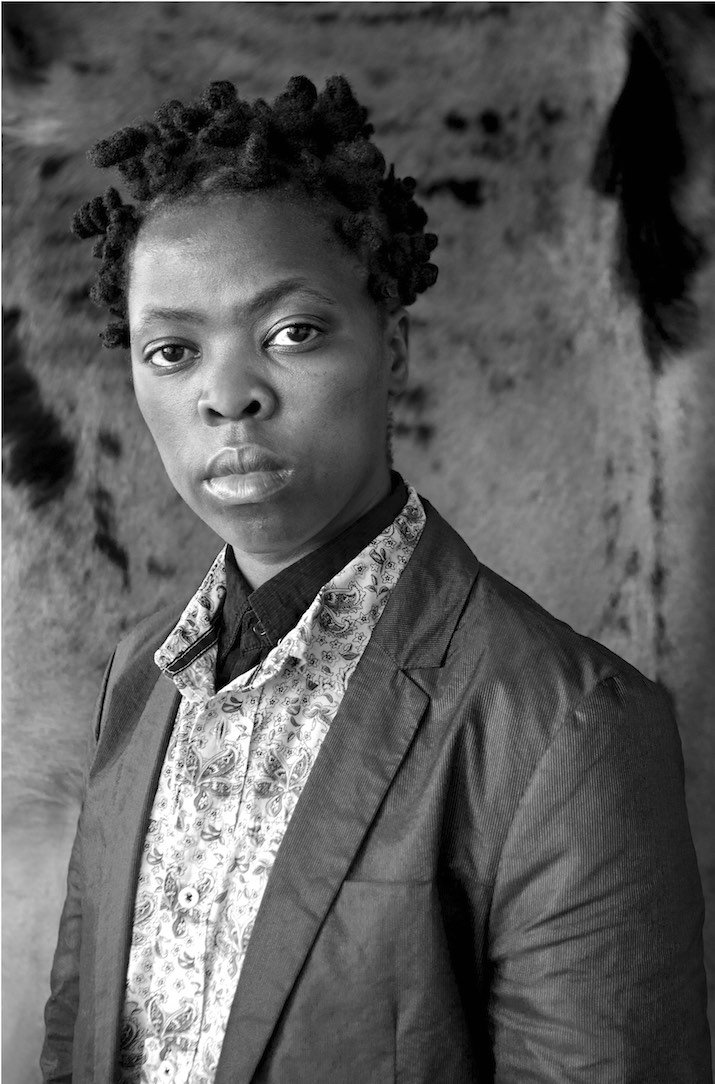 The presentation, which includes eighty-seven pieces created between 2007 and 2014, features the renowned Faces and Phases series, an ongoing portrait project that documents the breadth of identities contained within this community. It also presents Muholi’s video Being Scene, which focuses on intimacy and daily life within her circle. Also featured is the Weddings series, which captures in photographs and video the joyful same-sex unions of her friends.

I have been following Muholi’s work since I can remember. As an art-loving African with art student friends, I had grown tired of Muholi being constantly compared to Robert Mapplethorpe. I had written naive undergrad journal articles and research papers including her work before my first physical contact with her work, which was just a year ago at the Ryerson University Gallery in Toronto, Canada. Those gelatin prints of her Faces and Phases! In addition, I had fallen in love a few of her subjects. I appreciated their style; their ability to use the light; their striking jawlines; the way they looked like me; the way their struggles sounded like mine; and the way I could envision some of their pictures in fashion magazines. More so, at Ryerson, I had the gallery all to myself and I took my time to absorb it all. 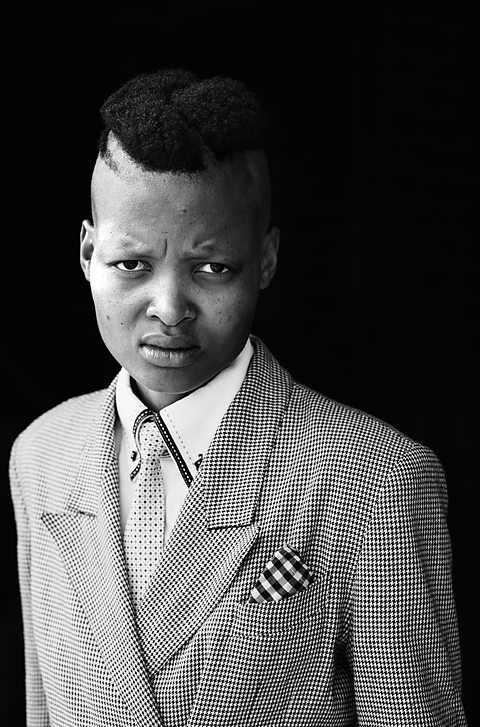 About a month ago, I met Muholi in Brighton, UK, where she delivered an artist talk. I found myself screaming “preach” at her as she spoke of the microaggressions and the assumptions anyone can receive as a Black person with locs walking through the downtown district of any Western city and the dreaded stereotype of black weed dealer. I appreciated the time she took to share this experience, which shows in her work and her method of representing queer Africans in art. For a multifaceted understanding of race relations, watch her documentary, Difficult Love. 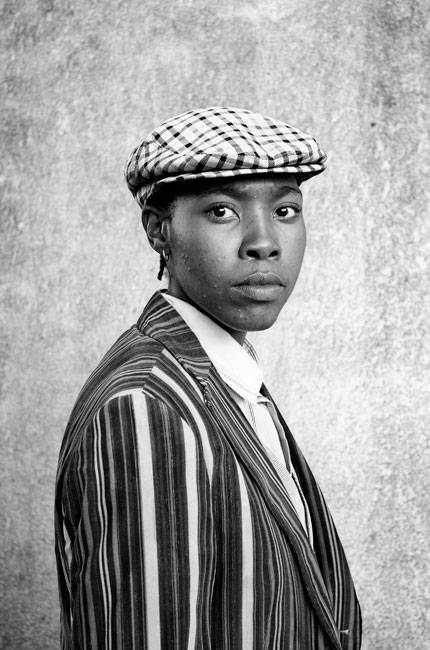 Muholi’s art borders on several topics, mostly Black lesbian lives in South Africa. After pouring through her Faces and Phases publication for which she received (and I hope she wins) a nomination for the Deutsche Prize in London, I was awoken to an underlying politics of fashion—the documentation of material culture—in her work. Lerato Dumse, Muholi’s comrade and editor of Inkanyiso, the black lesbian visual activist collective showed me the many participants in Faces and Phases who were either fashion students or were being encouraged to venture into modeling. 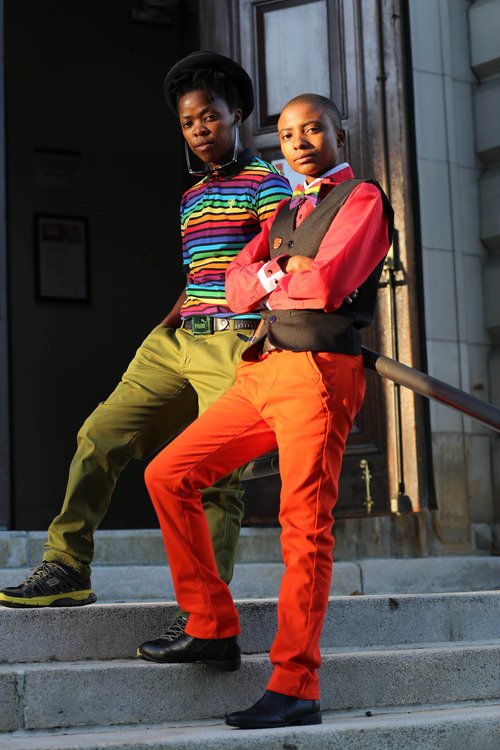 Muholi and Dumse via Queer & Brown

During the viewing of the Deutsche Prize just Thursday last week, I came to appreciate the subversiveness of Muholi’s work even more as should her other supporters. Spotting Dumse by her beanie donning the colours of the South African flag and Muholi by her locs and relaxed clothing, I flashed back to every other art exhibition (including the one I was currently attending) where everyone wore black and maintained an air of nonchalance. Muholi and Dumse, stood giving all the care they could and could not, continuing their visual activism in the metaphoric white cube. I could not feel prouder as a queer African to watch this medium of visual activism take over the world several continents at a time. If you have not experienced Muholi’s work in person, or even if you have but just cannot experience it enough, I highly recommend visiting Brooklyn Museum for Zanele Muholi: Isibonelo/Evidence.