In the juicy (yet pricey at $13.95) Autumn/Winter issue of AnOtherMan, designer Alexis Mabille offers his take on the seemingly omnipresent concept of unisex fashion.  He states, “For me, there is no difference in the design process between men’s clothes and womenswear–I work in the same way.” Calling his style “Bourgeois with a Twist,” Mabille tends toward “old classics, preppy and nice-boy attitudes, but with the new culture of our generation.”

Pause for the cause- here’s a shot of gloriously classic lines in a black and white from his Spring/Summer 2010 collection.  So classic, so dapperQ.  Coupled with black and white sneaks, this is a look that our girl Ellen would rock. 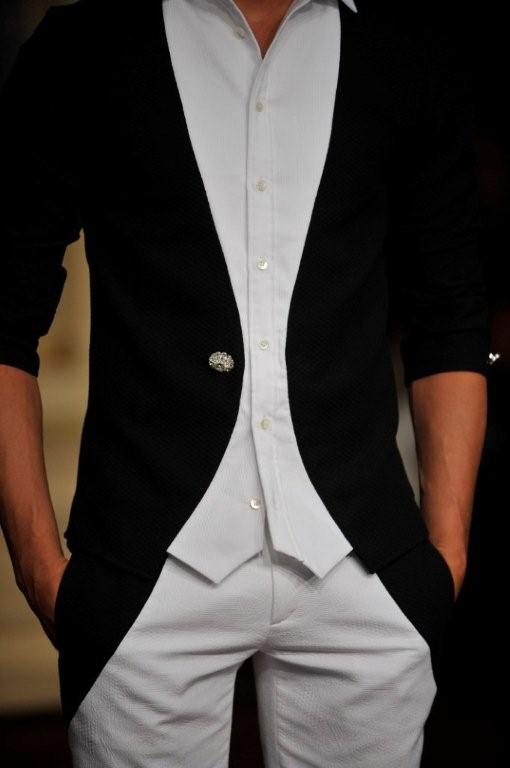 But, as you can see from this outfit from his Fall/Winter 2009 collection, Mabille is serious about his unisex.   While “unisex designer” may be a label he is comfortable touting, I think it underestimates both what he is doing and what the best of dapperQ’s are sporting.   He’s not designing dungarees that American Apparel can carry on both sides of the aisle, he is working to demonstrate a true marriage of male and female fashion.  I don’t think it works here, but… 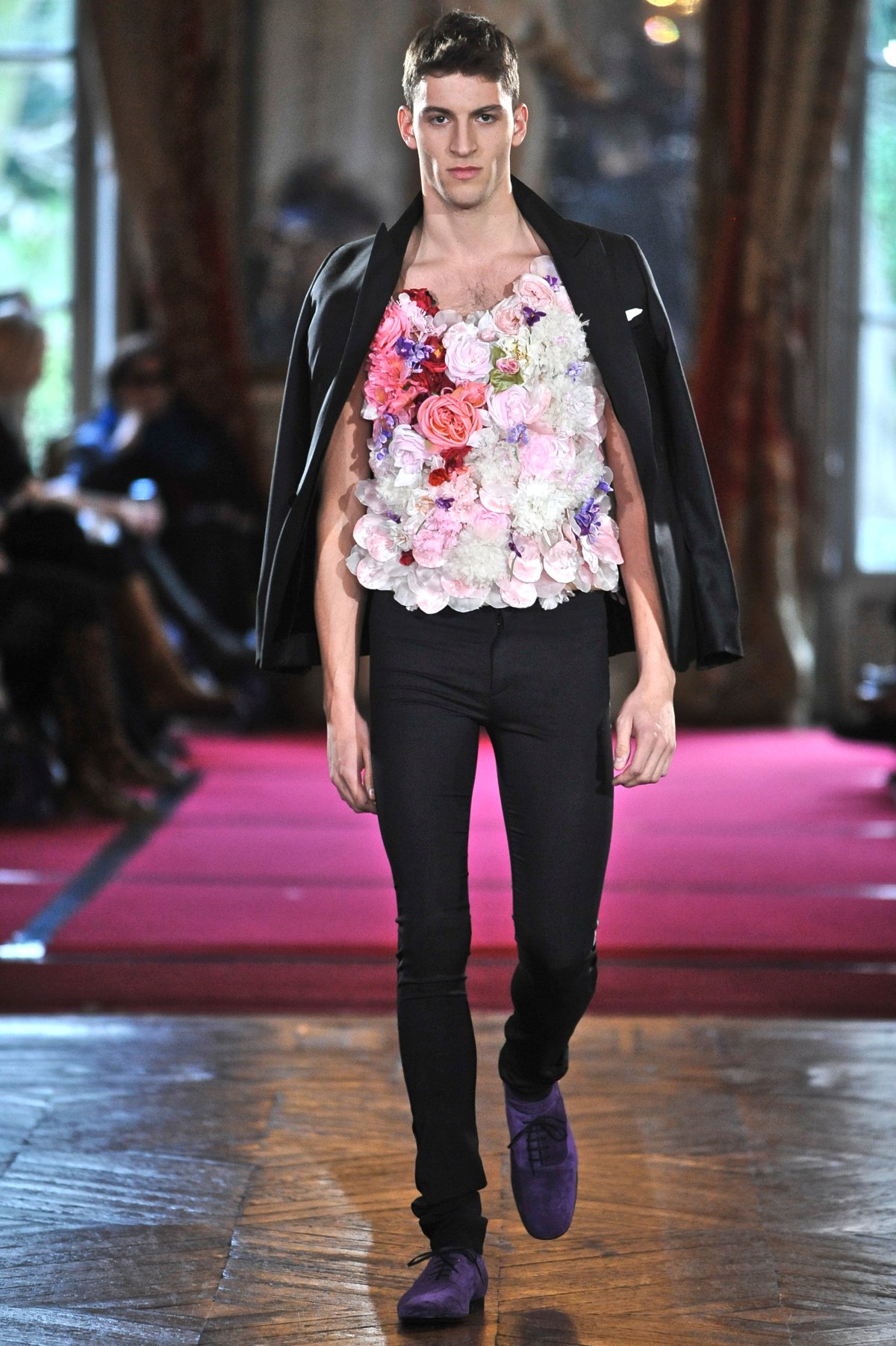 …I do think that dapperQ’s have to be open to wild textiles like those from his current collection. 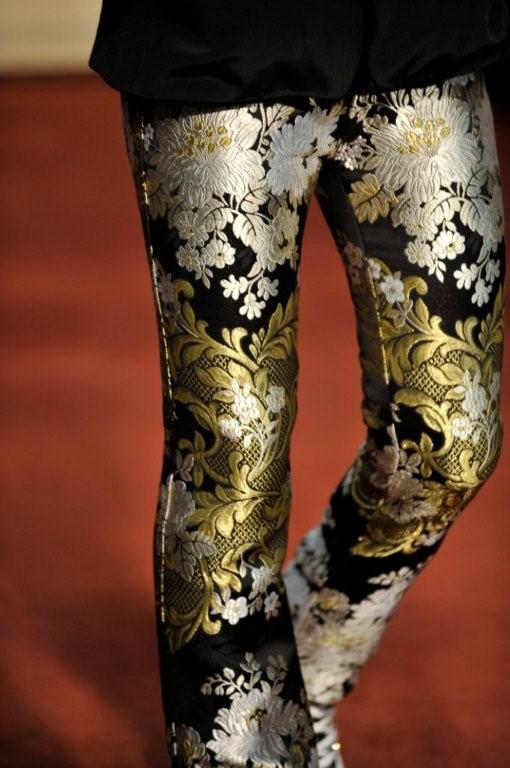 I applaud Mabille’s instincts, and often glorious execution, but I’m looking for the ways that men’s and womenswear can play off one another to maximum effect.  I want a straight-up men’s tie in textiles that transgresses traditional gentlemen’s standards like Mabille has done in much of his collection.    I want to see muscular female-bodied models and transmen who are sporting tuxedos in ways that aren’t cute or ironic, but rather, straight up macho sexy. In the overcrowded fashion marketplace, I don’t think I’m the only one hungry for true originality.

What do you think?  Is unisex dumbing down how we are talking about fashion at dapperQ?

Written By
Guest Authors
More from Guest Authors
Over the past ten days, more than 800 of you have taken...
Read More