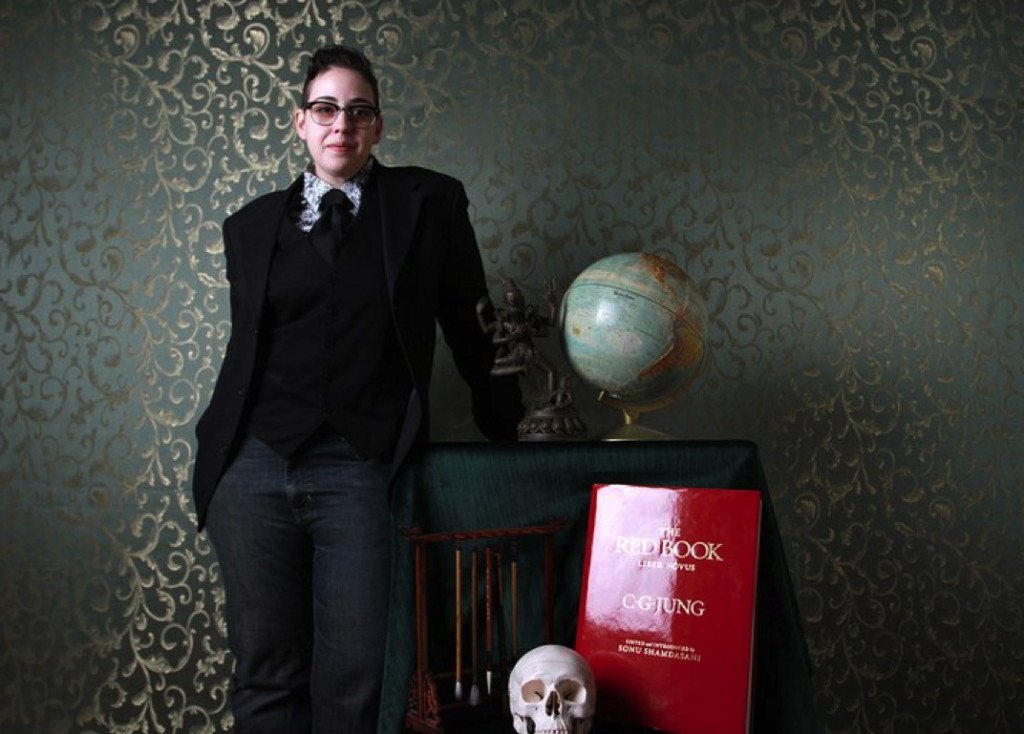 Your old pal dapperQ hasn’t blogged in ages ‘cuz I’ve been behind-the-scenes developing several cool projects that are emerging to celebrate the magic of those transgressing mens fashion.  But I realized I’m not having as much fun as when I’m in conversation with you, which is why I launched this dang thang.  That’s gotta change.

First up, the project I wouldn’t have added yesterday except for the fact that Gina Mamone, CEO of Riot Grrrl, Ink came by my house with a chilled bottle of Perrier, her rad pompadour and a pile of her usual charm.  (Gina’s photo, above, is by Velvet Park’s Grace Moon.) She’s organizing the (first?) queer country music festival on April 7 that will include my friends who make up Nervous But Excited. 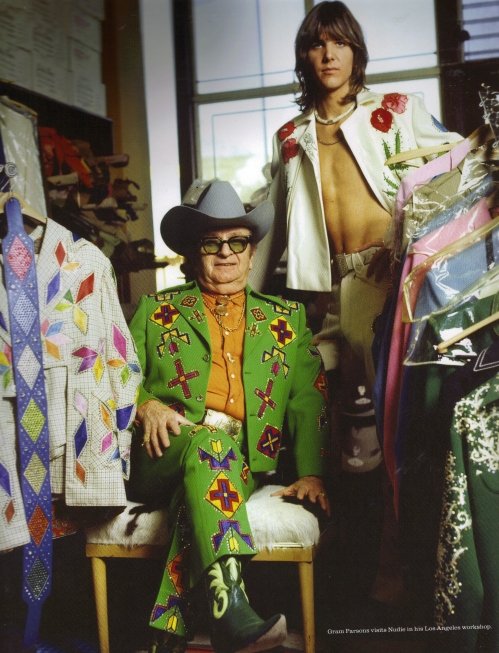 Because Mamone knows I bought a vintage western hat this winter in Madrid, NM and I can’t find a place to wear it, she thought dapperQ might want to organize the (first!) queer country fashion show.  I don’t have time for it but can’t resist.  Started poking around Facebook to listen in on local queer country bands she told me about and realized I want to know these folks (My Gay Banjo, Invert Family Singers, Karen and the Sorrows, Low and Lonesome) and their style and the way they take me home.

If you are a country music hater, that’s cool.  But you can’t hate its cool stepbro: rockabilly. Put some queer South in my mouth by helping me find more folks like Mamone whose style derives from her native West Virginia.  Think Nudie Suit, such as this one worn by Gram Parsons.  In this photo, Gram is pictured with Nudie Cohn, tailor to the stars. The great menswear blog, PlaidOut describes the Nudie thus so: “This is the suit most-often referenced as quintessentially Nudie: high on pyrotechnics and a big ol’ middle finger, but crafted with a beautiful drape and the sharpest lines, not a stitch was out of place.”

If you aren’t from NYC, I promise we will do a great job of documenting who and what we find so send me photos and links of what and who you wish would rock the runway.  If you rock anything approaching rockabilly, redneck, Americana, alt-country, let me know if you want to model.  If you are a stylist, photographer, videographer, designer wanting to help, let me know.

Don’t leave your old pal hanging here.  (I tweeted this request and the silence was deafening.)  We both know it ain’t easy to come out of the closet.  Whenever we’ve got folks coming over, the spousal unit asks me to resist my alt country background music urge.  But I can’t help but notice every hip coffee shop in Brooklyn plays the classics. Help me put some queer South in everybody’s dang mouth.

Written By
Guest Authors
More from Guest Authors
*Republished with permission via Sharpe Suiting When people would ask me what...
Read More