dapperQ recently received the following question/comment from one of our femme fans:

“Hi! I’ve been reading your site a bit, and I’ve been really inspired by your fashion and courage. I’m a fairly femme lesbian, but I semi-frequently like wearing menswear, or meanswear-inspired clothing. (My girlfriend likes it too- she says it makes her happy to see me with the “girl in her boyfriend’s clothes” look even though she doesn’t dress all-masculine either.) A lot of what I read here though is about minimizing the feminine aspects of the body, and I like being a girl- a somewhat girly girl. Is it wrong to want to call myself dapper if half of my outfits include skirts (with chunky boots and an oversized jacket?) I just don’t want to step on anyone’s toes or be inauthentic- so many butch women and transpeople work through much harder stuff every day than me, and I don’t want to accidentally take something away from these amazing people’s courageous acts.” 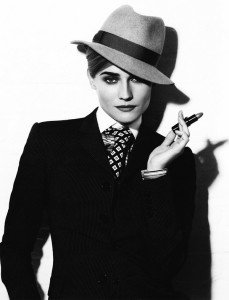 dapperQ is a visibility project that celebrates the inner and outer beauty of masculine-presenting people of all colors, shapes and sizes. dapperQ is an inclusive community; we welcome all of our queer and straight allies to join the conversation. The site is a much needed resource that serves to empower dapperQs to bravely explore and face challenges that are unique to their experiences.

I am half African-American and Italian-American, a woman, a lesbian, and a self-identified femme. I belong to a rich array of minority groups and minority groups within minority groups. This has been both a blessing and a curse. I get so much love and support from those who truly understand the value of building community based on shared experiences while simultaneously striving to address the diverse needs within that community. Unfortunately, I have also been asked to choose sides and have listened to many debates about “which group has it worse.” dapperQ is not interested in participating in the latter – we don’t keep score of what group faces the most obstacles.

As a femme contributor at dapperQ, I have been provided with a wonderful opportunity to learn about the dapperQ experience and the diversity that exists under that larger umbrella. At times, I have had to acknowledge my position of privilege. Yes, even a triple minority can have a position of privilege, in my case, being able to pass as “straight,” which has its own drawbacks. However, acknowledging my position of privilege does not take anything away from my experience, minimize my legitimacy, or make me any less deserving of human rights. It takes quite a bit of courage to walk proudly by a group of men on a subway platform who are hurling sexual obscenities at you, only to exit the train station and have a group of construction workers do the same thing to you on your way to work. 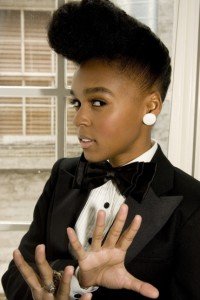 While dapperQ is committed to serving a particular niche of readers who face unique challenges, we also stand in solidarity and are honored to have femme allies, such as you, dear dapper reader. We pay tribute to all of the dapper Marlene Dietrichs and Katharine Hepburns and other feminine trailblazers who paved the way to redefine gender normative fashion, and in doing so, redefine gender norms. I bolded dapper in the previous two sentences to emphasize that any style can be dapper if done right. And by “right,” I mean remaining true to yourself.

One of our greatest femme allies, Shannon Lynch, has her own dapper style with a femme twist that I think you’ll love. She scored this amazingly gorgeous vintage bow-tie at a shop in Montreal. 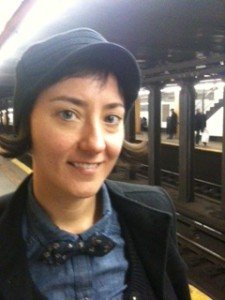 I love bow-ties, but I just don’t feel comfortable in them. If I wear ties, I generally go with a traditional necktie, such as the one I’m photographed in for our He Said/We Said series. Here’s another idea: 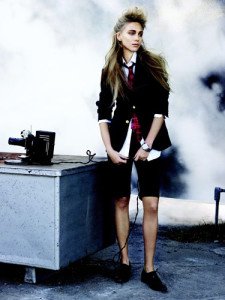 I was also thrilled to see In-Style magazine’s recent “Black Tie with A Twist” editorial featuring this beautiful Alexis Bittar bow-tie necklace. Unfortunately, it flew off shelves and is now sold out, despite its exorbitant price. 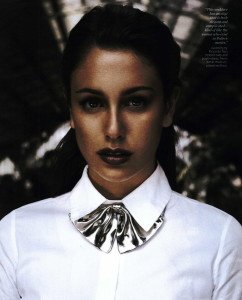 Fashion blogger Femi Meaux was also inspired by Bittar’s necklace and did a DIY version of it on a dime. 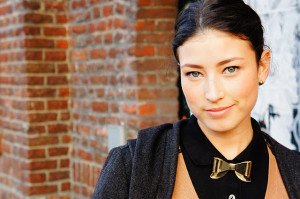 With that, I think I’m going to head on over to a craft store to pick up some supplies for DIY dapper accessories. In the meantime, keep coming back my fellow dapperQ femme!