I have been wearing men’s underwear for years, since way before the rest of my wardrobe was purchased from the men’s section. It started in university. (Read: a long time ago.) 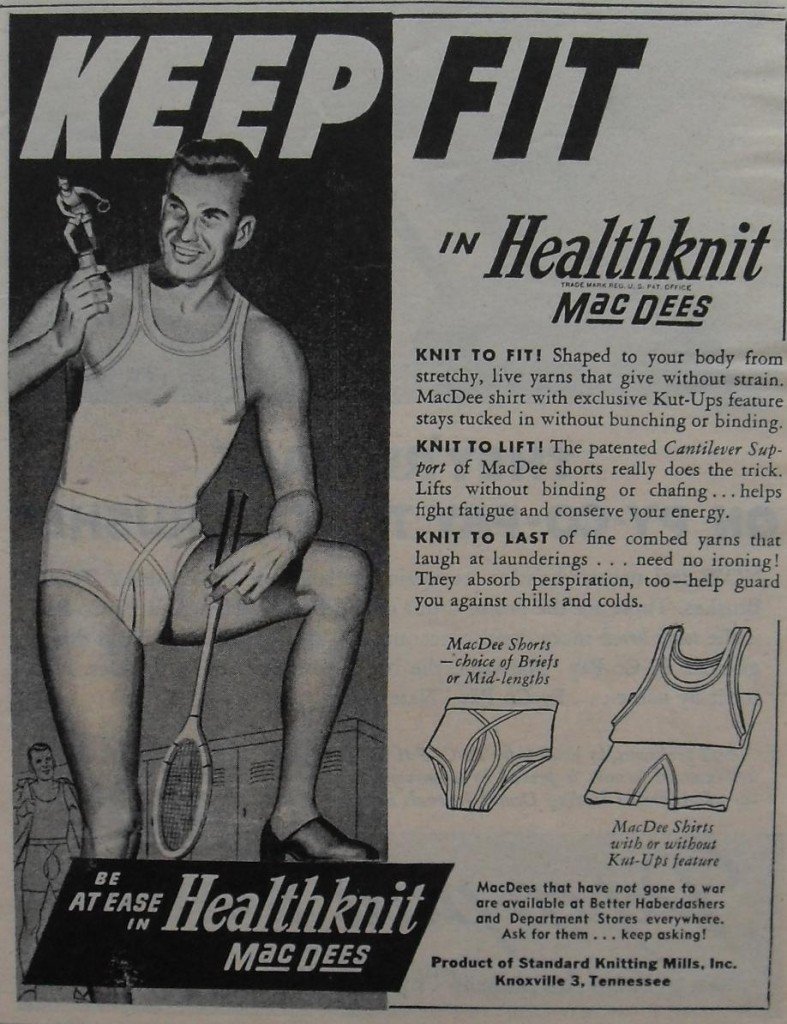 I had gone to my parents’ place for dinner and had brought my laundry. While folding the white load, something unfamiliar caught my eye. There, in the middle of my stuff, was a new-looking pair of y-fronts belonging to either my dad or my brother. I began to scrutinize them. “These underpants look so much more durable than mine. Look at that waistband. And the cotton is so much thicker. These things were built to last!” I stole them. (Is that gross? They had just come out of the wash.) I began wearing them on super-dykey days. They definitely made me feel different. More grounded. Tough. More butch, I suppose. I felt I had a secret source of power on days that I wore them. I sat differently, I walked differently and only I knew the reason. 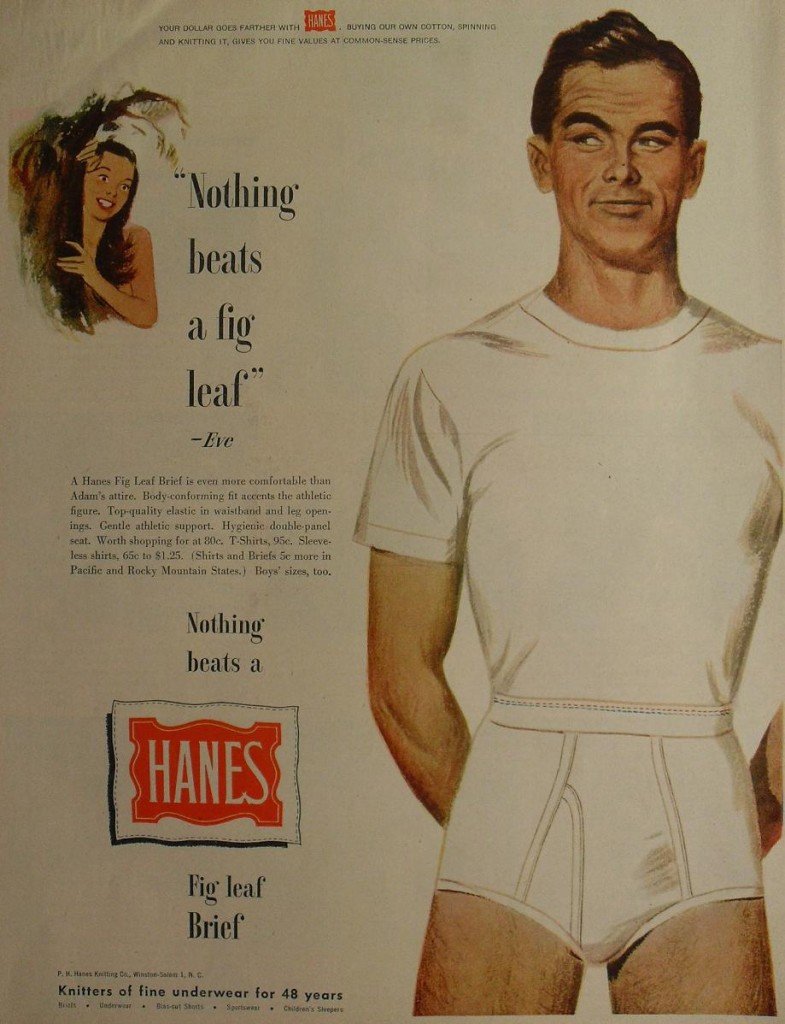 Even as a young child I hated the word “panties.” Panties were for girls. They were pink or maybe had flowers on them or both. My brother didn’t wear panties. I always called mine “underwear.” I just couldn’t stomach the word. “Panties.” It sounds childish, demeaning and trivial. My underwear has a serious job to do! 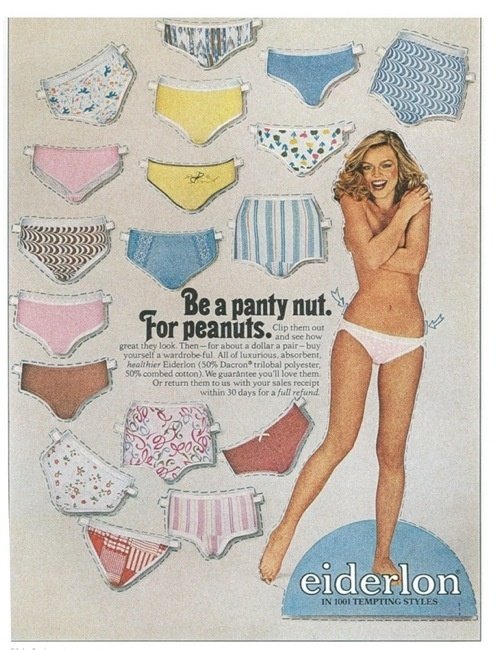 Once upon a time, the vast majority of my clothing decisions were based on practicality and comfort. “If a softball game broke out in the middle of the day today, could I join in?” “If someone proposed an impromptu camping trip, could I drop everything and go?” I was one of the “women in comfortable shoes.” …And comfortable pants, shirts, sweaters and socks. This panties thing really rubbed me the wrong way. 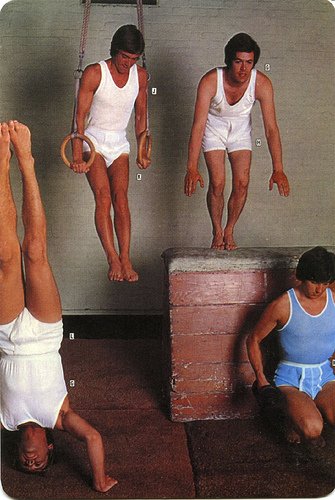 If I was suddenly thrust into the wilderness for a month with just the clothing on my back, these whisper thin unmentionables would never survive the boiling-and-pounding-against-rock-type laundering necessitated by the circumstances. But the thick cotton y-fronts? Those things had staying power! Also, they were cheaper.

Despite these rock-solid reasons, it took me a very long time before I added a few purchased pairs of men’s shorts to my purloined pair. It’s one thing to have a pair jump into your hands while folding laundry and fairly beg to be taken home, and quite another to make the conscious choice to eschew the norm and head to the men’s underthings department. Once I started, of course, there was no going back.

In this way my transformation progressed from the inside out, undies first. But the really meaningful changes, the ones I made consciously, came once I saw myself in my new masculine clothing. I realized then just how long I had been yearning for my outward appearance to align with how I felt in my soul. I am still delighted when I catch sight of myself unexpectedly in a mirror, swaggering around in my dapper threads. It is a continuous positive response loop, this journey of self-discovery. I no longer talk about practicality and thriftiness. I am woman who wears men’s underpants. Period.

My girlfriend loves the way I dress and that I wear men’s underwear. She loves that they are gender playful and transgressive. She thinks it’s hot. Through her I have come to understand the joy of dressing for the pleasure of others. I wear the clothes I like and she finds me handsome, so I want to do it more. But more than that. With her I have discovered the power of owning who you are and announcing it to the world through your clothing.

This brings me back to panties.

I used to look at women’s clothing and feel the oppression imposed by each piece. The bra, instrument of lace and underwire torture, designed to augment and flatter the breasts; blouses with pleats and tucks to show off the work of the bra; tight skirts granting easy access while restricting movement and, ugh, the hobbling effects of foot destroying high-heeled shoes! 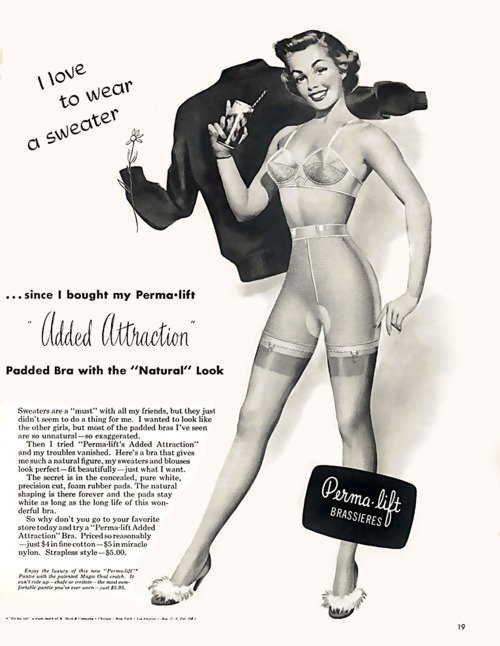 I would rhyme off all these perfectly legitimate excuses for not wearing the clothing. What I hadn’t yet learned was that it was not the clothing that was oppressing me, but the pressure I felt to choose clothing meant to highlight my femininity. I needed to get to a place of comfort with myself, with my gender presentation, with my underpants, before I was able to understand the choices other women make and not judge them.

Something happened on one of the first dates I had with my girlfriend. We were dressing up to go to the theatre. I bought a suit vest and matching trousers, a shirt and a vintage tie I knew she’d like. It was the first outfit I purchased to fit my burgeoning style. My girlfriend dressed high femme: a black corset-style top, tight skirt, very high heels. So sexy. When we set eyes on each other we both moaned a little and went weak in the knees. We turned heads walking to the theatre that night. All eyes on my sexy girl and a double-take as they saw me holding her hand. As the lights dimmed in the theatre and the curtain began to rise, my girlfriend leaned over and whispered, hot and close in my ear, “I’m not wearing any panties.”

OMG you guys! Just for me! She had chosen this incredibly sexy outfit and done this outrageously hot thing not because it was dictated that this was how she should look and what she should do, but because she wanted to, because it made her feel good. And she knew the effect it would have on me. She wanted to look feminine and sexy for me and I wanted to look handsome and sexy for her. Do you see? Her choice of clothing was just as deliberate as mine. Where I would have felt diminished and weak and silly in her clothes, she felt powerful and desirable.

This realization completely changed my view of women’s clothing. Now that I understand that my discomfort with panties has more to do with gender than with how they actually fit or feel, I am able to walk into a lingerie shop, the girliest of all places, and feel neither judged nor judgmental. I can look around, eyes gleaming, mouth watering just a touch, like I’m in a candy store. All of it could be mine, worn for me by the woman I love who wants to wear it because she loves how it makes her feel. 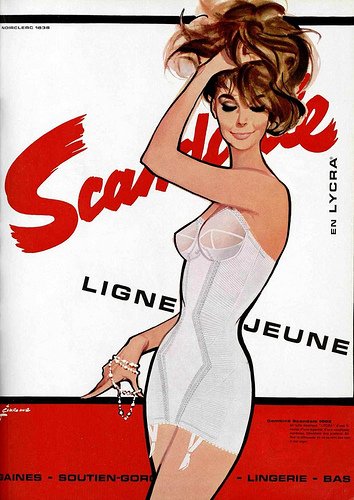 And she knows I love to see it on her. She loves the effect she has on me when she wears this stuff. Just for me. Just to make me happy.

I never knew. Nobody ever told me I could feel like this.

A note from the Features Editor: Love what Titus has to say about this topic? Want to learn more about how to dapper your wardrobe “down South”? Read what our friends at Autostraddle and Buzz Cuts and Bustiers have to say about shopping for men’s underwear. You may also enjoy dapperQ’s interview with underwear designers Let’s Be Brief.