It took a Halloween costume to make me realize I could be dapper–that I didn’t have to be femme just because I’m a curvy-bodied person. Last October I noticed, rather by accident, I had nearly all the accoutrements for a Mad Hatter ensemble.

The prospect was subconsciously fascinating because my great-great-something grandfather was reputed to have had mad hatter’s disease. It didn’t appeal to me as a macabre joke, but rather as a way for me to channel a masculine energy I didn’t previously know I possessed. The same energy made me run to show my dad when I tied my first necktie some weeks later. When I looked in the mirror dressed as the Mad Hatter I saw myself transformed into the dapper butchy grrrl I never dared to think I was. 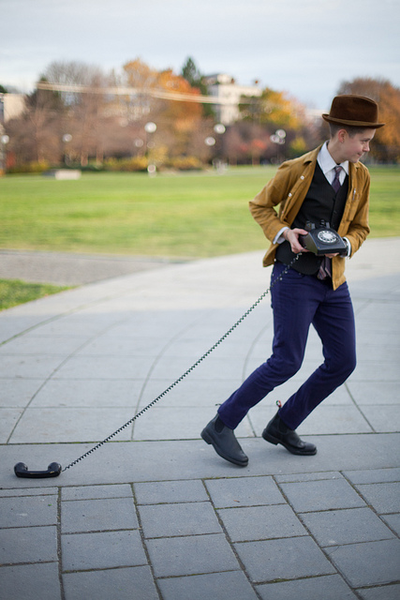 I thought I had to own femme because my body hadn’t conformed to androgynous proportions since I was a kid, but I kept qualifying femme with other terms without any combination ever feeling like me. Ultimately, I found myself excusing my gender out of existence. Not only had I not seen many images of or had first-hand encounters with curvacious people doing dapper, I also have a tendency to initially adopt qualities that I am attracted to. Queer femmes often make me lose utter track of how to breathe, but I can finally trust I can love them without feeling the need to become them. 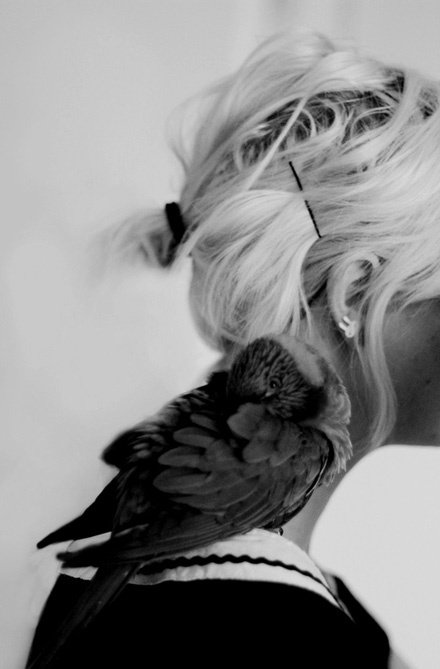 I have previously come out as a genderqueer femme, arguing:

“Gender is a spectrum of performativity that materializes through actions and stylizations; a spectrum that only gains gendered meaning through culture. If there is no essential connection between femaleness/femininity/femme-ness, if the connection is all fabricated and assumed by culture, why can’t their connection also be queer?”

I still believe in asking this question and that making femme visible as a genderqueer and queer identity is important. I feel some loss that this issue of visibility is no longer a directly personal project for me, but I won’t forget what I metamorphosed through to learn about myself.

The question also implies that it is culture that defines the curvy body as primarily female/feminine/femme, a connection that can therefore be bent, blended, and countered in a multitude of ways. 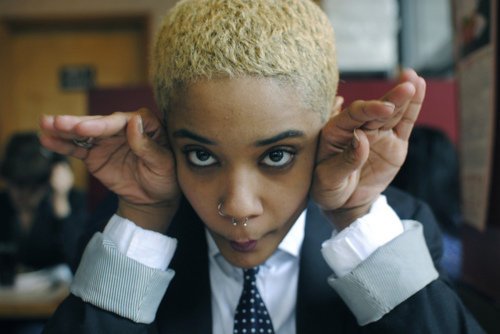 For me, being dapper redefines the contours of my body as mine and as something I a view as beautiful because I finally feel comfortable in it. I want other curvy-bodied people to feel like being dapper is a valid mode of being for their bodies. Furthermore, I want to discuss the cultural assumptions that so often define dapper bodies as non-curvy, and why those assumptions bring about the invisibility of curvy dapperQs. 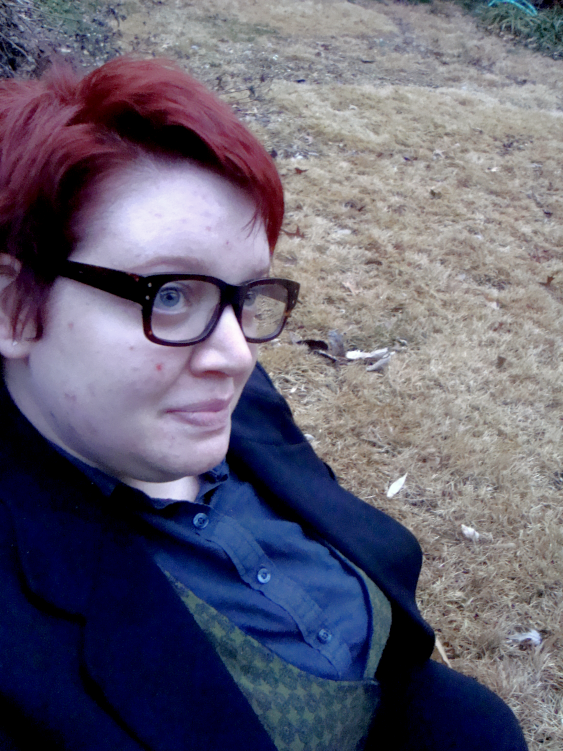 Written By
Ren Wilding
More from Ren Wilding
I rarely feel more awkward than when I ride the elevators at...
Read More