Tylan Greenstein, one fourth of the folk quartet Girlyman, is a softspoken queer who packs some sick harmonies and thoughtful lyrics. On June 18th Tylan will be releasing her solo debut, “One True Thing,” which includes the single “Already Fine” featuring Amy Ray of the Indigo Girls. Ty took a minute before her busy album release to talk to dapperQ about moving out West, music business, songwriting, and the boy’s department. 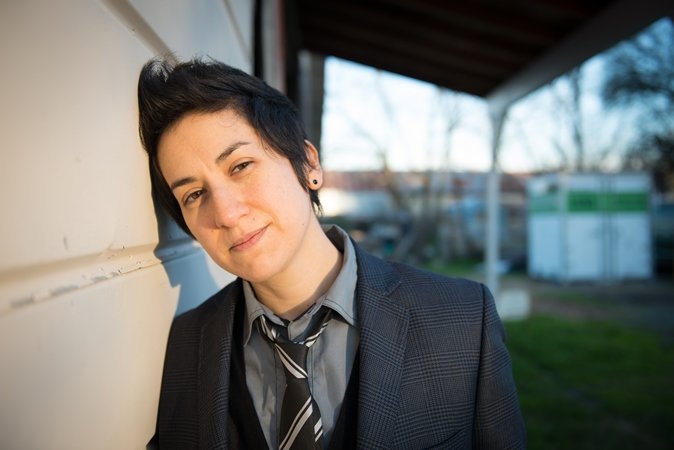 dapperQ: So I see that you grew up in Princeton Junction, NJ. I used to go there sometimes in high school to visit a friend and I have to say, it SUCKED.

Tylan: (laughs) You are correct. I couldn’t wait to get out of there. I left after I graduated high school and I went to Sarah Lawrence. Which was kind of the polar opposite of where I grew up. I just recently moved to the West Coast, on January 1st. It’s been a huge change for the new year. I’m still unpacking boxes. Everything is different for me right now. It’s like starting an entirely new life.

dapperQ: Let’s start from the beginning of your music career. Your first album with your band Girlyman was released on Daemon Records, which is run by Amy Ray of the Indigo Girls.

Tylan: Amy signed us and Daemon Records released our first two records. After that, Daemon sort of changed structurally to the point where they weren’t really releasing records any more. I think at this point they’re only releasing Amy’s work. So we released our first two CDs on Daemon and we released the rest of them independently. It was really helpful to be on the label because we got to work with the Indigo Girls and we got a lot of exposure through that.

dapperQ: How was it moving from a label to working independently?

Tylan: We had more to do when we were doing it independently but, it’s basically like, record labels give you a team to work with whereas when you’re working independently you are assembling your own team, so it’s not that different. Ideally you’re still not working alone.

I definitely am doing more work myself now, partially because I’m not with a band whereas in Girlyman we all had our responsibilities: setting up the website, dealing with the album artwork, etc. I’m actually working with a designer to do that now. I’m also working with a booking agent and a publicist. So I feel like I still have help in regards to that.

dapperQ: What sort of challenges did you go through towards the end of Girlyman that prompted the band hiatus, after your last album Supernova?

Tylan: In 2010 Doris was diagnosed with leukemia and that was sort of the beginning of the intense changes. We went through that as a band, and she went into remission about a year later. I think that we just never really recovered, financially and emotionally. All of the things where we pushed ourselves became too much and the dynamics shifted in various ways, personally. It was just a lot to go through and we all felt after that it would be great to take a break from what we had been doing for…ten years, really…and work on other projects. When you’ve been touring that hard for that long with the same group of people it definitely wears on you. It pushed us in that direction at the time, during the release of Supernova. A lot of those songs have to do with all of this change.

dapperQ: What is your songwriting process like? It must be have changed now that you are working as a solo artist.

Tylan: I have been working on this new CD, One True Thing, since last summer and it’s very different. I was in Girlyman for so long and I worked collaboratively for so long that it’s very different to have to call a lot of my own shots now, both musically and business wise. In terms of my album I have been collaborating with Michael Connolly who is producing it. So it doesn’t feel like I’m alone. But it’s a different team of people, and it’s a different process. And I think it’s been helping me really grow as an artist. 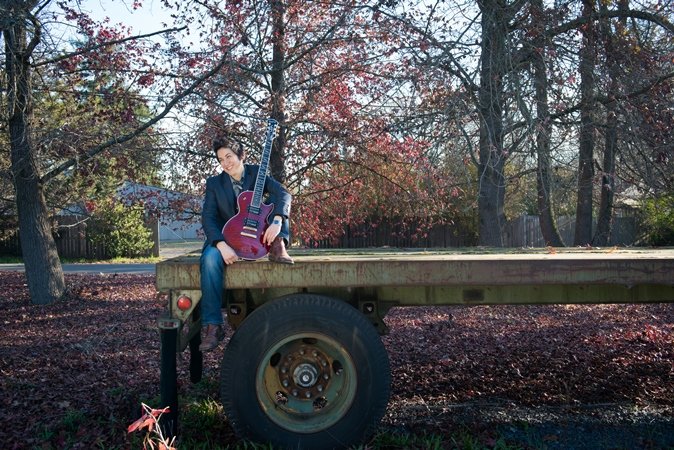 dapperQ: Who have been some of your biggest musical influences?

Tylan: With Girlyman a lot of my influences were those old harmony groups like the Mamas and the Papas, Simon and Garfunkel, and the Indigo Girls. Solo work has been more about songwriting influences as opposed to vocal harmony influences. So Patty Griffin, Gillian Welsh, Greg Brown, Ani DiFranco, people like that.

dapperQ: How has it been being a more masculine presenting person in the world of folk music?

Tylan: In the folk/Americana genre there aren’t a lot of people that look like me. There are a lot of GLBT people in the genre but not necessarily as genderqueer as I am. Coming on stage with short hair, wearing a jacket and tie, it’s not something that people see all the time. Yet for me, even though I’m not thinking about gender while I’m playing, I’m aware that I’m presenting in a certain way. I wouldn’t have it any other way. It’s who I am.

dapperQ: What does genderqueer mean for you?

Tylan: It just means that I don’t really fall into any particular gender category in my own mind. It shifts. I use female pronouns but I would say I’m pretty comfortable with any pronouns. It’s not something that I feel I have a fixed identity around, so I feel like the word genderqueer covers much of that territory for me.

I also sing, so I have a female singing voice and it’s exactly the voice that I want to have. Lower register, alto. But that genders me as well. People are looking up and seeing this masculine presentation but this very female voice. I really like that.

dapperQ: Tell me about your photo shoot outfit.

Tylan: It’s the first time I’ve done this, but I had on a button down shirt and a sweater cardigan with a sport jacket over it. I got the sport jacket in Paris, blue with patches on the elbows. And the shirt was one that I found in the boy’s department that came with this little boy’s tie. I’m really small, so it takes a lot of digging. Sometimes boys 12-14 shirts fit me, but most of the time they’re not anything I want to wear. This time, though, I thought it would work really well with this jacket and it did. I paired it with this thin cardigan, and these jeans that are falling apart, and Fluevog shoes. I like to have one or maybe two really nice, solid elements to my outfits – like my jacket from Paris – and then other elements I pull from thrift stores, boys’ departments, etc. I find if you have one really classy piece it can pull together the whole look for less money. 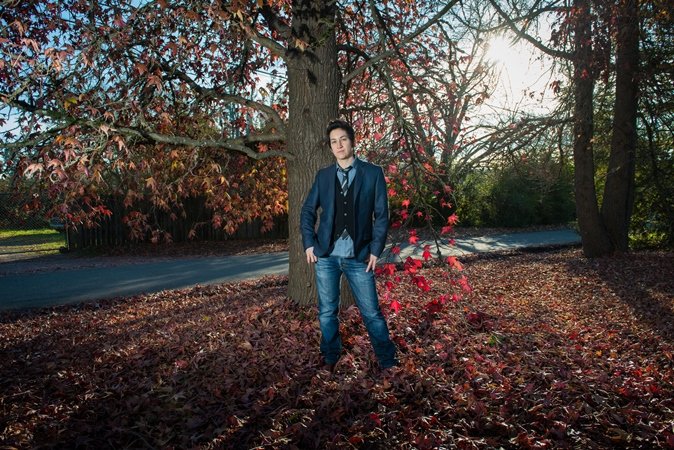 dapperQ: What will you be wearing on your tour this spring?

Tylan: I’ve been enjoying wearing jackets with ties. But I don’t know, I might shake it up. For a long time in Girlyman I wore a lot of t-shirts and had a more casual look and I’ve been enjoying just being more formal on stage lately, and a little more put together.

I’ll be playing at some really great venues, like Joe’s Pub and the Freight & Salvage, places that are slightly nicer. But I’ll also play little bars in small towns. Sometimes when it’s a smaller venue and there aren’t a lot of people there it still feels good to really dress up and bring it rather than phoning it in. It motivates me more to play a really good show.

Written By
Joelle Zigman
More from Joelle Zigman
With many of the artists I interview for dapperQ, this is their...
Read More