Since its launch in 2011, Stud Magazine has been a strengthening the ties of the global community of masculine-identified women. Stud Magazine is an online publication that not only has a killer fashion feature, but also incorporates a holistic approach to stud lives, including advice on education, jobs, and artistry, among other things. It has been a long time coming, but we (dapperQ) finally had an opportunity to chat with co-founder and Editor-in-Chief, Alyssa Asomani. Take a peep into her style and brilliance below:

DQ: So, how do a couple of young people up and start a successful online magazine? What is the story behind the creation of Stud Magazine?

AA:  The story is quite simple: being surrounded amongst many masculine identified females, constantly vibing, supporting, and understanding each other. It began naturally conversing about what it is like to have experiences in places of employment, schools, and dilemmas amongst ourselves and the community. We were tired of having negative ideas associated with studs, especially when the majority of studs that I know are doing such amazing things. Few of us thought, “Where is our visibility? Where are our resources? How fly would it of been if it was easier to connect with other masculine identified folks to see how they got to that stage in their life?” In Toronto there was no publication that displayed this sort of message. Few, of us decided to put something polished together and create something wonderful. In 2010, we launched an awareness poster campaign; and in 2011 we launched our first free online publication. 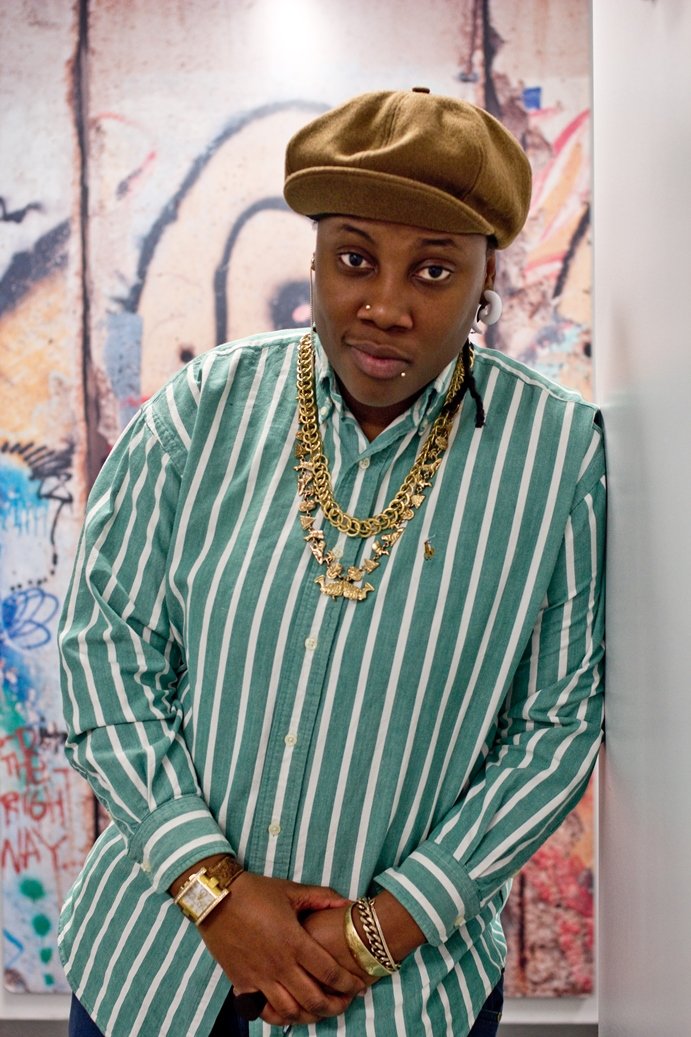 DQ: What are the major challenges you are facing or have faced in running the magazine?

AA: With running a publication like this, for us, major challenges at times could be connecting with individuals in different part of the world dealing with scheduling and different times zones. It can be tricky but still well worth the connect indeed.

DQ: Is there a positive side to overcoming these challenges?

AA: It’s a blessing to work with many people across Canada,  the U.S., and overseas. It’s a testament to the strength and magnitude of the communities.

DQ: Take this scenario: You are presented with an opportunity that would increase your readership exponentially. For instance, Conde Nast wants to work with you. What role do you see your magazine playing with a larger, potentially less empathetic audience?

AA: I think working with something of different caliber would be consideration, but, we would never jeopardize the magazine’s authenticity. We are where we are because of the honesty of our writers and our readers. We are going to stay focused and stick to what our mission is; to provide positive visibility of diverse masculine identified females. Also, with a larger audience, it’s expected that not everyone will like every specific thing you are doing. But, as long as we are not compromising our content and photos, spreading the awareness of stud culture to a larger audience isn’t a bad thing. 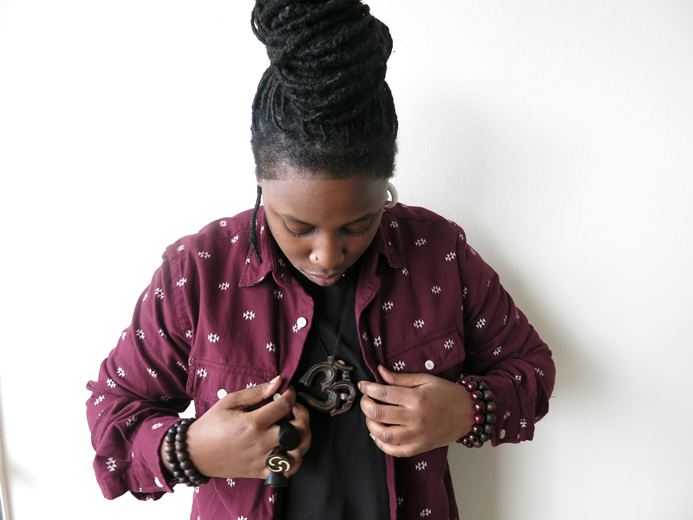 DQ: How would you represent the community of studs to that (mainstream) audience?

AA: I don’t think it’s a question of representing or telling the stories of studs to large corporate entities for them to understand us and to think that we’re viable. The magazine doesn’t represent that. We’re developing a message for our community. The message we share with our readers is no different than the message we would share with large corporate entities. If larger, less aware demographic digs our work, that’s fly. If not, that’s okay as well. As long as people have the opportunity to question their feelings and knowledge of masculine identified females of colour. That in itself is progress.

DQ: What is your response to people who think gender labels such as “stud” are outdated or restrictive?

AA: To my understanding, the word stud has been around for a while; it pre-dates the word butch actually. However, the context in which it is used within queer non-gender conforming communities of color maybe fairly new. I believe that labels have the amount of restriction one places on it. There are many meanings I think the word stud embraces. Personally, I do not place restriction on labels. I still identify with the word and if others find the term restrictive that is fine. I simply believe there is more to the word stud then many people might assume. 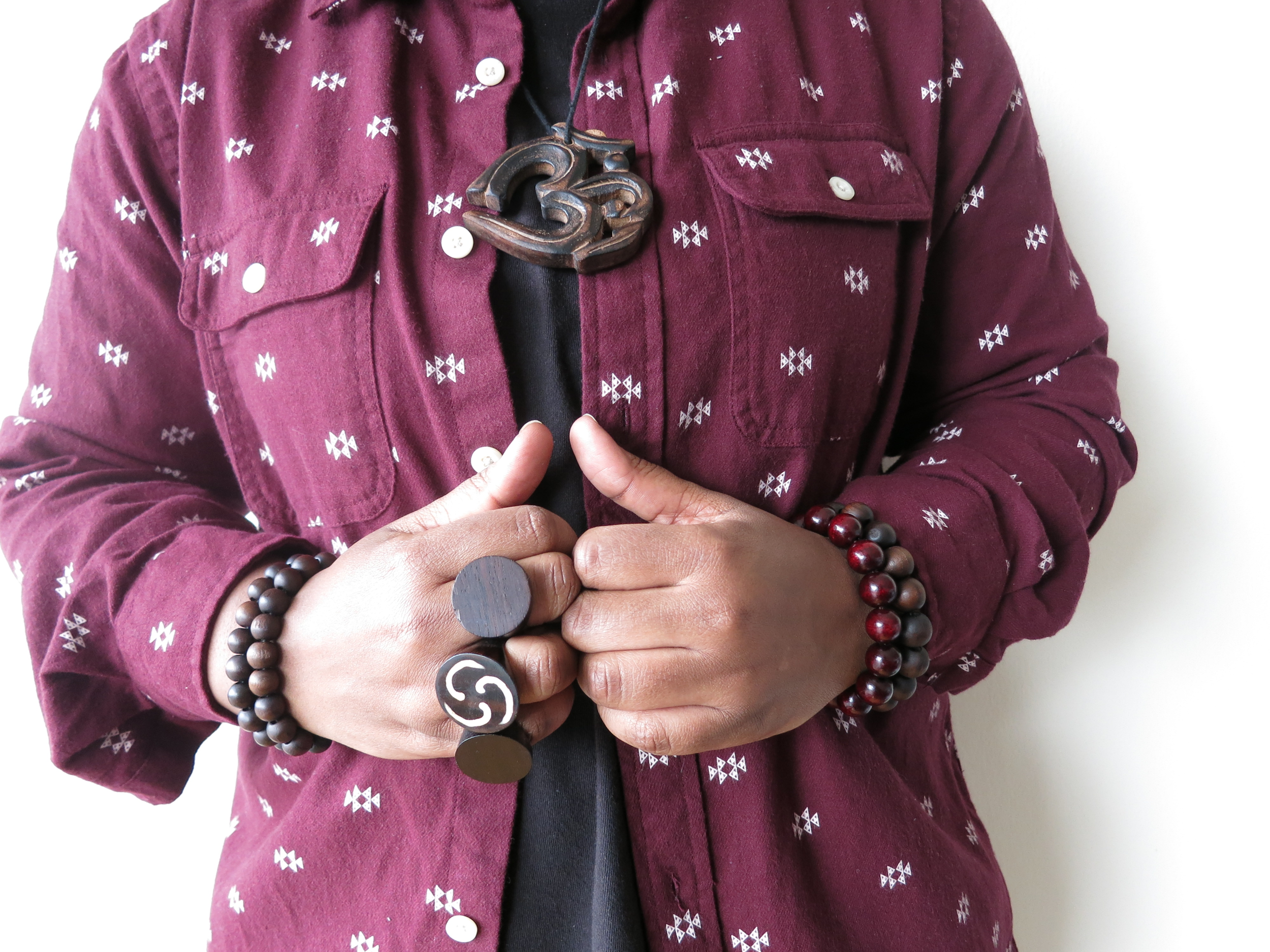 DQ: How do you think your identity as a stud affects your persona—what people see and perceive about you? (ie. Your partners, family, friends, and the public)

AA:  My identity as a masculine identified female affects how others think of me. It has been evident in my educational and professional journey that individuals with whom I may interact for the first time –  or over longer periods of time –  hold assumptions because of some “unknown” aspects of my gender. Assuming my actions are aggressive, misogynistic, trying to be someone (male), and all the other negative connotations that masculine identified females face, when in fact this is not the case. At times individuals treat me the way they see me through their lens, trying to complete a story they’ve already compiled about me in their heads.
DQ: I’ve noticed some that some studs shy away entirely from any form of femininity. How do you feel about incorporating aspects of femininity into your style (e.g., mixing boxers with mascara)?

AA: For me, I have always shopped in the “men’s” section. As soon as I enter a store, I know which direction I am headed towards. I feel as though I still will take a look at the “women’s” section; as my “style” has increased, I’m more open to a variety of things. But, I have not been too impressed by what’s there. It doesn’t fit my individuality and outer presence. Simply put, I am not mixing and matching. Others might, and that is definitely very cool, but not for me. It’s just not my fly.

DQ: Picture yourself in your everyday clothes—what are your essentials?

AA:  A handkerchief, pins (A stud mag pin to be exact 🙂 to always represent), a pair of dope shades and meaningful necklace pieces, bracelets, or rings to match my feelings.
DQ:  If you were invited to a gala, how would you spruce up your outfit?

AA:  For me, simplicity is key; nothing over the top is necessary. An ascot or a small bowtie, with a nice watch is enough. 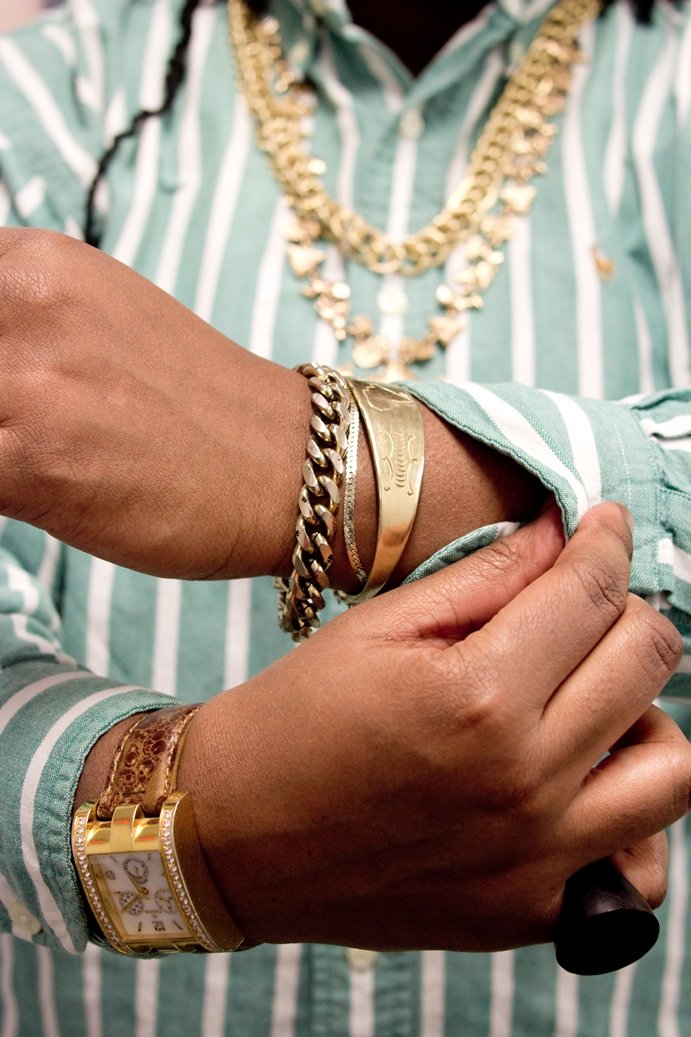 DQ: Are there any special touches you add to your clothes to express your individuality?

AA: To be honest not really, I take pride in all the pieces I have. I like to express my identity through specific pieces that I am fortunate to have to embrace my humility, humbleness, and inner peace. I feel grounded in wearing gold. Being from Ghana, also known as the Gold Coast, remembering how much Africans are richer and so much more than the western world chooses to believe. Also wood, to help me remind myself of materials from the earth, which is such amazing blessing in the world. Relating to nature is something society is losing and I choose acknowledge nature in my daily life.

DQ: Do you have any final words or advice?

AA:  Much peace. There have always been negative connotations associated with masculine females. Through my own personal experience, the magazine, and other networks within the community there are many masculine identified females doing absolutely amazing work. It makes me very proud to understand and to know that we are indeed making movements in phenomenal ways and I am tremendously appreciative and humbled to see that. 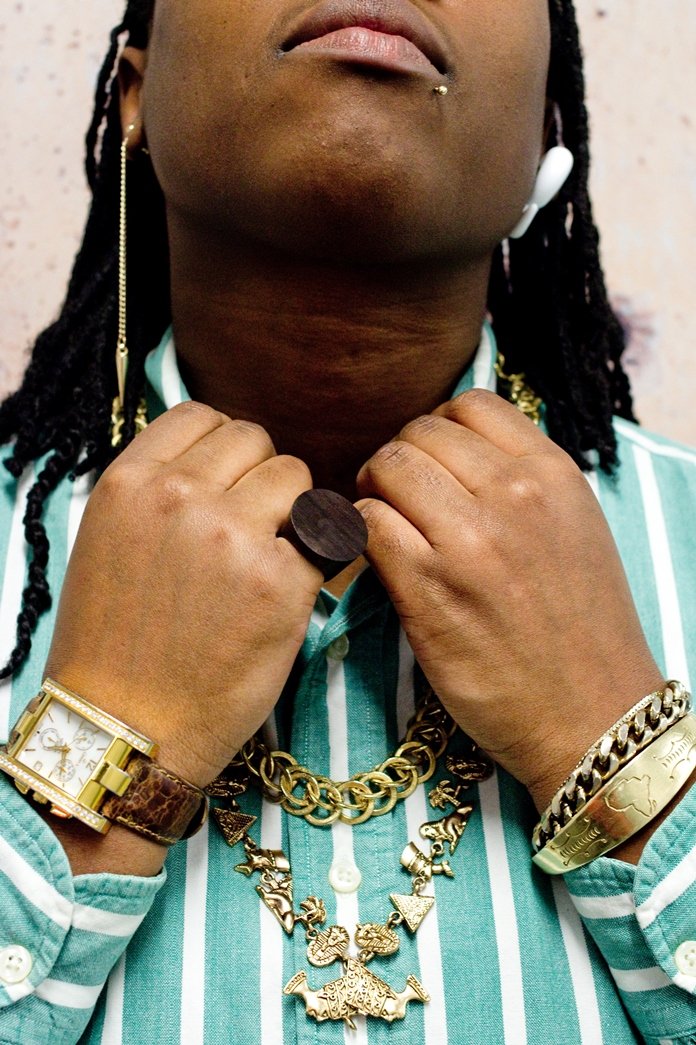