A few months ago The Test Shot, a project I run with my friend LGW on transmasculine style, was interviewed by Rae Tutera here on dapperQ.  Towards the end of the interview we were asked to give some advice to our fellow dapperQs.  My answer was this: “You can dress braver than you feel.” Strangely, in the weeks that followed I couldn’t shake off a sense of uneasiness at my answer. Why did it it get to me? It was a good “sound bite,” inconsequential yet evocative of the fun or fearlessness that we associate with queer people and queer fashion.  It was my own answer. I just didn’t know what I really meant by it.

After spending almost a year working on a style blog for transmasculine people, the relationship between style and bravery had crossed my mind a few times. One particular shoot stands out. My collaborator LGW was shooting our friend Liam for the blog and I was assisting. It was one of the few really hot days of the summer. We were in the over-grown garden of Liam’s terrace house. Music and the sound of a family arguing and children playing came in thick from next door’s open windows. At one point, an elderly neighbour from the house on the other side  popped out to remind us to report the fallen down fence to the landlord. We had a chat about the rats. Everything was close. In the middle of this, Liam stripped down to a pair of tiny leather shorts, suspenders and a spiked collar. The tattoo across his stomach read “Queer as fuck.” He leant against a brick wall and I couldn’t get over it. It was out there. It was defiant. 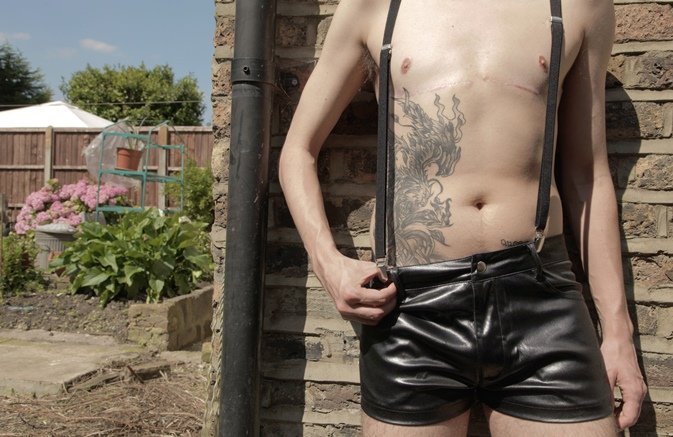 From Liam’s shoot. Photo by LGW for The Test Shot.

It wasn’t the outfit as much as the setting. We were practically in the suburbs. To me that means doing everything possible in your power to make people think you’re a nice normal boy. If you’re wearing anything as inflammatory as a tight pair of trousers or too much jewellery, you keep your eyes down and walk quickly until you’re in a part of town where no-one knows your name and you can do as you please. I guess I’m old fashioned like that. Instead, Liam could have stepped out of a leather bar and on to his back door step. We had asked him to do that. You can’t expect someone to show you the clothes that are most important to them without bringing along the context of their style. It just happened that the context of tiny leather shorts meant nothing and too much on that small residential street. Isn’t that a definition of bravery – to act in view of risk or danger? To live in spite of fear. 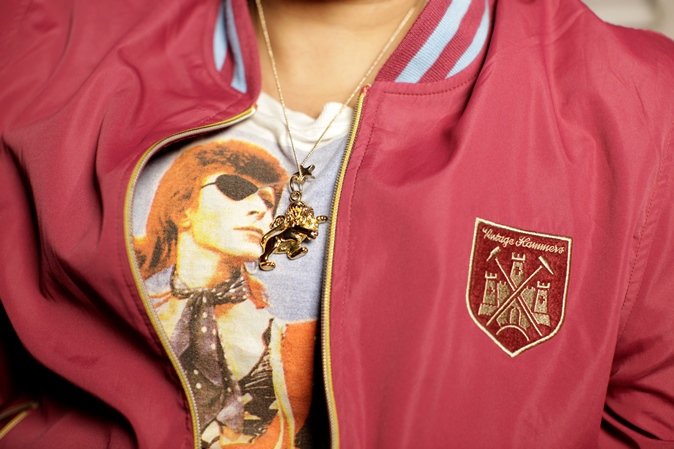 From Faizan’s shoot. Photo by LGW for The Test Shot.

I’m not sure it’s good enough. Short story: I don’t want my life to be judged as exceptional and astounding and just-about-liveable. Surviving is not a goal: it’s the bare minimum. “You’re so brave” – ever heard that? It rings like an out-of-tune piano. It reminds you that no matter how well put together you are, how meticulous your parting or how good your taste in vintage dresses,  you’re being judged by different standards. It’s as if the very fact of your existence is a marvel.  The ways in which you flourish are invisible because they are not considered possible. Still, ten out of ten for effort.  Quite frankly, you deserve better than that. 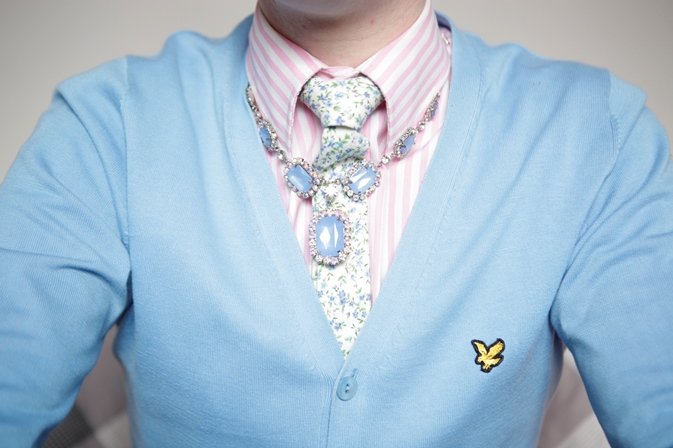 From Harri’s shoot. Photo by LGW for The Test Shot.

I want us to embrace a more superficial bravery.  Are you wondering what bravery really has to do with style? As it stands, they go way back. The perhaps less obvious definition of bravery is to make an impressive or showy display, to be bold and colourful and visible. Basically, it’s all about surface. At least, it would be, if creating an aesthetic for yourself and knowing yourself were not one and the same.  The way you feel about what you wear helps you to know who you are. If style is on the surface, I’ll have to assume that’s where feelings live too.  Dressing braver than you feel means trusting that at some point, your feelings will catch up  with the statement you’re making.  It means that you recognise that style is a way to create  a social space for yourself that otherwise does not exist. It might take a while to grow into that space.

You can dress braver than you feel – but it’s how you feel, not how you dress, that really matters.