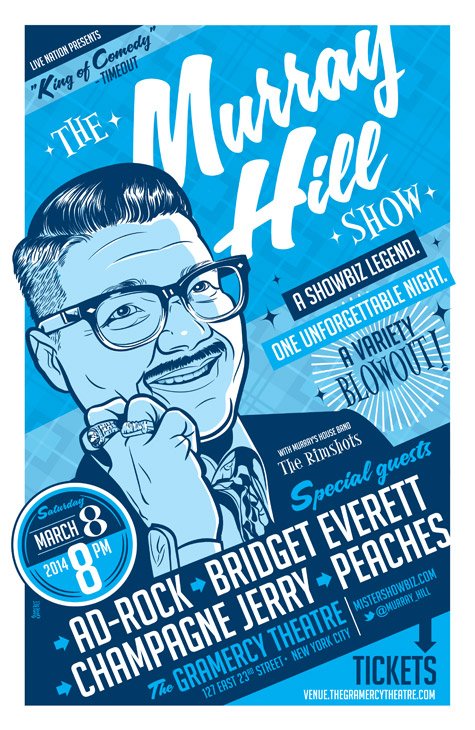 At dapperQ’s recent, fifth-anniversary celebration, I had the honor of presenting Murray Hill with an award for the brilliant work he does to advance visibility for our peeps.   In a world of imitations, Murray is the real deal and he’s ours.  If you haven’t had the chance to see Murray perform, grab tickets to this one-night only show this Saturday, March 8 at Gramercy Theatre.

A natural showman, Murray’s down-to-earth approach has made him the darling of downtown entertainment seekers with his consistently sold-out shows for more than a decade. The New York Times anointed Murray “Downtown’s New ‘It’ Boy.” He’s been included in “Best of New York” lists in the Village Voice, Time Out, Paper, New York Magazine; inducted into PAPER’s Nightlife Hall of Fame; selected as OUT magazine’s Top 100 influential performers; included in New York Magazine’s “Fifty Most Iconic Gender Benders of All Time” and named one of the top 12 gender-bending performers in NYC by Time Out NY. And he’s just wrapped the first season of his own pop culture show on MTV’s new network entitled “SHOWBIZ.”

Tickets can be purchased online: venue.thegramercytheatre.com or at the box office in person or by calling 212.614.6932.

Written By
Guest Authors
More from Guest Authors
While perusing Facebook for dapperQ networking opportunities and outreach, I found a...
Read More