Having recently attended a Kickstarter event at the Must bar for Sharpe Suiting, a queer-centric brand forging the way in producing masculine dresswear undefined by gender binaries, I had high expectations when I was invited to their final Kickstarter. Sharpe did not disappoint – they definitely know how to throw a good party! 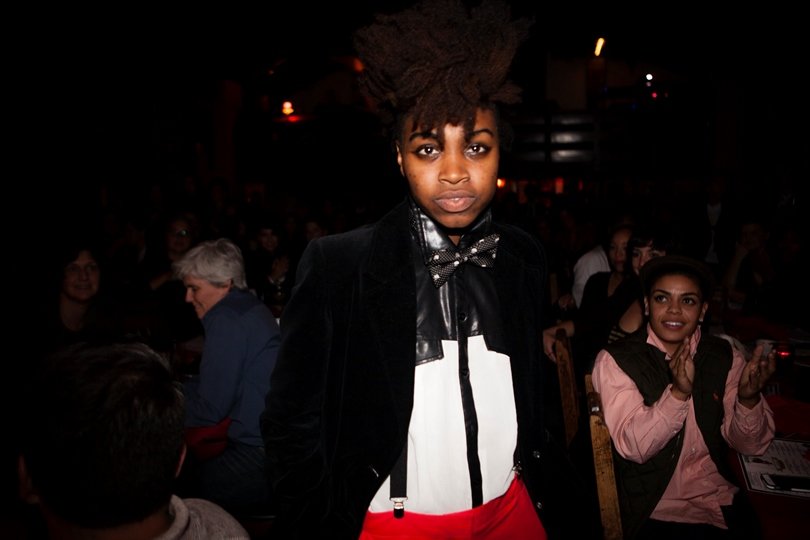 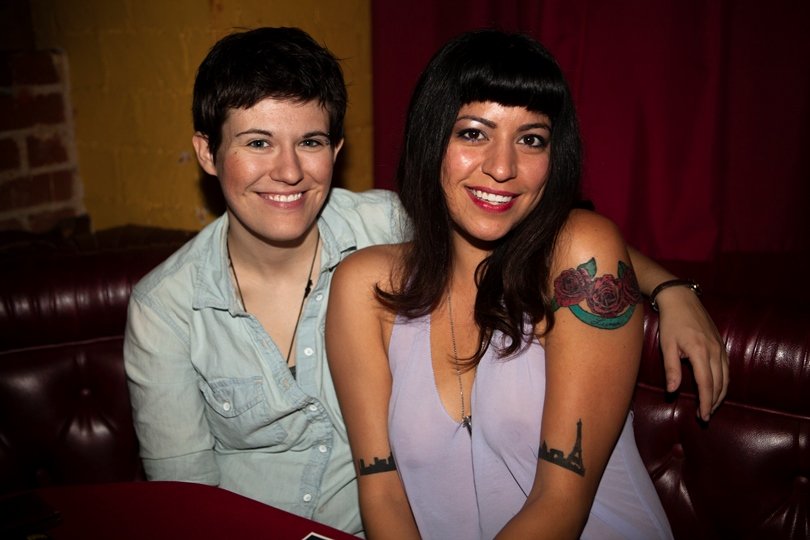 Sharpe took over a gorgeous bar in Silverlake called El Cid for the night. The bar was the perfect backdrop to the brand: glamorous, sophisticated, and timeless. The event had a cool soundtrack provided by the very dashing DJ Automaton, who played a mix of fun classic campy pop songs that got attendees showing off their moves on the stage! 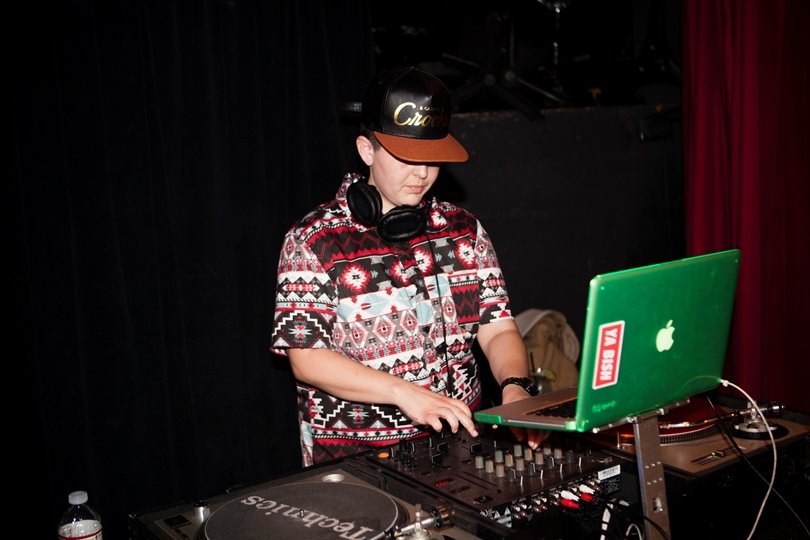 Despite being busy preparing themselves for the events of the night, I was warmly greeted by Sharpe company leaders, Vanessa Craig and Leon Wu. Both were very snappily dressed, with Vanessa wearing an old-school tuxedo complete with frilled shirt and a bowler hat, and Leon rocking a dressed down, all black look with a blazer over a Sharpe t-shirt and a flat cap. 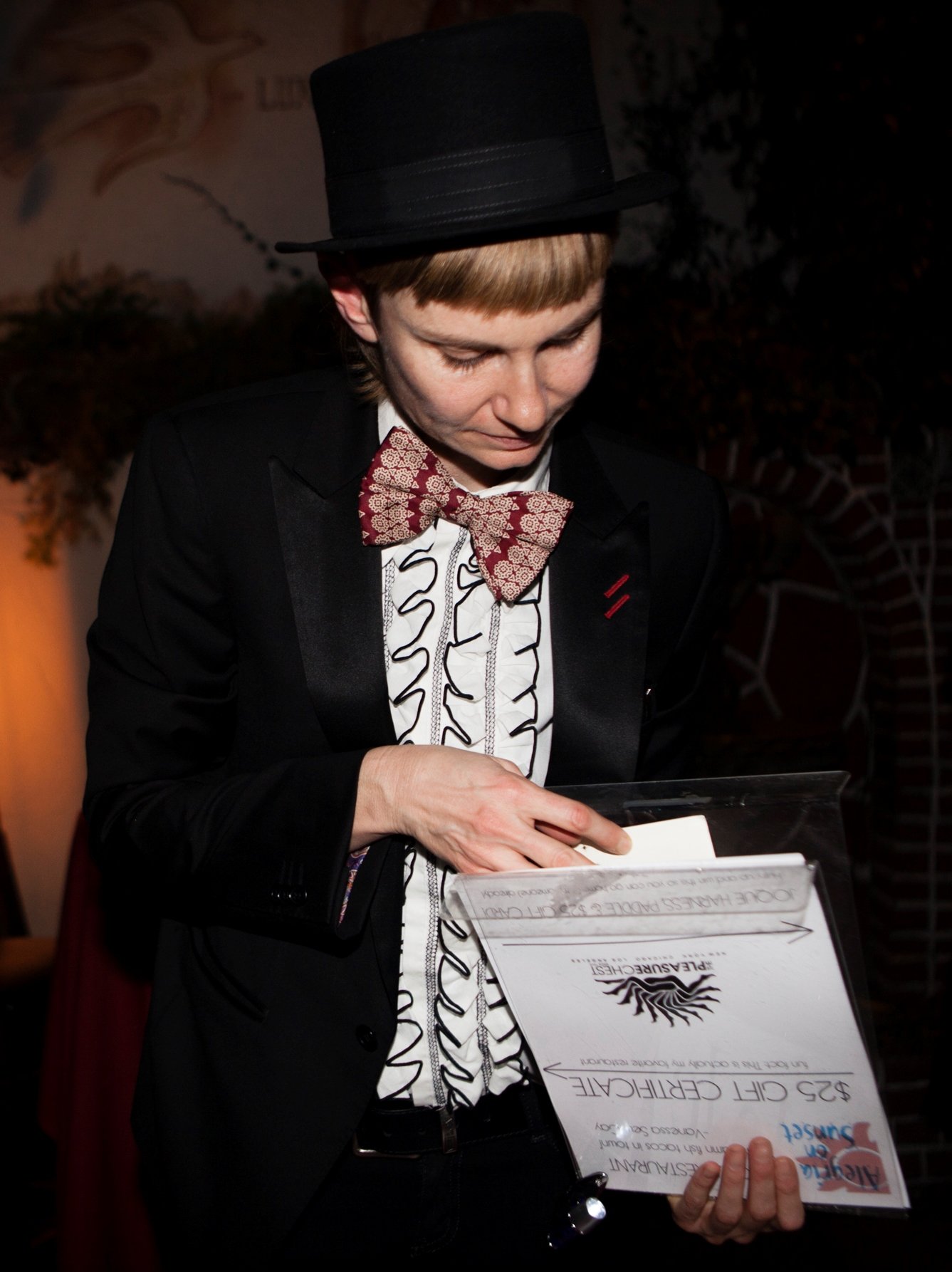 I got to chatting with a few of the guests, who all had their reasons for being out and supporting Sharpe. Alison told me how she enjoys East Side queer parties; she likes how they are not intimidating and how she prefers their genderqueer vibe to the more gendered atmosphere in West Hollywood. Drag king Phantom had come to support a fellow drag king friend, who was modelling later in the night. She commented that she loves the company and wants Sharpe to make her wedding suit stating, “Queens can’t make a King’s suit!” Other guests told me of their purchases from Sharpe, including Shinah, who knows Vanessa and Leon personally. She loved her suit’s tailored slim fit, which Sharpe was able to tailor to her body perfectly!

The festivities kicked-off with trivia featuring lesbian-themed questions such as, “What does Shane tell Dana she ought to get now that she’s an out and proud lesbian?” (I’m not at all ashamed that I knew straight away the answer was “a mullet!”) The trivia included a whole section on “Queer Fashion,” and one of the questions even asked which blog had the tagline, “Transgressing Men’s Fashion” – I assume you all know the answer to that one! The trivia was followed by a raffle featuring some awesome prizes, including perfume and custom shoes for the winner.

Leon followed this up with a crowd-rallying speech, in which he pointed out that labeling menswear for the female bodied a “niche market” is inaccurate, making the point that Sharpe, along with other companies with a similar mission, have already made it a multi-million dollar industry on crowd-funding alone. The speech was the perfect segue for the fashion show, which featured a diverse group of self-styled models showing off their personal dapper finery, ranging from casual looks to suits. It was amazing to see the menswear-clad models preening, full of self-confidence and being the center of attention in the room, and it completely embodied Sharpe’s mission. The winning model wore an all-black outfit, made up of black dress pants and a short-sleeve black shirt, accented by stunning gold collar tips. 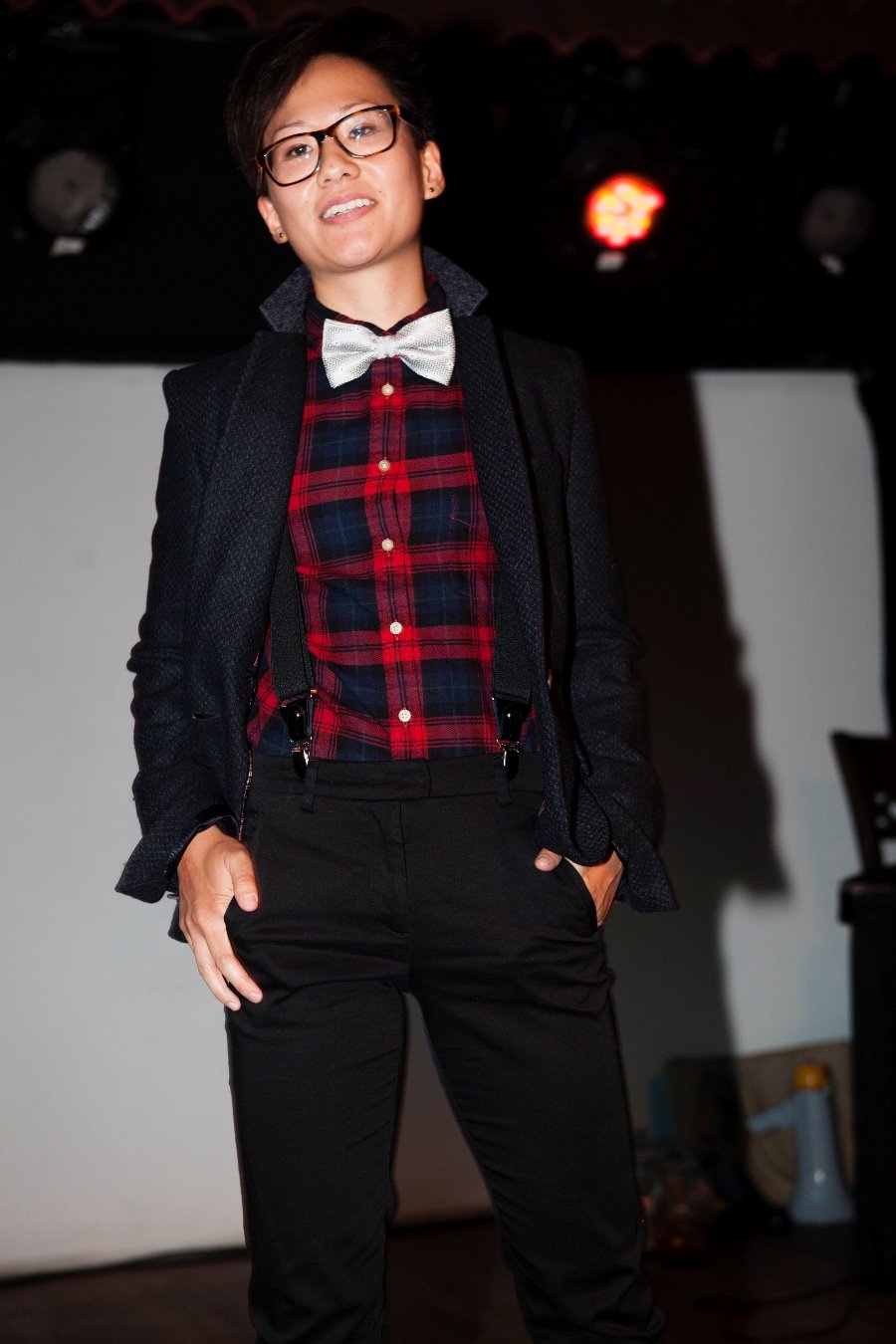 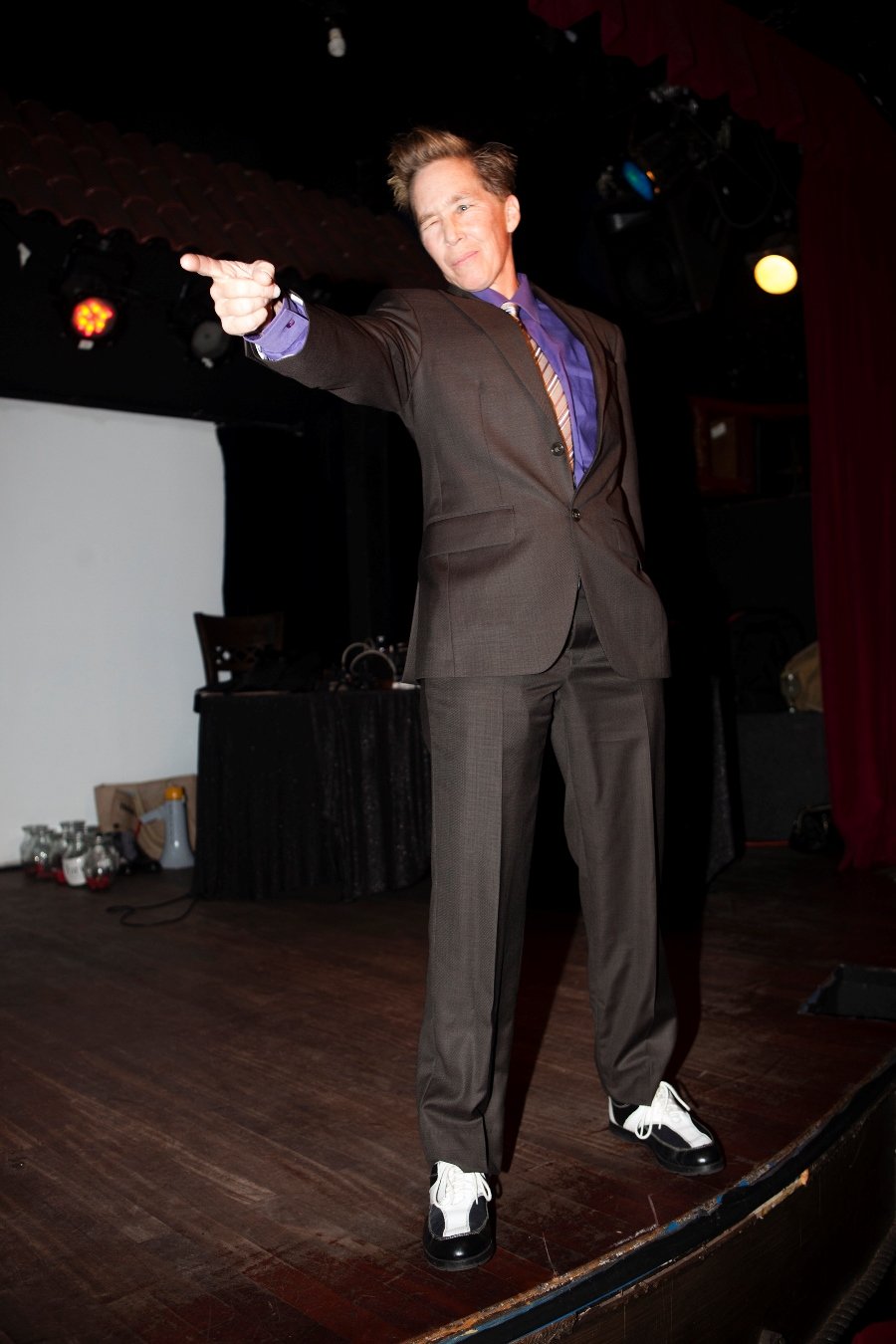 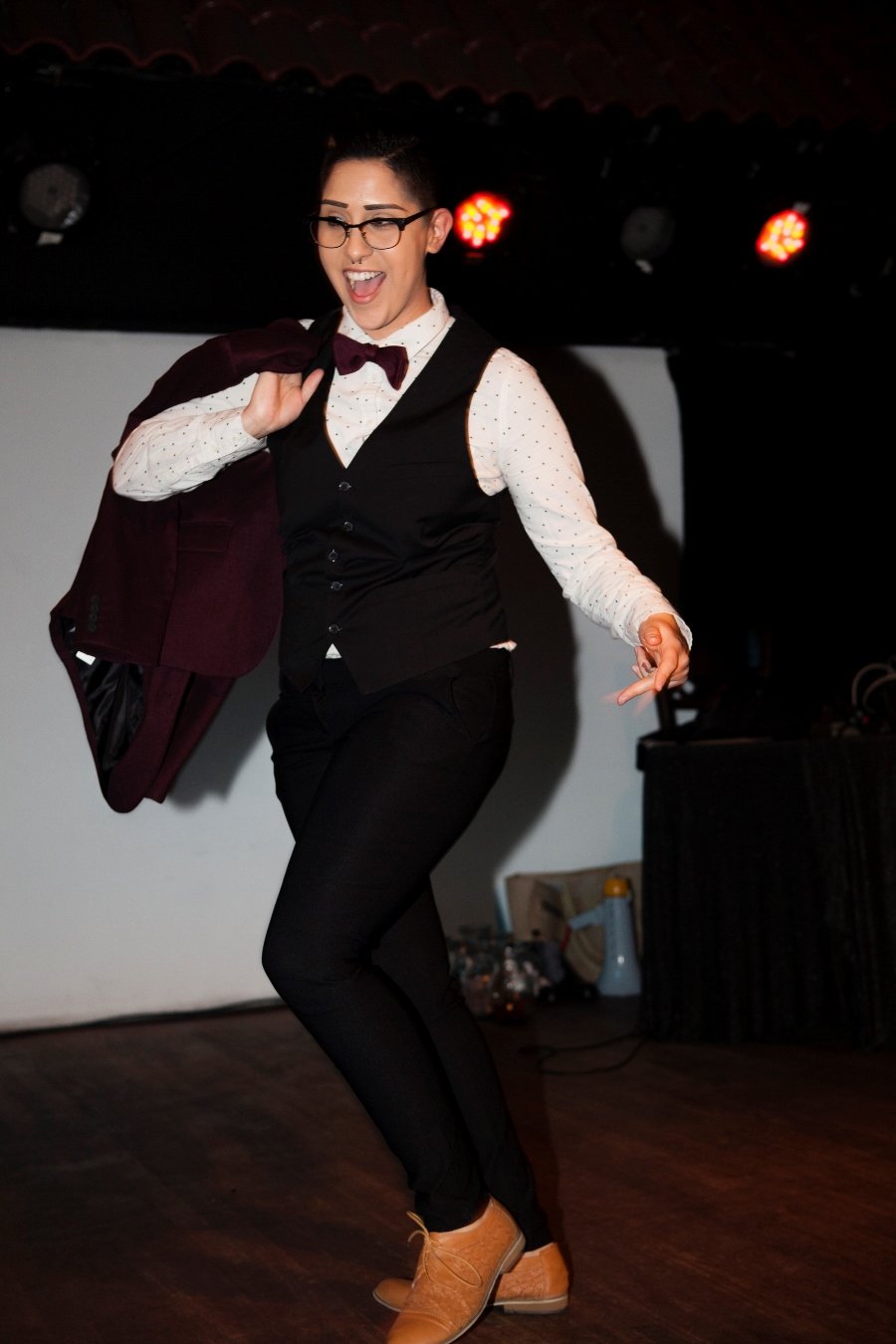 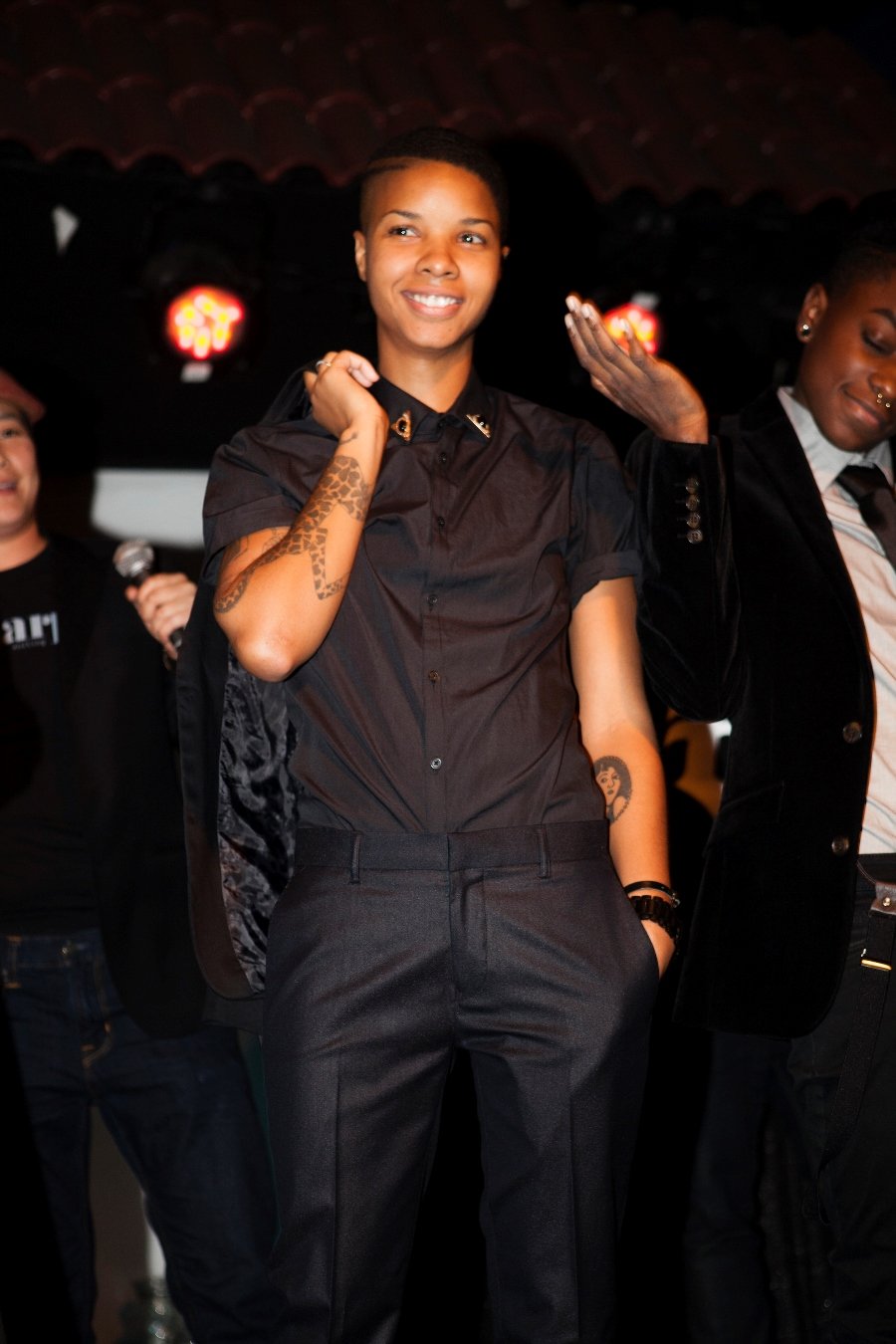 After yet another amazing Kickstarter event, it is hardly surprising that over the weekend Sharpe released the fantastic news that they have reached their $60000 goal to start a ready-to-wear line! Check out Sharpe at www.sharpesuiting.com – there are sure to be many great things coming from them in the near future. 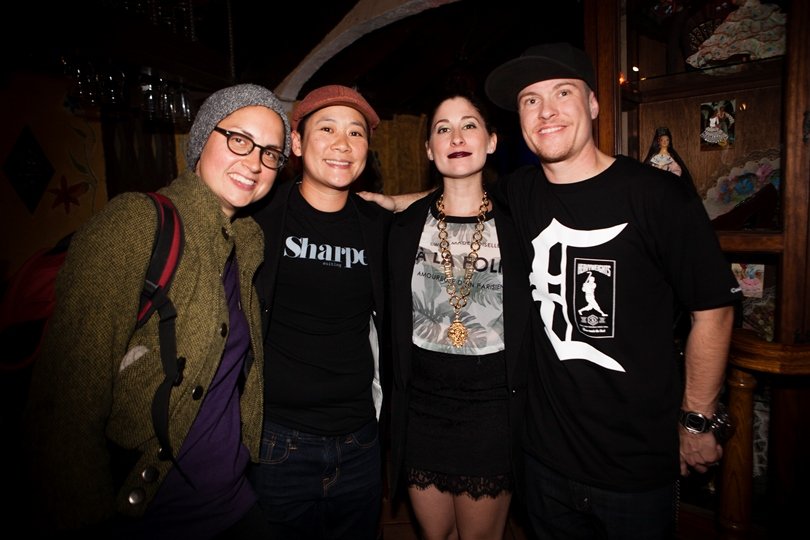 About the photographer:
Molly Adams is from Los Angeles and she takes pictures. You can find her on instagram @mollyktadams if you want.

Written By
dapperQ Team
More from dapperQ Team
In July 2013, dapperQ published our first ever list of 100...
Read More