Here’s a daring idea! What if I focused more of my effort on finding men who rock looks dapperQ’s could too! 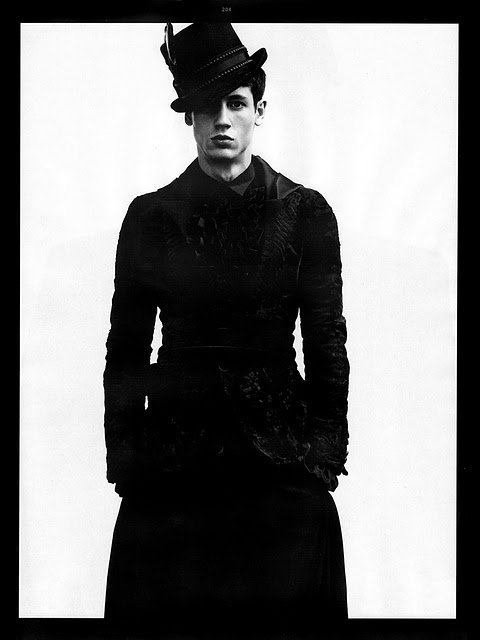 I don’t know much about these looks, who the designers are or the models. I wouldn’t know how to put together anything approximating them. What I do know is that they make me dizzy with desire — the lines, the colors, the textures, the juxtapositions. I want to know more about what these designers, stylists, bloggers and magazine publishers are seeing and doing in menswear. Women and genderqueers aren’t the only one transgressing men’s fashion — these photos represent a subset of men who are doing it too.

I go to a wide array of queer events in NYC looking for folks who aren’t men, wearing menswear well. And, having been on a hardcore lookout for the past 9 months, I can safely say we are few and far between. Those of us who are doing it are making it up as we go, no doubt often making mistakes that even first year fashion folk at FIT wouldn’t make. 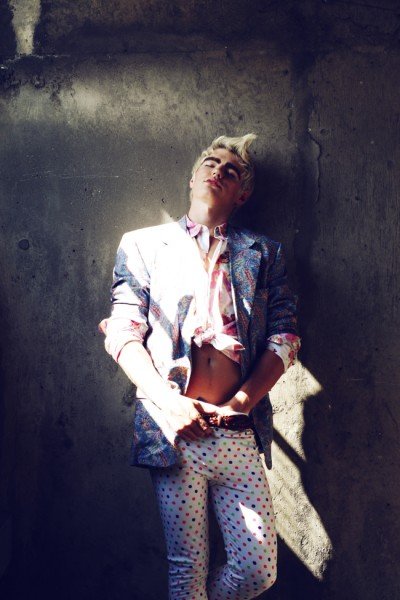 My buddy Robin Cloud went to Fashion Night Out last eve and said she saw nary a dapperQ. What she did see was a ton of cute boys rocking looks we could too.

I didn’t go to Fashion Night Out because, frankly, I figured I wouldn’t. And if I wandered in to men’s stores I knew folks would wonder where my hot wife’s husband was. But, jeez, if dapperQ can’t get it up to go, what hope is there for Sporty Spice in Phoenix or Vintage Vinnie in Houston?

I’d like to run more photos of boys sporting transgressive looks as well as interviews with them about how they do what they do. And I should probably spend alot more time trying to develop allies among menswear fashionistas who could help us get where we want to go. I know that may sound obvious but many of you are mad politically correct and, I fear, might hate on me for looking to the men for guidance on wearing menswear.

Would you think I’m selling out or would you welcome information on great looks and great sources from anyone who has got the goods? Discuss and get back to me?

Written By
Guest Authors
More from Guest Authors
One of the biggest challenges dapperQ’s face is finding shirts that fit...
Read More