Welcome back to Fashion Rocks, a series that celebrates dapper musicians across the globe. This week we’re featuring Sofia, an international singer-songwriter based out of London. A graduate of the Berklee College of Music, Sofia has has been featured on a variety of LGBT platforms such as Curve Magazine and SheWired, as well as other more mainstream sites like The Huffington Post, For Folk’s Sake, Pop Matters and more. Sofia’s latest single, “Ice Cold Love,” will be released May 18th. The song is part of her upcoming record entitled “In The City,” which she wrote while living in NYC after a truly awful break up. To celebrate the launch of her new single, we sat down with Sofia to talk about style, inspiration, and what her fans can expect next. 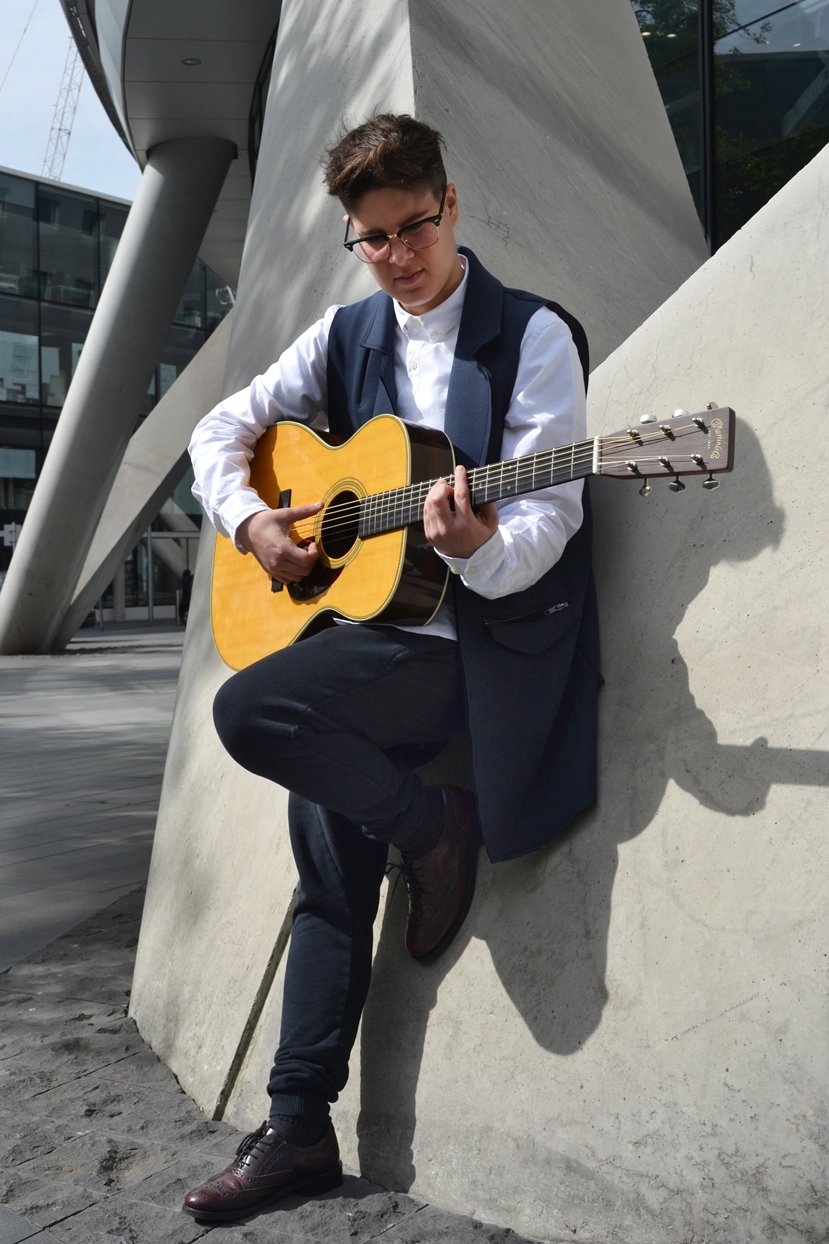 dapperQ: Tell us about yourself.

Sofia: I grew up mostly in London, but I actually lived in Venezuela until I was five, because my mum is actually from there! We decided after things started to get a bit tense and dangerous to move here (London), so I’ve always been quite grateful to have had the opportunity to grow up in such a creative and diverse city. My Dad is from Lebanon, so my brother and I spent a lot of our summers here as well.

Sofia: My dad’s side of the family is quite musical; he plays guitar and will actually be featured on the next record, which was recorded in Beirut. I always looked up to him and sort of followed in his musical footsteps and picked up violin at five and then guitar at 13, because he also plays both instruments. I went to a small all girls’ school in London, which at times did get difficult because I was gay. So, I ended up focusing completely on music and was in choir, orchestra, string quartets and just generally anything musical I could get my hands on!

Sofia: I think that because I’m so lyrically motivated, my work evolves as a result of every new experience that I have in life. I always start writing on guitar, which hasn’t changed. But, I think I’m transitioning into a new phase musically, as I’ve started testing out ideas on electric guitar, because I used to only write on acoustic. 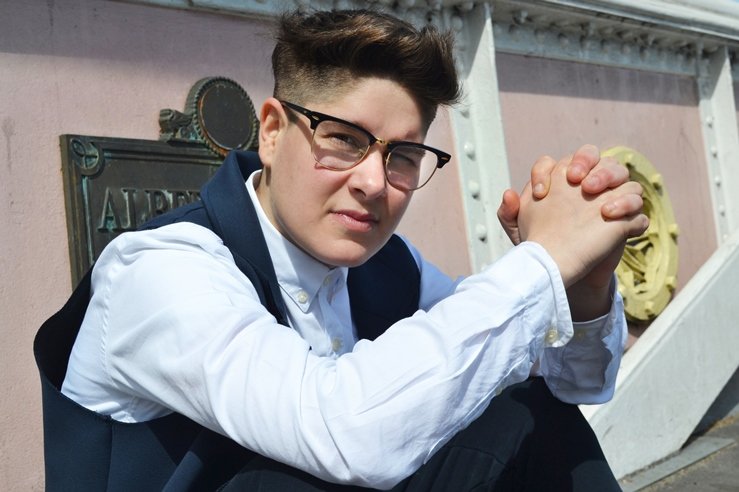 Sofia: The next record has a really relaxed and organic vibe paired with some really personal content. I grew up listening to Clapton, Bryan Adams and Elvis in my house, so I draw a lot of influence from them when I write.

Sofia: I just moved back to London after spending some time in Boston/NYC studying and working. My style is very much influenced from what I see others wearing; urban fashion is sort of an unspoken passion of mine. Given that my parents are Venezuelan/Lebanese, I can’t deny that I draw influences from those cultures as well, because I feel most confident and proud when I’m dressed like myself.

dapperQ: What other artists are you listening to right now?

Sofia: The list really is endless, because I’m always discovering new things. Off the top of my head, I’m really into ‘Wet,’ which Kandylion actually showed me when I was still in NYC. Other artists that I’ve recently been really inspired by are Hozier, Caitlinn Rose, Lily and Madeleine and Jake Bugg. 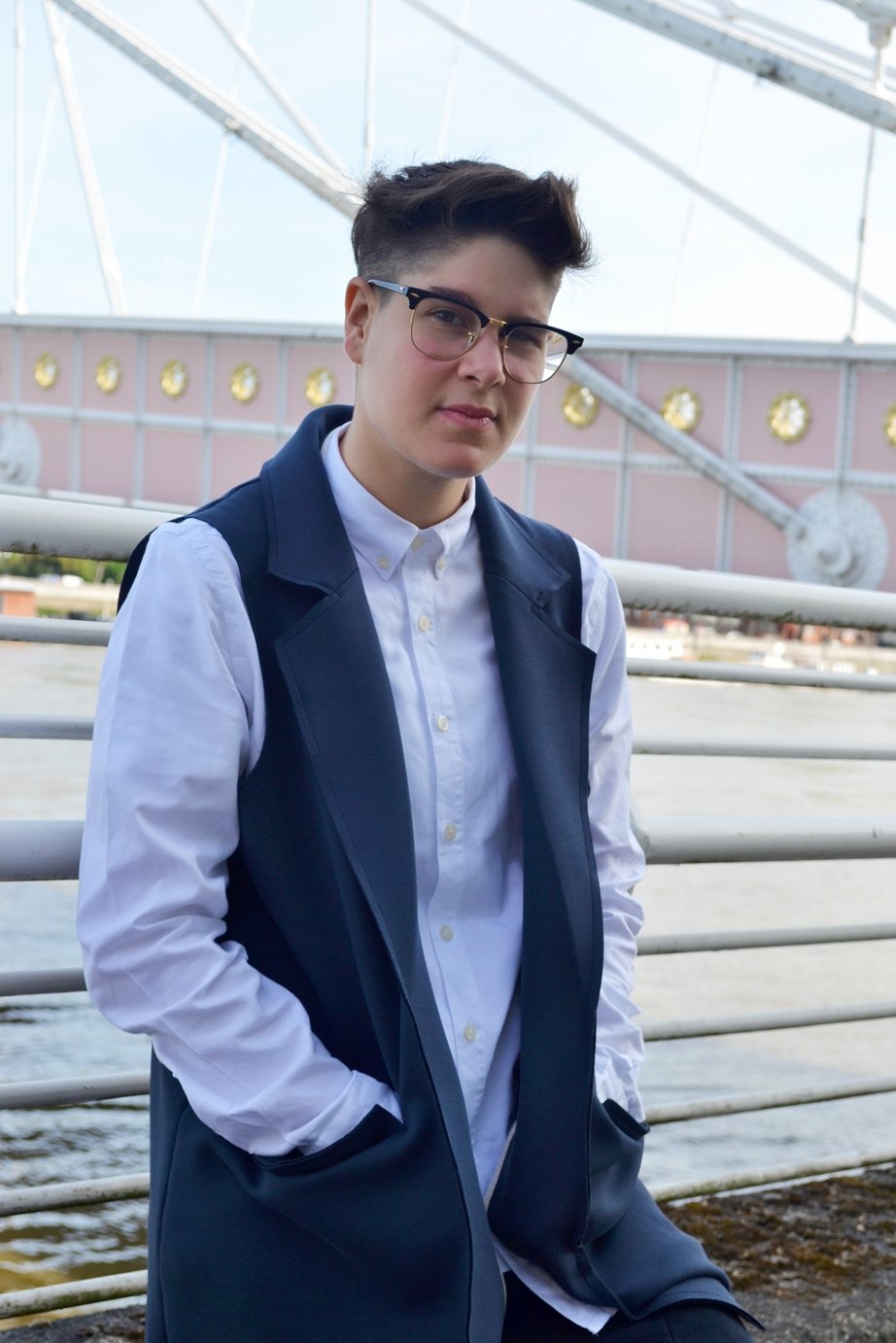 Sofia: To be honest, my style stems from many different influences. I’m inspired by urban, street, classic and preppy styles. It’s impossible to deny how strong the ‘Tomboy’ aesthetic is widely embraced in the UK, especially when one considers the fact that the recent election here resulted in record numbers of female Members of Parliament. It’s fun for artists to choose an outfit to associate with a song, but we also are trying to showcase authenticity. Ultimately, clothes are for insulation, it’s only recently that we are truly beginning to embrace the beauty and importance of females inspired by typically masculine forms of expression and career paths.

Sofia: Growing up, I used to dress in a more feminine way. I wore dresses, skirts and the lot. Although, I often wonder if perhaps my schooling had anything to do with how long it took me to fully embrace my ‘Tomboy’ style, because we were required to wear dresses and skirts, and no trousers until we were 16. I started at my school at eight, so, I was there for quite a while, but I wouldn’t have it any other way. Ultimately, it shouldn’t and doesn’t matter what you’re wearing; it’s about being comfortable. The more comfortable in my skin I became, the more I dared to explore different styles. 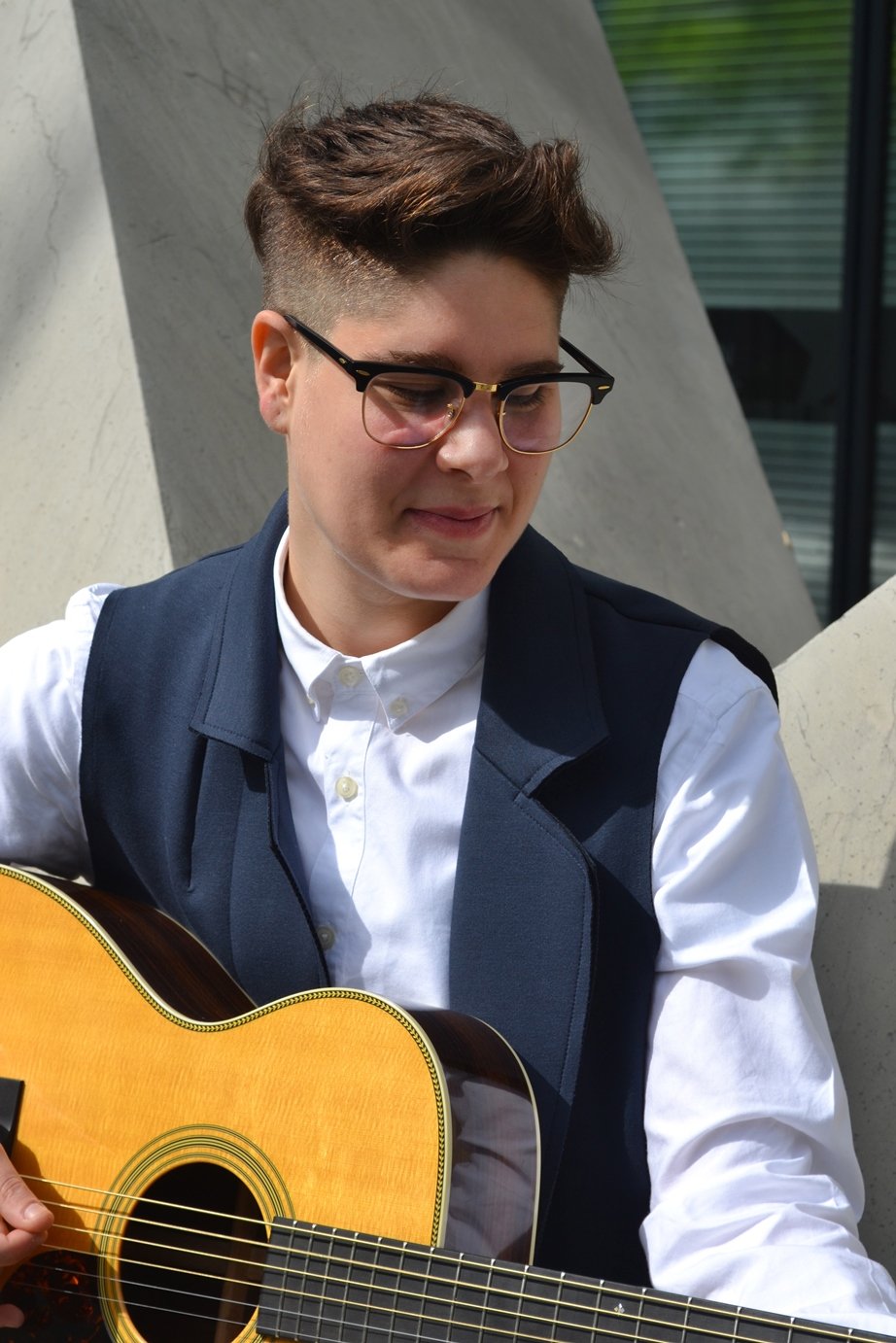 Sofia: My first single off the next record ‘In The City’ is out on May 18th. The song is called ‘Ice Cold Love’ and we shot the video in my area in London with my best friend for many years, who kindly agreed to do a bit of acting!