dapperQ will be making our debut as VIP media guests at Dinah Vegas this year! Of course, we wouldn’t want to be there without our readers. So, we’re giving away ONE weekend pass to TWO lucky winners. Each weekend pass includes access to the five main events, including:

Each winner will also receive a Dinah gift bag and an invitation to the sponsor weekend package guest cocktail party on Friday Night! To enter, simply let us know in the comments section below what you love most about Las Vegas. Entries must be made no later than 12:00AM EST April 1, 2016. Two winners will be selected at random. One entry per person. Winners must book their hotel room at either Flamingo or LINQ to redeem their prize.

Dinah Vegas has an impressive DJ lineup this year, so be prepared to strip down and get soaking wet with: 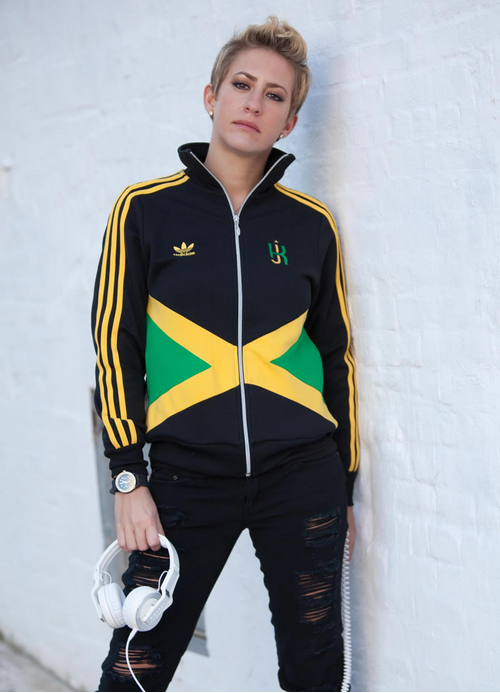 DJ/Producer Whitney Day is a classically trained musician-turned party-rocker leading the pack of a new generation of DJs. As quickly as she’s launched her career in the NYC club scene, she’s built a name for herself as a music taste-maker across the US and internationally. Armed with an exploding fan-base, coveted residencies and an impressive gig list (including Cielo, Barclay’s Center, Webster Hall, Pacha, Marquee, Tenjune, Hudson Terrace, Soho House, Avenue, Greenhouse, PH-D and more), Whitney’s momentum is unstoppable.

With an instinct for reading the crowd and an ability to artfully mix genre-blending sets, Whitney refuses to be pigeonholed into any one category. From underground Brooklyn warehouses to international music festivals to tropical circuit parties and celebrity studded benefits, she knows no bounds.But most importantly, it’s her infectious passion for mixing music and performing on- the-fly sets that keeps the vibe fresh and energetic every time.

As a two-time Official NYC-Pride Headliner and DJ to the former Mayor of New York City, Whitney has received various stand-out press coverage from track-by-track analysis from the New York Times to a feature in NEXT Magazine, and even repeatedly recognized as the ‘Queen of Lesbian Nightlife’ by Time Out New York. But to call her a DJ for lesbians is to underestimate her grasp – this ubiquitous spinner has played the Circuit from ‘Winter Party Festival‘ in Miami, ‘Sandblast Weekend‘ in Asbury Park to ‘Inferno Puerto Rico’ in San Juan as well as gigs across Las Vegas, Boston, D.C., Denver, Fire Island all the way to Germany and Australia. She is the first DJ from the US to perform at Europe’s largest indoor music festival for women, the official DJ for the GIANTS 2012 Superbowl Parade and now Whitney doubles her focus by producing wildly popular events for LGBTQs in New York City throughout the year. 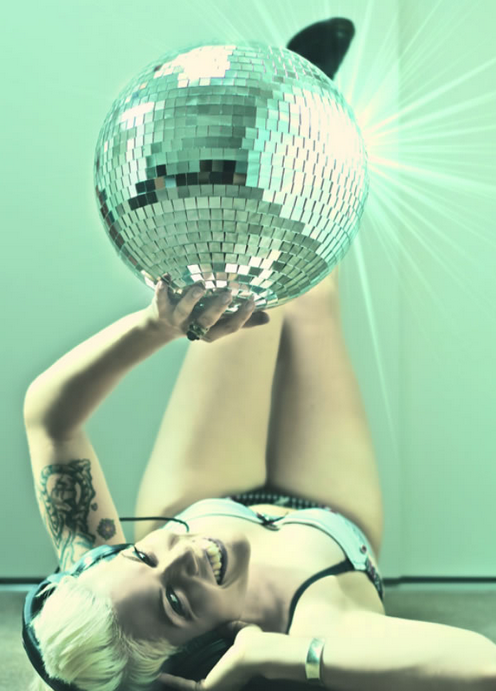 Born with beats coursing through her veins, Kat Nughes, better known as DJ Du Jour has made a remarkable impact on dance floors all over Australia since winning the 2011 Sydney Mardi Gras DJ Competition. A home-grown treasure, Kat spent her youth rummaging through music at local record stores and scouring for dance music over any radio station that she could find; innately drawn to 90’s dance, funk and house music. From teenage years, immersing herself with pioneers of electronic dance music like Fatboy Slim, Chemical Brothers and Paul Oakenfold. Kat studied exercise physiology and science at a tertiary level, where her vehemence for human movement started to develop. This eventuated in her standing meekly behind a set of decks, a place where Kat feels truly at home; because house is where her heart is. Well respected and highly regarded in the industry as a professional straight edge DJ, Du Jour was undoubtedly born to perform and entertain. She has a unique edge, offering a raw and ubiquitous talent, her entrancing sets are a notably eclectic style of music ranging from arena style vocal house and deep, dark alluring velvet beats through to engaging and energy fueled progressive and electro house. First and foremost Du Jour knows her crowds and how to captivate them – how to tease them, throw their hands in the air, make their bodies heave, entice their ears and leave them wanting more. She has a serious knack for knowing what the crowd before her want, what the venue and promoter desires, and delivers in ways that can only be seen, heard and felt. Du Jour is a regular in the Sydney scene, covering events and iconic venues, as either a resident or regular including; Slide, Arq Sydney, The Colombian, The Star Casino, I Remember House at The Ivy & The Beresford Hotel. Interstate, Du Jour has taken Brisbane and Melbourne by storm, headlining major events and venues like Midsumma T-Dance, The Greyhound Hotel, Pinkalicious/Sundaylicious, LezFest and the Brisbane Pride Festival. Du Jour synergised with ADIDAS for a fashion show creating a mix that captured the essence of their collection for Spring/Summer 2013 – 2014. 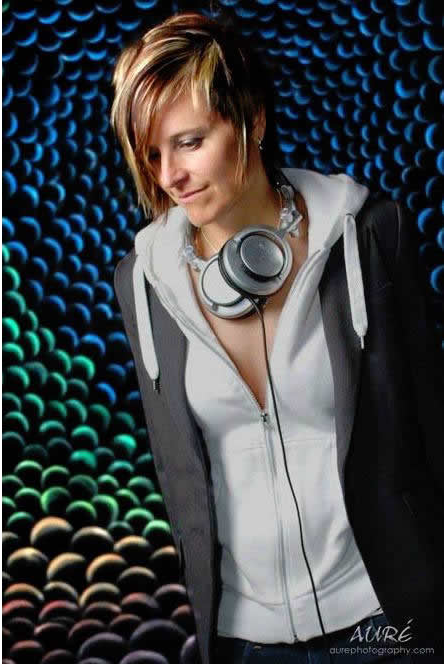 KURTY is one of the hottest female DJ’s and music producers out there!! Known for her captivating and hard hitting mixes of Deep funky house to Electro Progressive house, what truly sets KURTY apart is experiencing her LIVE. Her unique ability to tune into the crowd takes you through an unforgettable experience. Her high energy, as she famously dances and sings behind the decks, embraces you while she pulls you along with her on a captivating musical journey.

Having practiced Yoga for a number of years, KURTY finally received her certification to teach. This has brought KURTY to another level of connection; not only with her music, but with the people she shares it with. She understands that connecting with her crowd is the most important aspect of DJ’ing. KURTY’s intuition, deep connection to the pulse of the party, and love for the music is reflected on the ecstatic faces of the crowds at her shows. KURTY is the go-to DJ of choice for high level parties by companies such as Facebook, Microsoft and CrossFit. She also holds residencies at major venues and Music Festivals including the annual San Francisco LGBT Pride Parade Festival with over 600,000 attendees!

KURTY grew up in New Jersey. She immersed herself in the NYC club scene, frequenting notable clubs like Sound Factory, Roxy, and the Limelight. After following her first passion, traveling the world playing professional soccer, KURTY returned back to the States, moved to San Francisco and fell in love with the amazing energy of the city. Her passion for DJ’ing, producing and remixing Music was RE- IGNITED! If you haven’t seen, heard or connected with KURTY performing, it needs to go on your bucket list.!

“House music is definitely my PASSION, but I’ve learned to incorporate all styles of music including Hip-hop, Old School, Electro and Classic Rock into my mixes. I don’t like to be put into a box or classified as a Dj who only plays one style of music. I have NO Boundaries to my music or who dances to it. I love connecting with my audience, taking them on a journey and having the ability to play to ANY crowd!” 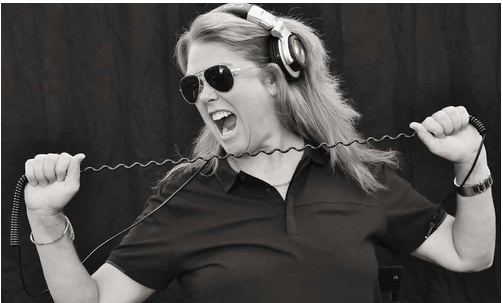 If you have experienced her dance floor then just the sound of her name brings excitement and music to your soul. Dawna really digs in there and gives you gold. Sick beats, a musical journey, drums, vocals, house, and those drops…. Dawna’s music lifts you up and slams you down just like you love it… and after 35 years of Djing, the only thing predictable about Dawna is that she delivers. Known best for her Sunday Fundays at The Abbey and years of Afterhours at the Spike, DJ Dawna Montell commands any venue at any time. She has always loved the Afterhours vibe but there is nothing she loves more than playing in the sunshine. Dawna has a sound all her own and she looks to you, her dancefloor for inspiration. You don’t have to ask, just dance…. she loves giving it to you! Djing is her life-long passion and it shows. Dawna has held a 10 year residency at the world famous, Abbey in West Hollywood. She has played for almost half our nation and as far away as Tel Aviv, Israel. Dawna has played countless circuit parties including, NYE Puerta Vallarta, Mammoth Gay Ski Weekend after killing it the year before, White Party Palm Springs 2014, Matinee Las Vegas 2014, Matinee’s first weekend in San Diego 2015, Desert Tea in Palm Springs, High Tea in San Diego, numerous pride events and she will be closing out the year again in Puerta Vallarta. Also this year, Dawna has made time to focus on another passion, remixing. She has teamed up and partnered with Leonardo GloVibes to remix for several artists including Paris Hilton, Atellagali feat. Amanda Renee, Dave Aude’ feat. Olivia Newton John and Chloe Lattanzi with MORE TO COME and she is thrilled to be at White Party again! There is more than music in the air when Dawna plays… There is joy, sexy joy and a tremendous sense of duty to dance like your SOUL IS ON FIRE. So, go ahead and call her “My-Dawna” because when she is playing… YOUR ASS BELONGS TO HER!

Can you even STAND how hot this andro, tomboy, and butch DJ lineup is? And, this isn’t even the full event lineup. Check out the full list here and don’t forget to enter our Dinah giveaway with your comments below! Good luck and see ya on the strip!

(*The Weekend Pass does not include airfare or hotel accommodations. Contest winners must book their hotel rooms at either the Flamingo or the LINQ in Vegas during the duration of Dinah to redeem their prize. This contest is run by The Dinah.)

Written By
dapperQ Team
More from dapperQ Team
We’re a bit late to the Met Gala roundup. But we, like...
Read More