Pyer Moss founder and designer, Kerby Jean-Raymond, leveraged his Spring Summer 2017 New York Fashion Week show to unveil a collection exploring the juxtaposition of two competing ideas of capitalism, as personified by two diametrically opposed men: Bernie Madoff and Bernie Sanders. Using 1980s styling cues inspired by the films Wall Street and Falling Down, the collection paired “Wall Street staples,” such as over-sized double-breasted blazers, with future-forward silicon soled loafers to create an androgynous style that, as Jean-Raymond stated, deconstructed “stereotypical Financial District douchebag clothing.” Though Jean-Raymond used images of Madoff’s 2008 arrest, he pulled any references to Trump, which were initially going to be part of the show, because he didn’t want to give Trump “any more fame.” 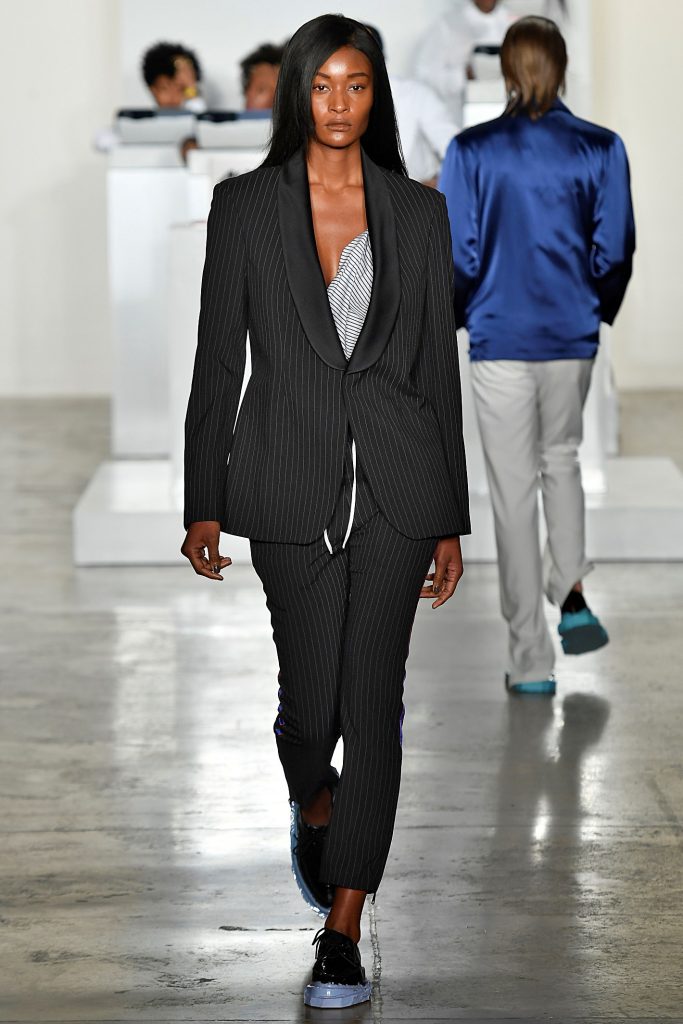 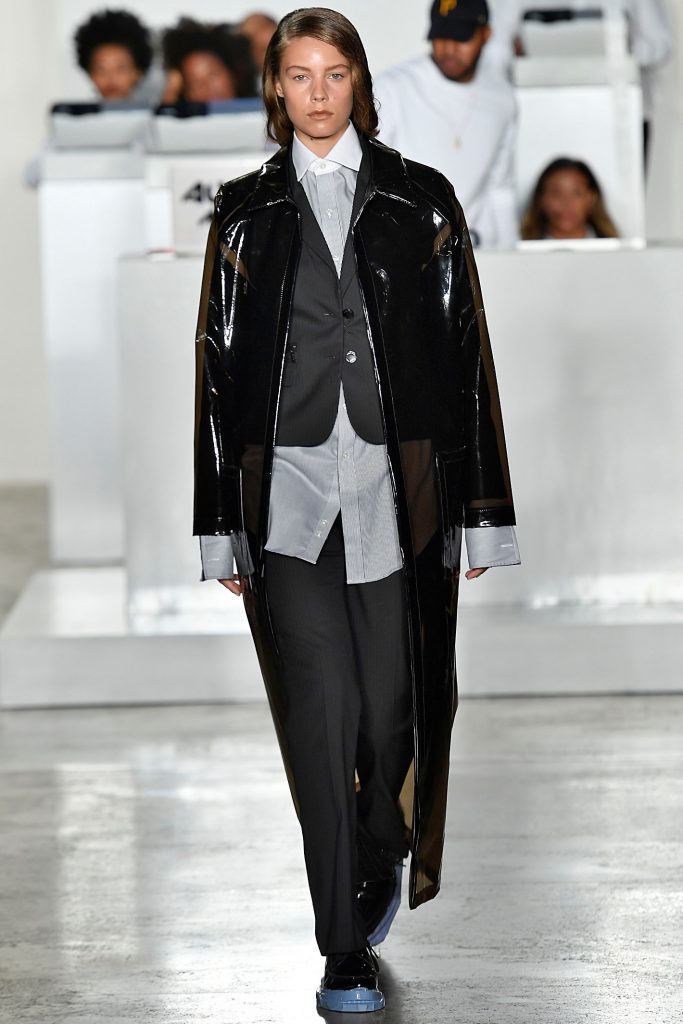 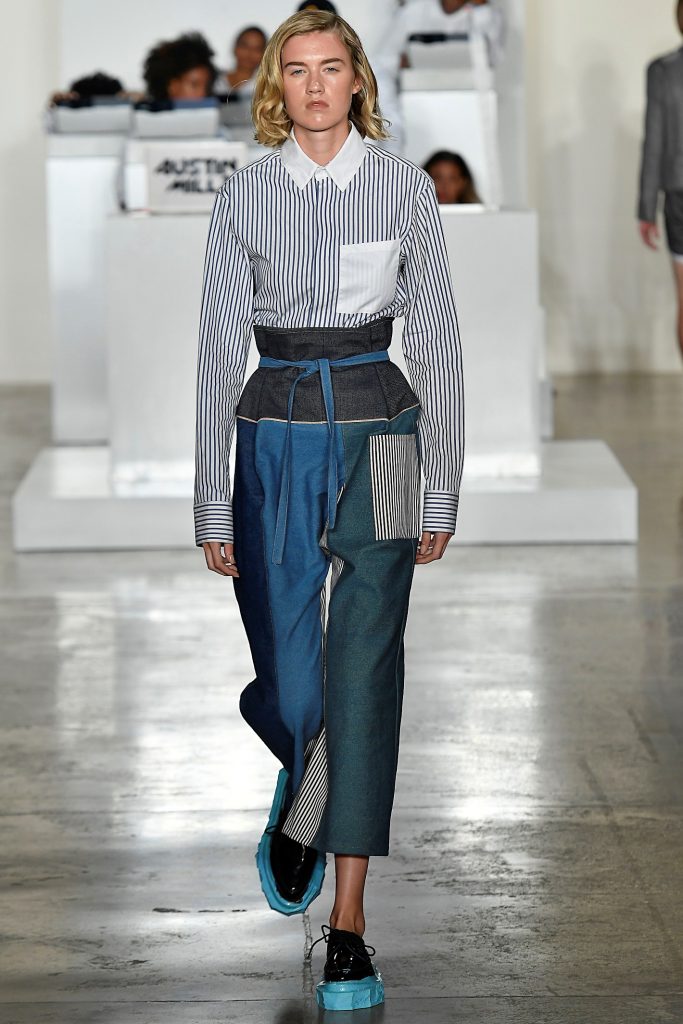 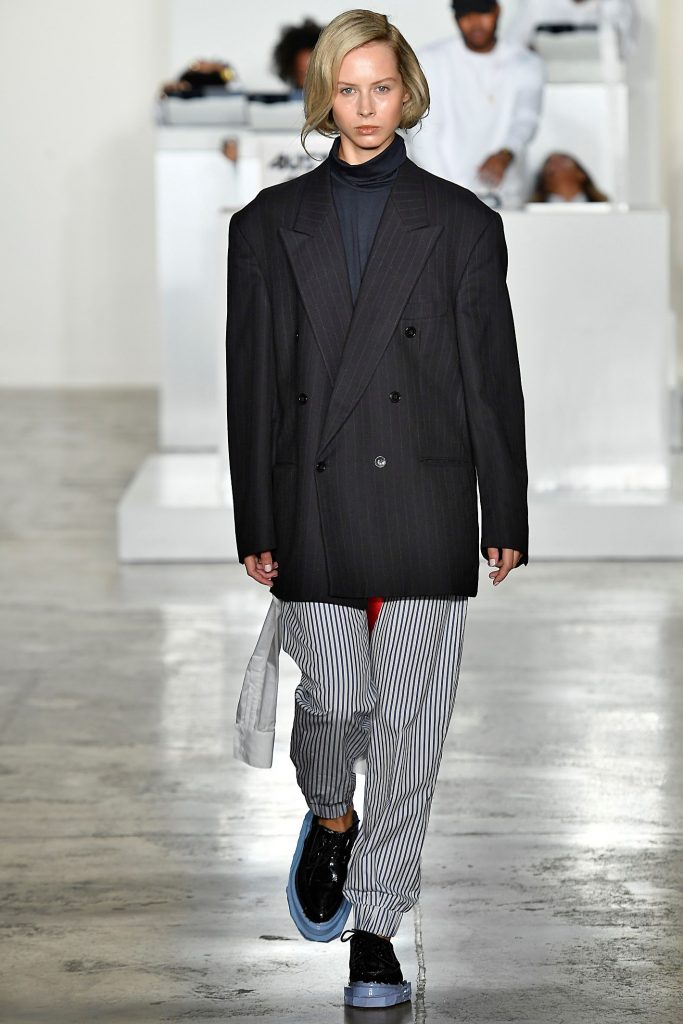 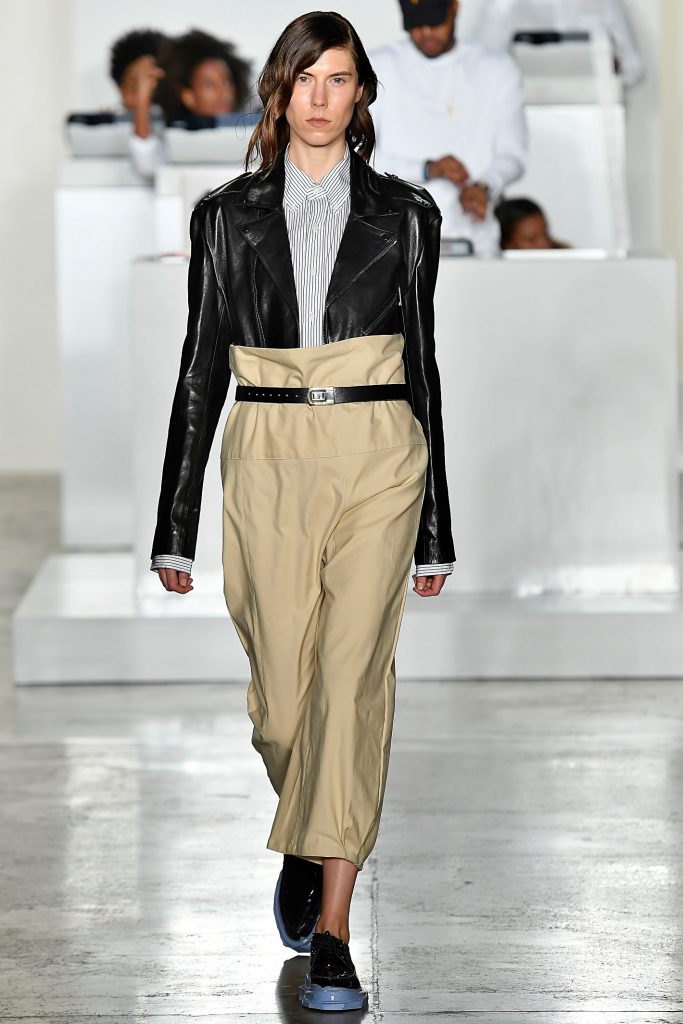 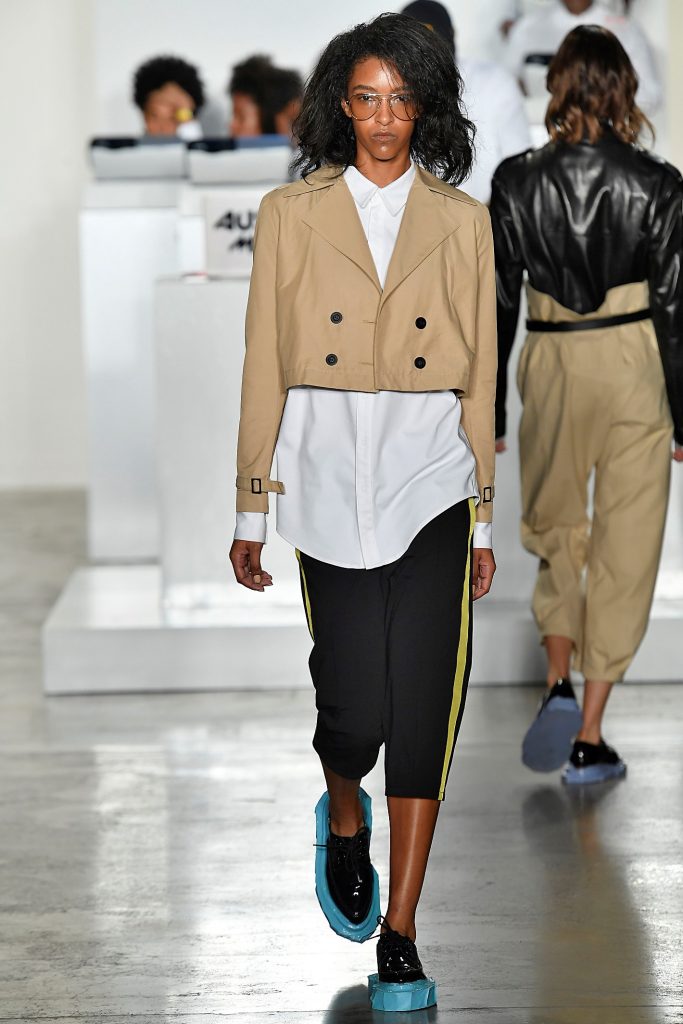 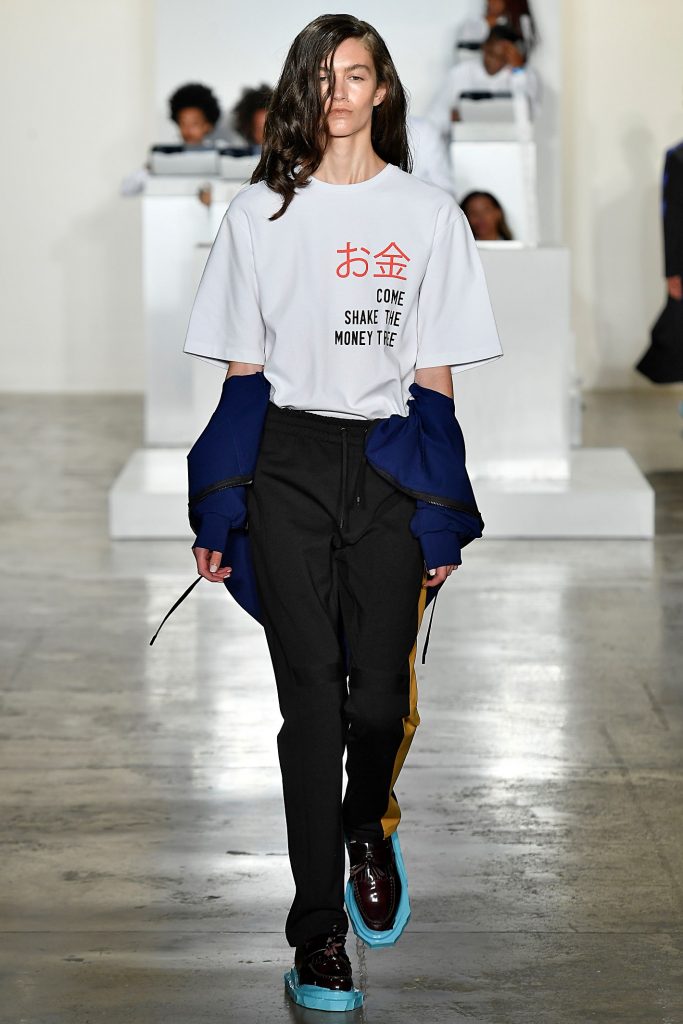 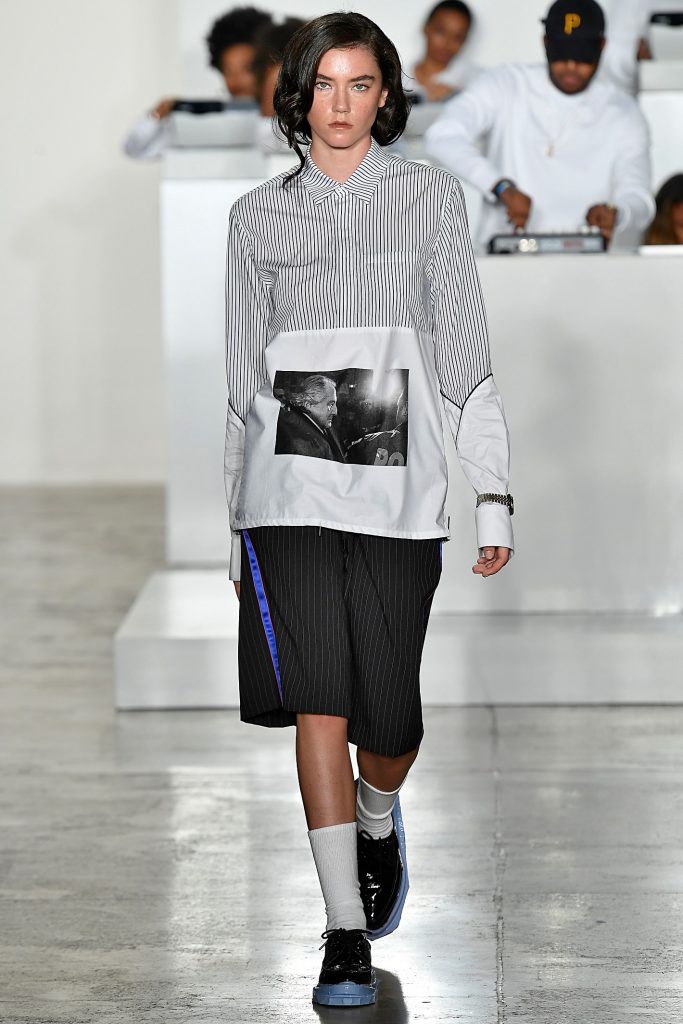 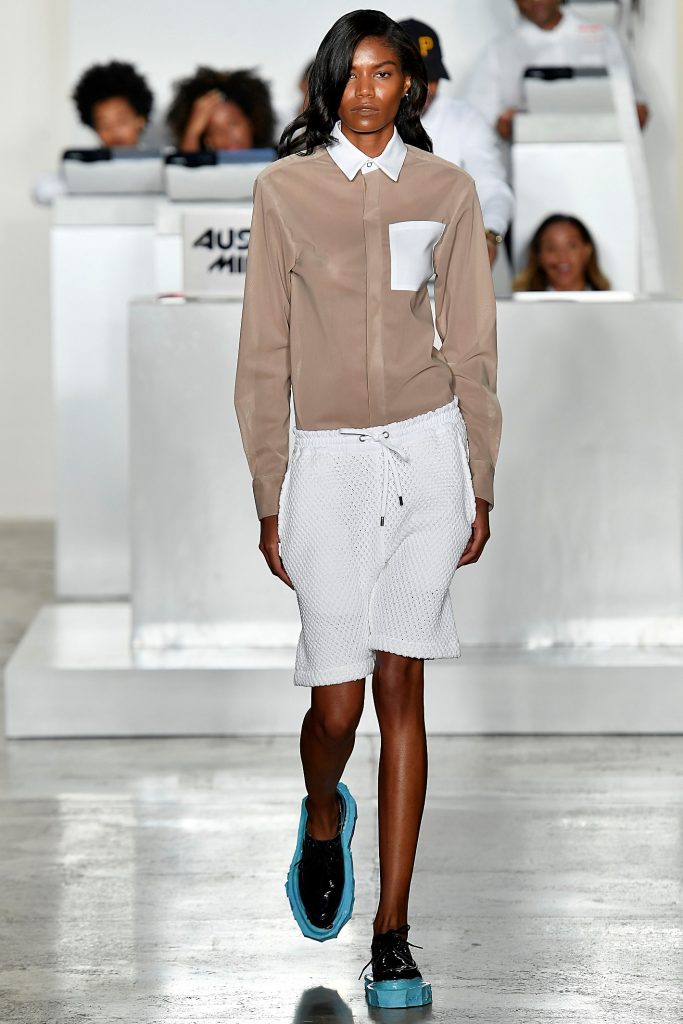 This isn’t the first time Jean-Raymond has made a political statement on the runway. In his Spring/Summer 2016 presentation, he included a video that addressed police brutality, and in his last Fall/Winter presentation, he collaborated with Erykah Badu to style a collection that brought attention to issues of depression and mental illness.