dapperQ talked with Regina, an Ayurvedic, breathwork, and yoga instructor in Brooklyn about her experience both with getting into the practice, as well what it means being a queer person of color in this field of work and study. 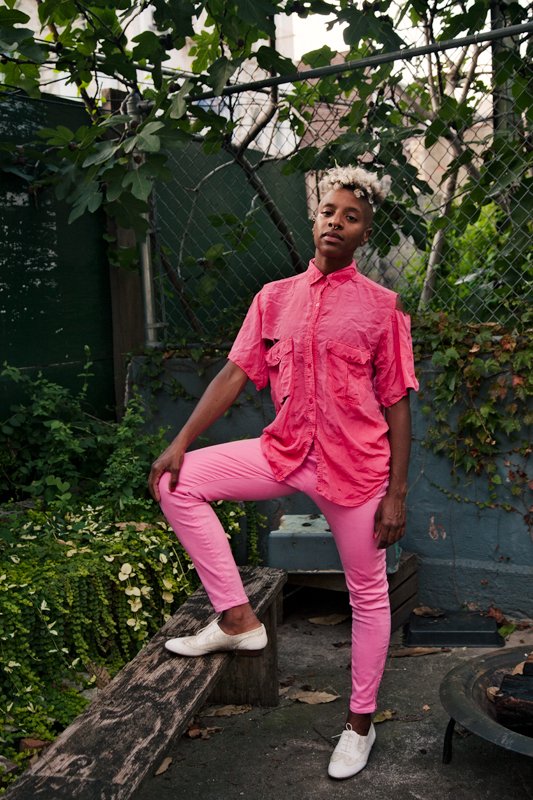 Regina opens up the conversation about getting into yoga with, “I actually was never into yoga. It seemed very boring.” She came into yoga through Ayurveda, the Indian health practice based on the inextricable link between the body and the mind, while championing the power to heal and transform the body through the mind as well. In 2008, while working part-time for a dance non-profit, Regina was turned towards Dr. Pratima Raichur’s book, Absolute Beauty: Radiant Skin and Inner Harmony Through the Ancient Secrets of Ayurveda (a book she still consistently references) to handle an ongoing struggle with eczema. From there, she was hooked on the Ayurvedic system. Regina completed a 650-hour Ayurvedic certification training in 2014 at Kripalu in the Berkshires, but soon realized the yoga teacher certification was very much needed as well.“Yoga and Ayurveda go together. They are meant to be a way of life engaged in daily. I didn’t want to work with clients not knowing about yoga and how to teach it,” she states.  It was during these trainings that Regina decided yoga would be her full-time job. After about a year, Regina landed a job in Brooklyn, and “started with a couple of classes at Third Root Community Health Center in Ditmas Park and it grew from there.”

“It only took teaching one class for me to know teaching yoga is what lights me up. I don’t think my life’s purpose is to teach yoga.  My life’s purpose is to grow spiritually through learning and evolving within my relationships. This means all relationships.  It is through teaching yoga, Ayurveda and now Breathwork that I learn about myself and grow on a spiritual level,” Regina adds as she explains the deeper calling to her profession.

dapperQ asked Regina more about the intersections of gender, race, and sexuality in yoga. 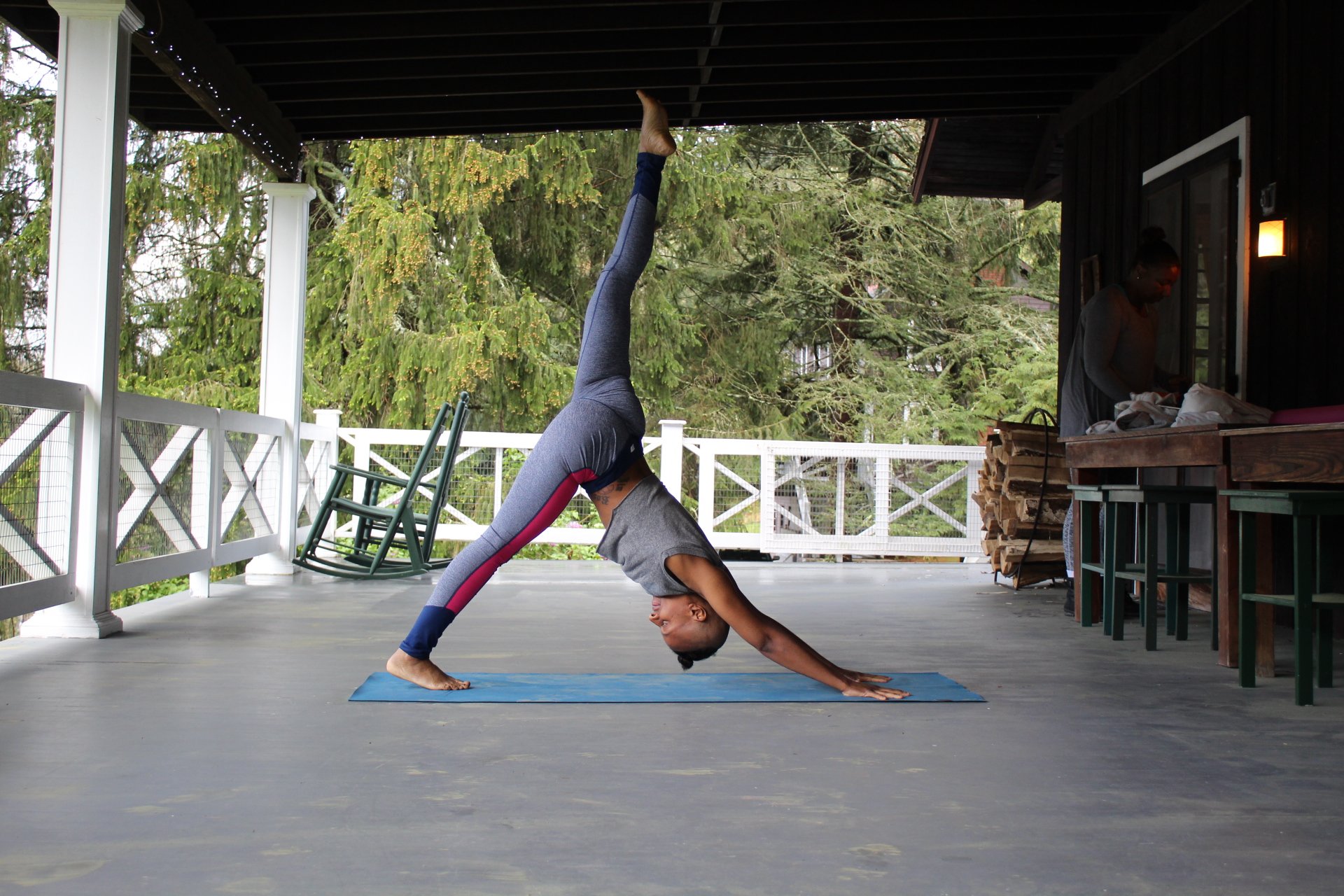 dapperQ: What has your experience been like as a person of color in the world of yoga? What about as a queer person?

Regina: I basically only teach at “woke” places, so I haven’t had to explain the need for diversity at the studios I teach at.  The larger yoga world is another story.  People are really, really, really unaware of their ignorance concerning cultural appropriation etc.  It’s a very hot topic in the yoga/spiritual world.

There is a lot of ” I don’t see color we are all one spiritual being” culture within the larger yoga world. I am not about that life.  Every place I teach at is owned/co-owned by a person of color and many are queer-identified.  I would not teach at a studio that was white owned without a conversation on where they stand concerning race/gender/class, etc.  I’d need to know their politics. I rarely take classes outside of NYC because of how mostly white and straight the communities of most studios are.  Even in NYC it’s the norm to have a very clear demographic taking up space in most studios.

My biggest annoyance is with the yoga festivals and retreats that happen in the US and abroad. They are usually dominated by straight, white people. Invites to various retreats flood my inbox weekly, but I see a serious lack of awareness on the part of organizers and participants. Festivals…have very few POC teaching classes and even fewer queer/trans/non-binary folks teaching or attending.  I was looking into attending a well-known festival in Bali earlier this summer and took a look at the website only to find mostly white people teaching and attending based on the photos on the site. Also photos of people attending the festival featured a great number of white folks with dreads and/or Bindis.  These are the types of spaces that I’d love to participate in spending a week or two taking classes and experiencing yoga with new teachers meeting new people but many of them are highly problematic.  Of course I’d love to see a queer run festival featuring a diverse community of people come to fruition. This would be epic. 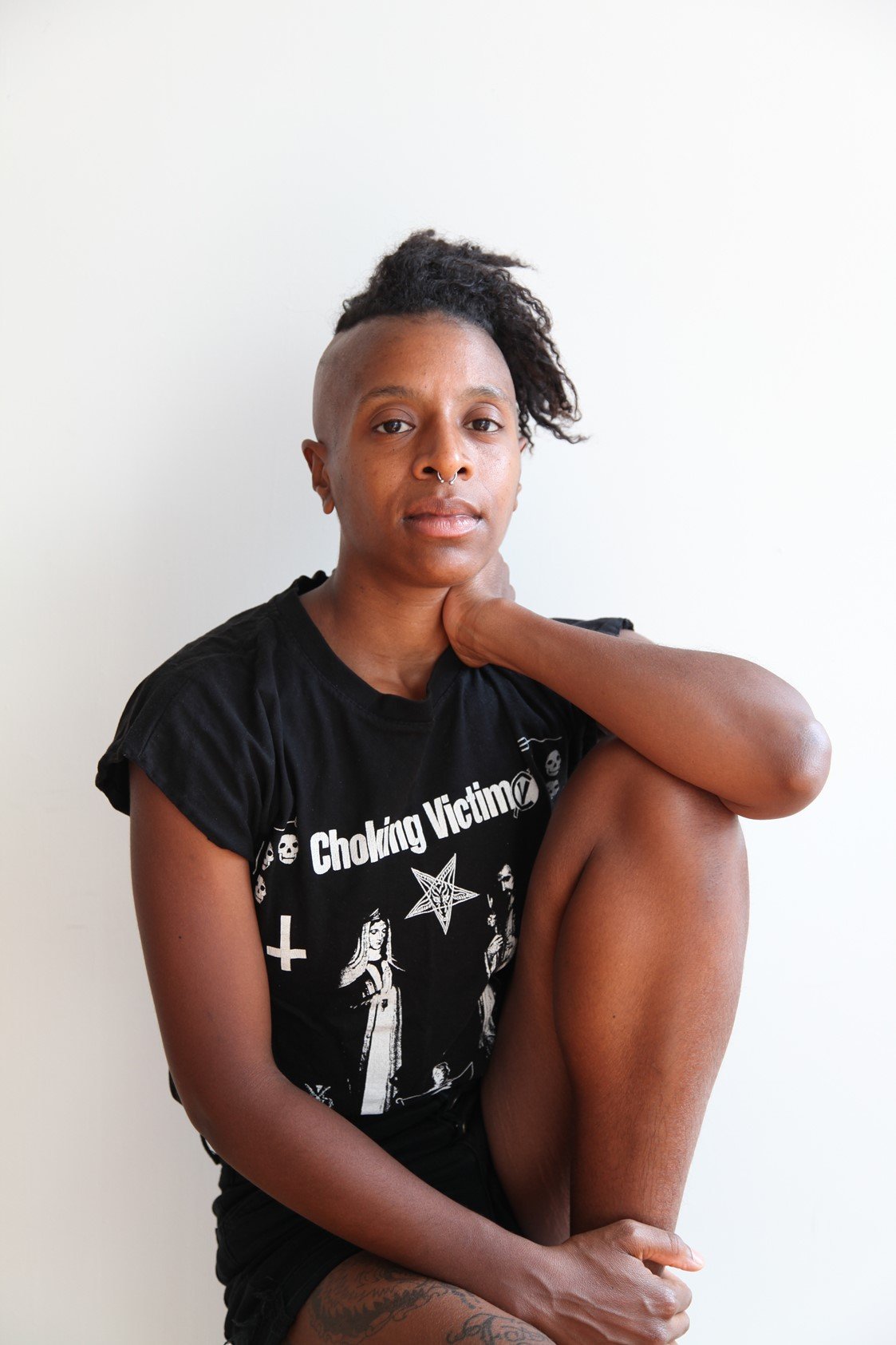 dapperQ: You teach Queer and Trans yoga at Third Root in Ditmas Park – what made you want to teach this? How do you see the space you’re facilitating?

Regina: I’ve been teaching Queer and Trans yoga at Third Root for a little over 2 years.  I actually got the class because the previous teacher asked me to sub long-term and then eventually the class just became mine.

I teach the class I want to take.  I see the class as a safe space for queer, trans, non-binary, gender non-conforming and gay- identified folks to take class and be seen and accepted. They won’t be mis-gendered, they won’t experience any hostility from the teacher or other students based on their gender, sexual preference, etc.  They will be given an opportunity to practice with community. It’s the class that I wish I could take at every studio anywhere in the world.

dapperQ: What is the importance of classes like this – it seems Third Root especially is highly mindful of POC, queer, and body-positive spaces to practice yoga. Have you encountered other spaces like this?

Regina: Third Root is a worker-owned cooperative space so there is no one “owner” or “boss” founded by and currently run by POC and/or queer-identified people. The person who founded it, Jacoby Ballard, set that up as the center’s foundation combining his love of teaching yoga and spirituality with his identity as a long-time social justice advocate. As far as I know, all of the acupuncturists at Third Root are POC, and at least half of the yoga teaching staff is POC.  They also offer a variety of affinity classes and workshops such as yoga for people of color, yoga for abundant bodies and chair yoga.

If the class is happening then it’s needed. If affinity classes are happening at a studio then they are needed. End of story. I don’t think it needs to be explained or justified. Many of the festivals and retreats have a TON more work to do. The white spiritual community really doesn’t want to acknowledge differences. They are clinging to this “we are all one” ideology and it has got to change.  Absolutely without a doubt it has to. 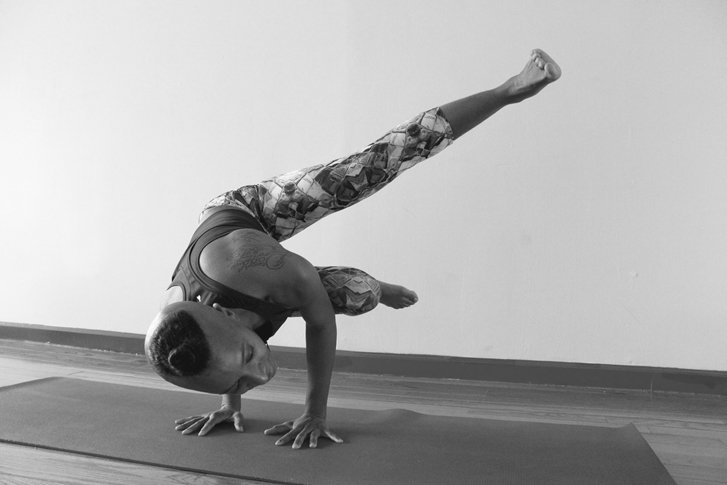 dapperQ: Do you think there’s a perception of a “yoga body”? And if so, what advice would you give to folks with “non-yoga-bodies” who are considering taking up a practice?

Regina: I definitely think there is this idea of a yoga body. There is this ad for some sort of “Yoga Body Workout” featuring a really toned white woman that runs on Instagram all the time that is constantly being trolled by people advocating for body positivity. I seriously get my life from reading the comments. I love seeing a shift on a global scale because really, yoga isn’t a workout.  Its purpose isn’t to get 12-pack abs or become shredded.  It isn’t a place to work up a sweat as if you went to CrossFit for an hour. It’s a spiritual practice to gain insight and grow closer to yourself as an evolved spiritual being. Sometimes stronger, more toned muscles and enhanced flexibility are a byproduct but should not be the goal of the practice.

When people tell me they don’t go to yoga or don’t like it like, 99% of the time they have had a bad experience with a teacher. Whenever someone tells me they don’t like yoga, I ask why and after a little bit of prodding their feelings about it come from a teacher who didn’t resonate with them and often it is a teacher who didn’t explain the poses clearly and thus people feel lost and confused. I tell people all of the time to empower their experience.  If a teacher body shames you, doesn’t offer adjustments, doesn’t offer alignment cues or makes you feel bad in any way then that isn’t the teacher for you. And that isn’t a proper representation of yoga.  Don’t let a bad experience taking class with someone who is body shaming or just generally horrible make you never want to take class again. There are some really good teachers out there. They will enable you to discover things about your body that could change your life for the better.  I try to encourage people to take control and listen to their bodies. Never push yourself in class because the teacher told you to and never avoid going to class because the teacher or vibe of the studio doesn’t feel good. Take class at a studio that makes you feel safe.  Always.

dapperQ: Are there any other instructors or studios you admire or would recommend as body/queer-inclusive?

Regina: Follow Diane Bondy on social media.  She is a black Canadian yoga teacher who is known worldwide and teaches at all over and is very outspoken about her politics especially around body shaming within the yoga world.  She doesn’t hold back. She may teach at some of the more white-dominated festivals etc. but she doesn’t stay silent.  She is always calling out the yoga world/industry.  She doesn’t teach in the US often but if you ever get the chance make sure to take her classes.  I’d love to see more teachers like her on a larger platform. I’d love to go to a festival or retreat with more people like her teaching.

*all UA classes by donation

And for updates on ayurvedic, breathwork, and yoga workshops (and other general inspiration and point of view), you can follow Regina on Instagram: @wolfmedicinemagic 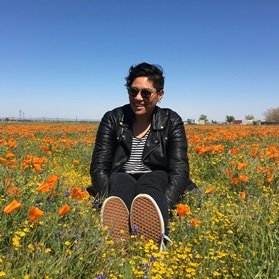 A Nina is a strategic planner for an advertising agency in NYC driven by the need for diverse voices influencing minority mindfulness and inclusion in national and global communications for some of today’s major brands. They are a member of their ad agency’s LGBTQ network which facilitates panel discussions, national research, volunteer work at SAGE, and support for other NYC LGBTQ initiatives. Prior to advertising, Nina worked in the music industry with Lou Reed, the Allen Ginsberg estate, Le Tigre, and Blonde Redhead, among others. Nina attended the Gallatin School of Individualized Study at New York University with a focus on alternative forms of kinship and how family is created and understood socially and politically. A runner, queer-yoga-enthusiast, and kombucha-drinker, Nina unsurprisingly lives in Brooklyn (by way of suburban Ohio) and currently resides in Ditmas Park with a roommate and occasionally borrowed dogs.