The NBA “fashion wars” created competition between athletes off the court, with world-class ballers vying for first place in high fashion. Now, queer women athletes are anteing up the stakes of the fashion game with suiting by designers Leon Wu, Antonio Soto, and Hai Hyunh of the queer-owned LA-based label Sharpe Suiting.

Sharpe Suiting light-weight sapphire blue sport suit. Designers Leon Wu and Antonio Soto. Suit measured and made virtually for her while she was in Serbia, using Sharpe Suiting’s body metric prediction software or virtual tailor.
Katya Gokhman is a Russian-American professional soccer player. Katya was born in Moscow but moved to Atlanta, GA when she was not even 2 years old. She played soccer at Florida State University, her team ranked top 5 in the nation as well as 2014 NCAA National Champions. A Golden Torch Award Winner at Florida State, Katya majored in sociology and minored in Communications. 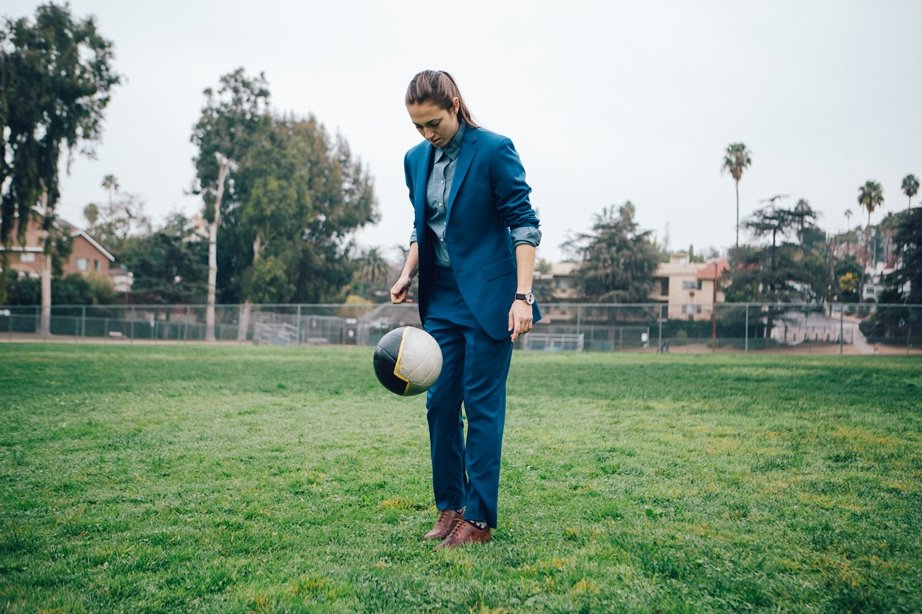 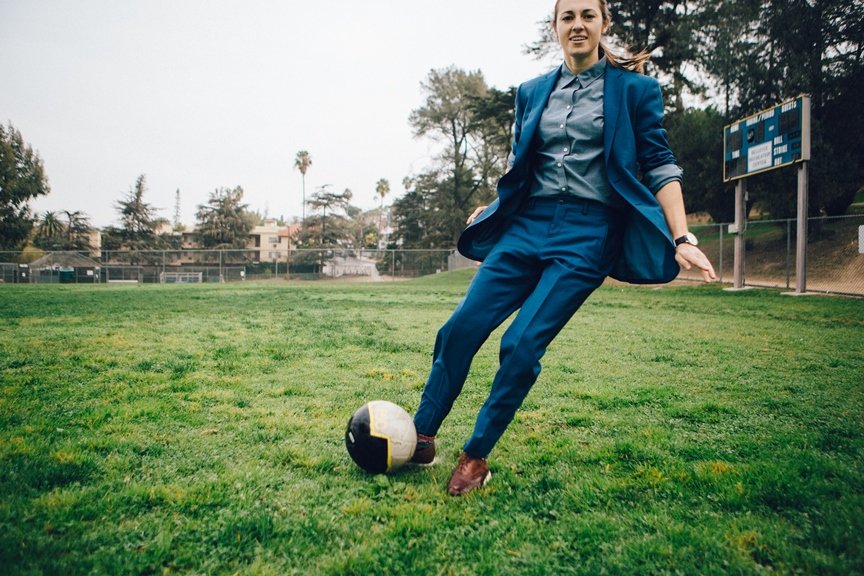 After college, Katya played professionally in multiple countries such as Russia, Finland, Iceland, Cyprys, and Serbia. She played all Spartak Subotica’s three matches in the 2016–17 UEFA Women’s Champions League qualifying round in August 2016. She is continuing to play professionally in Central Europe. Most recently, Katya competed against the US Women’s National Team with the Russian Women’s National Team.

“When Leon first told me about the Virtual Tailoring software, I was surprised and curious about how this could possibly work. I was also anxious to see how well the suit might fit. My first impression when putting on the suit was ‘Wow, this is spot on!’ We only needed to make a few stylistic alterations and boom, the suit was ready to go. I would definitely recommend trying Sharpe’s virtual tailor. Most of us have pretty busy schedules so to be able to save some time and get the sizing down within 5-10 minutes on line instead of actually coming in (to get measured for sizing) is awesome.” 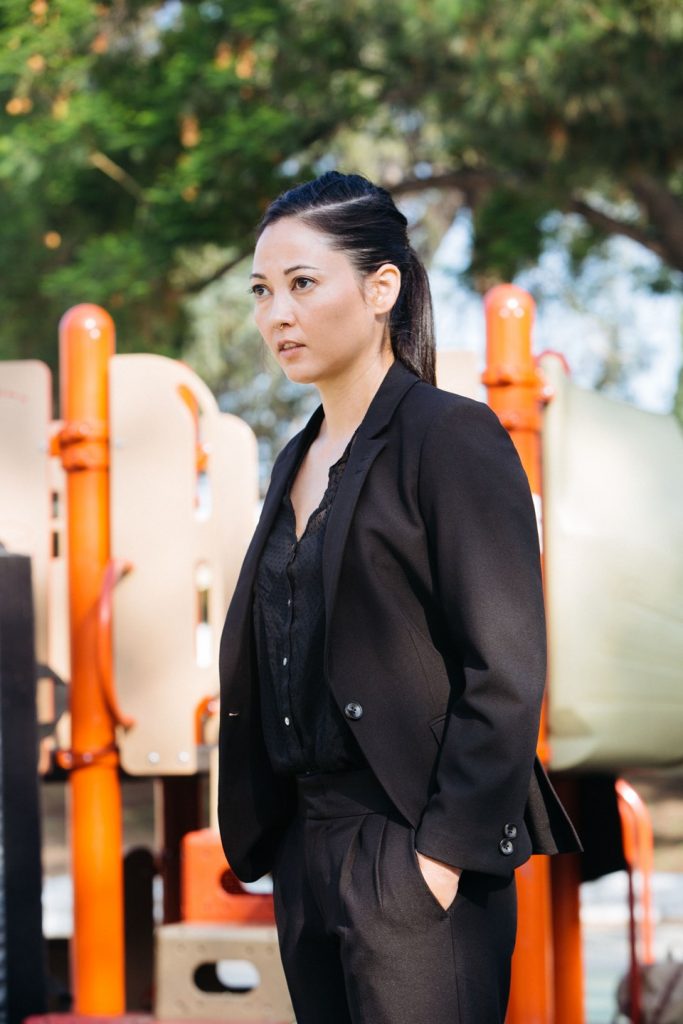 Kiralee Hayashi is a stunt performer, actor, and filmmaker. Excelling in gymnastics at an early age, this love for performance provided a smooth transition to another stage. Kiralee attended UCLA where she was a gymnast. One of the most highly recruited freshman her graduating year, she garnered 2 National Championship titles and 9 All-American titles (both first and second team). She was a Pac-10 gymnast of the year and a Pac-10 Conference Medalist. She was a finalist for the AAI American Award, given annually to the nation’s most outstanding all-around senior gymnast. 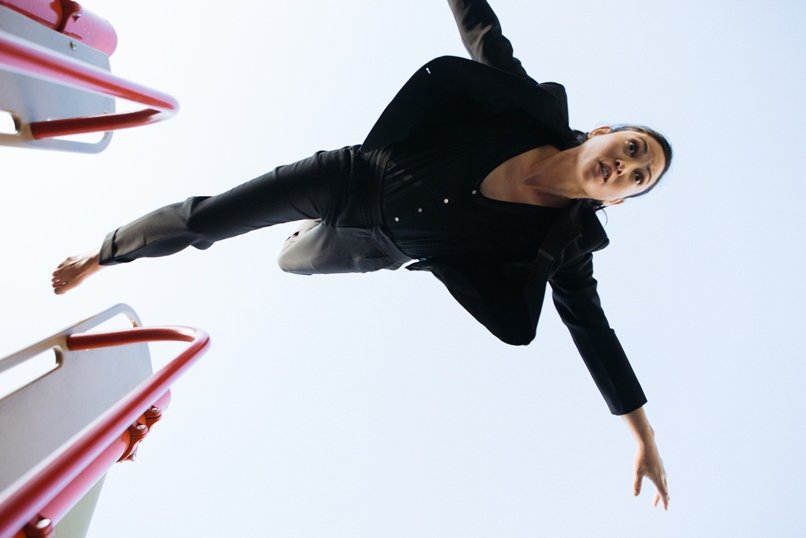 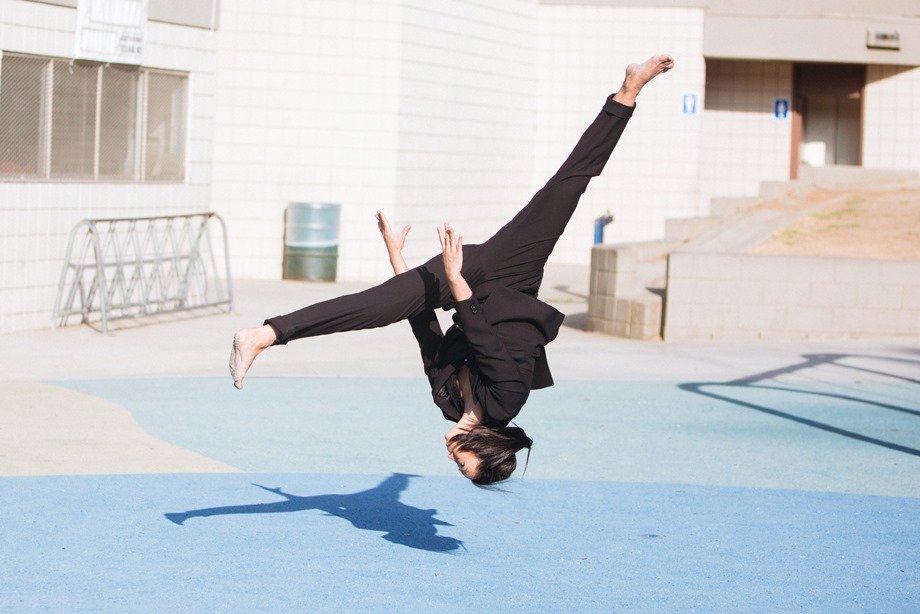 Kiralee graduated at UCLA with a B.S. in Neuroscience and has co-authored on over a hundred publications based on brain mapping techniques to analyze changes in the brain. Fun fact! Based on her career in both the film industry and science, Kiralee has an Erdős-Bacon number which measures the “collaborative distance” in authoring academic papers between that person and Hungarian mathematician Paul Erdős and one’s Bacon number or degrees connection to actor Kevin Bacon. It reflects a small world phenomenon in academia and entertainment of which Kiralee has one of the lowest numbers.

As a stunt-woman Kiralee has doubled numerous leading actresses and worked on many film and TV series including Preacher, Twin Peaks, Transformers, Twilight: Breaking Dawn, NCIS: LA, to name a few.

“About a year ago, Leon had imagined making an elastic suit that even I could wear on-the-job. By that, he meant that I would be able to actually do stunts wearing it… I was amazed! After trying the suit on in action, it didn’t inhibit any of my movement. I didn’t even feel like I was wearing a suit.”