Welcome to our first 2018 Fashion Rocks, a series started back in 2014 that celebrates dapper musicians across the globe. Today, we’re featuring LadyHood, an electro pop rocker whose fashion is as irresistible as her music. After obsessing over her smoldering Instagram style for over a year, we decided we needed to chat with LadyHood about her music and dapper fashion sensibilities, and how each influences the other. 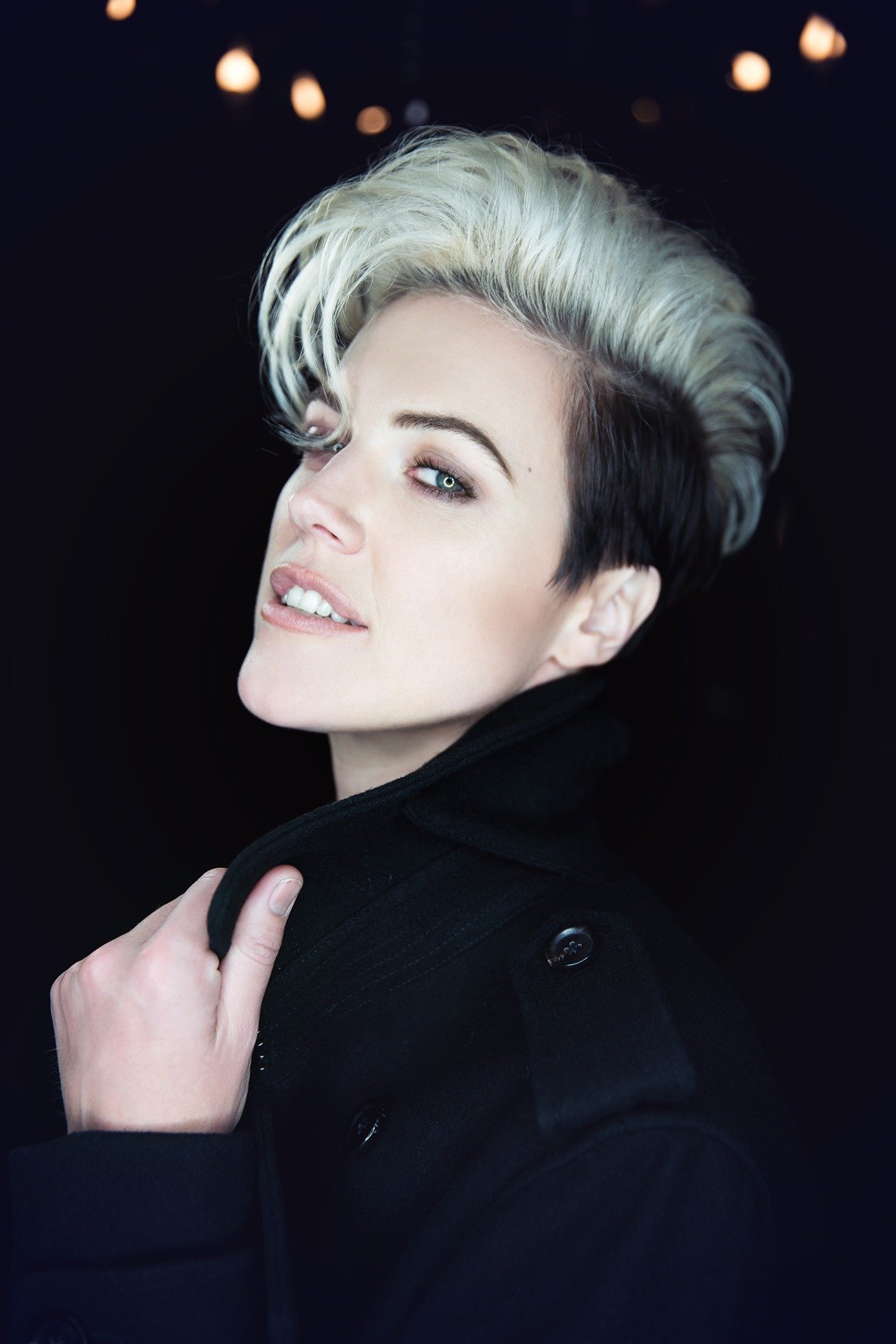 LadyHood: I was constantly performing as a kid. I would write mini shows at recess at school, have rehearsals at lunchtime, and then convince my teacher that we had to perform our new play every afternoon. The teacher got pretty jack of it after a while and would only let me perform once a week. I satiated my desire for performing on those other four days by just generally being dramatic. You did what you could to survive in those days.

Also, for some reason I had a little obsession with Elvis as a kid and as I grew up Freddie Mercury just became my total idol. Even today I worship everything that man did in his career.

I got into music [professionally] quite late. My story doesn’t read like the usual “I had a guitar in my hand before I could walk” type vibe. I had always been into performing but it wasn’t until I was in my early 20’s when I decided to take the plunge into the music world, and I’ve never looked back. And when I say ‘take the plunge’ I mean, I quit my job, I sold my house and I started a band. I’m an all or nothing kind of person. It was quite a freeing experience and with that freedom came the power to really be myself and dress how I wanted.

LadyHood: Every new album or EP is a different sound. And as you get older you write about different things and with different people so you become influenced by a heap of different things as you write. The only constant thing in this world is change and I think it’s important to embrace that in music too.

LadyHood: Electro Pop Rock. Like, if Pink, Lady Gaga and Joan Jett got really drunk one night, had sex and then wrote a song about it, I feel like that’s how my next album is going to sound. 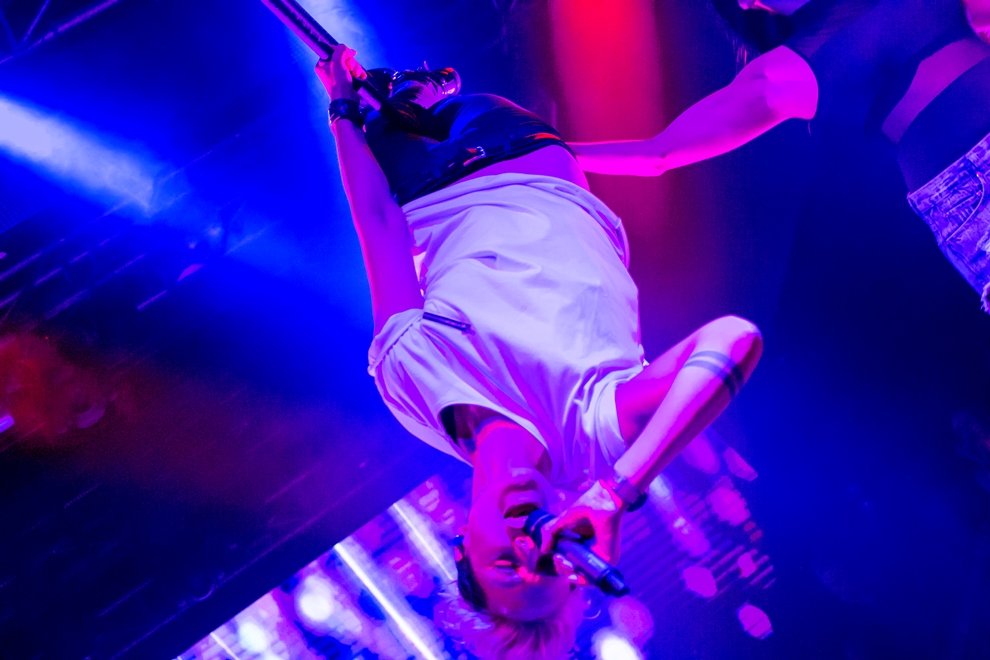 LadyHood: I do most of the writing in LA with my producer Andrew Furze. That city is ALIVE and it brings out the best in me. The fact that you can go and sit at the bar where Sheryl Crow wrote ‘All I Wanna Do’ or where Sinatra used to stop in for a drink still blows my mind.

LadyHood: I think artists, be it musical or other, are generally quite eccentric and creative souls and need a few outlets to express themselves. I definitely express myself through fashion and I think in a way it has influenced by my music. I love the classic rock look of jeans, white tee and leather jacket. But man, when I wear a suit it makes me feel invincible. For me, both music and fashion are about expressing who I am and that wasn’t so easy to do when I wasn’t involved in those industries.

Music and fashion go hand in hand and one influences the other as trends change. My music and fashion choices form a part of my identity now, and when I feel good about them I feel super human. 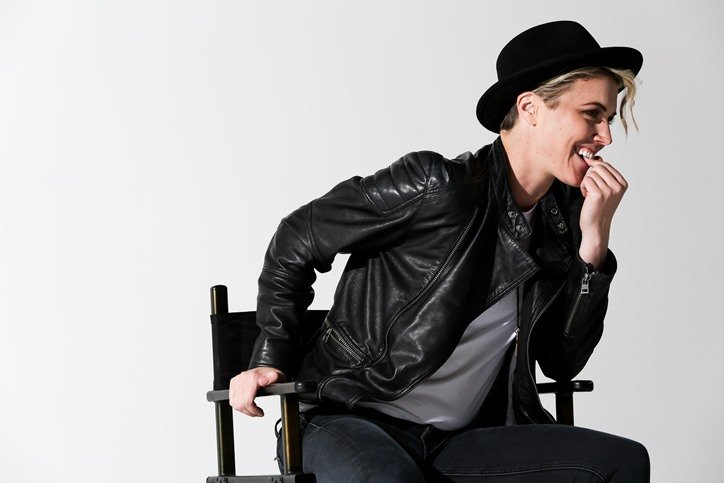 LadyHood: Yeah, for sure. As I became more comfortable with who I am and let go of trying to fit into the feminine or masculine box and just accepted that I’m me and I’ll wear whatever the hell I want. The first time I ever walked into a “men’s” clothing store to buy something for myself, I was sick to my stomach. But what was making me feel worse than that was pretending to be someone I wasn’t.

LadyHood: My faded, dark blue jeans. They’re about five years old and have just started fitting my ass the way I want them to. Tiiiight.

LadyHood: Definitely new music in 2018! A quick Aussie tour in March – April and then I’ll be hitting up the US and Europe in June.