After being featured in several queer magazines and blogs, in addition to being followed by Men’s fashion sites on Instagram, I stepped back and began to think critically about my performance of masculinity. 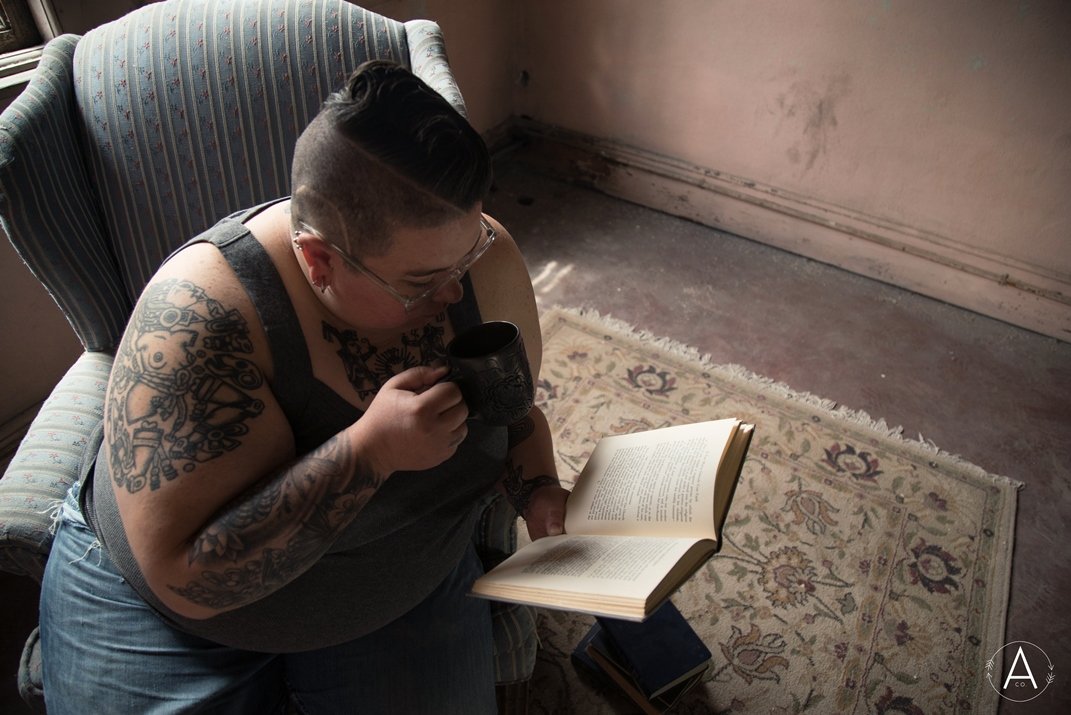 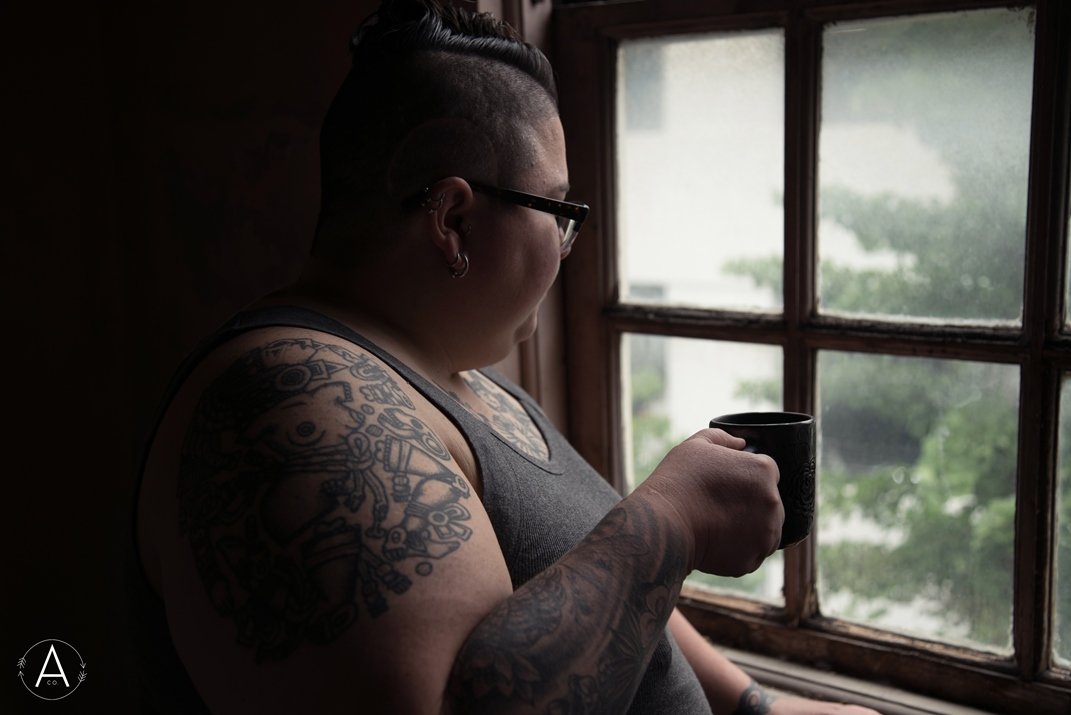 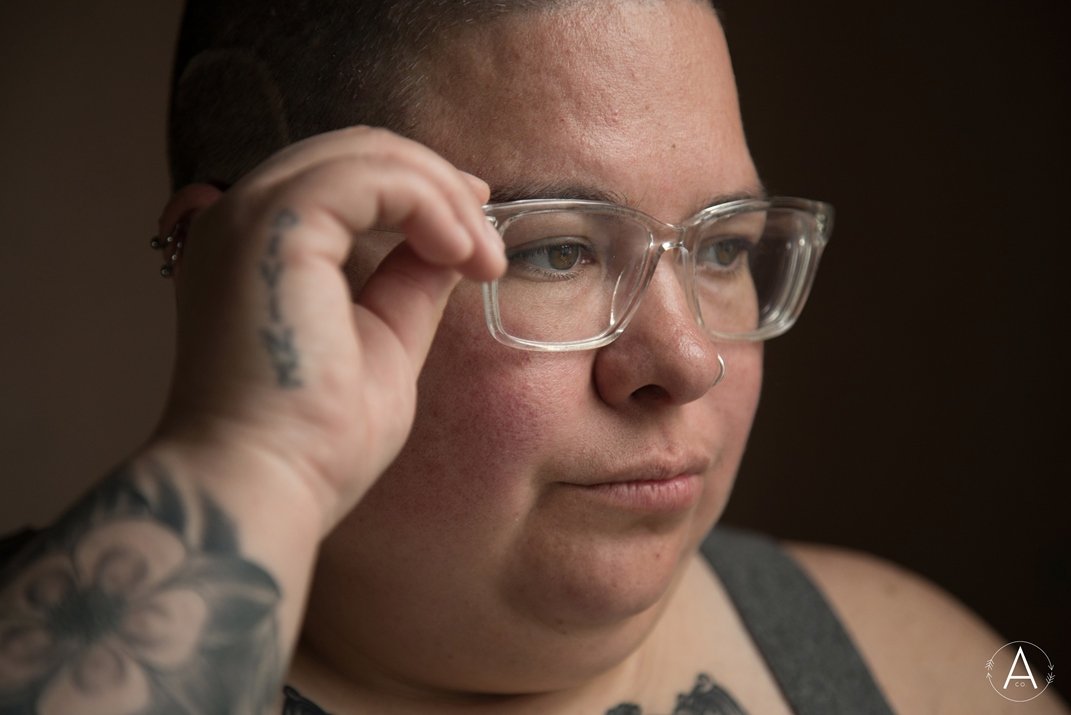 As a non-binary Transgender Latinx who is also masculine of center, I began thinking about what it would be like to peel away the layers of my dapperQ Power Top Transmasculine gender expression and expose my tender Dapper / Dandy side in nothing but underwear and a tank. 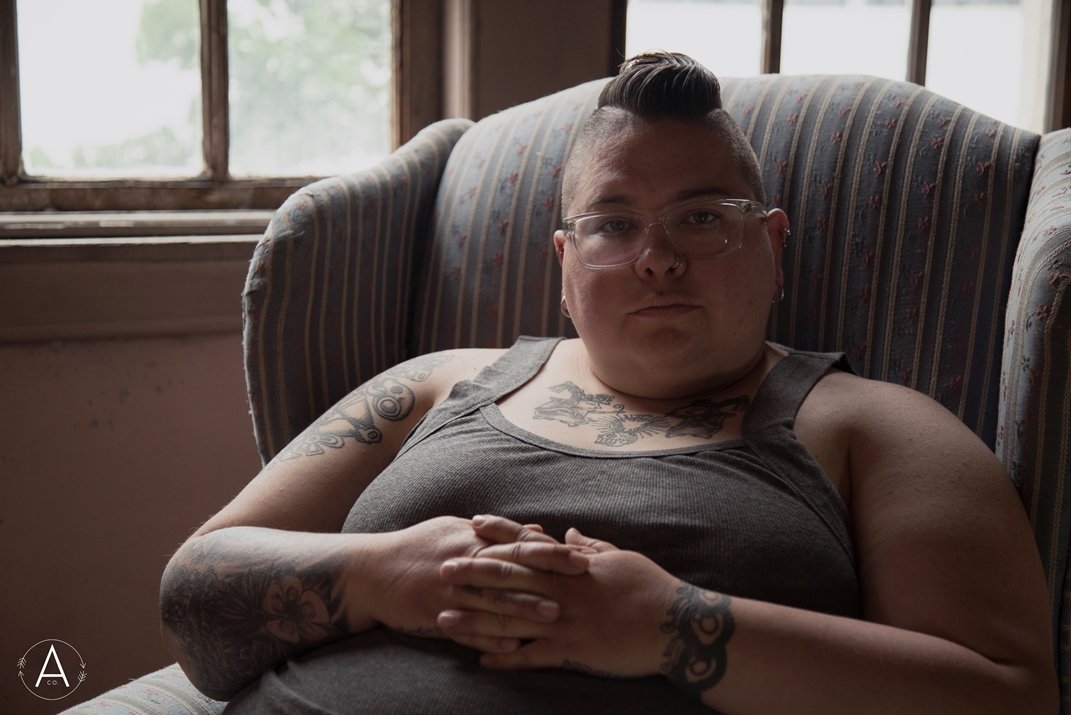 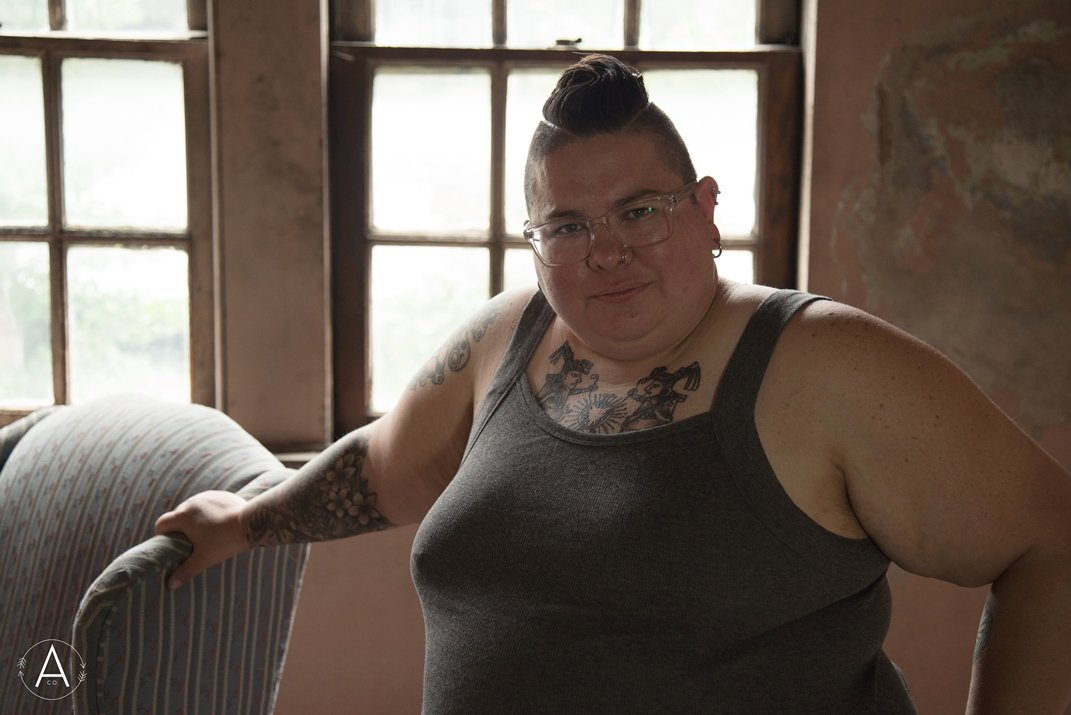 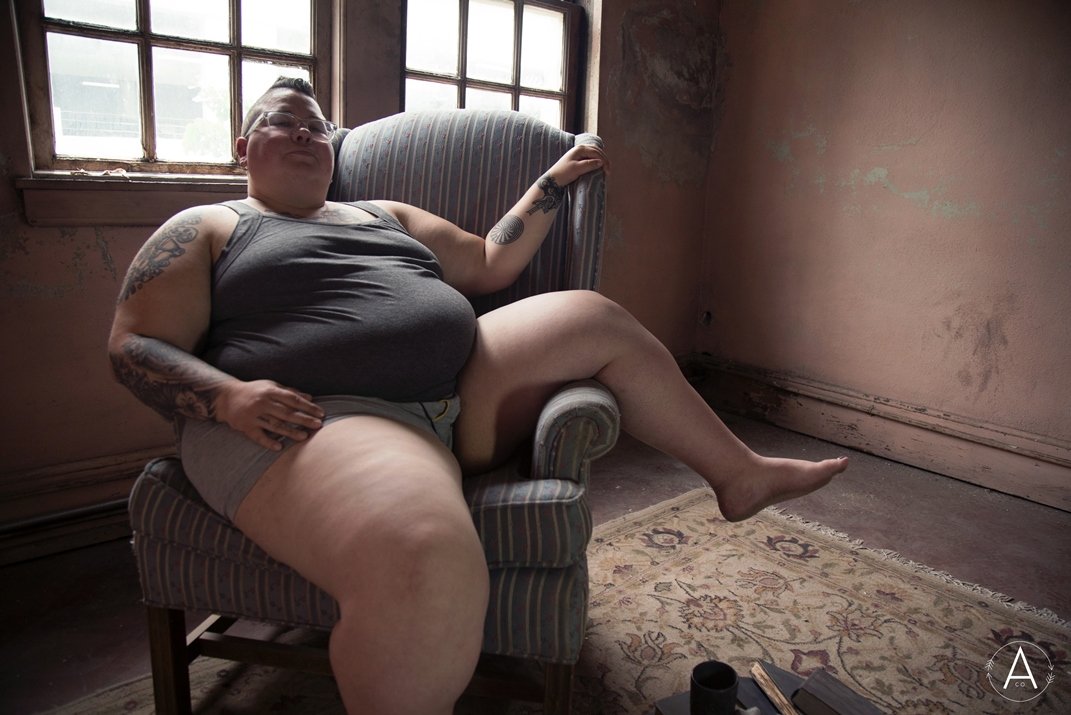 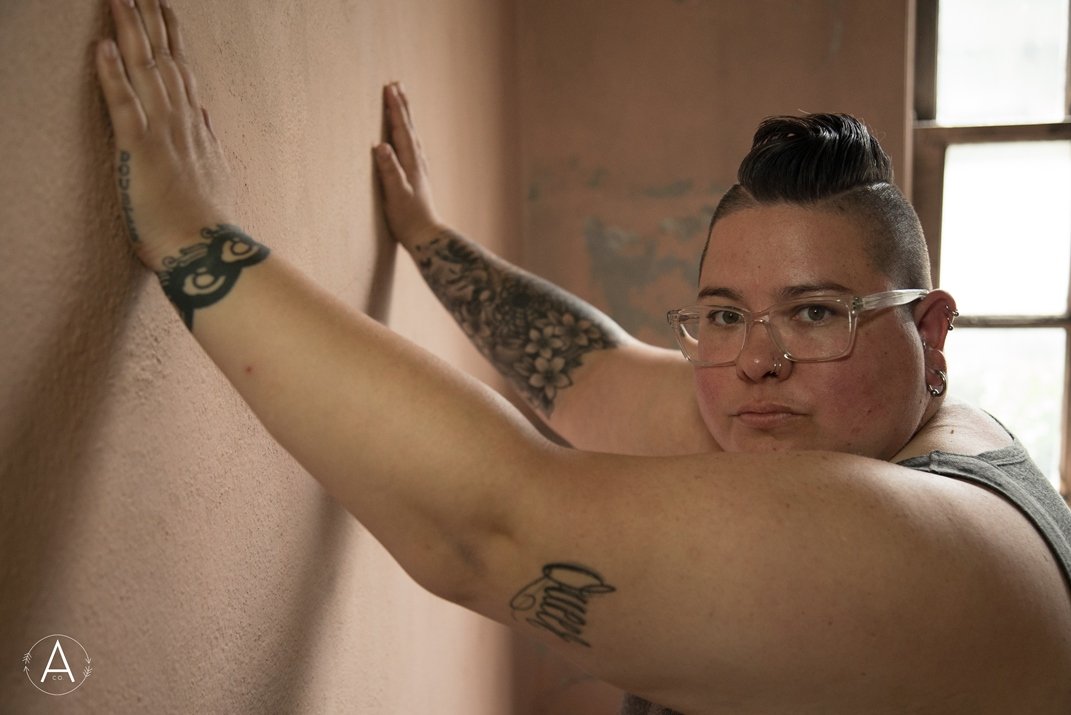 So, I called my photographer over at Adelicia Company (Nashville, TN), and told my photographer, Ben, that I’d like to curate a Boudoir shoot based off of the theme “tenderness” and wear shades of gray. I chose gray for its non-binary feature and that the color forces us to move out of an either / of binary frame and into a both / and imagination. (We found a space in downtown Nashville, and we spent a couple hours curating the look of tenderness wearing shades of gray. We curated a non-binary look!) 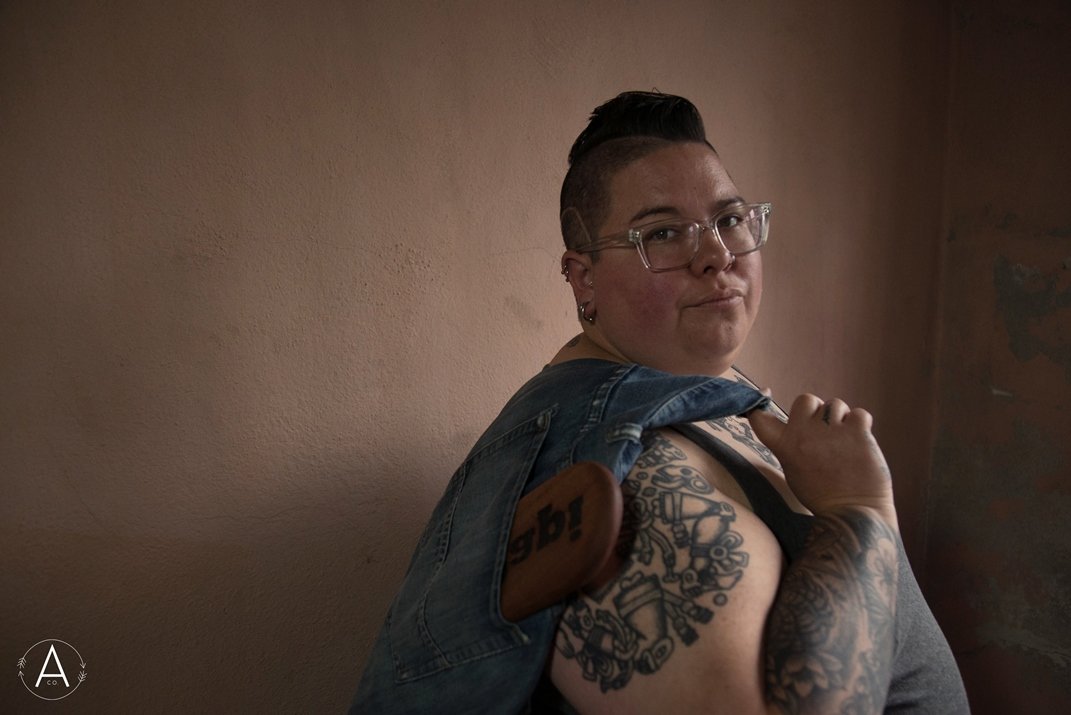 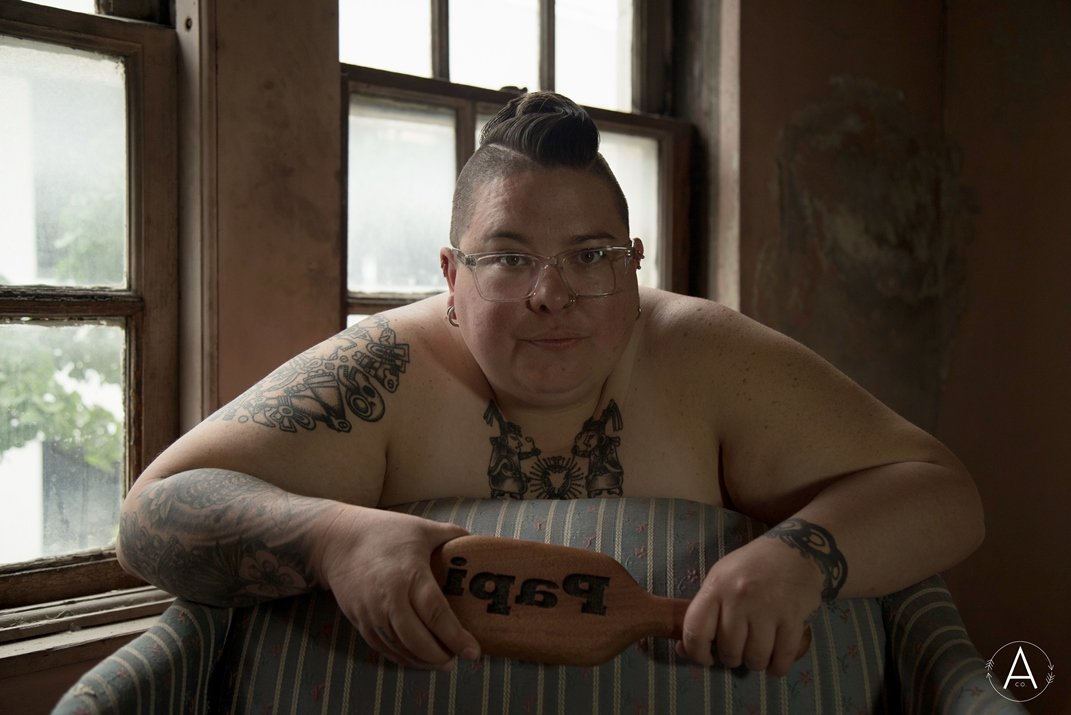 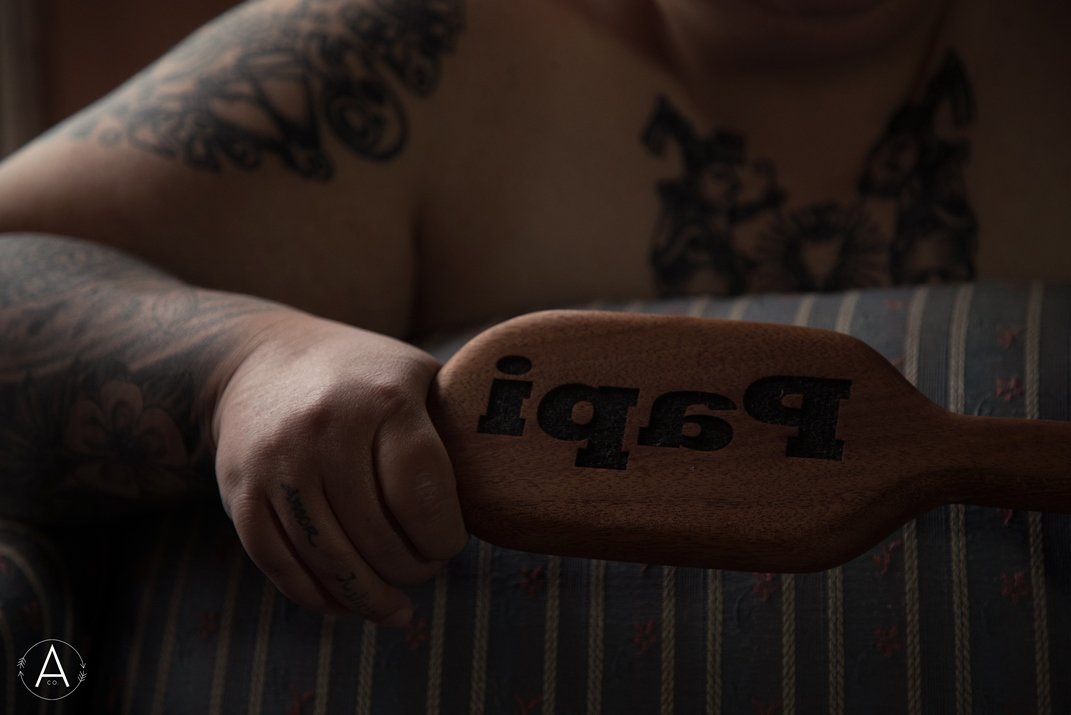 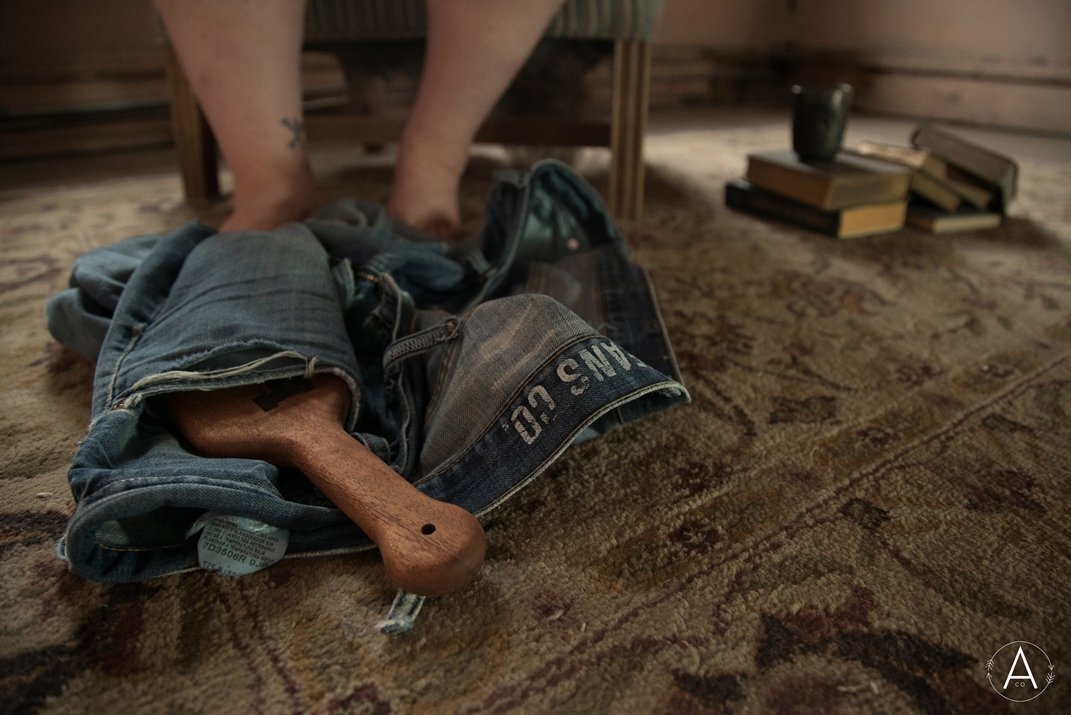 In the shoot, I’m wearing Miami-based Papi underwear and one of their tanks. I’m hoping to raise a conversation around power and gender, especially among masculine presenting and masculine of center folks. For those of us who are non-binary, like myself, and those of us who move in the world and through the world as Power Top Transmasculine folks, how might the trope of tenderness animate new folds of masculinity?

About the author: Robyn Henderson-Espinoza, PhD is the Director of Public Theology Initiatives at Faith Matters Network. Knowing intimately that the borderlands are a place of learning and growth, Robyn draws on their identity and heritage as a Transqueer Latinx in everything that they do. From doubt to divine and everywhere in between, their call as an activist-theologian demands the vision to disrupt hegemony and colonialist structures of multi-layered oppressions. As an anti-oppression, anti-racist, non-binary Trans*gressive Latinx, Robyn takes seriously their call as an activist theologian and ethicist to bridge together theories and practices that result in communities responding to pressing social concerns. Robyn sees this work as a life-orienting vocation, deeply committed to translating theory to practice, and embedded in re-imagining our moral horizon to one which privileges a politics of radical difference.

Written By
Guest Authors
More from Guest Authors
Rumor has it that, among heterosexuals, it’s common for a bride to...
Read More