“Not only do folks of color, queer and trans folks, and low-income communities have legacies of giving, we are often the first and most consistent donors who throw down for the radical grassroots activism that will get us all free.”

Third Wave Fund is the only activist fund led by and for women of color, intersex, queer, and trans folks under 35 years old in the US.

For over 20 years, Third Wave has worked with communities who have been left out of philanthropic giving. In 2007, Third Wave gave Tarana Burke the first grant ever to the #MeToo campaign. Last year, Third Wave Fund awarded a total of $636,000 with 100% of those grants reaching young women, queer, trans and low income young people of color.

Coming up on October 18th at Littlefield in Brooklyn is Third Wave Fund’s biggest fundraiser party of the year, Gender Bash. 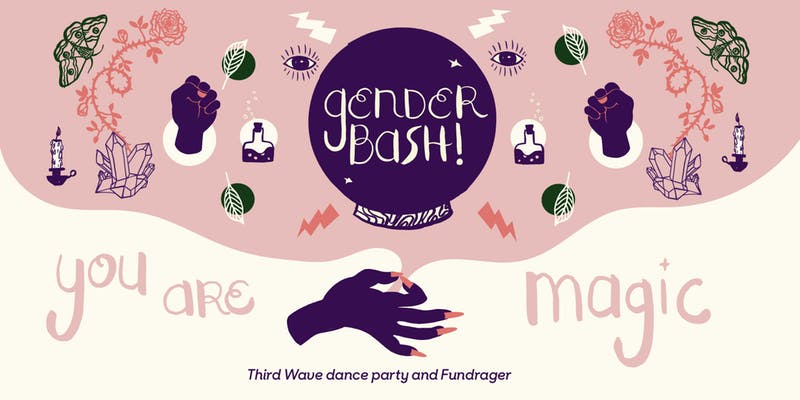 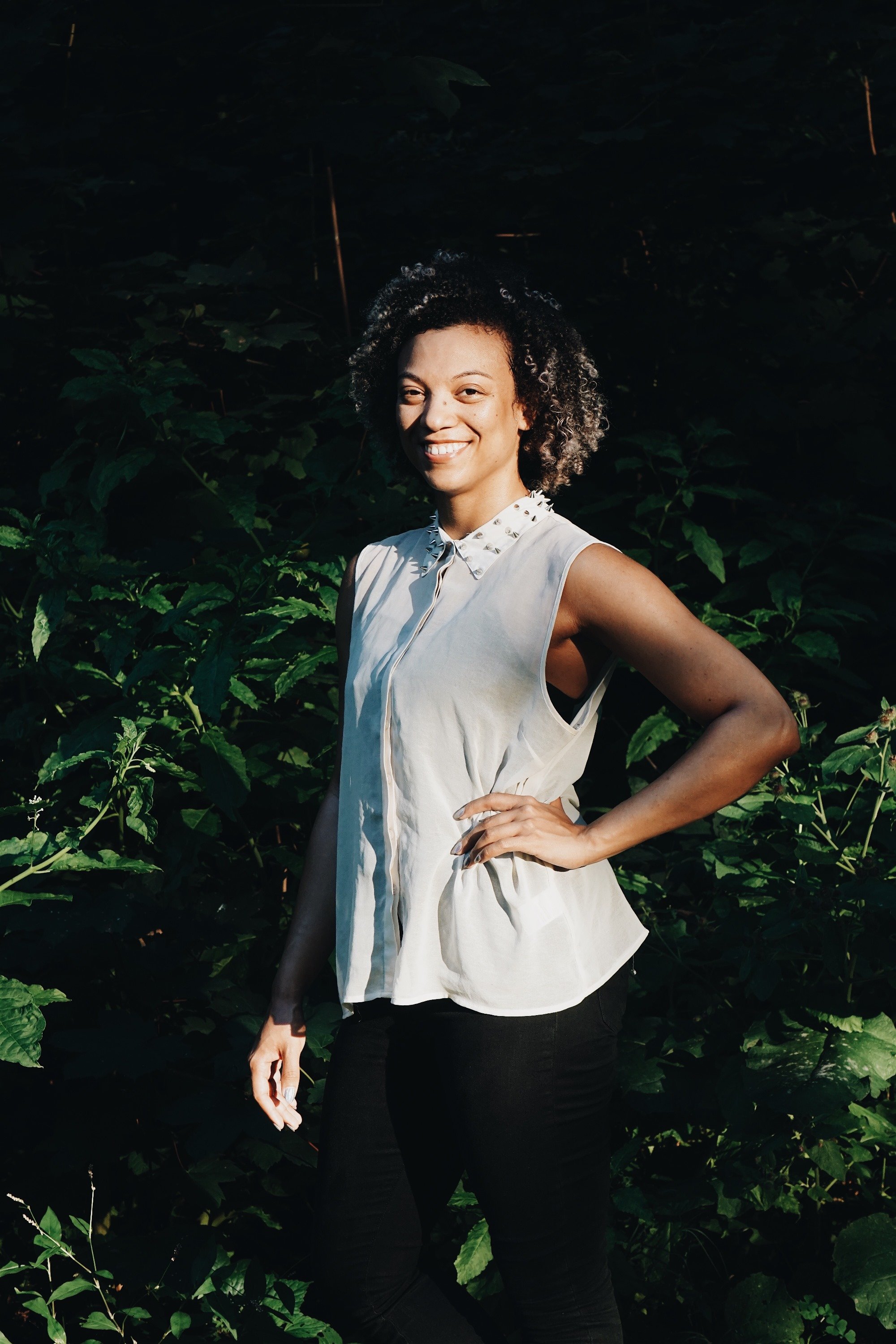 How did you get involved with Third Wave?

I had an institutional crush on Third Wave Fund for years! Third Wave is only activist fund in the US led by and for women of color, intersex, queer, and trans folks under 35. How could I not want to be involved with this work?

Why does it feel important?

QTPOC-led activism, and community organizing and grassroots work in general, do not have ample funding. Third Wave holds down radical space in philanthropy in order to resource the grassroots movement building of our communities.

Of all philanthropic giving in the US, only 7% goes to women and girls, 7% goes to people of color, 3% goes to community organizing and 0.015% goes to trans communities.

Can you tell us a little bit about Third Wave’s grantmaking?

Third Wave grants to work led by young women, queer and trans folks of color across all movements and former grantees helped co-design all of our current grantmaking programs.

I’m really proud that 30% of our grantees this year got their first grant ever from Third Wave and that we were actually the first to grant to Tarana Burke’s #MeToo campaign way back in 2007.

In addition to giving 6-year grants to emerging work through our Own Power Fund, we also give monthly rapid response grants through our Mobilize Power Fund.

One of my favorite grants was through Mobilize Power in 2017. We made an emergency grant to The Knights and Orchids (TKO) Society in Selma, Alabama to support them getting Black women, queer, and trans folks registered to vote and driven to polling stations. In an election decided by the voter turnout of Black women, you can see how this grant made a difference on a national scale.

You can learn more about our grantmaking programs here.

How does it feel like Third Wave is changing perceptions of philanthropy?

When people think of a donor or a philanthropist, it conjures this image of someone who can write a large check without blinking.

Not only do low-income people color, queer and trans people have legacies of giving, we are often the first and most consistent donors who throw down for the radical grassroots activism that will get us all free.

Until the revolution comes and we overthrow the need for foundations, I believe in social justice philanthropy as a kind of reparations. There is enough money in this world for all of us to survive – it’s just not distributed justly.

Can you talk a little bit more about cross-class support (i.e. why you’re here on dapperQ)?

When we fund the work using a cross-class model, we have more agility and choice in our grant-making because of the sheer number of individuals backing it. We have donors who give $5 a month and donors who give $50,000 a year.

We believe that movements require all of us to pitch in what we can, but that people most directly impacted by oppression should be deciding how to distribute those resources.

When we launched the Sex Worker Giving Circle, the first sex worker-led grantmaking project housed at a US foundation, wealthy allies made their contributions and gave up decision-making power about where the grants would go. This way, people who have historically been kept out of power could take the lead – not just with a seat at the table, but at the head of it.

No community should be shut out from making decisions that impact their lives – projects like the Sex Worker Giving Circle show the power of cross-class philanthropy.

What are small ways people can help?

You can make a gift today at any size that feels good to you!

Monthly gifts directly resource our monthly rapid response fund, Mobilize Power, sustain our work, and get you a free ticket to Gender Bash our annual fundrager and dance party on Thursday, October 18 in Brooklyn.

Donors have also thrown down for this work by starting QTPOC dance parties, throwing flash tattoo fundraisers, putting on burlesque shows and hosting brunches to raise funds for our grantmaking.

If you’re interested in joining this work or want to learn more, reach out to me at [email protected].

Not sure about gift size? Here’s how giving in 2017 played out across the US: 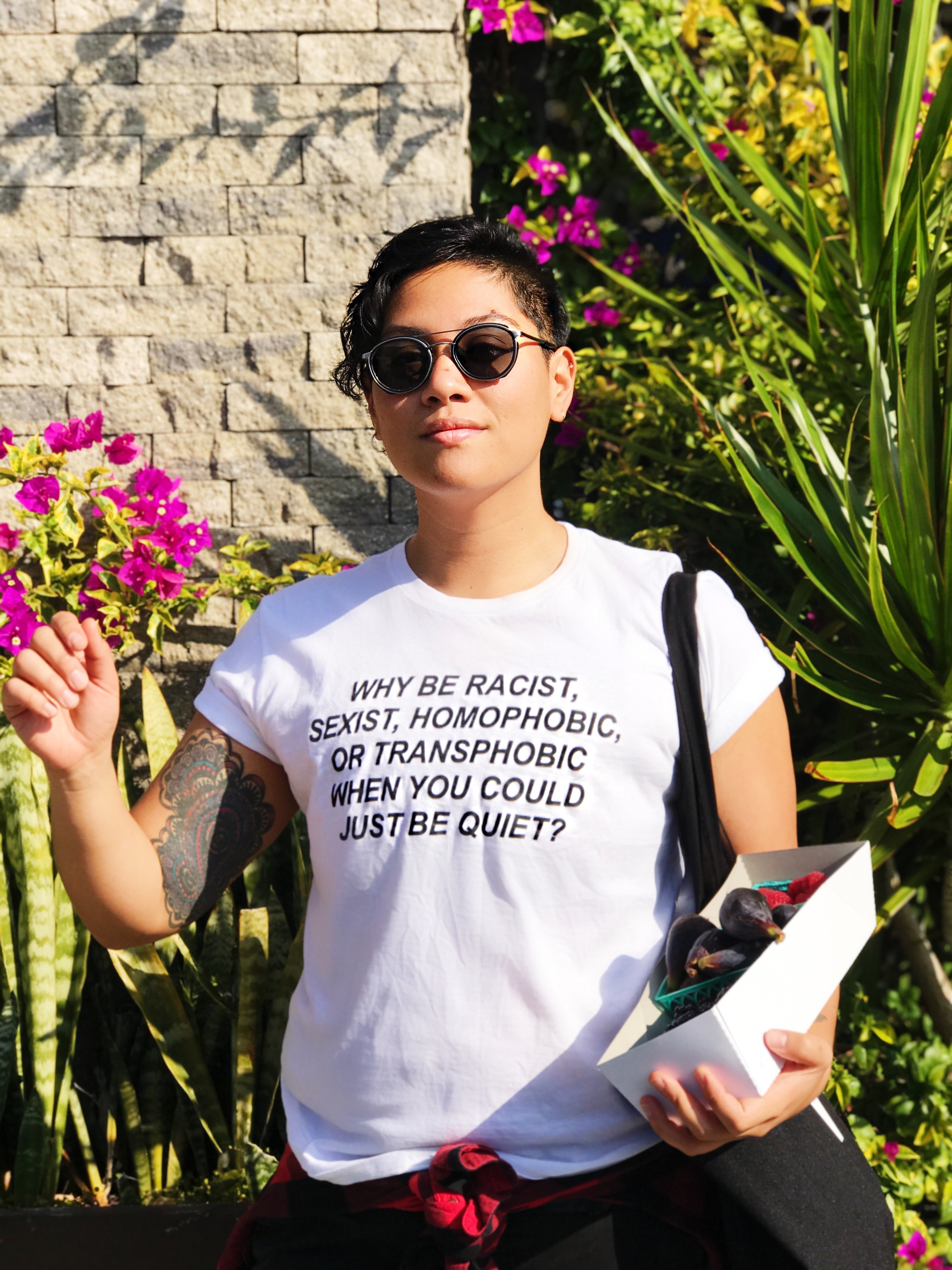 About the author: Nina does brand strategy by day at McCann by day, and creative partnerships and production for dapperQ by night. They love fashions, dogs, and bridging the divide between corporate America and the queer community by just being outspoken and queer as hell. It’s worked so far. Nina is passionate about creating experiences and facilitating relationships between people, companies, and communities. If you feel like it, you can follow along on Insta: @ninakossoff