A few weeks ago, I published a recap on the representation of queer fashion in And Just Like That, the Sex and the City (SATC) reboot. Even though I had completed watching season 2 of L-Word: Generation Q months before finishing season 1 of And Just Like That, my delay in writing about the fashion in L-Word: Generation Q was intentional so that I could tell my personal story about what the fashion in both series has meant to me over the course of 20+ years, as well as recent shifts in the fashion narratives on each show.

As a GenX-er who came out as a lesbian in 1999, during a time when there was less acceptance, celebration, and representation of femme style as a “legitimate” way of expressing queerness, the original Sex and the City (1998-2004) fed my love for aspirational, luxury, fantasy fashion. A bit of a caveat that I mentioned in my recent And Just Like That recap:

I am in no way suggesting that cis het characters wearing feminine clothing is any substitute whatsoever for femme representation. Some dapperQ readers have criticized our publication for expanding our coverage of masc style to include a broader range of style, including femme fashion, citing that any media featuring cis het feminine fashion counts as femme representation. It DOES NOT and here are some reasons why. But, as someone who is clearly drawn to fashion as art (I do publish dapperQ and produce the largest LGBTQIA+ fashion shows in the world, so one would hope that I at least enjoy some elements of fashion), SATC was glorious eye candy that took me to fashion church every Sunday night from 1998-2004.

I will also add that there was very little sexual orientation, racial, or body diversity represented on SATC, until the reboot demonstrated that “high fashion was not just for straight women and gay men, but also for us queers, femmes, and they/thems.”

So, while I drooled over all the looks in the original SATC, I also felt that the show did very little to advance femme visibility and very little to challenge the “but you don’t look gay” trope for femmes and non-binary folx who did not fit neatly into both hetero-normative and queer-normative parameters of “acceptable” queer style.

And then came hope. Showtime announced that it was releasing The L-Word in 2004, television’s first ensemble cast of lesbian and bisexual female characters depicting “our” lives from the queer gaze, in particular, the “female” gaze (as described by many news outlets). The L-Word (2004-2009) was often marketed as the “lesbian SATC,” anticipated to fill the SATC (1998-2004) void with a new perspective on relationships, sex…and FASHION. Of course, I knew the story lines would be completely different, but I was excited that the L-Word cast would represent a wider range of queer style and beauty across the feminine-masculine spectrum.

I recall hosting an L-Word series premiere watch party in my Chelsea apartment, which was attended mostly by my cis gay male neighbors who resided in my building. I was hyped (to say the least) to show them the fictional fabulous lives of queer women, especially after dedicating many nights of watching Queer as Folk and SATC with the same crew. AND. JUST. LIKE. THAT… from the opening L-Word theme song, things didn’t appear as fabulous as I had hoped. It felt like everyone at the watch party looked at me for some explanation, and I had none.

I am not going to give space to the analysis, critiques, or celebrations of the original L-Word as a show. It has been written about ad nauseam, and we all have our opinions. However, given the show seemed to be reaching for a lesbian West Coast version of SATC’s “cool factor,” the fashion, from my perspective, just fell … flat!

I acknowledge that there are some queer folks who do not see fashion as relevant or central to the L-Word characters. There are many impactful voices in our queer communities who see fashion as consumerist, a-political, and superficial. However, many of us, including the entire platform on which dapperQ is built, find queer fashion to be political, radical, revolutionary, self-affirming, and intentional in dismantling binaries and reclaiming and redefining our beauty across the feminine-masculine, gender identity, gender presentation, and sexual orientation spectrums.

Of course, I did not expect the characters on L-Word to dress the same as the characters on SATC. In fact, I had hoped that the L-Word would chronical the best of our queer communities’ fashion since we are often the originators of spectacular and transformative style that is later appropriated in mainstream fashion as merely a trend. I had hoped for the luxury of Pose, the impeccable tailoring of Suited, the swag of Lena Waithe in Master of None, the effortlessly chic style of Ellen (I know, I know) on her talk show, the timeless flare of Murray Hill. Re-watching the original L-Word, I felt that the fashion was an afterthought and very dated, rather than being at the forefront of the characters’ identities, showcasing the brilliance and resilience of  our communities’ diverse style. Shane’s low-rise jeans paired with a high-rise, tight vest with no under shirt was giving me early 2000s Britney Spears, while the clothing on SATC is still serving relevant, chic, and timeless classic.

Needless to say I had low expectations for the fashion, style, and beauty to be featured on L-Word: Generation Q, the L-Word reboot…and high expectations for And Just Like That, the Sex and the City reboot. While the latter delivered with incredible fashion that was more queer inclusive, Generation Q proved me entirely wrong and made me wonder (in Carrie Bradshaw voiceover), “Did L-Word: Generation Q surpass Sex and the City as most fashionable?”

Both show reboots absolutely leveled-up their fashion games, with SATC proving with Miranda that not all queer women are masc, and featuring some high couture non-binary style, particularly with Charlotte York Goldenblatt’s non-binary teen child Rock Goldenblatt, played by Alexa Swinton, wearing a pink Versace suit. Where Generation Q reigned supreme was avoiding the trappings of “age appropriate style.” With the exception of some of Carrie’s looks in the SATC reboot, the entire show, including many of the looks, albeit gorgeous couture, felt like an “I’ve fallen and I can’t get up” as seen on TV commercial. The message was, you will age, everything will hurt, you will be a sad shell of a person you used to be, out of touch with reality and the culture around you, and shocked that your friends are still having sex with their significant others in their 50s. And, your outfits should be stylish, but more “modest, age appropriate” to reflect this horrible age when your entire life starts to fall apart. SATC did not celebrate how our bodies are diverse and constantly changing with age, and what benefits and gifts and joys come with that.

Generation Q, on the other hand, really leaned into styling their characters to align with the uniqueness of each character, including their desires for luxury, self-affirming style (and hot sex) well into 50 years of age, and approaching 60. Jennifer Beals, for example is 58, and her character, Bette, was having  steamy affairs whilst dressed in amazing outfits and undergarments. Unlike the SATC reboot, which did growing older dirty, Generation Q did not treat aging as undesirable. In fact, the clothing got better, the characters got wiser, and the sex got hotter while also addressing the issues that arise with the passage of time, such as divorce, death, and parenting teenagers. 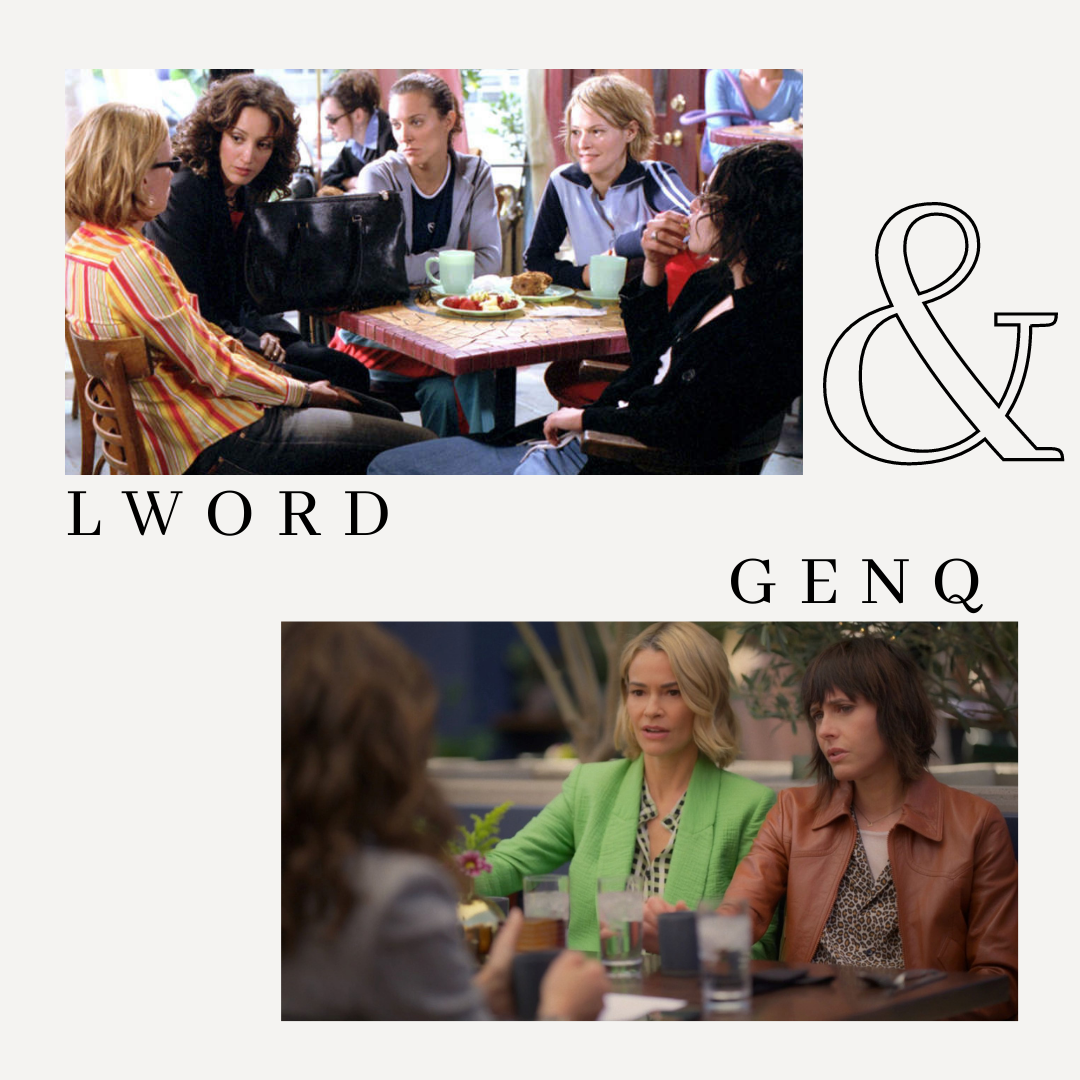 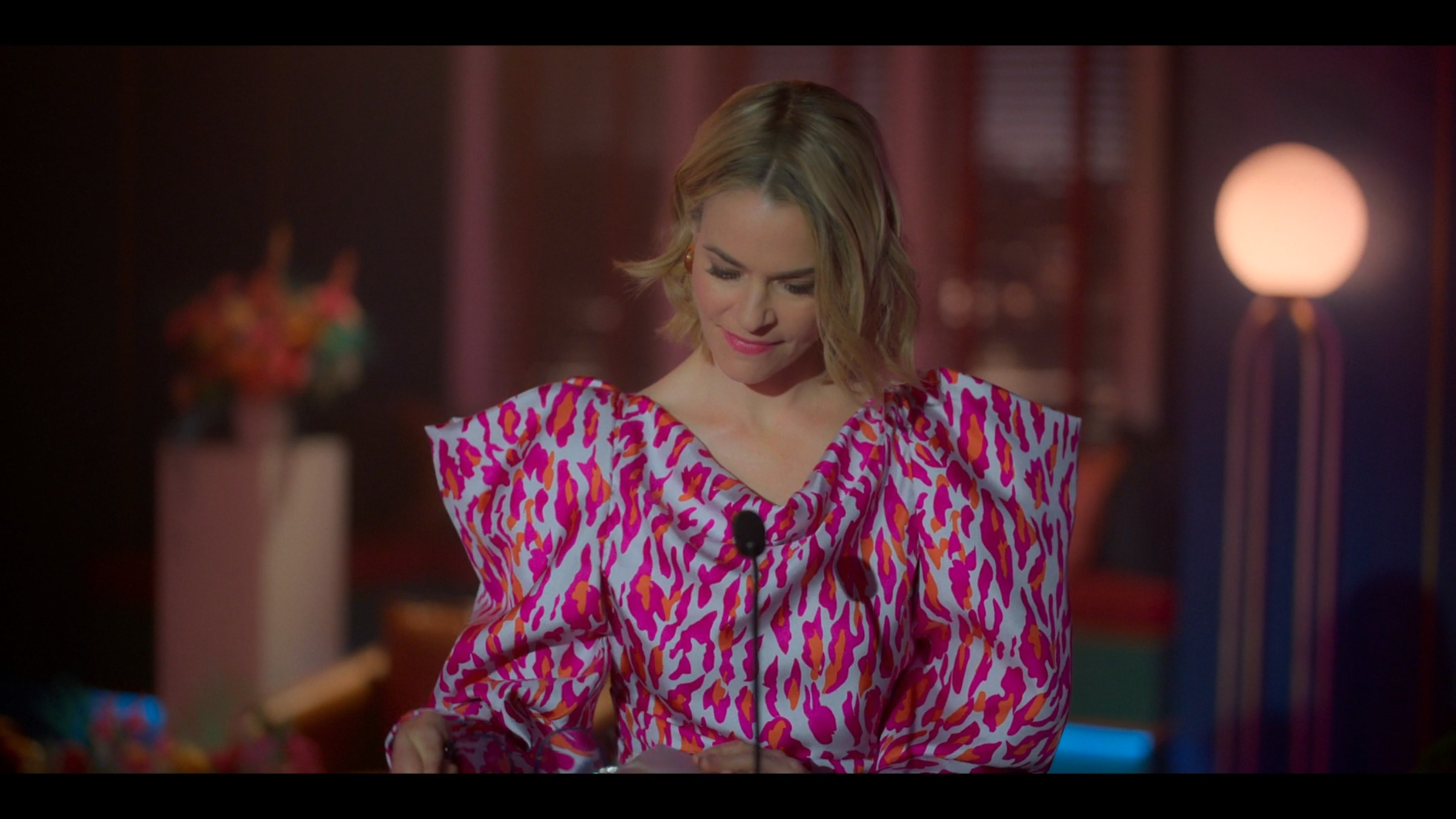 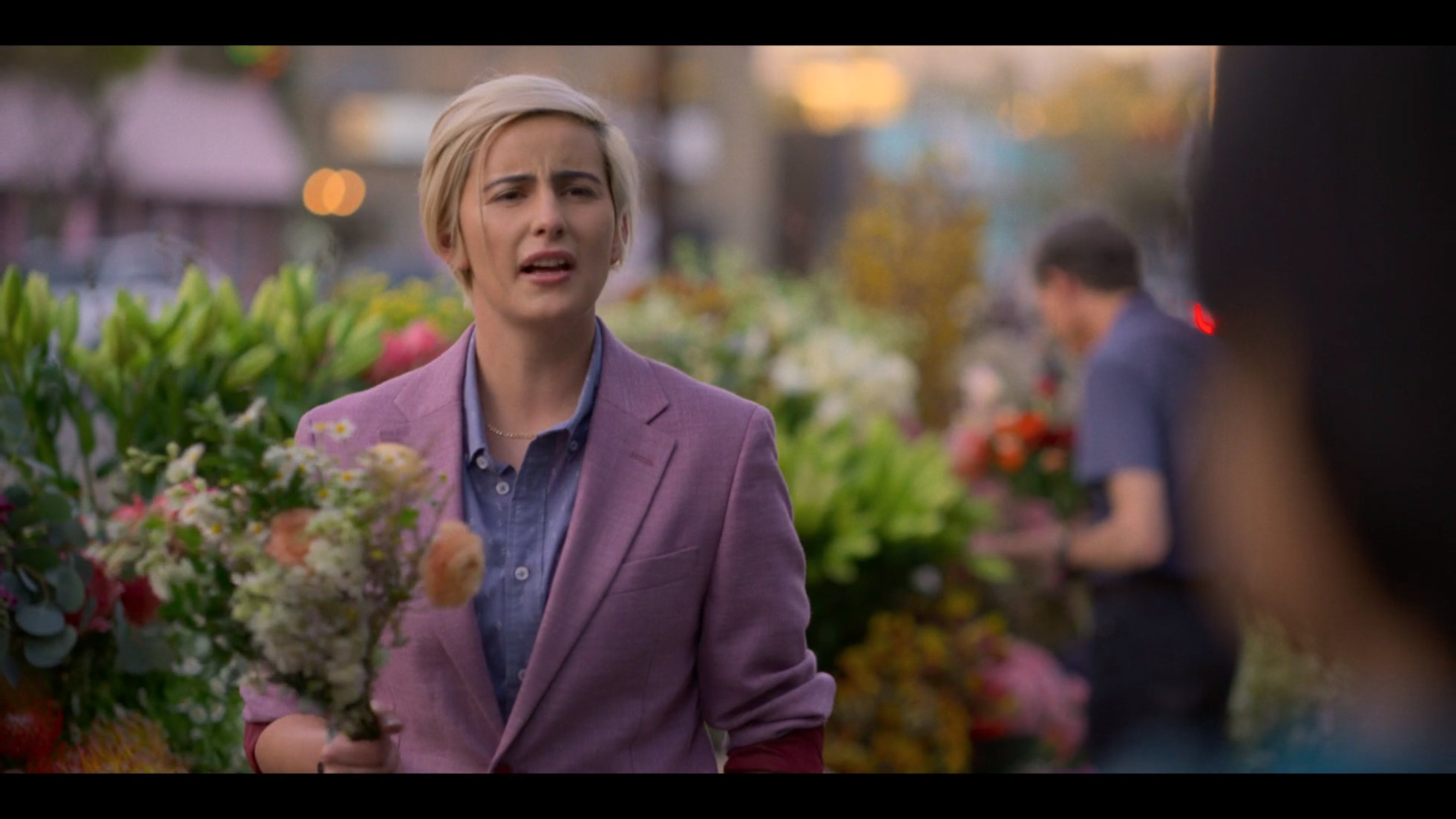 At the end of the day, Generation Q demonstrated that us gays ™ are always in style.