Actor Lea Robinson who plays Bertie, a non-binary character in the new hit Amazon series A League of Their Own, has always been at the forefront of pushing for visibility and representation in industries that have historically erased queer and trans identities. In fact, he was one of the original members of the dapperQrew when dapperQ was established in 2009, and was a model in many of our fashion shows that are now known for disrupting gender binaries and advocating for representation in the the beauty and fashion industries. 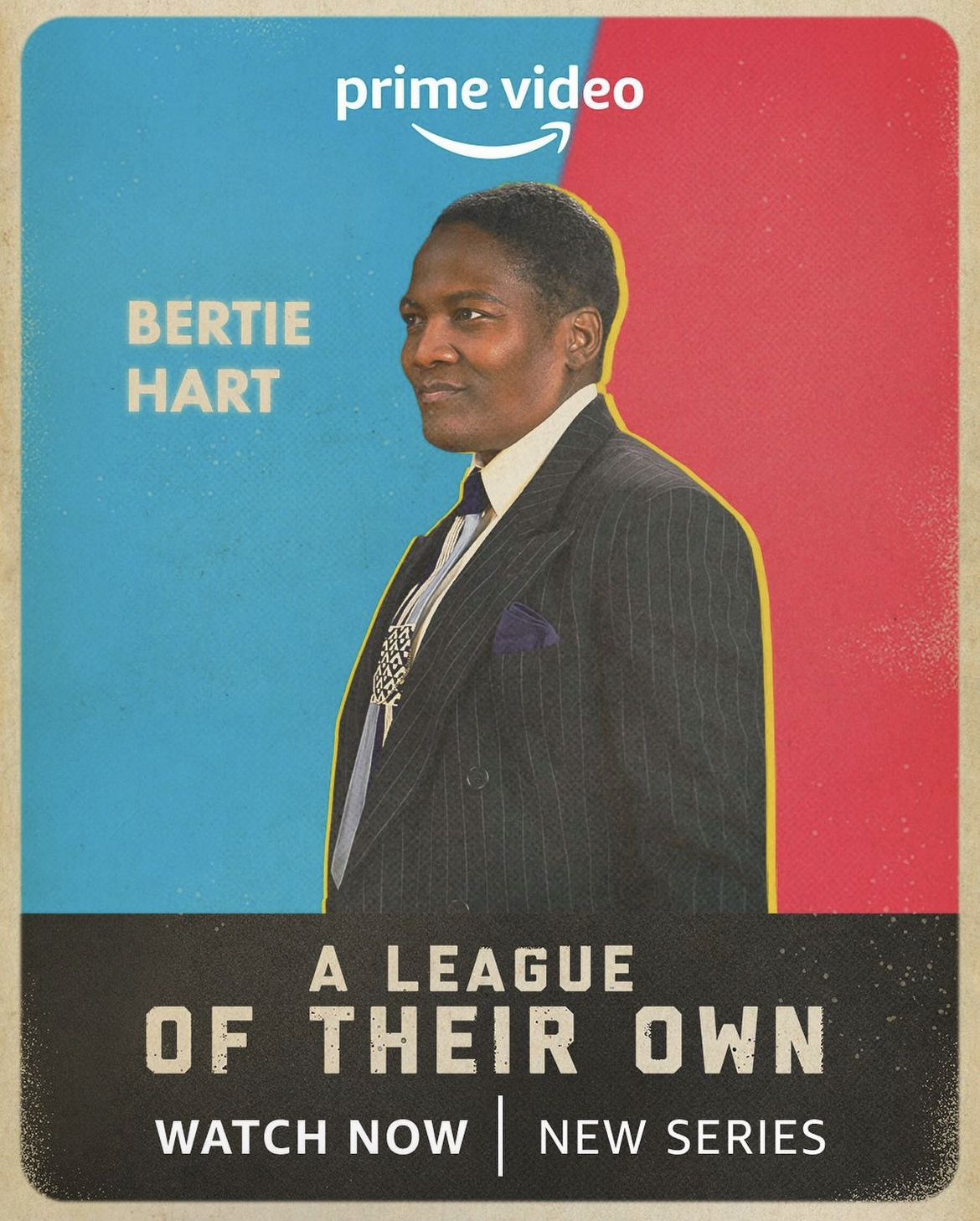 So often, period pieces do not adequately represent the complex experiences of people living at the intersections of Black, queer, and trans identities. When this representation does exist, it is often as a monolith, a single experience of trauma that is resolved with a white savior story.

Robinson’s recent roles in not only the period show A League of Their Own, but also as Reverend Ty Harmon in Lena Waithe’s Twenties, bring to life stories that media actively ignores.

We caught up with Robinson, also known as Lee, for a conversation on film and fashion.

dapperQ: Tell us about your upcoming roles in A League of Their Own and Lena Waithe’s Twenties.

Lee: In A League of Their Own, I play Bertie Hart. Bertie is the uncle of Maxine (one of the players) and identifies and non-binary. Bertie is a kind and gentle soul who has navigated the challenges of the world as a black, non-binary person in the 1940s and still managed to inspire joy and community.

In Lena Waithe’s Twenties, I played the role of Reverend Ty Harmon. Rev Ty is a trans, non-binary marriage counselor, who had a pivotal role in Chuck and Marie’s storyline by influencing them to look a little deeper into their relationship before getting married and Rev Ty also encouraged Chuck to look deeper into his questioning sexuality.

dapperQ: How did you get involved with A League of Their Own and Twenties.

Lee: With both of these shows, my manager submitted me for the roles. I auditioned, got the callbacks, did a chemistry read with A League of Their Own and got the roles. It was all via self-taped auditions and zoom callbacks.

dapperQ: When you read the scripts for A League of Their Own and Twenties, did you feel like you related to the characters?

Lee: Oh, I absolutely did feel like I could relate to both of these characters. As a tran, non-binary black identified person, I’ve walked in many of these scenarios.

With Twenties, the storyline was so powerful. It encouraged dialogue intersecting identities around race, gender, sexuality, gender identity and expression and religion.

With Bertie’s character, not only did I resonate with Bertie, but I was also honored to be a part of breath life into this character and telling Bertie’s story.

dapperQ: How important is it for LGBTQ+ communities to see Black queer and trans characters? What is the larger impact of this visibility on society as a whole?

Lee: It’s important to normalize the existence of LGBTQA+ people in communities of color to raise awareness and encourage acceptance. It’s also important for queer people of color to see that representation and to know that there is community and that we are not alone.

dapperQ: When you were growing up, did you have any role models in film or television that you looked up to or aspired to be?

Lee: No, not really. I didn’t see anyone like me on tv or in film, which was in retrospect, even more alienating and othering. That’s one of the reasons I became an actor—to increase and encourage visibility of queer, trans, non non-binary people of color in this industry.

dapperQ: Can you tell us a bit about your history and relationship with dapperQ? What role did this involvement play in your professional journey?

Lee: dapperQ was the FIRST place I ever felt like my queer identity and style was actually beautiful and accepted. dapperQ gave me permission to have pride and appreciation for my non-binary fashion and existence. It provided us with a platform and safe space to explore ourselves, our beauty, our confidence and our very existence.

dapperQ: Fashion plays a central role in our identities, even in places we do not expect, such as costume design and styling in television and film. Can you tell us a bit about your fashion/style experience on each of the sets and how queer style can be incorporated to tell a larger story in media about diverse, intersectional LGBTQ+ communities?

Lee: In Twenties, Rev Ty wore a suit in one scene and a gorgeous sweater in another scene. This clothing, in my opinion was something I would definitely wear and really felt in alignment with who Rev Ty became for me.

In A League of Their Own, the dress, fashion and attire was incredibly beautiful. Being a period piece, wardrobe did an incredible job of sourcing outfits and clothing to represent the time. Bertie’s clothes were breathtaking. Bertie’s outfits represented an incredibly layered navigation of being a non-binary person, Black person during that era. Bertie’s takes great pride in presentation and walking in those shoes. So, the process of dressing Bertie (down to the binding) was such an incredible detail. It’s just one more way this production got it right. It was so relatable for me. This type of representation is important to encourage folks to fully explore their gender identity and expression and walk that walk with courage, pride and appreciation for each other.

*Feature photo by Lisa Keating Photography
“A League of Their Own” is now streaming on Prime Video.