In an effort to up her style game, S.F., our Editor in Chief’s fiancé, swore off snapbacks to avoid the lesbian style cliché. But with streetwear becoming the new high fashion trend, some garments and accessories that were once considered the antithesis of fashionable – snapbacks, sweatpants (now dubbed “joggers“), and sneakers – are taking center stage in runway shows, fashion blogs, and celebrity closets. This summer, S.F. took the snapback plunge and was instantly hooked on the updated haute hats that have taken the cap from cliché to couture. We spent the day with S.F. in Coney Island, Brooklyn, where she modeled some of her most recent snapback purchases and shared with us what’s next on her snapback wish list. 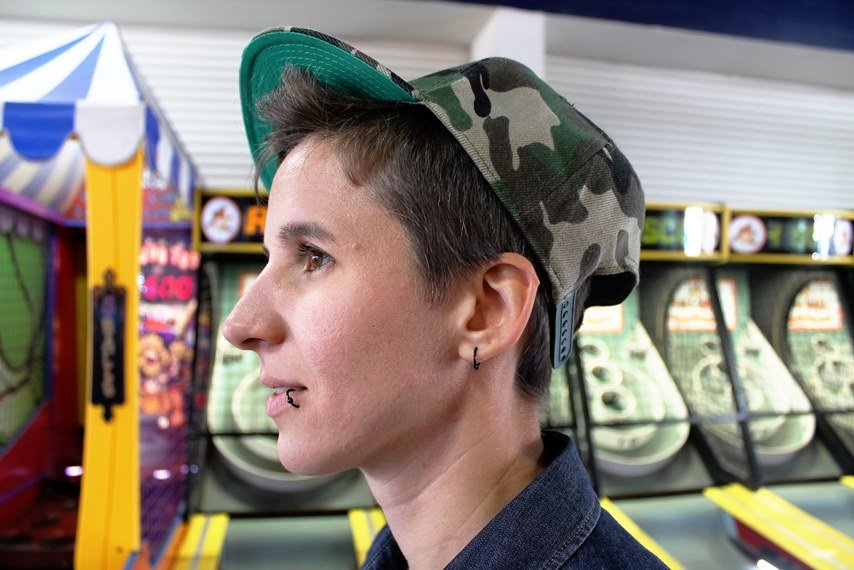 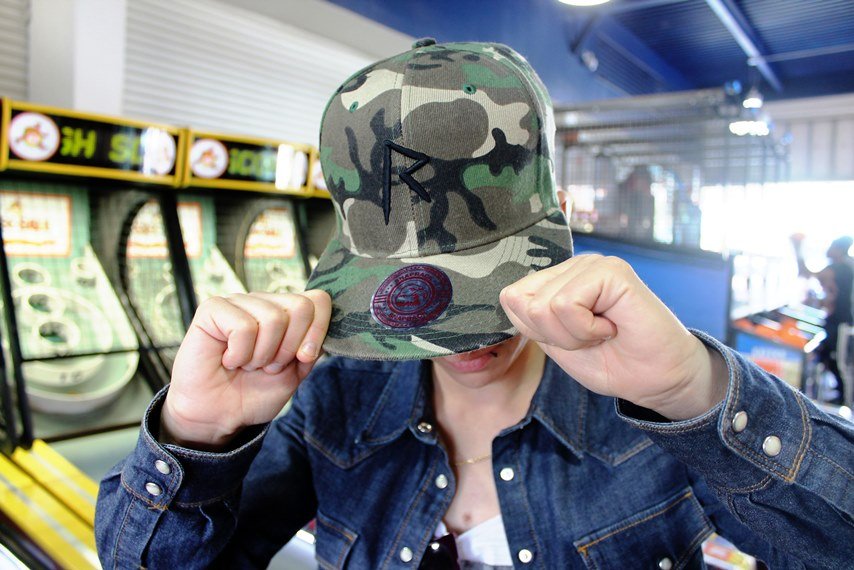 When it comes to the sticker, do you keep it on or peel it off the brim? Even the Sartorialist asked why keeping it on is a trend. Leaving the label on has cultural and economic roots, but S.F. tries not to remove it. Here, she is wearing a limited edition Rihanna tour camo snapback. 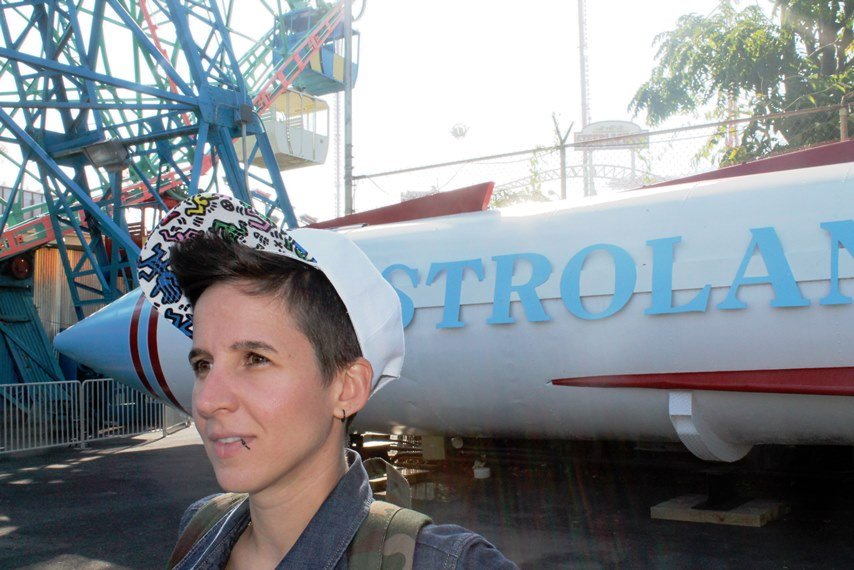 S.F. is a Development Manager at GMHC, the nation’s oldest and largest AIDS service organization. GMHC gifted this limited edition Keith Haring x Joy Rich hat to her and, since receiving it, she has been approached by many strangers asking where she purchased it. Unfortunately, it appears as if it is no longer available in the U.S. 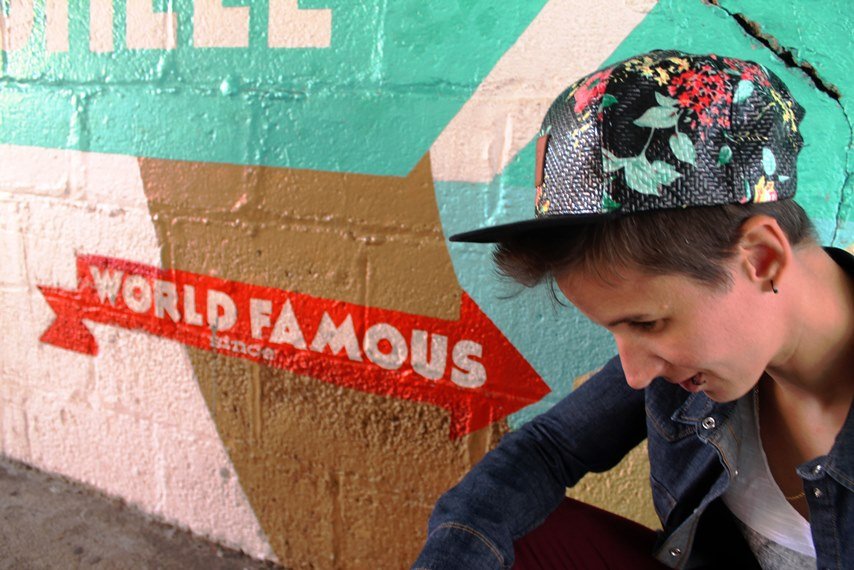 This was the hat that sold S.F. on the snapback. Anita had purchased this floral Reason hat for herself so she could use it to protect her hair during their summer vacation in Croatia. Curious about the interesting patterns and multi-textile design (woven acrylic, leather label, suede brim), S.F. tried it on. The hat’s fate was sealed: It quickly moved from Anita’s suitcase to S.F.’s suitcase. 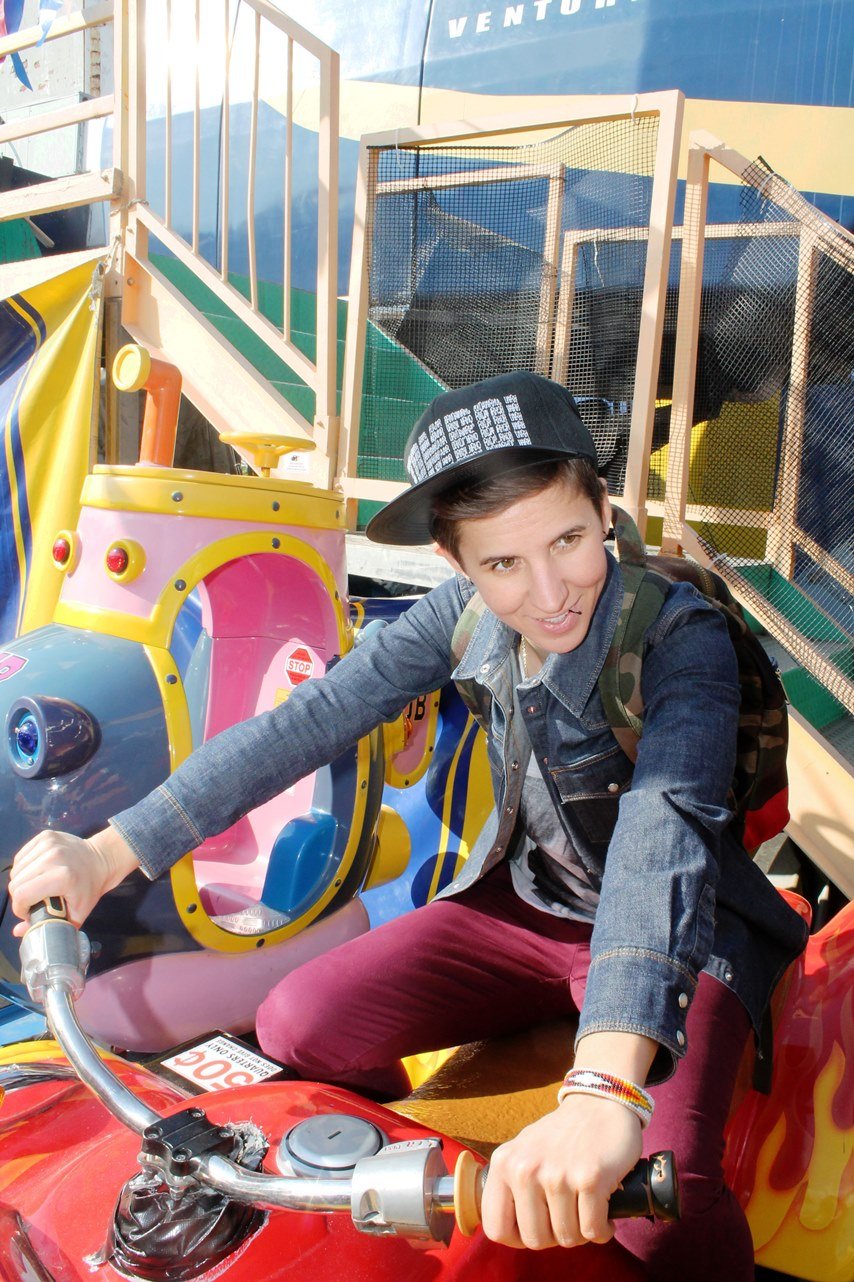 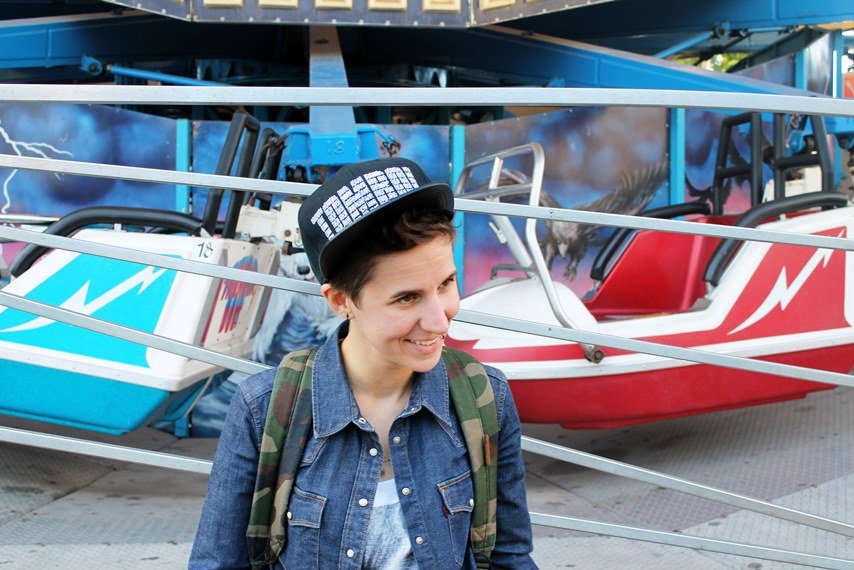 For New York Fashion Week, dapperQ got our hands on a Tomboi snapback from the queer owned and operated brand Style is Freedom. Once again, S.F. raided Anita’s closet and snatched up the leather brimmed gem. The coolest thing about this hat: The larger word “Tomboi” is spelled out with tiny letters “orkdawrh,” the brand’s signature logo, which is a creative word scramble on “hard work.” 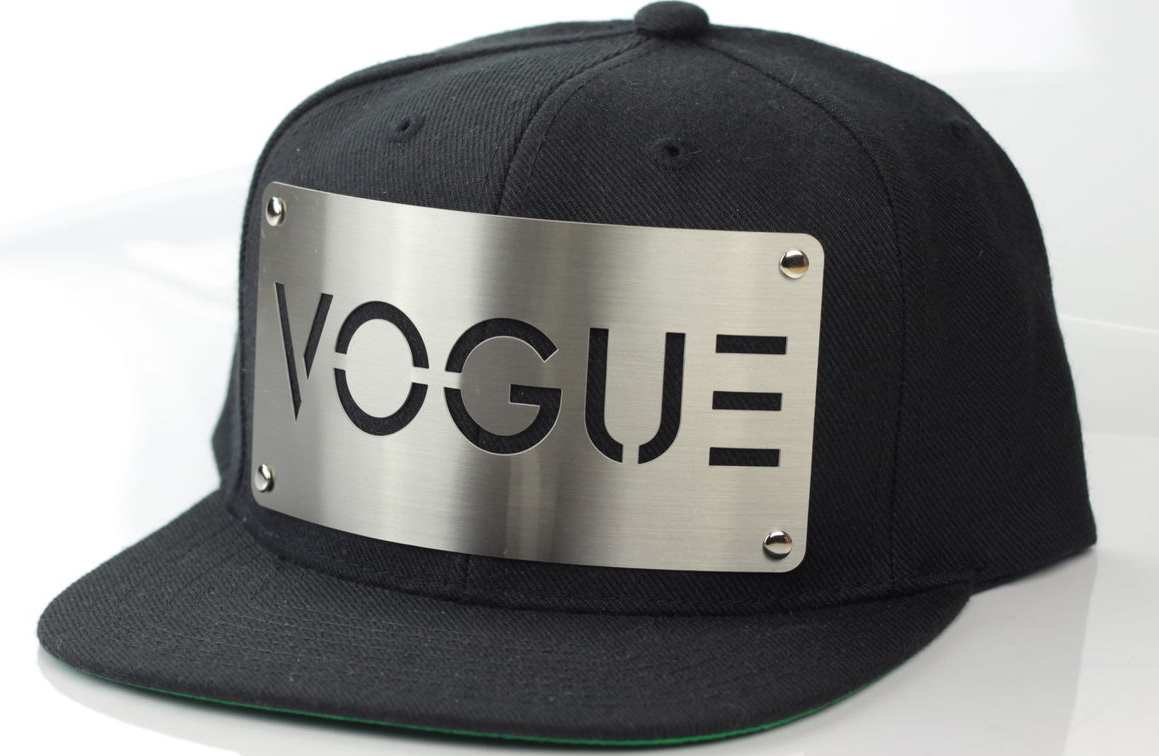 Despite Anita’s best attempts at convincing her otherwise, S.F. is still a Madonna fan. Vogue Snapback, $69 from Karl Alley 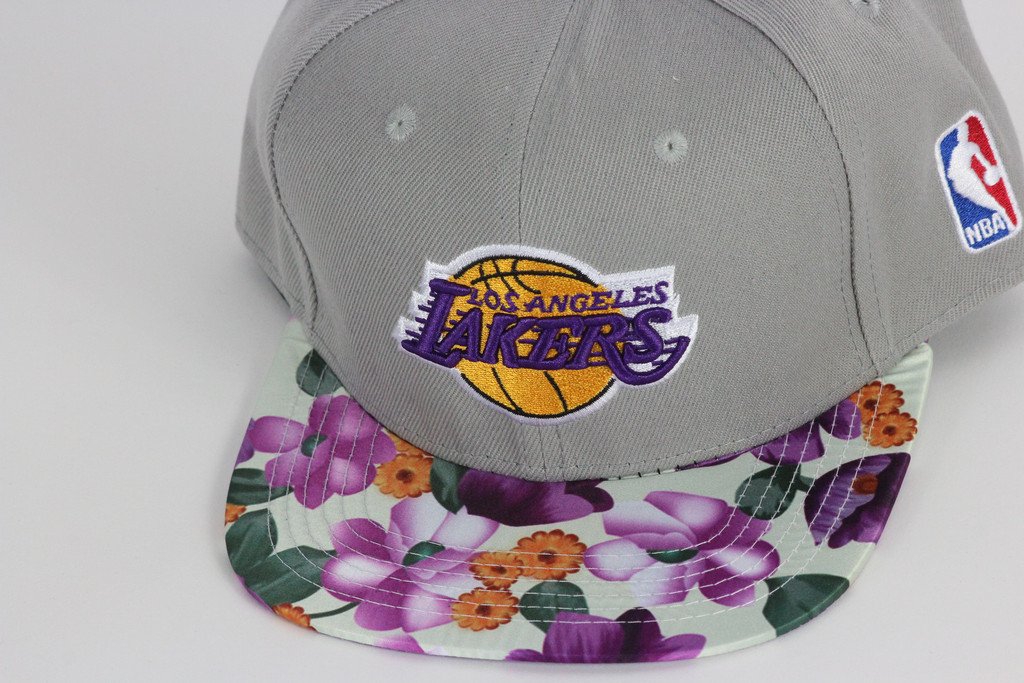 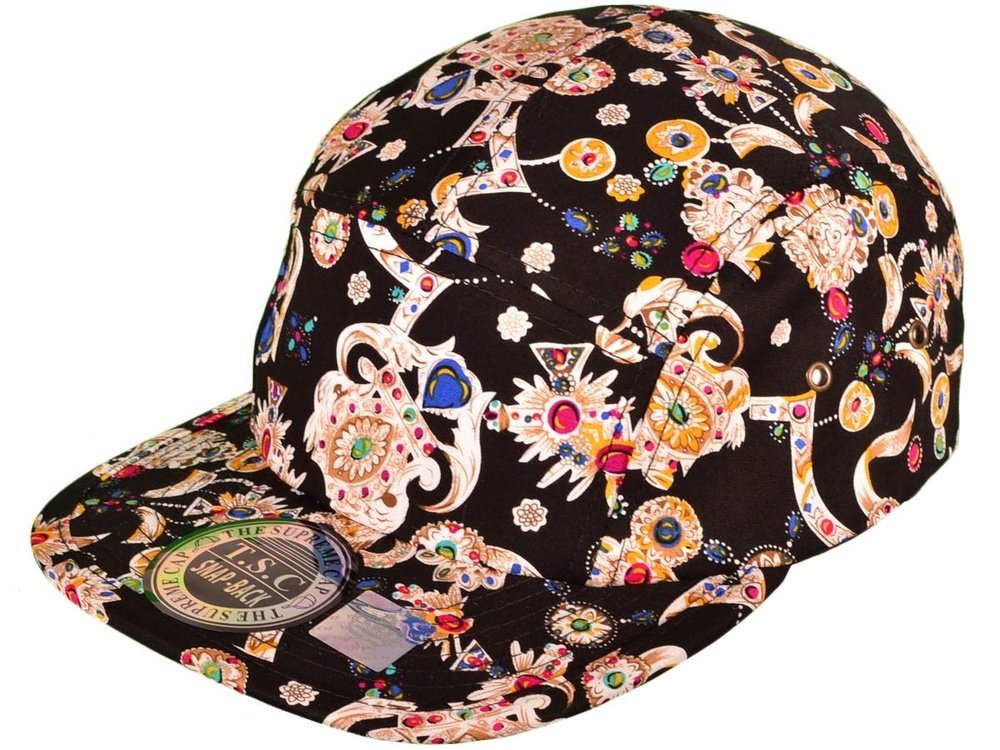 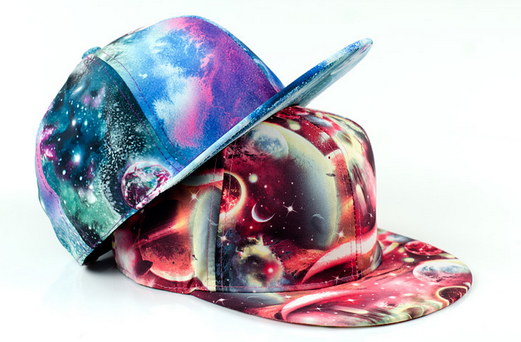 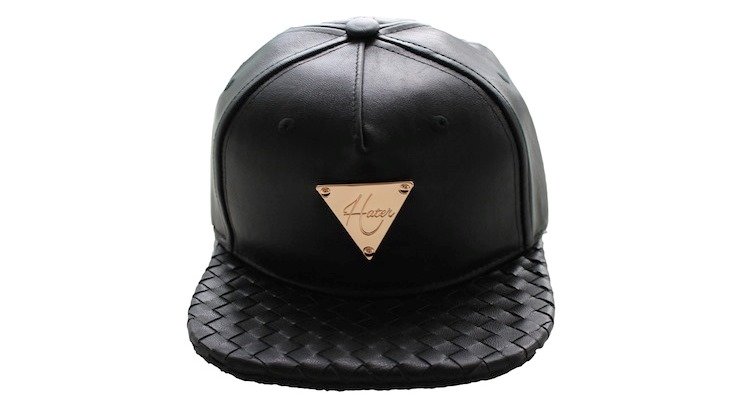