When I started my service with dapperQ, I did so for many reasons. Like Sharifa Murdock, the fashion powerhouse Black woman who founded Liberty Fairs, a progressive menswear tradeshow that is changing the landscape of fashion, I love “menswear.” I wanted to learn (and want to continue to learn) more about it and make it accessible to all. Moreover, I fully believe that leveraging style to dismantle oppressive binaries is congruent with my feminist values.

However, since dapperQ started in 2009, I began to notice that queer fashion media, designs, and conversations that celebrated masculinity were proliferating at the expense of femme visibility. To quote an article I published on Qwear:

Masculinity is often accepted as the gold standard example of radical transgressive style, particularly for bodies assigned female at birth (AFAB). AFAB individuals who dress feminine are often dismissed as normative and conforming to oppressive mainstream fashion rules. Furthermore, femmes, both cis and trans, are sometimes accused of lacking any real agency to consciously decide to wear lipstick, heels, fake eyelashes, and skirts as a means of communicating power and authority. The argument is that we have been indoctrinated to wear these oppressive artifacts and that, try as we might, the meaning behind said artifacts cannot be transcended.

However, perpetuating the belief that Western masculine style is superior to feminine style is in and of itself oppressive. (After all, masculinity is a social construct that varies across cultures. There are indeed cultures where makeup is considered masculine.) Dressing feminine can be just as much a middle finger to restrictive norms as dressing masculine. Femme fashion is radical and deserves space in the queer style narrative because it challenges the racial, ethnic, cultural, age, and size beauty norms set forth by the fashion industry.

For me, my style is all about reclaiming and redefining femininity. It is being unapologetically femme in its response to pressures from queer-normativity and heteronormativity to present more masculine and more androgynous. It is taking my beauty away from the male gaze. It is celebrating my beauty in a world that holds whiteness as the yardstick against which all “others” are judged. 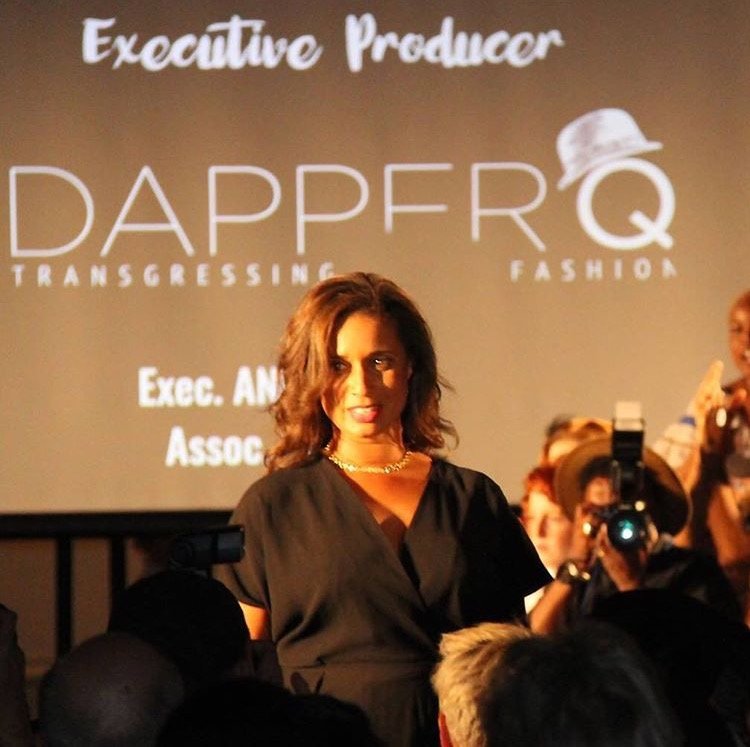 I certainly believe that dapperQ is an important space. It is a first-of-its-kind, premier resource for the sartorially smart who do not find a home on binary platforms like Cosmo or GQ. dapperQ will remain that resource. However, I also want to create space for femmes. The importance and demand for such a space could be best summed up by one of my favorite femme style icons, Chaka Bachmann of The Defiant Femme:

In general, people assume that for Femmes it is easier, because hey, there are so many straight feminine people on the runway, so shouldn’t that be sufficient? The answer is simply no! No, it is not sufficient. We do not feel part of an industry that reproduces oppression, that polices bodies in all its aspects, that is not queer nor subversive or critical, that appropriates and dismisses as it sees fit – or as the capitalist maximise-profit-equation dictates and that produces its goods in a way that pushes local and global inequality forward. 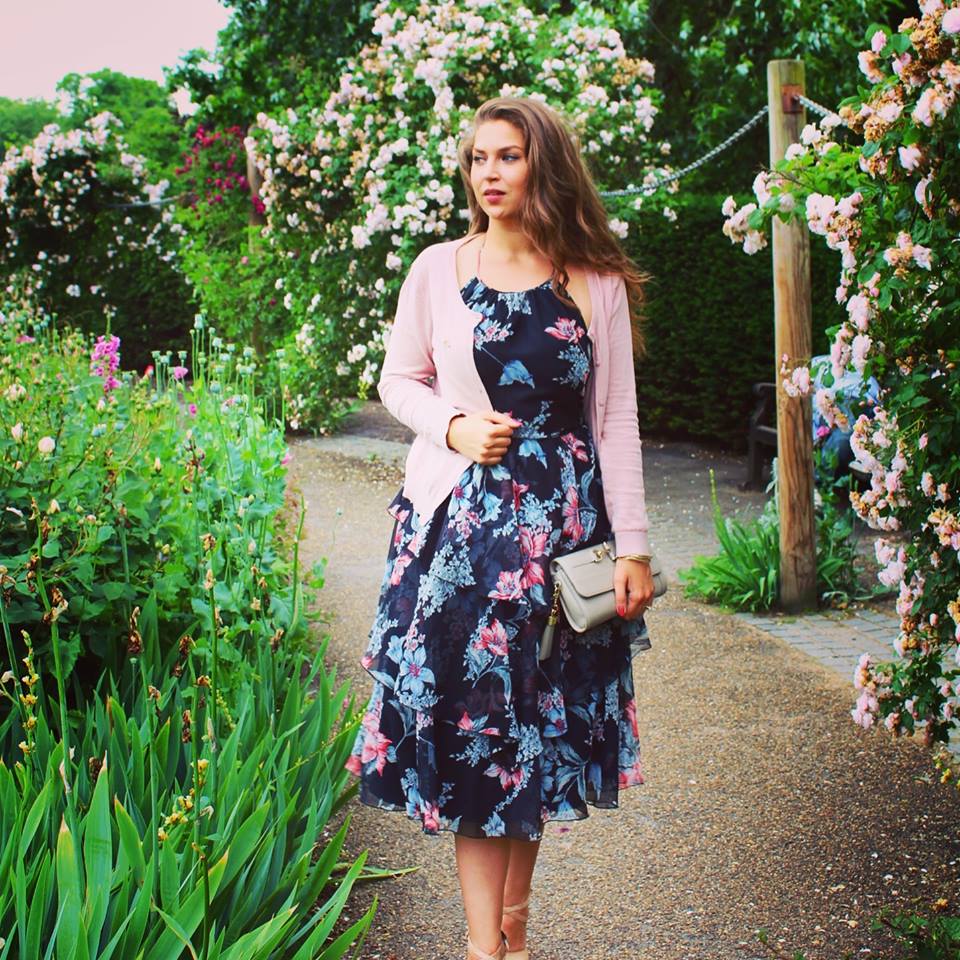 After having some inspiring conversations with a number of femmes, I decided to launch Hi Femme!, a partner project to dapperQ that will celebrate femme fashion in all of its forms. So, to answer the question below, we can now add Hi Femme! to the list of queer style resources for (and by) femmes. 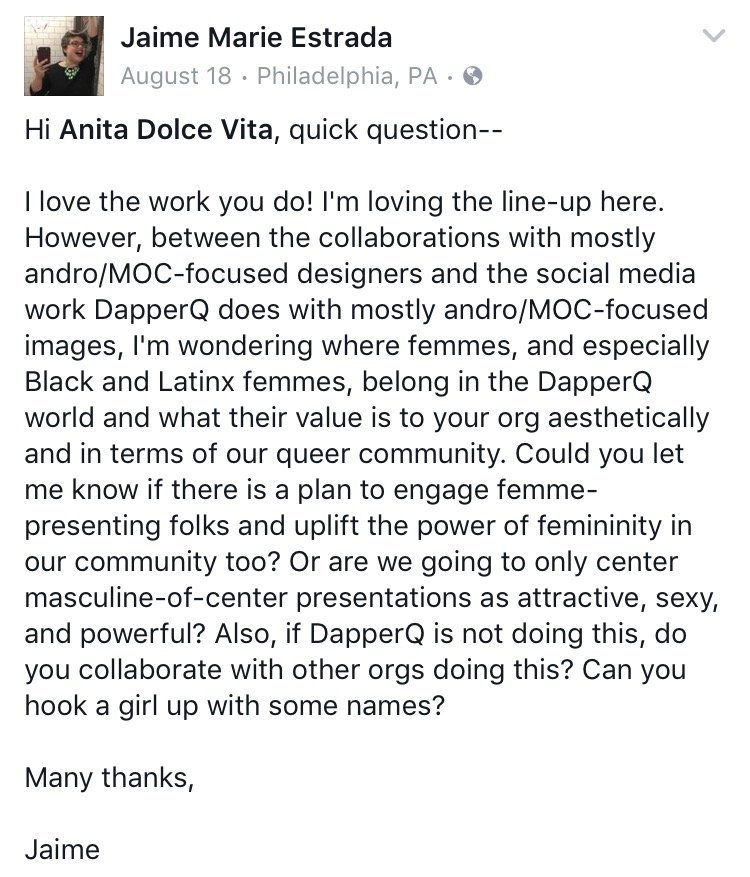 If you or someone you know is interested in being featured on dapperQ’s “Hi Femme!” project, e-mail us at [email protected]pperQ.com with “Hi Femme!” in the subject line. Also, follow Hi Femme! on Instagram at @hifemme