Turns out that one of my new favorite lesbian/queer wedding inspiration blogs, A Bicycle Built for Two, is run by Tracey Beal, a stunning 30-something Brooklyn wife who was married to Angela Beal last year. The couple generously shared with us a bit about their love story and some photos of their incredibly dapper ceremony:

The Love Story
Angela (in the suit) and I met at a dive bar in Brooklyn (Alligator Lounge… not a pretty site, but around the corner from the Metropolitan, a gay bar in East Williamsburg, BK) right around our 30th birthdays. From that night on, we hung out daily and I moved in with her three months later. Our many years of prior relationships gave us enough insight and experience to know what we wanted and we started discussing marriage. A little after a year after we first met, Angela asked me to marry her during a weekend away in the Hamptons. 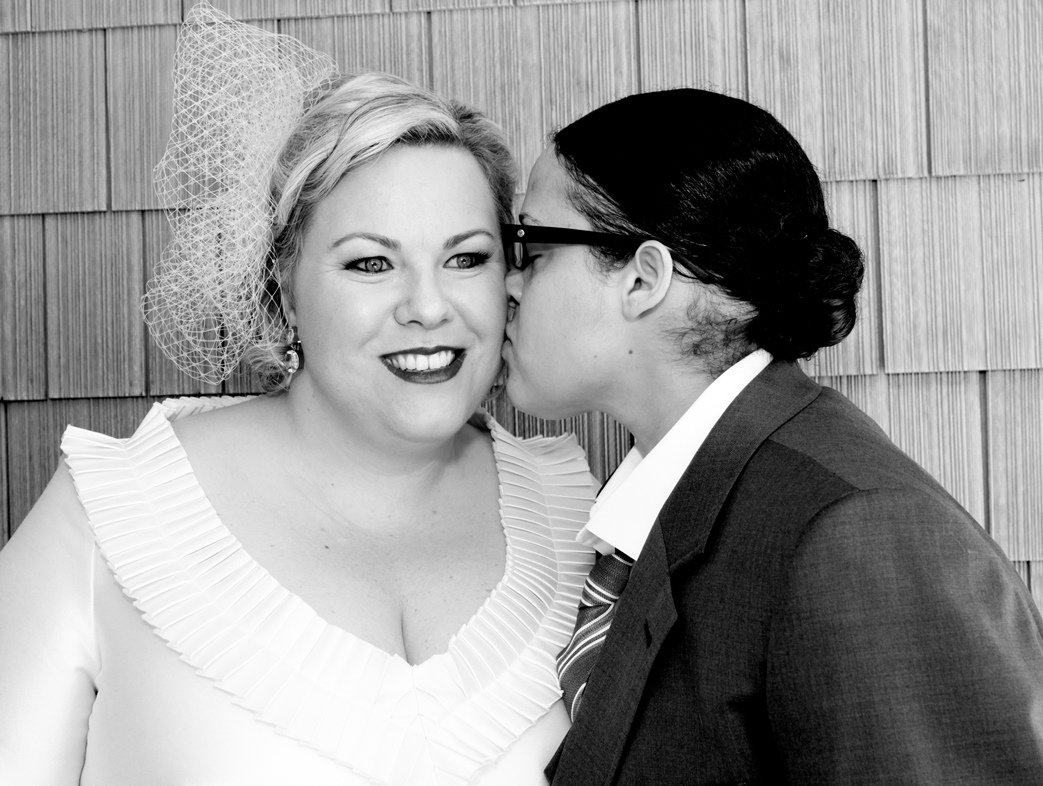 Tracey (left) and Angela (right)
With our friends’ and families’ support we began planning our wedding. I am from San Diego, Angela is from New York, and we live in Brooklyn. So, we thought it would be divine to have the wedding in San Diego so her family can see where I come from. We chose a sailboat as our venue because we both love the water and boating, and, although we are big fans of hardcore partying, we didn’t want our wedding to reflect that.

Two years after we first met, we were legally married in Connecticut in a ceremony only attended by us and our Justice of the Peace. After the civil ceremony, we went and got drunk at Alligator Lounge. Two and half years after we first met, we had what we consider our real wedding (4/16/2011 will be celebrated as our anniversary) in San Diego with 70 guests, good food, and an amazing vintage sounding jazz band.

And now the important part: the attire. Angela is seriously beautiful and has fairly classic style. It was always a given that she would be wearing a suit… a men’s suit. We were a little lost as to where to turn because we didn’t want to spend a huge amount of money and she didn’t want anything that didn’t properly fit. With your [dapperQ’s] help, we wound up at My Suit NY and were so lucky to be working with the woman that actually designs the various suit styles for the company. (They do custom fitting and options, but they have a few basic styles that they start with.) She was amazing. She knew which style/lengths/options would be most flattering on Angela and we knew what colors/embellishments, etc. we wanted. It was simple and quick and painless and affordable. 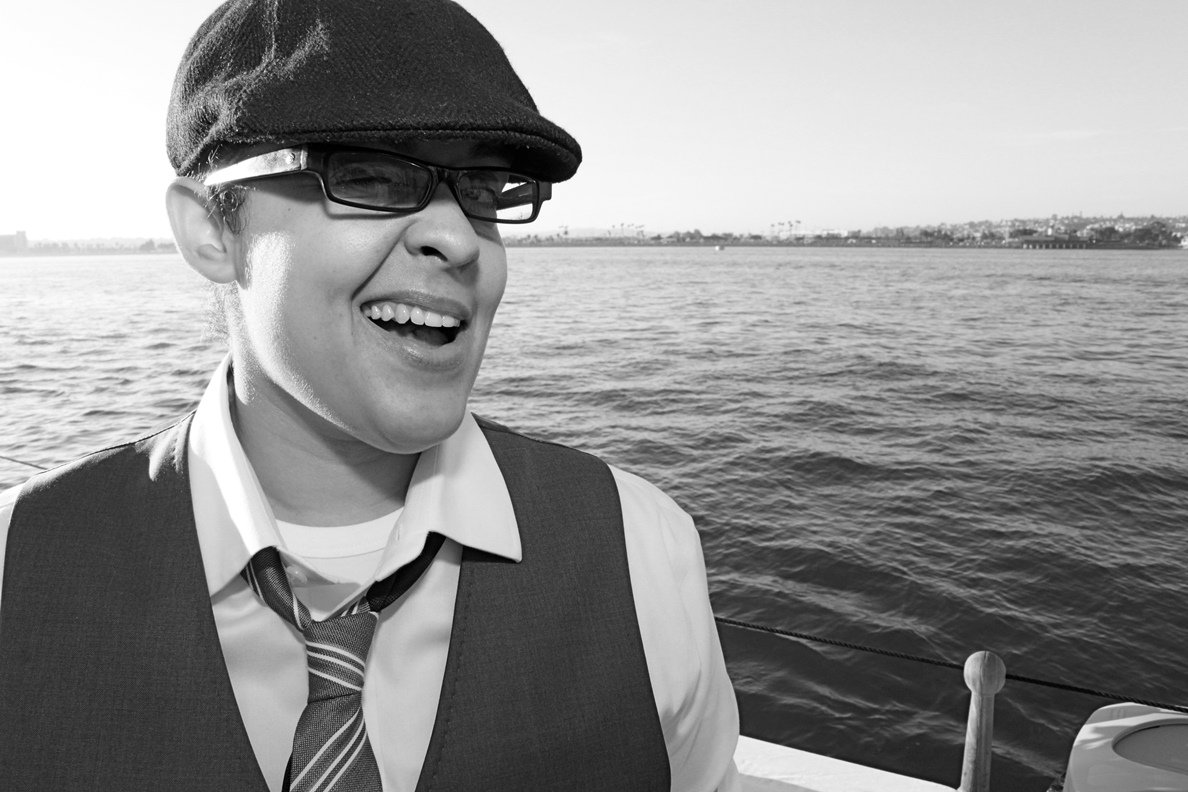 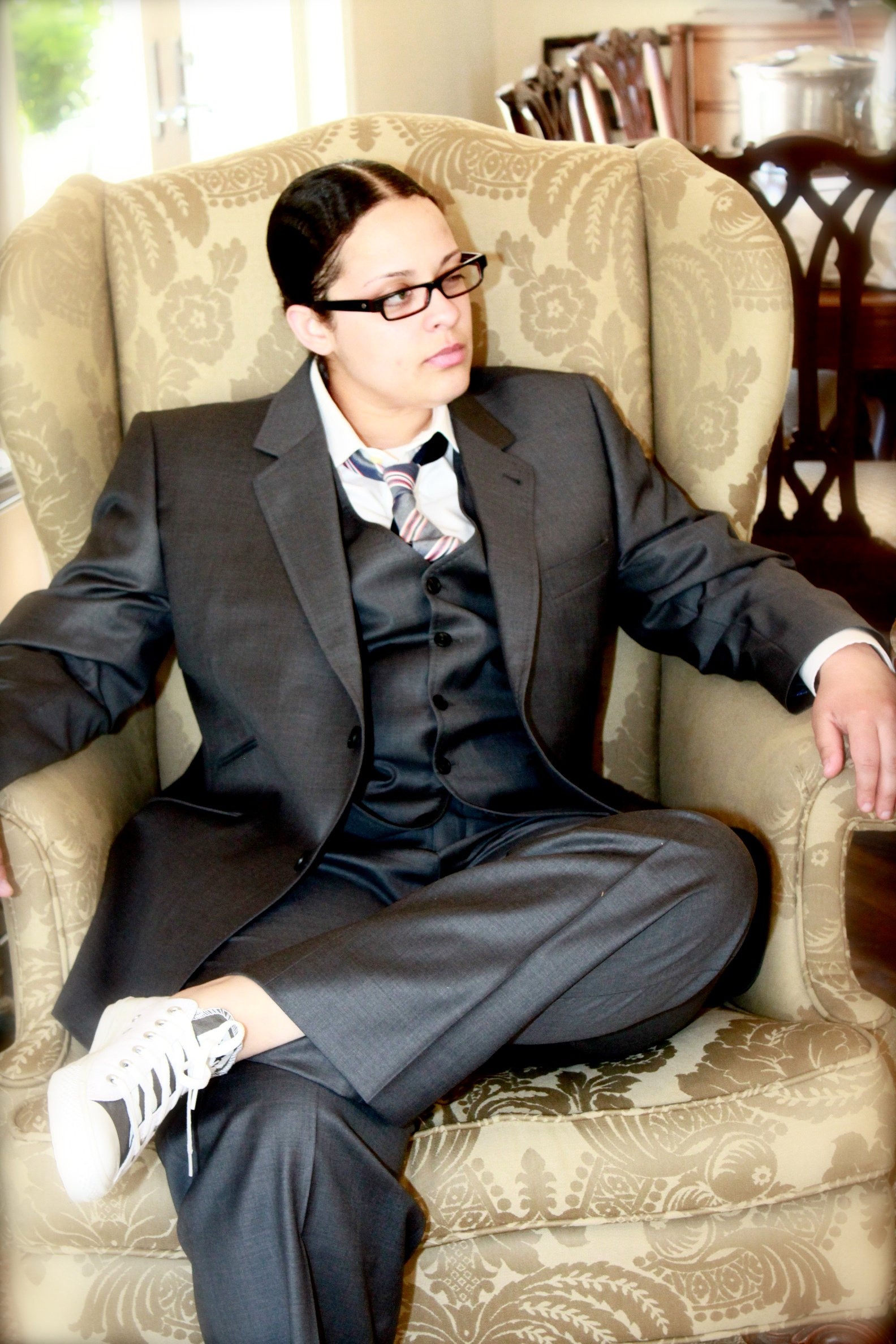 I also had my dress custom made by Simple Silhouettes in Soho. I wanted something with sleeves in silk for under $1k, and we achieved that. Our only wedding attire fail was finding a hat for Angela. She has a bit of a pin head (sorry love, but you know it’s true) and hats off the rack don’t fit her. We couldn’t find any companies that would make her a hat for under $400 in the style she wanted and in a spring fabric. (It was winter when we were looking.) She ended up wearing one of her favorite go-to St. Marks Place hats after the ceremony and still looked fantastic. 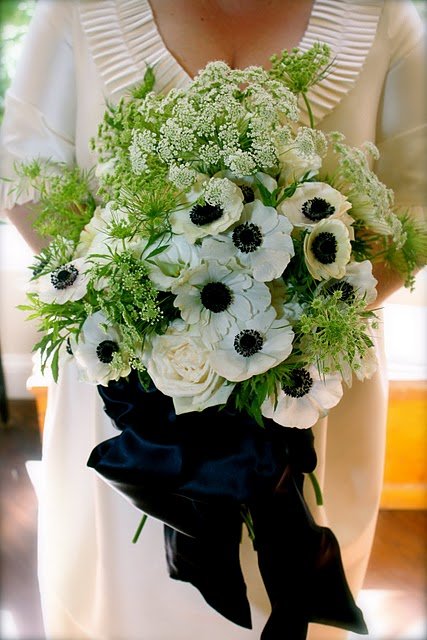 Additional pictures on our blog.