As a kid, my parents enrolled me in swimming lessons every summer, so much so that I was almost convinced they wanted me to grow up to be a fish. The summer before sixth grade I was even on the swim team, but I refused to compete because I was a rather leisurely swimmer and couldn’t do the butterfly to save my life. It was that summer I became self-conscious of my growing girl body and of my lack of coordination. 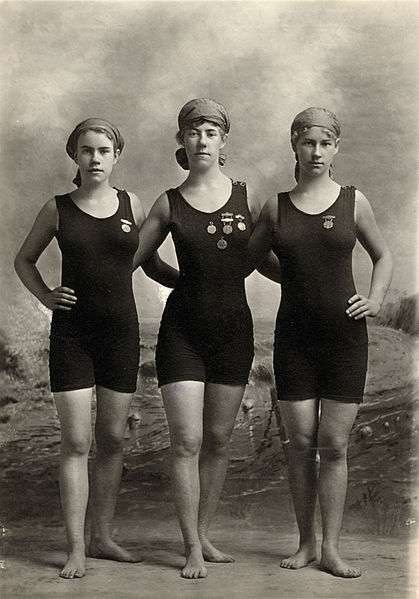 For years I refused to go anywhere near a swimsuit because I had internalized that someone my size didn’t belong in one. But last summer I called myself out on that nonsense, bought a suit, and went swimming a total of one time. I looked awesome in that suit, but it was one of those “tankini” things, floral, and really femme. It would have been perfect if I weren’t already in the process of questioning my gender identity, and if it didn’t have a name that quite frankly makes me queasy.

When swimming gear started appearing in stores again in February, I decided I wanted to swim all the time; I want that girl I was to know that swimming is for her too. So—it came down to needing a suit again, one that didn’t make me feel like a tropical plant, a pin-up girl, or someone’s beach acid trip. Apparently these requirements are exceedingly troublesome for the land of plus size swimwear. It took me less than an hour shopping online to discover I had unknowingly started climbing the face of a cliff, the tide was coming in, and—egads, I need water–friendly clothes stat! 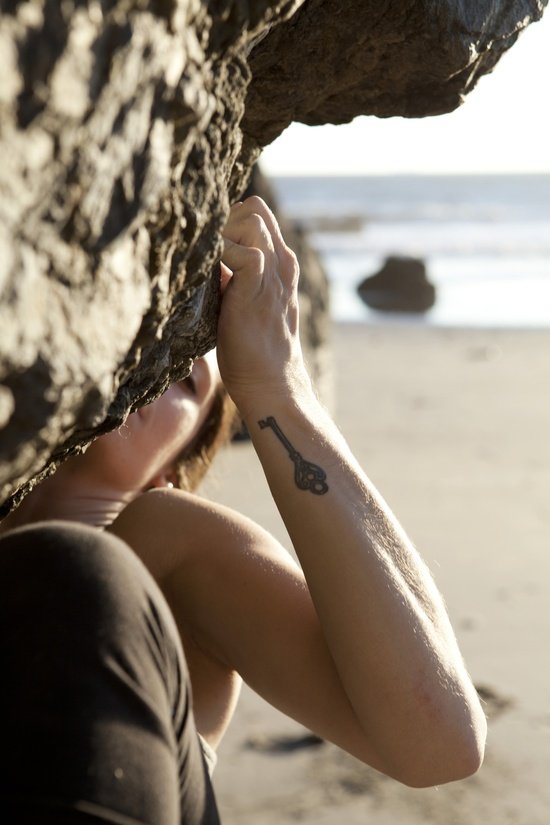 As I ran in Internet circles, there was an intense sense of urgency. I knew my desire to swim would disappear if I couldn’t find a suit that agreed with my gender expression, and the lack of choice was starting to threaten my new-found confidence. Eventually, I found a navy striped number with yellow trim that met my criterion, but it was the only one that did.

Once again, it comes down to the issue of access. As a dapper presenting, curvy-bodied person, I am being told that I am a contradiction, that I shouldn’t exist, that I shouldn’t do certain things because my body is considered unruly. If I insist on doing these forbidden things, shouldn’t I at lease be modest and considerate enough to conceal what other people might be uncomfortable with? I emphatically refuse to make myself invisible. Not everyone is going to find my body or me attractive, and that is true of any person and body. I don’t find everyone attractive either. However, aesthetic sensibilities and attraction don’t justify codifying bodies into good or bad, should or should not, deserving or undeserving. Bodies themselves don’t acquire meaning until we inscribe them with it, but the process is so instantaneous that we never get to feel like we have a blank slate. 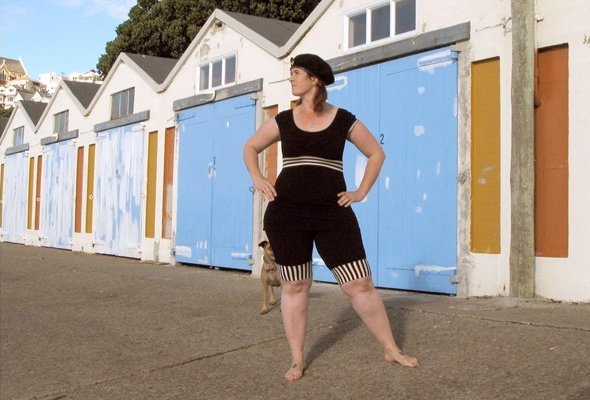 While we can’t completely erase what society inscribes on our bodies without our consent, we can write over those inscriptions, and we can work to reclaim the words as something that is ours and powerful.

Written By
Ren Wilding
More from Ren Wilding
My recent foray into the bra market has left me with jewel-toned,...
Read More