I wore eyeliner for the first time in eight months as an experiment, and my eyes felt like strangers. At first, the whole idea seemed like a goofy lark, but I quickly recognized my burgeoning discomfort as I started muting the dark brown lines with eye shadow. I wore it for the rest of the day because I was genuinely afraid I’d stopped wearing more noticeable eye-makeup out of a masculine obligation to dismiss markers of my earlier femme identification. I don’t want to reject femme because I feel it is expected of me as a now more masculine-identified person. I don’t want to reject femme at all, and it has taken three gender performance experiments to convince myself that to identify as something else is not a rejection or devaluing of an identity that used to fit. 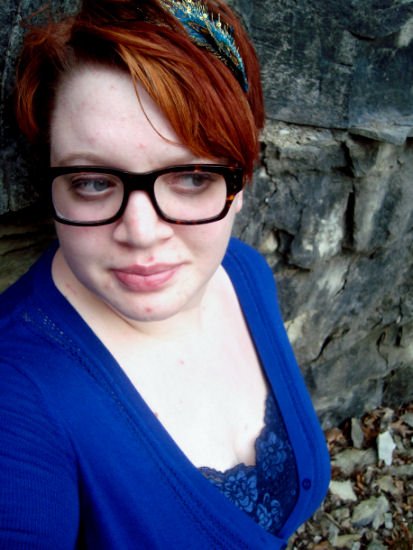 Here’s a femme photo throwback of me.

One of the other experiments was in the same vein as the make-up in terms of playing with femme performance—wearing a dress to work for the first time in six months. The other—not shaving—was more of a challenge to social expectations of female bodies. While I haven’t gotten rid of any of the dresses in my closet, I don’t see myself wearing them anytime soon. I like looking at them on the hanger, but the mere fact that they are dresses make them seem extravagant; and make me feel I am disappearing. Similarly, when I shaved, it seemed like I was trying to erase myself. So I stopped, and feel more present because I actually thought about what I wanted and not just what was expected of me. 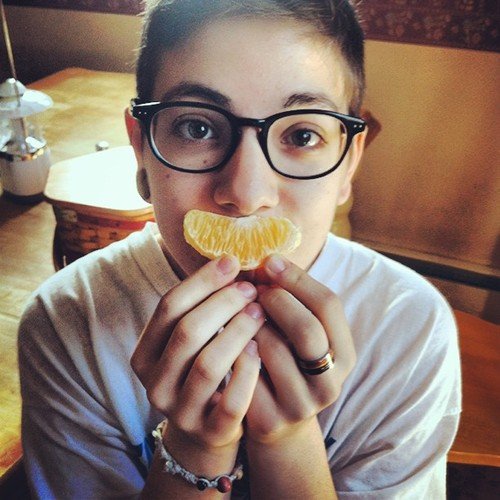 Femme is valuable and valid, and my changing sense of self will not suddenly deny femme a visible place in my world, even if I no longer express it so much on my own body. I think it is important to question the gendered elements of my presentation to identify what makes me happy versus what I might be doing because it is expected of me. I don’t know if I will want to start wearing dresses again some day, and so I may have to challenge myself with that and other experiments in the future. My gender isn’t in black and white, nor is it static, and I am happy that way.

Written By
Ren Wilding
More from Ren Wilding
*Feature image via fairejour.com Underwear is an apt term for those clothing...
Read More