You might know this line from Leslie Feinberg’s book Transliberation: “Gender is the poetry each of us makes out of the language we are taught.” I’m not sure what sort of relationship you have with poetry. (You’re probably not sure what poetry has to do with clothes.) To me, poetry and gender share a meaning in so far as they are both a blue mystery most of the time. Technically, I know what they are.  According to Feinberg, we’re all poets.  That might make you wonder what sort of poet you are. I’m guessing that not all gender expressions live in  known rhymes and rhythms or in syllables we come to expect or have learnt by heart. Even they are never quite what we think.  Poetry is strange and difficult and transformative and full of blank, empty space. As much silence as anything else.  You don’t have to know how to read or write to be a poet of gender.  You just have to worry about being heard.
Feminine masculinity is a peculiar term; an oxymoron, even. On a male body, feminine masculinity might be called effeminacy. Which is a calculated way of saying “femininity does not belong here.” 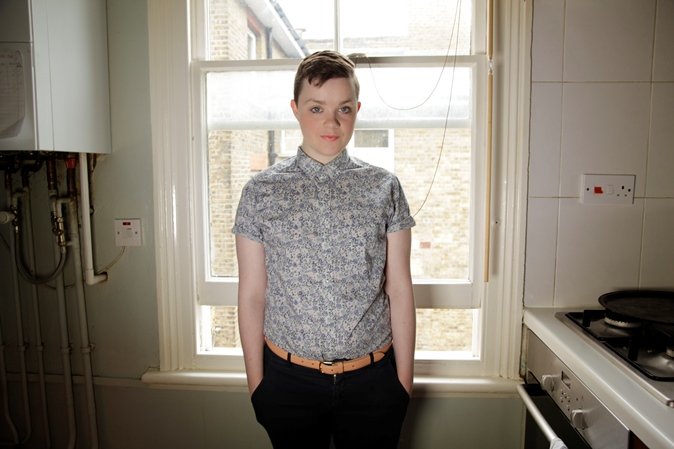 Femininity isn’t supposed to go with masculinity.  It’s dangerous and ridiculous; it weakens and undermines and cancels out. Feminine masculinity’s odds are stacked against it. In between two opposites, there is a bland and neutral middle.  And yet, a myriad of feminine-masculine beings style out their worldly existence in layers and tissues of two elements that aren’t opposites but different versions of the same thing.  We just don’t talk about it enough. So I’m talking about feminine masculinity as: a masculine root with a feminine declension; and/or a hybrid language in which there are distinctive feminine and masculine terms; and/or masculinity that is deliberately and beautifully and outrageously elided into femininity.  To be honest, though, there infinite intricacies that I could never hope to cover. 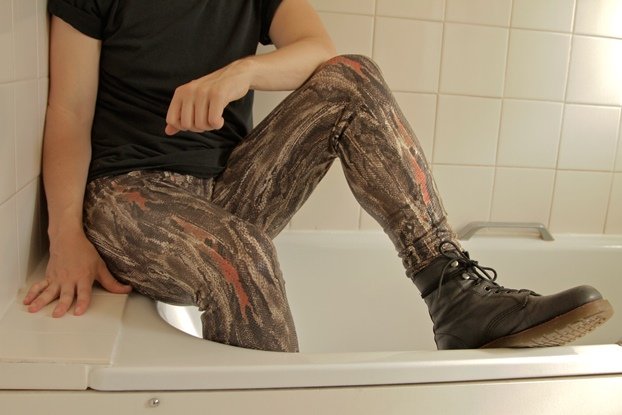 There is a certain freedom in silence.  No one has ever told me that I’m being a feminine man in the wrong way.  Sure, I get the impression that being a feminine man in the first place isn’t well regarded. However,  past that point, the options really open up.  I don’t quite mean that in the flamboyant, fabulous, besequinned sense that you might imagine.  I have femme friends whose style I admire greatly. But, hey, there are so many ways to fail at normative gender! I’m sort of shy and sort of quiet and I do ballet and bake biscuits and wear shirts in pastel colours and wear my grandmother’s rings.  I don’t look feminine in relation to a feminine woman – let’s make that clear.  My femininity isn’t naturalised on a female body. I am “effeminate,”  I guess – but I would never use that term.  Femininity means too much to me to be reflected through that word.  Even though I feel slightly ridiculous admitting it. 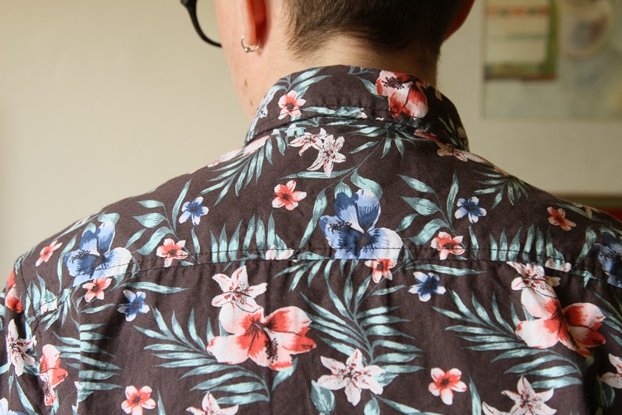 Perhaps I feel ridiculous because I can’t be certain that my femininity won’t be used against me in some way, to devalue my masculinity, over and against my claim to maleness. Moreover, to a white maleness.  My gender necessarily does not belong solely to me – gender is (in) our shared language.  Here’s my feeling: masculine people of all genders are afraid of being viewed as feminine, and not only because they are afraid of being viewed as women, though the spectre of womanhood haunts that fear.  I would like to say that there is someway to style femininity so that it signifies only strength or beauty or resilience.  There is no light without shade. Femininity also means vulnerability and risk and being viewed as less than in our world.  Desiring femininity for yourself as a masculine person is obscure.  Shameful, we’re led to think. You’re going to have to trust that out of shame and out of darkness and out of silence some extraordinary poetry will come to you. It will.

Written By
Test Shot
More from Test Shot
A few months ago The Test Shot, a project I run with...
Read More