From what I understand, there are a lot of women out there who think Temper3k9 is quite the babe. The Chicago rapper has been prolific since age 13, with several very sexy music videos, quite a few mixtapes, and a starring role in a webseries under her belt. Learn Temper’s secret recipes, including for tacos, “truth juice,” and simple clothing, in dapperQ’s exclusive interview.

dapperQ: My friend is from Chicago and he’s been trying to show me rap from the area, like videos from DGainz, of these big groups of guys hanging out drinking, like Chief Keef, King Louie…

Real artists like Tina B, J Period, Marvo, it’s so many I don’t want to leave nobody out and they’ll be mad. We gonna keep it short and sweet. Beazy, Juliani, Dom Kennedy, so many of them not getting the attention that they deserve.

dapperQ: So you’ve been around the scene a while. I  saw you were with a crew at like age 13?

Temper: It was kind of brought to me. There were a few guys that used to come around the area I grew up in just to battle me. I didn’t go out looking for it, it came to me. My brother worked with some of the people I was in the group with at the time, Level Ground. He knew I loved writing music and I didn’t have real experience as far as studio performing. So he pretty much introduced us and it went from there. 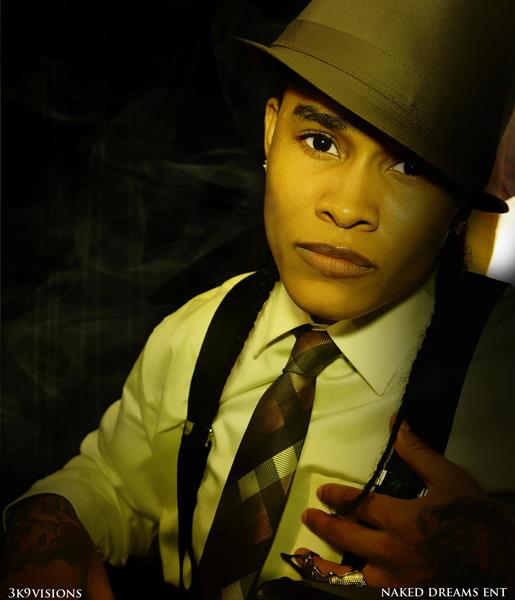 dapperQ: How have you grown as an artist since then?

Temper: Well, first, when I was younger I didn’t drink at all (laughs). So everything was more raw and that was how I was feeling. Now that I’m older and life took a toll on me a little, sometimes I have “truth juice” is what I call it. Coconut ciroc and lime juice. Gotta get Mr. Pure lime juice. And for some reason this makes truth come out of me. So it’s called the truth juice. I need alone time and space and truth juice and that’s my writing process. I like to listen to the track. It has to say something to me in order for me to start writing something to it.

I got to experience life a little bit more since then. The more things I experience, the more things I can write about. I got to witness certain things about how other people live their life. Surrounding myself with people that are from a different walk of life helps out my writing. I was kind of closed minded at that time, so there wasn’t a lot to write about at an early age, so getting out on my own and surrounding myself with different people.

dapperQ: Has it been paying off?

Temper: I get discouraged sometimes. I see a little payoff. Nothing I brag about, nothing to brag about right now. It gets discouraging ‘cause you can see how society is and the way people think.  How close-minded people are in general. It’s kind of hard to break those barriers but I’m still at it. I haven’t given up yet. Sometimes my head hangs low and then I’m back at it again the next day. So it’s temporary discouragement.

dapperQ: I like when you sing on Stolen Moments. Do you want to do more of the singer/rapper thing?

Temper: I play around with it. My parents know how to sing and I don’t know really, just how to use my voice and make magic in the studio with an engineer. But I don’t want to limit myself to just being a rapper. So the door is not closed when it comes to anything that’ll help me out as an artist.

dapperQ: I know place in Chicago is very important. Can you tell me about where in the city you’re from and what that means for your music?

Temper: What it means for my music is that I can bring in things from my experiences growing up that a lot of people can relate to. It brings a little reality to my music. I grew up on the south side of Chicago, which a lot of people refer to as the Wild Hundred, so it’s the hood. The struggle sometimes enhances my writing ability as an artist. There aren’t too many artists where I grew up. Just a lot of guys from the street that still do the same thing they were doing when I was younger. They still pretty much do the same thing, gang banging and drugs, nothing really changed over there. No artists, not from where I grew up or who I grew up around. 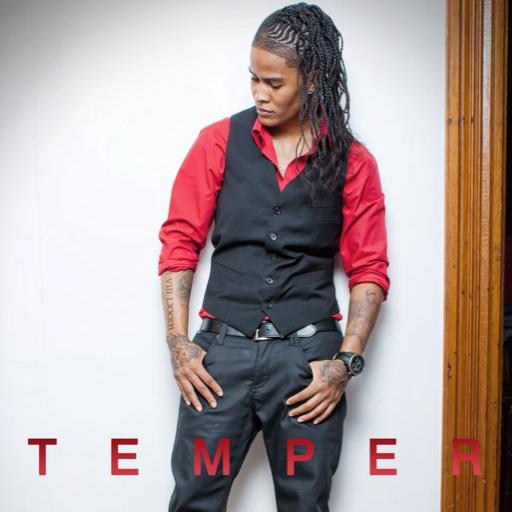 dapperQ: You shoot a lot of sex scenes in your music videos. Like I think I must’ve watched at least five different sex scenes involving you this morning. Is that awkward?

Temper: (laughs) I have a lot of fun on set shooting. Especially with truth juice in my system. I’m not uncomfortable at all. I mean, I write the music so I know what has to come behind it if I actually shoot a video for it. Unfortunately sex sells.

Temper: My highest, well the most sales that I get are from Stolen Moments and Buss Me Down. Those are my two top selling tracks that I’ve done. It’s crazy. I would love for them to get into my other stuff.

dapperQ: How’d you get involved in the If I Was Your Girl webseries? Were the producers of that just like, “Wow she’s really good at these sex scenes we should have her act in this!”

Temper: I never thought that I would do any acting. But when the director reached out for me, I had just finished the “Buss Me Down/Speedin N Da Rain” video, so I kinda just said, “Why not?” I don’t want to close any doors as an artist and that’s another avenue for my music. A lot of my music is featured in the videos. In fact, I think maybe all of my music is in the movie (laughs). It’s a way for people to get to know my music as an artist and get to see another side of me at the same time.

I wouldn’t mind doing more. Music is my passion and acting is not but I wouldn’t mind. I’ve got a few offers, but just the timing for me right now is kinda bad.

dapperQ: What would you define as your clothing style?

Temper: I’m pretty simple. I don’t put a lot of thought behind what I want to wear. At all. I really don’t. I had a few people hit me up in regards to becoming my stylist. Because I guess they do take notice that I am pretty simple. Maybe that’s not good as an artist, I don’t’ know, but it comes from how I grew up. I grew up with pretty much nothing. I wore whatever we could get. That humbled me a lot so I don’t put too much into it. In fact, I feel like I have to tone it down a little bit. I don’t like being extra pretty and stuff all the time. I like humor t-shirts though, that say funny things on them.

You know those how bathroom doors have those stick people symbols for boy and girl? I have a shirt that has them on it, in like a sex position and it has “me “ by it so it’s like “fuck me.” I think that’s the funniest one. And I wore a t-shirt to the airport once that had a pussy cat with a big old ding-a-ling on it that says “pussay patrol.” I had to put a jacket over it. I didn’t even notice it said that when I bought it. Those are my two funniest shirts.

dapperQ: Who are your fashion idols?

Temper: You know how Jay-Z is? His swag is ridiculous but he’s simple. You know how the people at the award shows they wear something crazy and then everybody’s talking about it? I don’t want to be in that field where I feel like I have to upkeep certain things as far as clothing. I want to throw on some jeans and a t-shirt and rock a snap back and Timbaland boots and be on about my day.

dapperQ: How do you see your clothes related to your music?

Temper: I never thought about that. I honestly don’t have an answer. You see how Trinindad James came out with that album All Gold Everything? And his style out there is like over the top to match it. I would say if the music was over the top then the fashion should be over the top. But my music is pretty straight to the point and so is my style of dress. 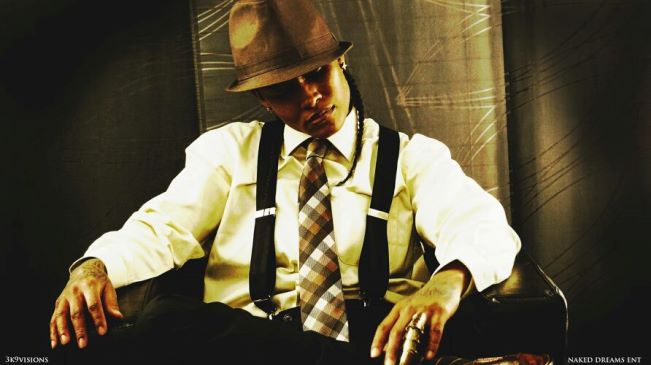 dapperQ: I saw this video where Studology 101 was asking about cutting  your hair. What do you think? Peer pressure getting to you? I personally like it.

Temper: Well actually a lot of people don’t want me to cut my hair. That was just Studology saying I should do it. But a lot of my supporters don’t want me to. They think it’s one of my strengths. As you can see, it’s a lot to maintain. I want that freedom where I can just jump in the swimming pool, I don’t even know how to swim because I have to worry about my hair. In the summertime here in Chicago my hair does not match up. It was wavy and curly the other day and the soon as I stepped outside.

I think it’d be going along with a lot of bad energy if I got rid of this hair.

dapperQ: Maybe it’s because you show it off in your videos but, you’ve got arms for miles. How do I get to the gun show?

Temper: (laughs) It’s all in what you eat. I take in a lot of whey protein, salmon, tilapia, chicken breast. I eat a lot of lean cut meats and work out. It’s 30% what you do in the gym and 70% what you eat. A lot of vegetables. You start off with what you’re capable of lifting and then three weeks later try to go up and add more pounds. And take in high proteins.

Temper: I haven’t been in the kitchen like that lately because of the diet that I’m on, and the time that I get home. I don’t like to eat after 8pm. So I do a lot of pepper shrimp alfredo. Steak tacos I like to make. Which is good because it’s a red meat. Guacamole. Red peppers, green peppers, red onions, and sour cream with a wheat tortilla. That’s just a couple.

dapperQ: What’s the next music project?

Temper: I have a project that just dropped July 5th called Fuck Yo Mixtape. It’s kind of out there. I really didn’t care what anybody thought on this project. I just did it for my listening pleasure. It is a lot of sexual tracks. I got a song called Misbehavin featuring an artist called Jennifer. It’s dope. That’s going to be my next video. And I also just shot this video for Best Revenge that dropped in June.