One in a series of articles covering masculine-of-center street fashion seen in and around Austin, TX.

Ah, summer in Texas. 100-degree days, every day. It is hot as hell, y’all. Especially when you’re surrounded by all these hotties. 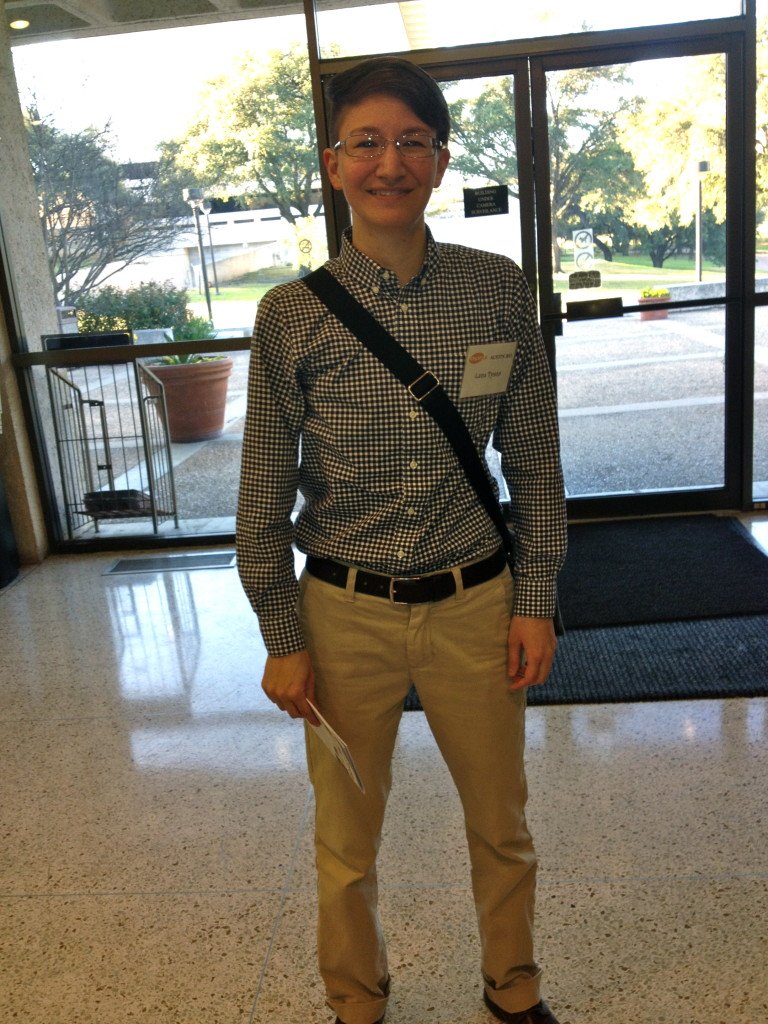 The International Association for the Study of Popular Music-US Branch  has strong roots in and connections to the University of Texas at Austin, Butler School of Music (ethno)musicology department. I was lucky enough to be a volunteer at their 2013 conference. When the first person I ran into during registration looked THIS SWAG, I knew it was gonna be a good weekend. Lee grew up in Anchorage, Alaska, recently received a Masters in Ethnomusicology at UT Austin, and is now headed to Cornell to pursue their PhD. Lee says: “Academic settings are often fraught with heteronormativity, in addition to a host of other troubling power dynamics and massive inequalities; so for me, performing transmasculinity through fashion is not just about performing identity, but also about queering academic spaces.” 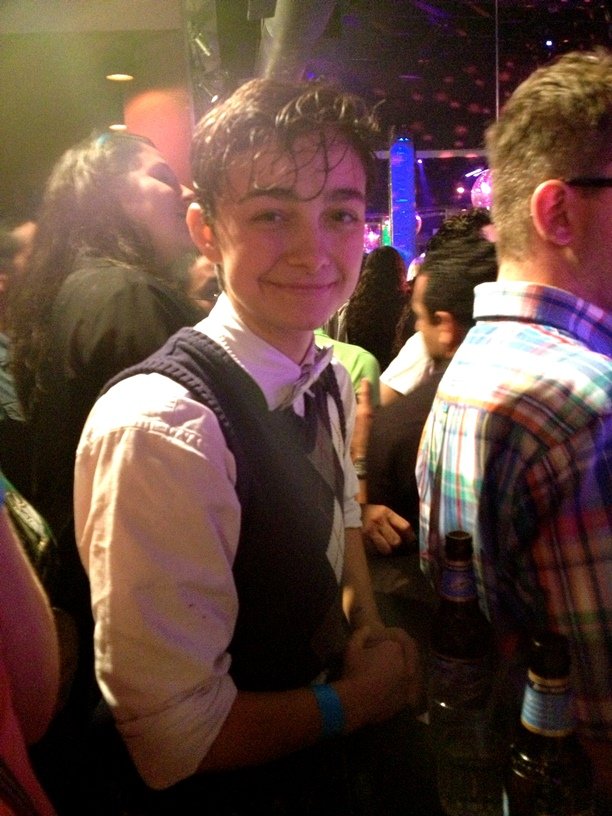 Downtown 4th street is the unofficial gay boy party block of Austin. One of the flagship bars of this district is Oilcan Harry’s, known for its steamy dance parties and fierce drag shows. I met PJ at a special drag night they were having featuring RuPaul’s Drag Race winner Jinkx Monsoon. PJ’s outfit is all thrifted, including her silver bowtie, mustache belt buckle (unfortunately not pictured), and Catholic Schoolboy shirt (with a crest!). PJ occasionally goes by the drag name Lucky C. Lover. 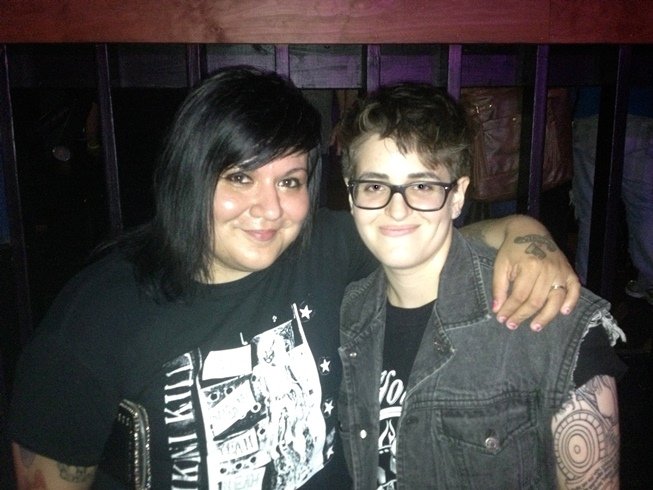 It’s no secret that San Antonio icons Girl in a Coma are good friends with Conjunto-Tex-Mex-punk-rockers Piñata Protest. But I didn’t expect to see one of the Coma Girls at Protest’s El Valiente CD release show! I got a hug from drummer Phanie and a dapper photo. 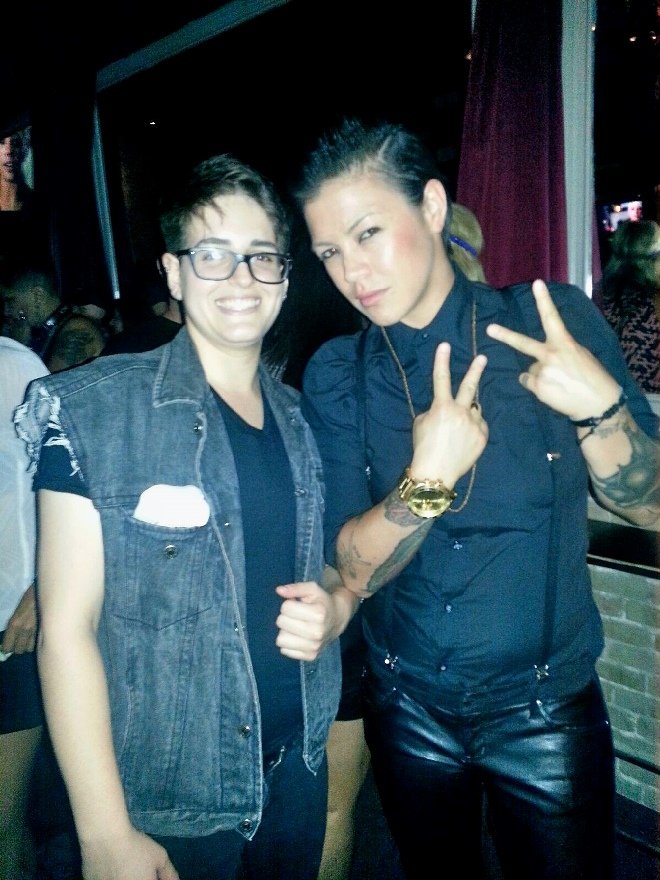 The Real L Word star and Hunter Valentine frontman Kiyomi McCloskey is an “old friend” of mine at this point, after our dapperQ fashion interview last year. So when Kiyomi and girlfriend Lauren Russell were the party’s VIP guests, of course I had to say hello.

Written By
Joelle Zigman
More from Joelle Zigman
This is the first in a series of articles covering masculine-of-center street fashion...
Read More