THE 3 BITS is a new queer web series generating lots of buzz, with the first episodes already receiving ink in Buzzfeed, the Huffington Post, the Advocate, Curve, Towleroad, Newnownext, Indiewire, Bedford & Bowery, and the IFP. It’s already been hailed as Quentin Tarantino meets “The L-Word.”

In addition to acting in the show, Brooklyn-based photographer and filmmaker Margaret Singer (aka, Mars) also co-writes and co-directs the show with friend Max Freeman. We sat down with Mars to talk about 3 BITS, her character Roman’s unique dapper aesthetic, and Mars’ own personal off-camera style. 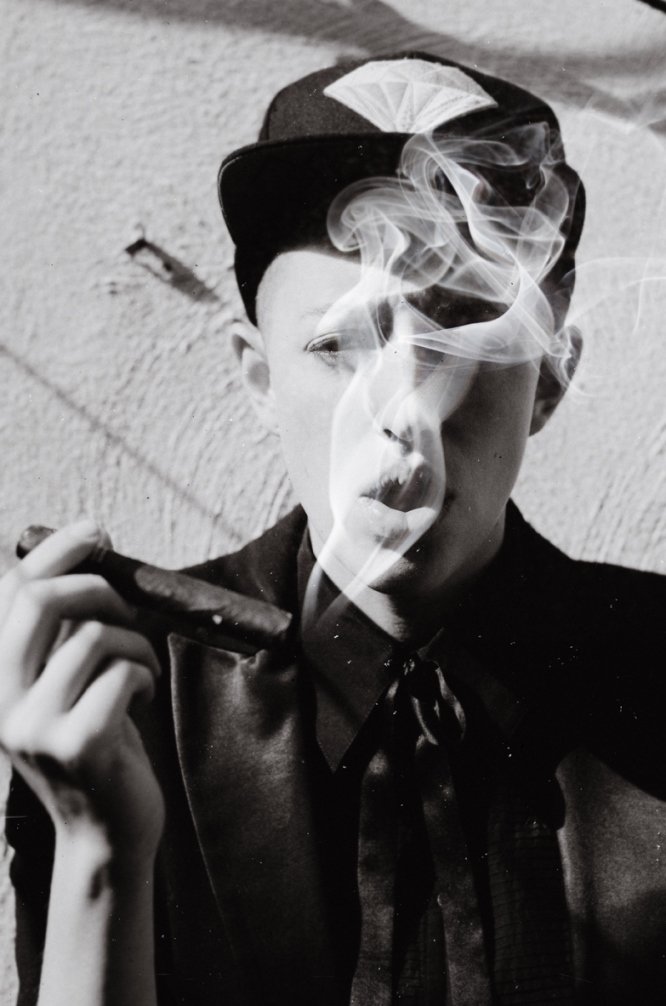 dapperQ: Tell our readers a bit more about THE 3 BITS.

The show is entirely independent. We make it with the help of a talented cast and crew, many of whom are donating their time and talents or working on the cheap because they love the project. [You can donate to their Kickstarter here]

dapperQ: Roman rocks some amazing style on the series. How would you describe Roman’s style aesthetic?

Mars: When thinking about Roman’s style, we wanted to recall the style of gangsters and mafiosi in the movies — but we wanted it to feel current and queer. So it’s dark, and it’s expensive, and it’s a little flashy. All the women in Roman’s former crew dress almost exclusively in black and white — we wanted them to have a distinct style that A) looks fantastic and B) helps the viewer mentally associate them. It’s also an homage to The Warriors, with its various gangs and their uniforms.

dapperQ: Has it been a journey defining your own personal, off-camera style?

Mars: I’ve definitely seen a dramatic change in the way I dress in the 10 years since I came out. I know some people who feel really comfortable in women’s clothing and men’s clothing and everything in between, and I kind of admire that — I wish it matter less to me than it does. But for myself, I avoid really “feminine” looks but I’m also not (I think) super-butch. I like to think my style is pretty close to gay man. I shaved my head a few years ago, which I think makes some people think I’m much more butch than I am. I think the cut is elegant and spare — I think some people read it as extreme or radical or punk, but to me it’s really not any of those things. 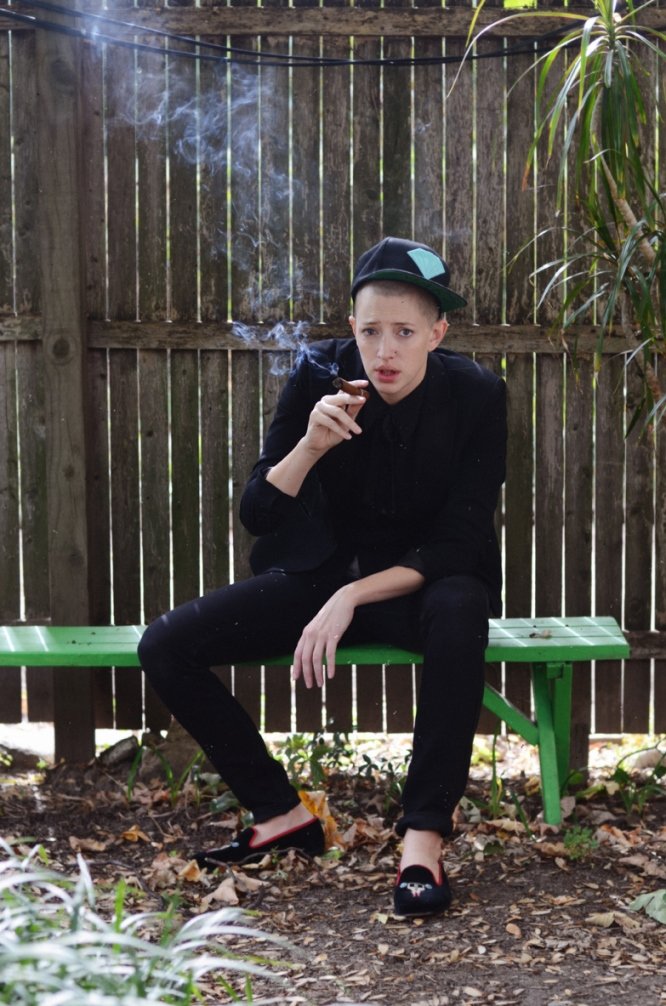 dapperQ: Have you experienced any challenges when it comes to dressing dapper queer?

Mars: I don’t really think that I have. Maybe it helps that I don’t have an office job, so I don’t often bump into ignorance every day. My colleagues and clients and friends are generally into the way I dress. I can’t remember the last time someone said something nasty about my style.

There’s two more days to support THE 3 BITS Kickstarter campaign. Support media that represents you by donating here. Follow THE 3 BITS on Facebook and Youtube too!