Fashion and music have a longstanding, mutually influential relationship. Some of the most notorious fashion icons are musicians. With the biggest international DJ talents descending upon New York City for Pride 2014, we thought we’d give a special nod to the dapper DJs of Pride in series of music/style interviews with some of these world renowned artists. First up is DJ Sveta, an Australian-based DJ who is flying all the way to NYC to spin at WHITNEY DAY Presents: ** THE PARTY ** @ MARQUEE NIGHTCLUB, the GRAND FINALE Event for NYC PRIDE 2014! Sunday, June 29th from 5PM-2AM (RSVP here).

dapperQ: Tell our readers a bit about yourself.

DJ Sveta: I was born in Odessa in the Ukraine and migrated to Sydney, Australia with my family in the ‘80’s. I have always been obsessed with music and used to work three part time jobs as a teen to feed my record collection. I was a big collector of David Bowie and Boy George records amongst many others. It’s no surprise to me now about how I turned out.

For almost two decades, I have been DJing at Sydney’s fiercest club nights right through to the underground parties that line New York City’s sub-cultures and beyond. I’m best known for my appearances at Sydney’s famous Sydney Mardi Gras pride party.

I also work as a Producer & have remixed tracks for The Carry Nation, Amanda Palmer, Romy, Up Yours (Horse Meat Disco), Johnny Dynell and the Scissor Sisters.

In my other role as a Music Director, I have programmed many special events including Chanel dinners and put together runway music for multiple designers at MBFWA (Australian Fashion Week). This year, I was also the resident DJ for MBFWA.

DJ Sveta: I started DJing on a community radio when I was 17 years old while I was studying for my Degree in Mass Communications. I was in the midst of discovering the early wave of house music, warehouse parties and the scene that went with it (all the love and hugs) and I was hosting the Friday morning breakfast program. I decided that, as the program was on a Friday, I was keen to play the music that I heard out at the parties – dance music, in the early hours of 6am-9am. Dance music was never played anywhere other than in the evening shifts at that time and the station freaked out. They tried to stop me….until they did a subscription drive and my show got considerably higher donations than any of the other breakfasts. So they ended up changing the whole music policy for breakfast’s to include dance music.

DJ Sveta: I didn’t set out to become a DJ so I feel that most of my work found me. I started DJing professionally in clubs in 1996 because I kept getting offers through my DJ work on the radio. After a year of working full time in clubs, I finally decided to learn how to beat mix as I literally woke up one day and realised that I accidentally became a DJ. I started doing Australia wide events by 1998 as started touring internationally then too. I evolved gradually into music production & programming.

dapperQ: How would you describe your current musical style?
This is a tough one as I am a music lover. I can tell you more easily what I don’t play. I’d rather play country music than Trance. I absolutely love New York style ‘Vogue’ house music and have done so since 1992. I have no idea where the obsession came from but I guess that I related to it by being an outsider in my own country and being from a background that was disliked (arriving in Australia as a refugee during the Cold War) and I loved the fierceness of the queens singing/talking on the tracks. I wanted to feel that empowered and fabulous too. I mix many styles together to form a journey including House, tribal, electronic, nudisco etc. 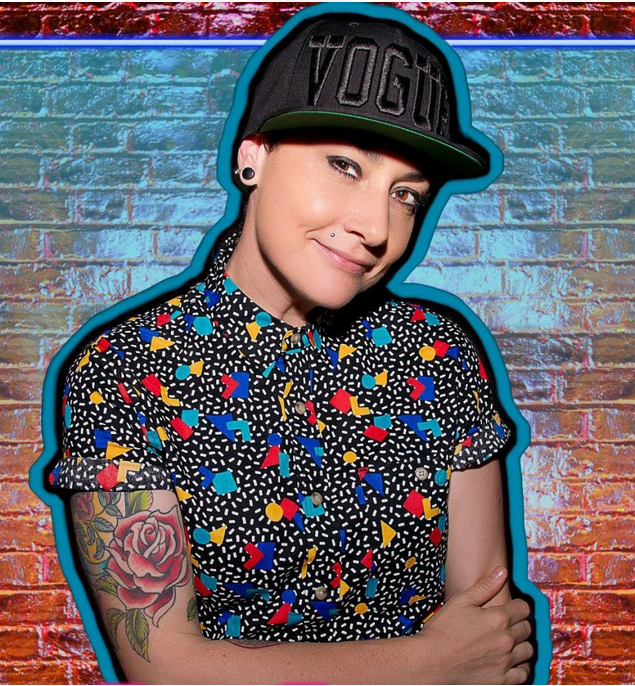 DJ Sveta: This is a big issue in DJing. I never plan my sets, do all my own mixing, and always try to read the crowd and play spontaneously with music that I like. Crowds are getting more and more exposed to commercial music and the younger crowds did not grow up listening to legendary DJ’s who took them on a journey. They like to hear 100 familiar songs mixed in quickly like one giant mash up. To survive in the industry in the long term these days, you have to be prepared to compromise to an extent. I try to find some commercial songs that I actually like and find tolerable remixes of them so that I can still live with myself. Part of your job is also the art of reading a crowd and if you clear it, you have done a bad job, so I think about my role holistically. You can always sneak better tracks into sets if everyone is having a great time.

DJ Sveta: While I personally appreciate how music and style go together, my own personal style has rarely reflected that of my icons, primarily as I was shy and my body shape tended to change dramatically from large to small at different times of my life. I was more influenced by the fact that artists and musicians had more of a license to express themselves through fashion and break through what was acceptable in the mainstream. Bowie and Boy George were my biggest influences in that way. There have been moments in my career when the two things meshed together. I was heavily involved with the fetish scene when I had a lover who was a mistress for three years. I played at all the leather/play parties and my look was very fetish influenced and my sound was primarily tribal, rhythmic and sexual. 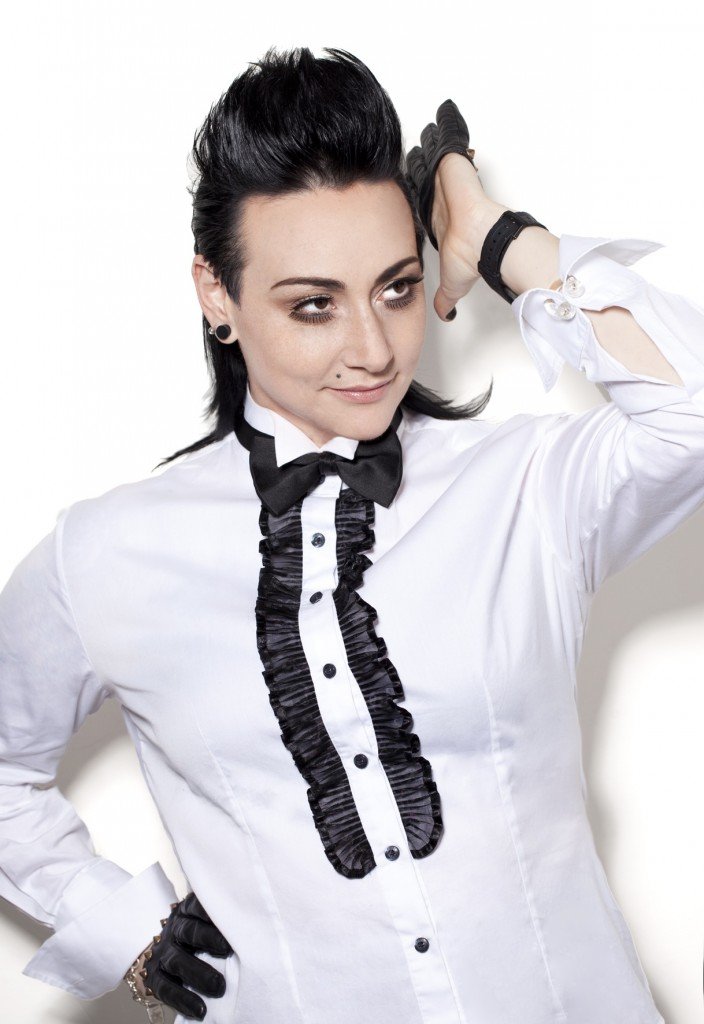 dapperQ: Has your personal fashion evolved over the years?

DJ Sveta: My style continually evolves and I really indulge in the looks, especially having the freedom to wear clothes in my work that many people can’t get away with in more conservative jobs. I had a long period of dressing in a 50’s boys rockabilly style. I evolved into the fetish scene and then into the modern club culture style that was around in 2003 – skinny jeans, colourful tops, hoodies etc. About four years ago, I was telling my partner at the time about how it was a bit confusing for me. I generally dressed in men’s clothing but I didn’t easily feel that I was either masculine or feminine. Sometimes I felt like I was both or neither of those categories and that I didn’t really like being categorized. She called me a Dandy and a bunch of my mates and I started ‘The Dandy Collective’ as subtle and satirical non-political political group as a reaction to all the categorisation that we saw going around us in the queer community. We stated that we only cared about style and not politics and dressed up in dandy gear all the time. We once stated as a joke that we wanted to hold a fundraiser so that we could buy ourselves beautiful tailor made suits. It kind of backfired on us after a while as people took us seriously and it got political. There was outrage over the idea that we would raise funds for our outfits. That was pretty funny. The upshot was that a lot of other girls started dressing like dandies too. I still like to dress as a dandy from time to time but I’m feeling another evolution coming on and I’m not quite sure where it’s going to take me. I also love wearing baseball hat and hi-tops.

DJ Sveta: Keith Haring is my biggest influence. His art makes me happy so I tend to wear a lot of pieces with his art on it. I love Club Kids, Marlene Dietrich, Greta Garbo, Vivienne Westwood and all those elderly fashionistas that aren’t sacred to dress as individuals.

DJ Sveta: I’m going to be super boring and say my black jeans. I’ve had to have them repaired over the holes three times. They’re like an old friend that I can trust.

DJ Sveta: Hopefully a good time! I absolutely love the US and especially New York and San Francisco and I look forward to my yearly visits all year so I always put in 100%.