It’s New York Fashion Week (NYFW), so we hope to see you representing queer style HARD. We will be giving away one free raffle ticket until 11pm to those dressed in dapper attire (feminine, masculine, and anywhere in between or outside of!).

Raffle tickets will be drawn at random for the following prizes:

► The first three raffle ticket winners announced will receive one Founders shirt by dotBK (worth $68 each).

► The fourth raffle ticket winner announced will receive a gift bag with one Founders shirt by dotBK (worth $68) and one pair of Tani USA limited edition air fitness boxer briefs (worth $45).

► The fifth raffle ticket winner announced will receive a gift bag with onePeau De Loup shirt (worth $78), a Founders shirt by dotBk (worth $68), and one Hook & Furl lapel pin (worth $45 and up: http://hookandfurl.com/)

All of the clothing you’ve suggested to wear to your NYFW seems pretty hot for dancing. Do you have some examples of how to look dapper in the club?

Good question, because I do not know too many people who are down to wear a suit and tie to a nightclub! Here are some examples of  dapper attire that you can comfortably break a sweat in that we found on the web: 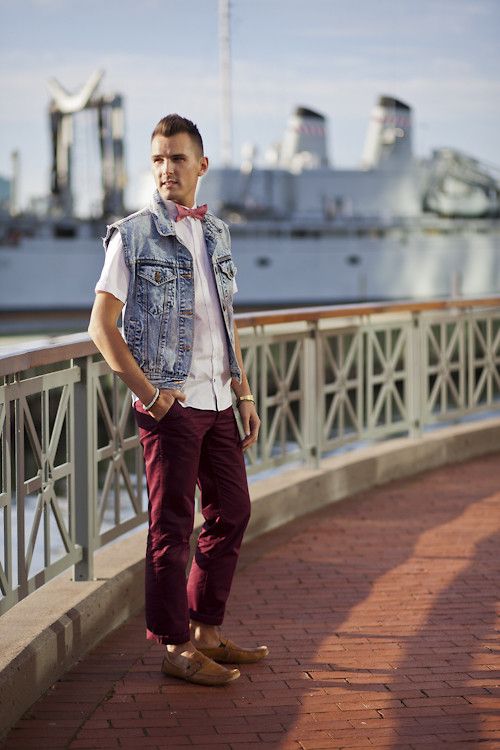 Ditch the tweed sport coat and go with a short-sleeve button down layered under a jean vest. You can keep the vest on, or ditch it later, depending on how hot it gets in the club. Light weight chinos are paired with loafers sans socks to create a more breathable ensemble. Image via Lookbook. 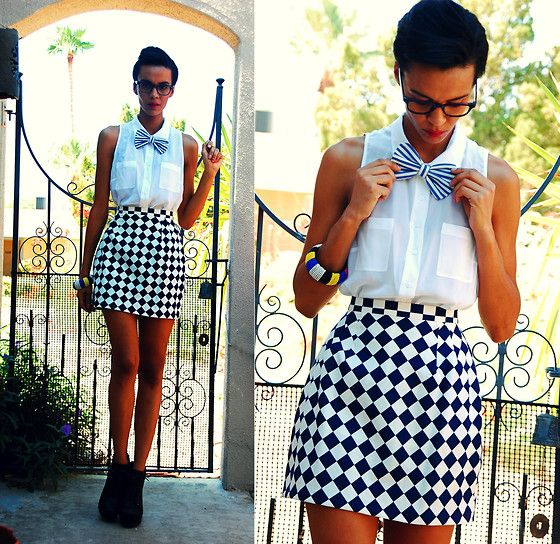 This outfit is perfect for a hot dance floor. It’s simple: a white-sleeveless button-down with a skirt. But, the graphics on the bow-tie, skirt, and bracelet power clash to give the outfit a complex, dapper femme look.  Image via Lookbook. 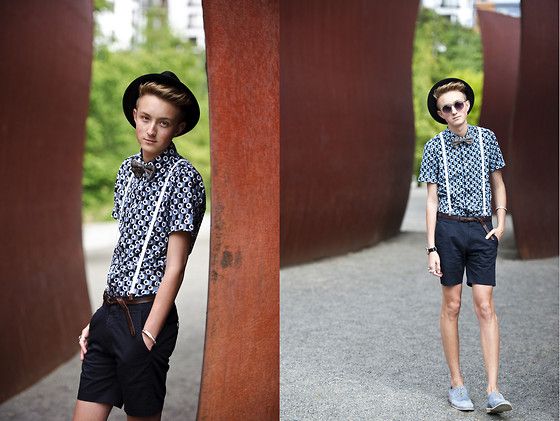 Pair shorts with a short-sleeve button down and let your dapper accessories do the talking. Bow-tie, hat, and suspenders make this outfit dandy, yet lightweight enough for a sweltering nightclub. Play with patterns to create a look that is a cut above the rest. Now, let’s take a look at three more examples of how to use the bow-tie/suspenders combo: Two simple accessories that speak volumes. Image via Lookbook. 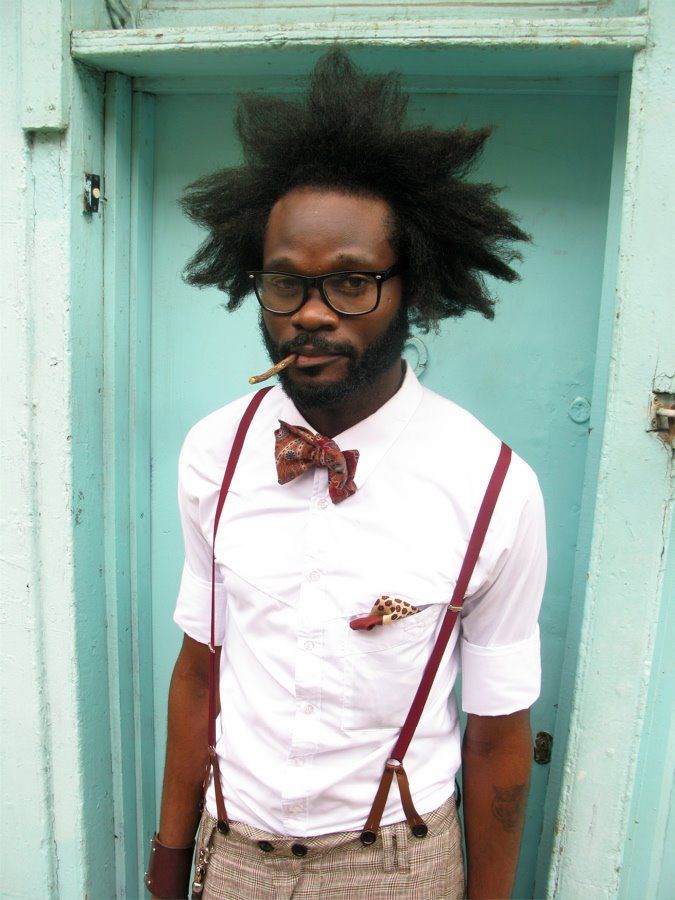 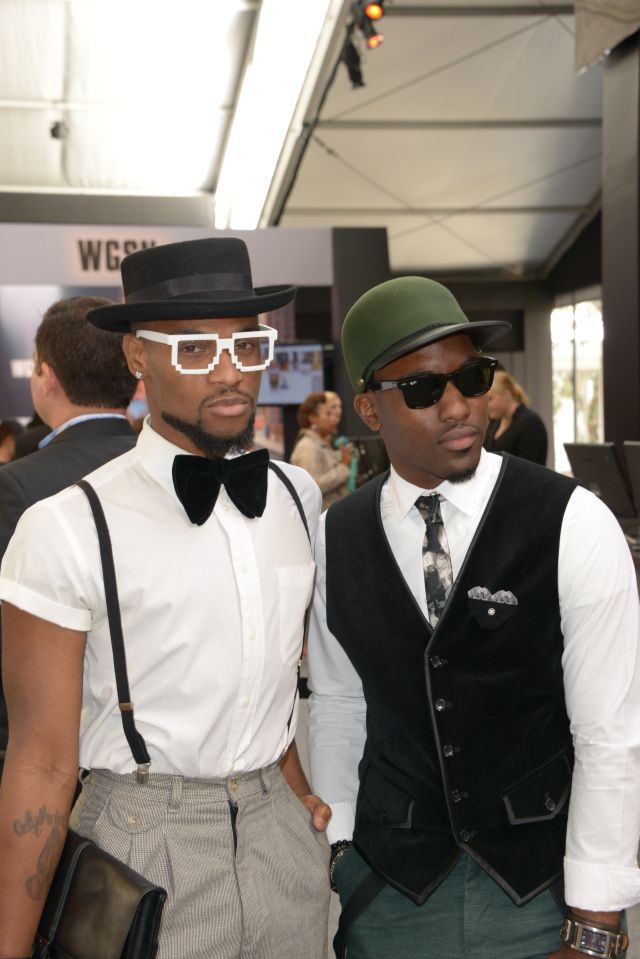 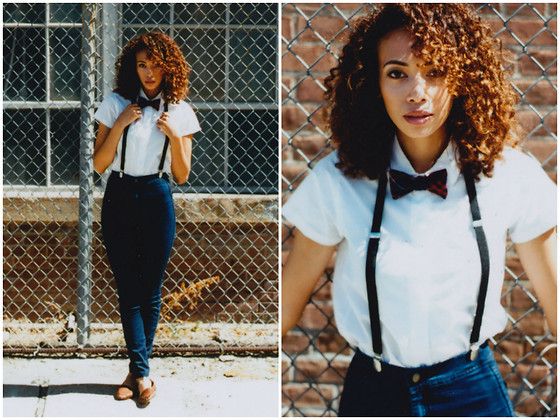 Dapper femmes are on that bow-tie/suspender combo too! Image via Lookbook. 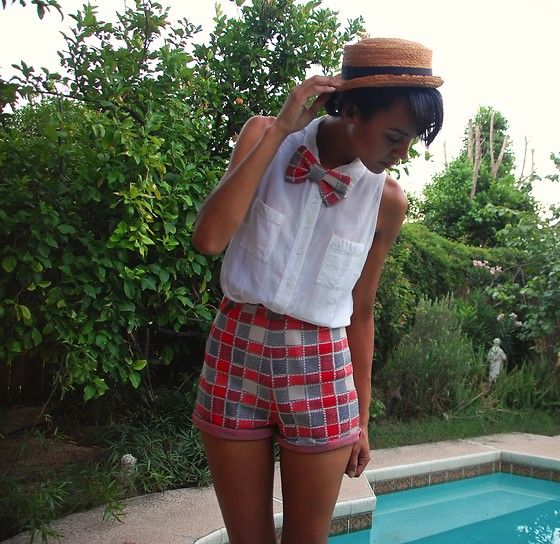 Short shorts are all the rage right now this summer, and they are a great alternative to the mini-skirt for a night out dancing. Here, instead of power clashing, the matching patterns make this outfit effortlessly dapper chic. Image via Lookbook. 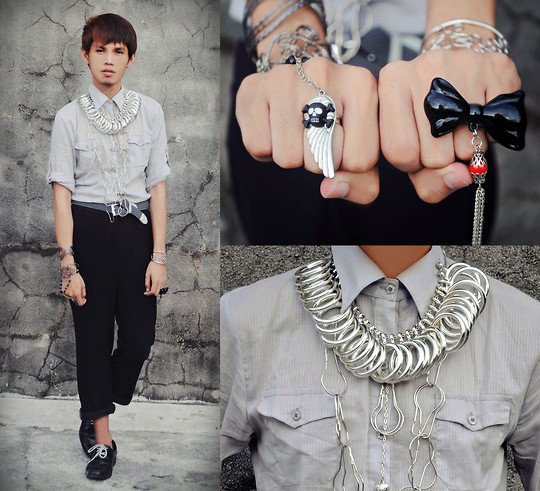 You can still go dapper even if your style is more street goth/punk. It’s all in the accessories. Image via Lookbook. 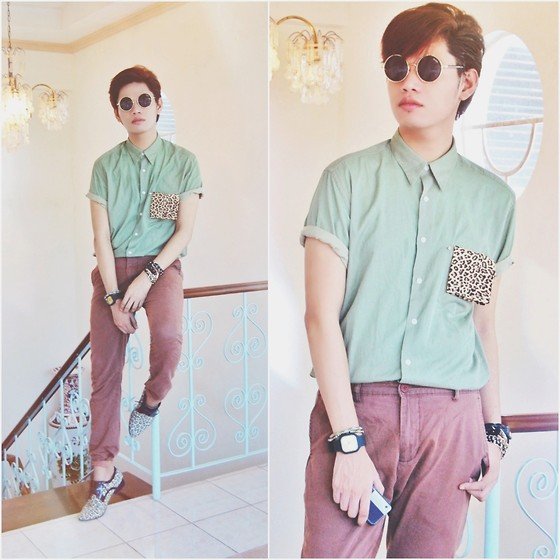 Finally, if you are just not the suspenders rocking, tie wearing type, go with a statement shirt, bold colors, and some dapper shoes. Here, modern leopard print oxfords match the contrast pocket on the button-down, adding some fun details to an otherwise safe pastel pallet. Image via Lookbook. 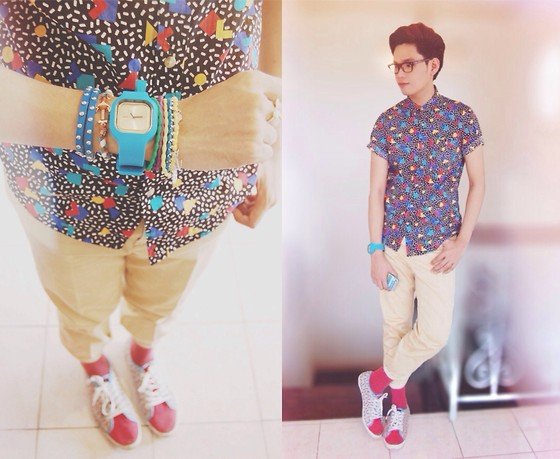 Again, another example of playing with graphics and patterns, this time to evoke a retro 80s feel. Image via Lookbook. 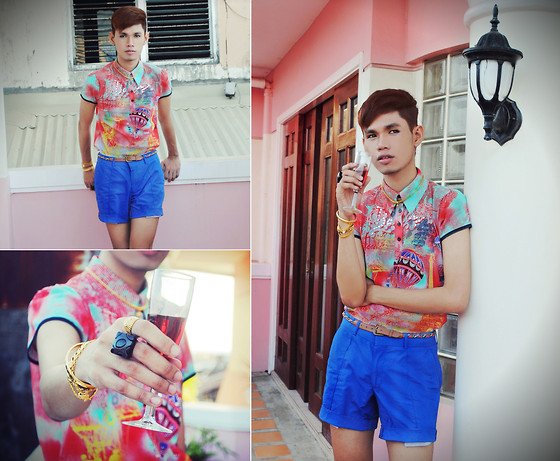 The shirt takes this outfit into the stratosphere…and of course, top button fastened! Image via Lookbook. 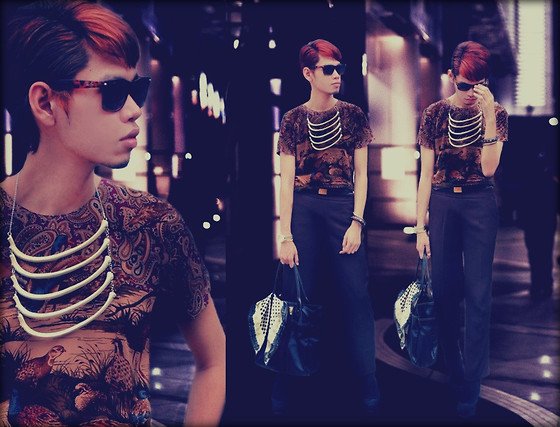 Sometimes, all you need is a statement t-shirt and a nice pair of black slacks to coordinate a fashion-forward nightclub look. Rhonnel kicks the style game up a notch by adding some flashy neckwear. Image via Lookbook. 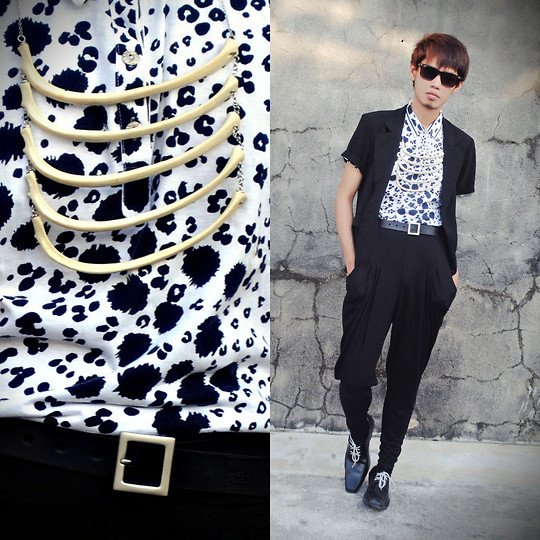 Or, keep the necklace and go futuristic dapper with an animal print polo, short sleeve jacket, and tailored harem pants. Image via Lookbook. 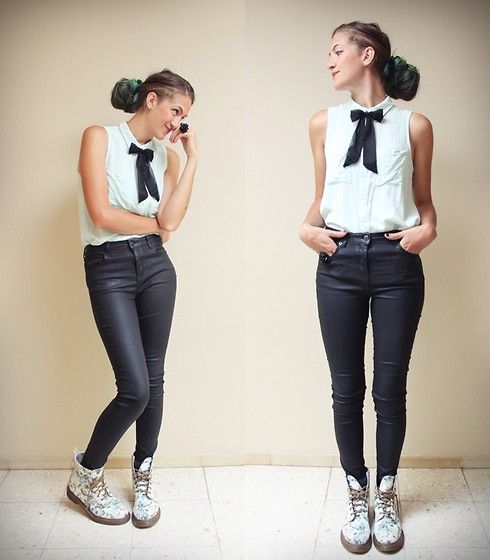 Mix hard and soft: A delicate tie and flowy short-sleeve button down paired with floral combat boots demonstrates the many ways one can be dapper! Image via Lookbook.