*Republished with permission via Sharpe Suiting

When people would ask me what I was wearing, I would sometimes joke that it was an ‘Oscar de la Rental’. I could never afford a real de la Renta, but I did know a fashion goldmine at the local thrift store where it kept pouring in. Pierre (Cardin), Yves (St. Laurent) and Oscar were my three best fashion friends thanks to all the rich, retired businessmen and ladies tucked deep in a hot pocket of the San Fernando Valley. 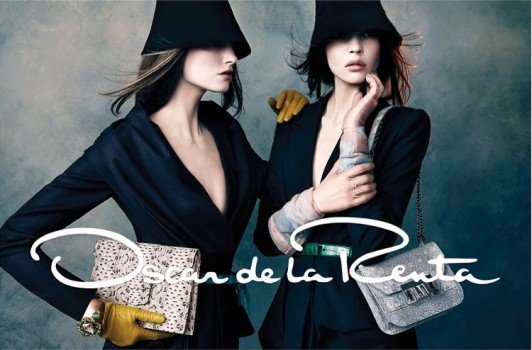 Who am I kidding, no one ever asked me what I was wearing! It was always some sort of pieced together thrift outfit that looked more like a Duckie than an Andie. But who cares, in my mind it was the Oscar’s, Pierre’s and Yves’ (yeah, we’re on a first name basis) of the world who dressed the power players I wanted to be like. Or be with? Ugh, so confusing.

I’ve been many times referred to as an ‘LA Butch’, which if I were 1% ‘butcher’ than I already am (which is A LOT), would be totally offensive. But seeing as I am from LA, and most of you aren’t, I’m quite pleased with this, although I do prefer ‘Butch Lite‘, thank you. (And I’m not that young anymore either, but I’m sure you figured that out from just the topic of this piece.) Barely a stone, but not nearly a diamond, I would probably never wear any of Oscar’s gowns. But a part of me really admired the line between opulence and authority, feminine and masculine, and even uber-polarized gender design elements in his suits (men’s and women’s). Part of me wanted to wear my Mom’s power pantsuit and heels (I said it) and the other part wanted to wear my Dad’s wingtips, turtle necks, and slim suits from the 60’s. In a way, Oscar pulled these two closets together for me.

“Fashion is about dressing according to what’s fashionable. Style is more about being yourself” (Thanks Oscar!)

Speaking of closets, I feel like I just outed myself in some way. So, while I’m liberated, I will tell you that I went to fashion school and learned how to make pants, blazers, shirts and dresses. All my patterns were inspired by either rough-edged magazine pull outs of my three best friends above. Yeah, there were a couple Gucci’s, Dolce’s, and Versace’s, but I felt repelled by what seemed to be a design arrogance. I’d take classic style and clean lines over the overly ornate any day. If you don’t know, I’ve disco-balled my entire house, so I’ve filled my bling quota.

“I want to make clothes that people will wear, not styles that will make a big splash on the runway.” – Oscar de la Renta

A lot of de la Renta’s inspiration came from his birthplace, the Dominican Republic. The mixture of color and silhouette in both his menswear and womenswear led the eye to all the right places with the perfect drape, shape, and line. To me it really just looked like a businessperson who was way ahead of the fashion curve or like a princess who could totally kick your ass.

“We live in an era of globalization and the era of the woman. Never in the history of the world have women been more in control of their destiny.” – Oscar de la Renta

He worked his way up from head pin-picker-upper at Lanvin, Paris to NY and in 1965 finally gave birth to his own line. He’s been suiting and dressing power players, first ladies, and clearly even a handful of San Fernando Valley working women ever since. He’s also famous for ‘the Hillary Pantsuit’, suiting every first lady since the 60’s, and more recently for gowning George Clooney’s wife. (Keep the tags on girl!) Oscar struggled with cancer since the mid 2000’s and finally lost the battle, so it is suspected. God bless.

“The only realities in life are that you are born, and that you die. We always think we are going to live forever. The dying aspect we will never accept. The one thing about having this kind of warning is how you appreciate every single day of life.” –From CNN

Thank you for taking the time to read about my strange fashion struggles in relation to this awesome designer. Keep digging through them crates to find those gems or teaching yourself how to sew, sew you can make your own interpretation of these designs that actually fit you, whether it’s masculine or feminine. Whether it’s a de la Renta or a de la Rental, make it werk.

About the author: Vanessa Craig is the promotions director for Sharpe Suiting and avid thrift shopper. She and her playwright partner in crime, Gina Young, produce and promote an event called ‘Pantsuit, Inc.’, a monthly night focused on bringing together queers who like business meetings, networking, and wearing power suits.

Craig’s other writing acolades include all the TV-themed copy for their current kickstarter. Check it out! It’s funny and for a good cause: http://bit.ly/SharpeSuitingKickstarter 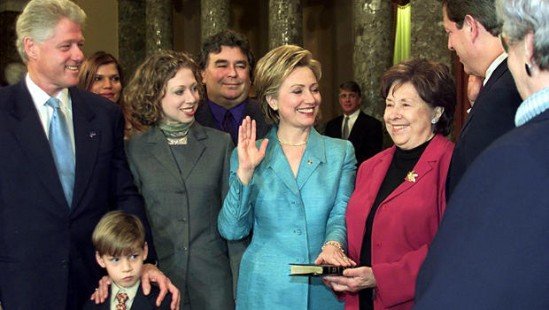 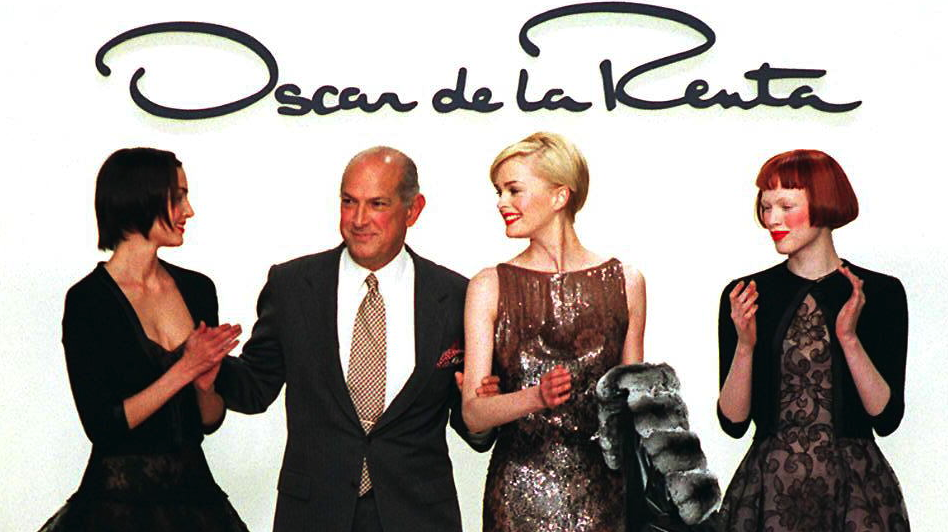 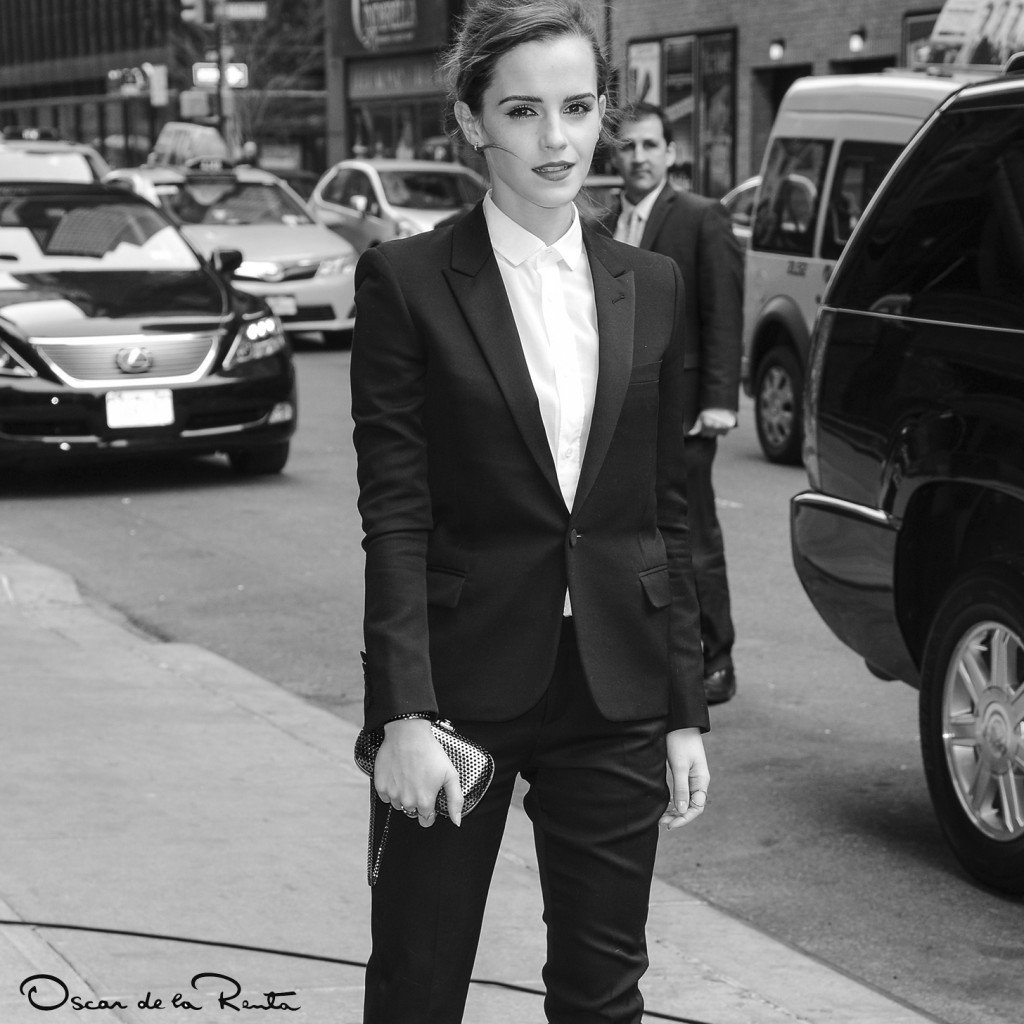 Written By
Guest Authors
More from Guest Authors
Have you ever walked into a store and tried on a pair...
Read More